2 days 'til Christmas, man what even was this year!

Yesterday was eventful, went to Muar to see one of my bestest friends get married. She had been so nervous leading up to the wedding so I'm glad it's now all done and dusted with and she's happily married! I've only known her less than 2 years but she's honestly the kind of friend that's made my life just so much more colourful. And I get to see her everyday. And we text literally everyday. I'm just so happy she's so happy!

(Edit: Right, so this was abandoned for a week and this is only going out on the 30th of December '18, Anis got married on the 22nd).

Anis' kampung was so serene and quite lovely with the small roads roofed by tall trees. It was so pretty. As was the bride herself. 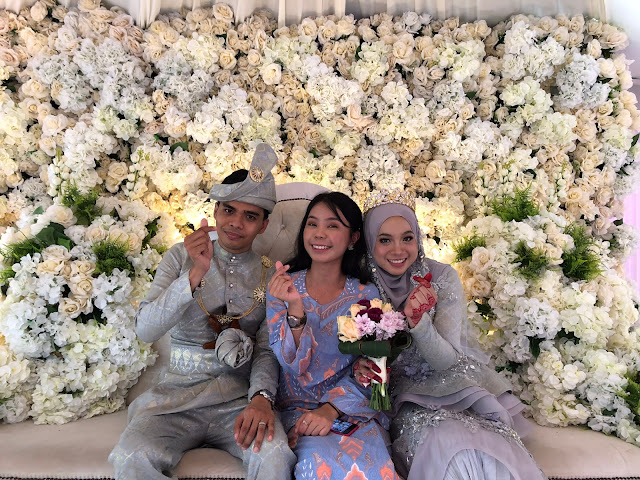 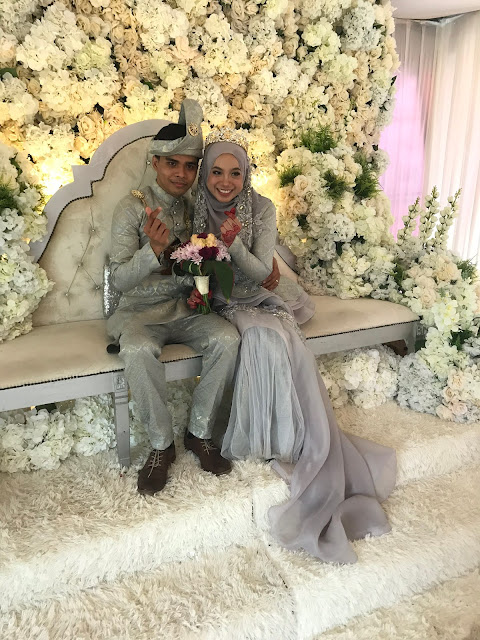 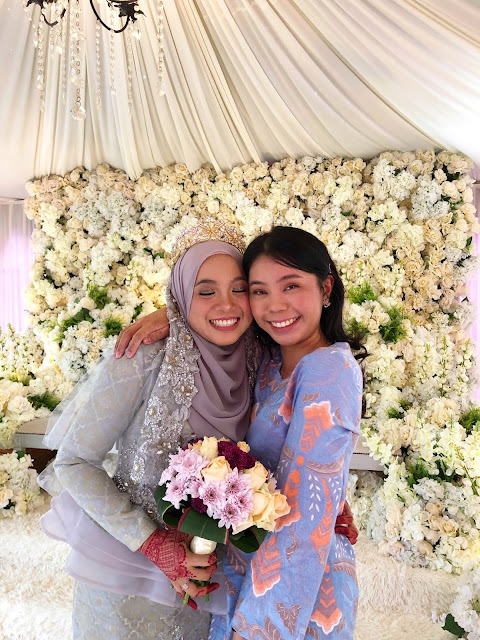 The week leading to her wedding up 'til the New Year, Anis has taken off so I won't see her 'til work reopens on the second and already I can't wait to hear how married life's like. She said after her nikah she ate without even thinking of her husband because she forgot she's now married hahaha

Came back from the wedding and left to celebrate Diy's birthday at an Airbnb she got. Earlier in the week she texted me asking for a favour

"Nadia, you're my big sister right, can you do something please because I know you're good at it. Can you tell people to shut up if it gets too noisy??"

but guess who was also screaming and laughing way too much?

But it was really very fun and I've realised that house parties like theses make up for a better time than at restaurants. We played games and had good potluck food and then screamed for more games and sang to a lot of 'thank u, next' which I absolutely loved hahaha 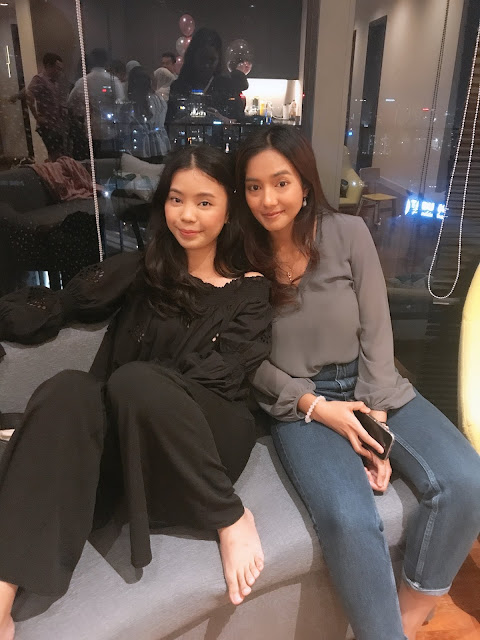 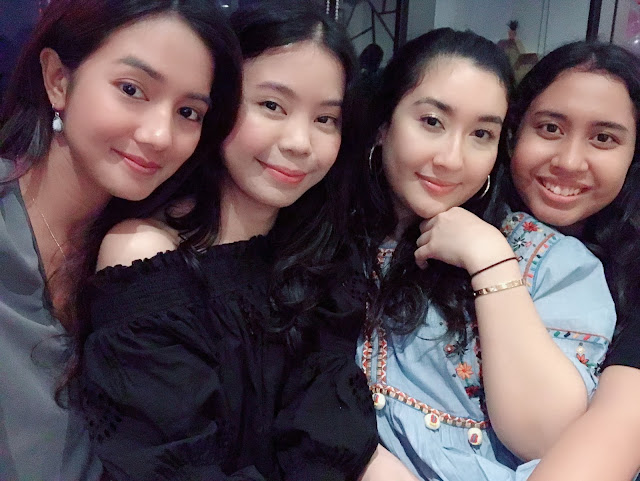 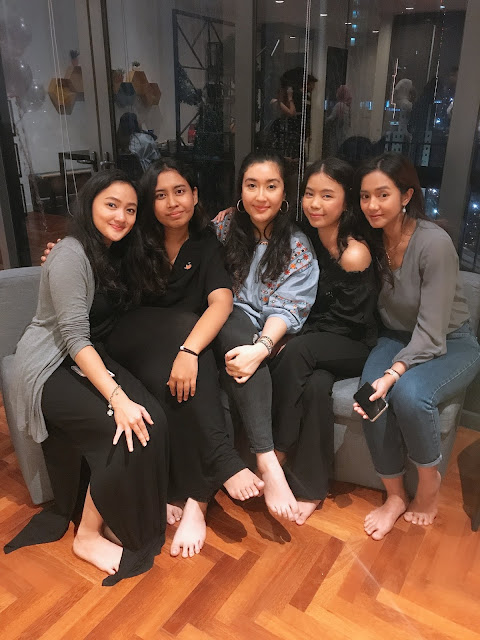 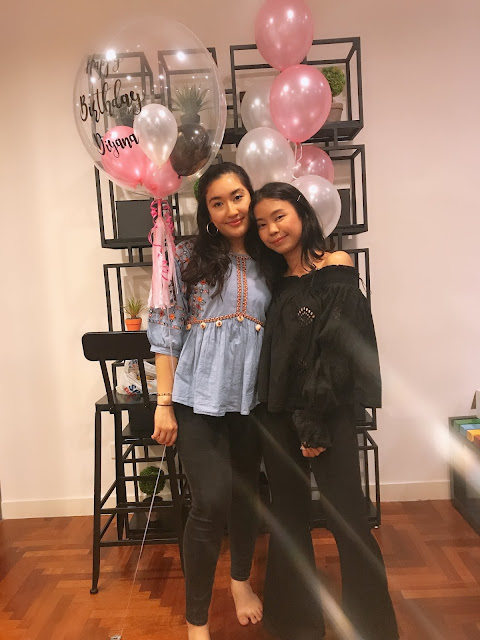 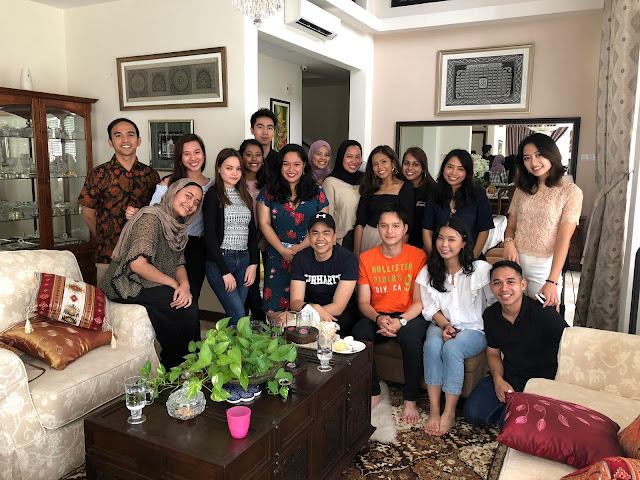 Not related to Diy's birthday but this is from Hanna's little get together at her place. It was a potluck situation so Tania made her roti jala and I... ate it. Hahaha! Glad that everyone liked it because it really is very good! Thanks Hanna for inviting us over, we love you and all the best for your upcoming papers!!! You can do this eyes closed!! xx 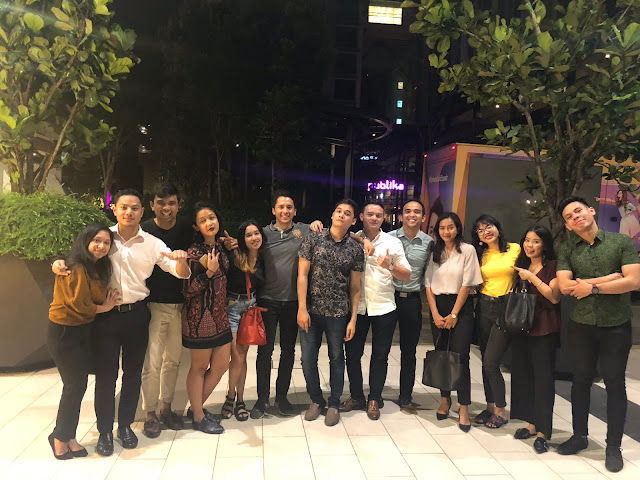 Also I'm enjoying football more than ever now that Ole Gunnar Solksjaer's the new manager. Albeit just temporary but man, what a change! I always try to refrain from speaking too much about football because I hate to look like I live eat breathe the sport because I don't. Atleast not yet! But I have been watching most of United's games since I started with club football and I get it why other United fans are so fed up with Mourinho and the team. So when it was announced that he was fired and that Ole was taking his place, I was just as excited. I've heard of Ole since my dad told me about the arguably most important goal for United - the 1999 Champions League final at Camp Nou, Barcelona. I've watched the treble-winning goal and I've been so blown away by the sheer madness of how late the goal was and how important it was for the club. And it was Ole who won it for them so you can imagine how excited everyone was at his appointment. Well, at least I was. We've accepted that Manchester United won't win the league this time around but it's a consensus amongst fans that it's just so much more rewarding to see that Ole's steered the ship in the right direction. It's insane to see how we've been on a losing streak and then Ole takes charge and it's a 5-1 win! It's been fun watching and not as frustrating! I get it now. How fans get emotional and how they feverishly look forward to match day. I totally get it now. I'm in for the long haul! Ole Ole Ole! 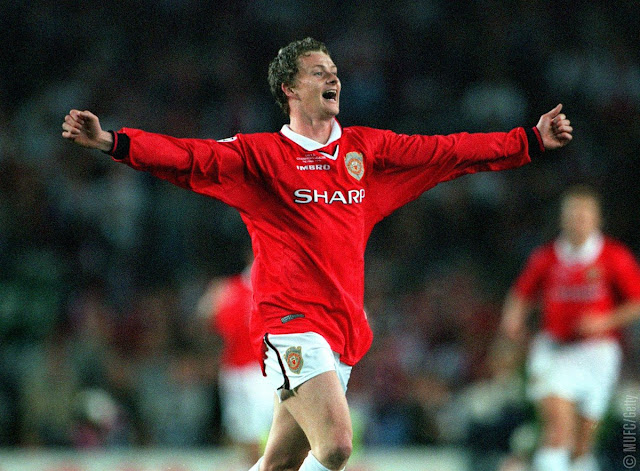 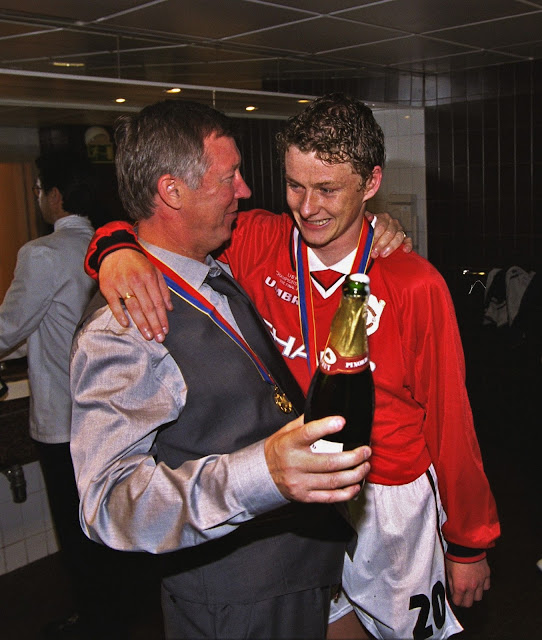 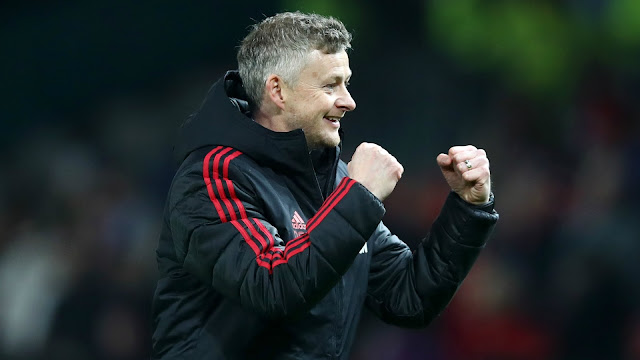 Labels: Fun, Kawan-Kawan, Quick Chats
Newer Posts Older Posts Home
Subscribe to: Posts (Atom)
Hi!
Just a quick run down; I'm Nadia, 29 from the ever sunny Kuala Lumpur. I've been writing here since I was 14 so this blog has seen me grow from a high school kid to now a working adult and hopefully all the way 'til my older, greying days.
Thanks for dropping by and reading, great to have you here.
xx