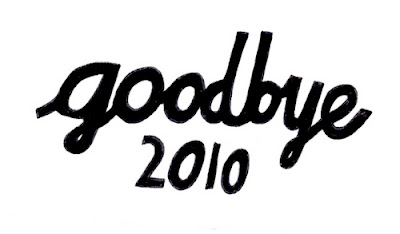 It's 2011.
OK no. I'm typing this at 10:34 on the 31st of December, 2010.
First up, can I just say how super fast like a G6 this year has gone by ? I still can remember my sleepover at Najihah's last year and we walked to and from Curve for the celebration. It was an experience though I choose not to go there again ever. BUT OH WELL.
2010 was an aweesomeeeeeeee yearrrrrrr LOVE LOVE LOVE IT. Though SPM was a pain in the ass, I enjoyed my senior year and am satisfied with how it went. Let's (attempt to) recap.
Ok. This post is way overdue. Atleast there's something. Ok bye now.
Written (technically typed) by Nadia Zainudin at 10:28 PM No comments: 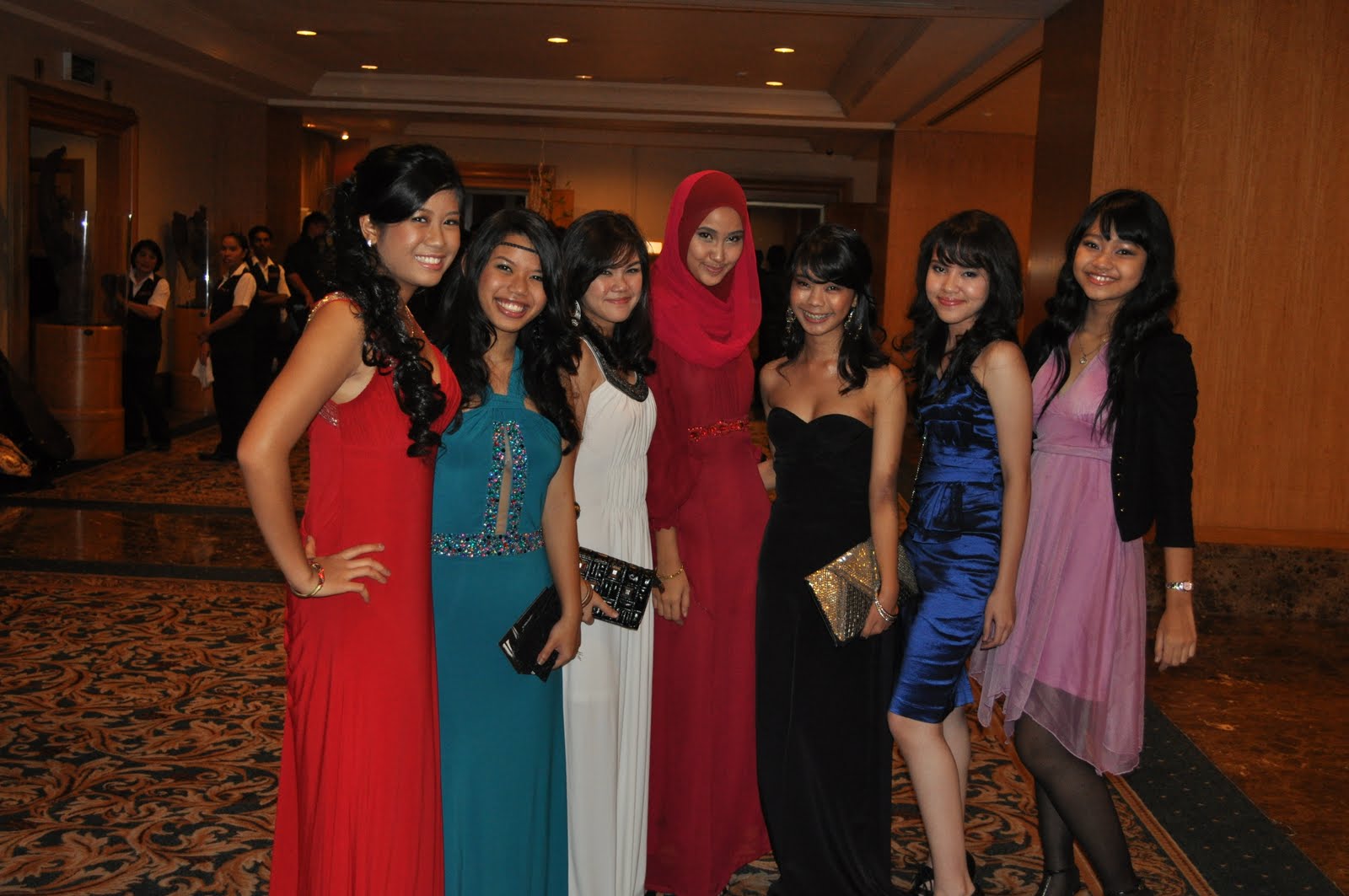 Sisters accompanied me for the night and tagged along. Went to OU for some last minute shopping and then went to the hotel.

Ok, let's just do this is point form

Ok, now what do we look forward to anymore ? Besides, waiting for the pictures from the photographers. Will probably ask them to print every single one !

It's prom day.
Suddenly I'm not looking forward anymore.
Written (technically typed) by Nadia Zainudin at 11:00 AM No comments:

Got back from a day out.
Went to OU with the girls. Though it was just literally, a short lunch date with them at New York Deli. They afterwards, went to KD in search for prom dresses while I stayed at OU. Decided to go for a hair cut. FINALLY got a fringe. I love Keaton. He (besides Don) will be the only person I'll let touch my hair. It's not like we can pause and rewind our hair cuts kan..
Was SUPPOSED to search for accessories, but grrrrl, I came home empty. Besides this shimmer glittery puff thing from Body Shop and make-up brushes that will shed like crazy but heck. Better than getting an expensive ass one from Mac.
I still have yet to buy a pair of shoes, and necklaces, earrings, rings, bangles. Since I'm wearing a super plain black dress (the minimalist dresser that I am) it gives me an advantage to drip myself with (fake) gold jewelry. That's if I can FIND any pretty ones. ANYWAY I SUPER TAK BOLEH SABAR.
I get sleepy so early these days. D'uh. How boring. PLUS I wake up like at 8. And usually, I can't go back to sleep. And I was just about to look forward to sleeping in til noon.
Why am I telling you this again..
CIAO
Written (technically typed) by Nadia Zainudin at 10:15 PM No comments: 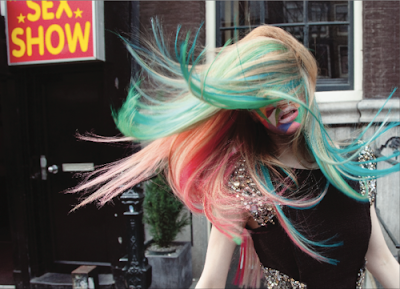 Today, I spent my day at a driving lecture. SUCH A WASTE OF TIME. Got bored out of my mind and I was sleepy 60% of the time. Plus, I was very hungry.
Got home and went to McD and ate in the car. I actually finished my burger AND fries this time. Went to Solaris to fetch Tania and Myra from their cooking class. Went in to Party @ World for prom door gifts and still, no idea. And it's this Monday. Kah kah.
Went out for karaoke with Iman on Tuesday. Sang almost every song we could think of. It all came up to like 20 bucks. Both of us. And thennnnn we had Sakae Sushi for dinner. I foresee many many of these karaoke + sushi dinner dates with Iman in the future ! :')
I've ran out of DVD's to watch. NOW WHAT ?!?!?!?! Ugh. Going out of my mind lah please. And it's not even 2011.
I'm still trying to figure out what to get for people as prom favours. UGH CAN'T WE JUST GET PEOPLE SWEETS AND CANDIES ?!?!
Written (technically typed) by Nadia Zainudin at 8:53 PM No comments: 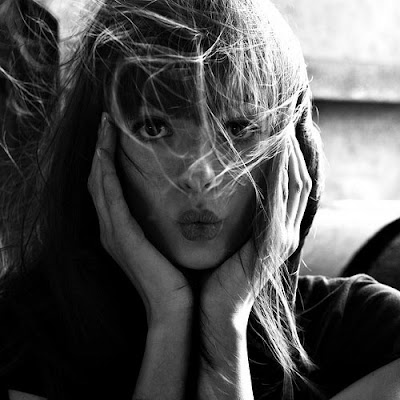 Went to KL yesterday. First was to Pavilion. As usual, headed for Topshop first. Managed to get some things. The paper bags now are so purdy, I love it and I want more ! Haha.
Got a jumpsuit and I'm hoping it can be altered to be a prom dress. Because I am in love with it's upper half. So I'm kinda determined to send it to a tailor who can somehow turn it into a dress. I mean, if cannot sangat sangat, then I mean, pakai je lah jumpsuit tu. It doesn't really look like one. I just can't walk lah kan otherwise you can tell it is in fact, a jumpsuit. BUT I LOVE IT SO I DON'T CARE.
And then I bought a glittery mittery purse just cause it was glittery mittery hehehe. Then we ate at my favourite ever restaurant ; La Bodega. I have been meaning to eat there since before SPM so yes, I was so happy. That made my day. Hahaha :') Then we walked to Cotton On. And God knows how much I love their Cotton On Body collection. Comfortable pj's and underwear, I'm telling you. Got harem pants meant for sleeping and I'm wearing them right now and I love it. Planning to go there soon with a bunch of friends so I shall get my hands on some more comfy clothes.
Then went to Marc by Marc Jacobs. And got myself a laptop cover. HEHE. Then we went to KLCC.
Sole reason was to visit the newly renovated Topshop and it's soooooo much bigger than the previous one. Headed straight to the make up shelves. SOOO EXCITED hahahaha. Got some things and I can't wait to get more. Then we went to go eat at Chinoz. I didn't really eat because of my late lunch at La Bodega but whatever. Saturdays at KLCC are not advisable. Sundays too. So crowded, I got irritated by everyone walking.
Fetched Iman and Mikhail and left for home. Went on Skype with Hafiz. He showed me what he bought from Primark and his prom shoes. I've seen his tux so it's like there's really no surprise come prom. -____-
Speaking of prom, I'm stoked ! Cannot wait :')
Ok, I'm hungry and my parents are not at home.
X
Written (technically typed) by Nadia Zainudin at 11:55 AM No comments: 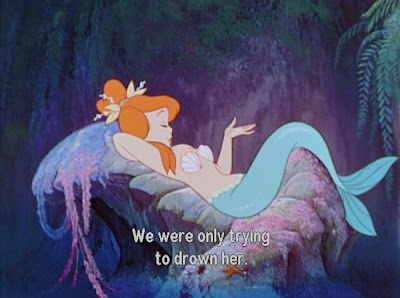 Been in bed all day. I'm bored and experiencing a headache.
Nowhere for the holidays and it's nothing different. Kinda used to staying in for the holidays. I sound like an ungrateful brat BUT COME ON. Ugh.
I should go hunt for a prom dress soon but I don't know where to start. If anybody knows a tailor who is desperate for business and is available to do a dress in a span of a week (or a couple of days, people, if Project Runway people can do it why cantchuuu ! Haha), tell me. Kthx.
Stacks of dvds waiting to be watched. Currently on Private Practice.
Wow I sound so boring. Trying to construct a list of Things To Do. And actually get them done.
First up, clean up room.
Second, find a prom dress. Why aren't they any here in Malaysia ?! :( Nice black ones. I was opting for colour but a black one is hard to find let alone a fuschia one !!!
So stoked that they opened a Mac (as in the cosmetics) shop in OU. Now I don't have to trouble myself (and mum) by going to Mid Valley or KLCC. Hmm...
LOL it's like I'm talking to myself. Is there anybody even reading this ?
Written (technically typed) by Nadia Zainudin at 6:17 PM No comments:

Things I Want To Remember So I'm Posting It Up Here
HMM
I shall go make a list of things to do now. STARTING OFF WITH MY ROOM. It is so messy and that's coming from me !
And then there's prom.
And then there's shopping (hahahaha).
K bye x
P/S : PEOPLE, please don't abandon your blogs, I miss reading them ! ESPECIALLY Ila, Yahi, Ashley, Rachael, Jia Wen. I'LL LOVE YOU FOREVER AND EVER IF YOU UPDATE x
Written (technically typed) by Nadia Zainudin at 1:18 AM No comments:

Newer Posts Older Posts Home
Subscribe to: Posts (Atom)
Hi!
Just a quick run down; I'm Nadia, 29 from the ever sunny Kuala Lumpur. I've been writing here since I was 14 so this blog has seen me grow from a high school kid to now a working adult and hopefully all the way 'til my older, greying days.
Thanks for dropping by and reading, great to have you here.
xx