My week in college

Monday was batch photoshoot day !! The school had a professional photographer for the day and had the whole student body come down and take a photo. Can't wait to frame it up !!

Being one of the shortest girls in my batch (there were about 25ish of us) we had to sit on little kindergarten chairs !!!!! :( Downside of being kid sized. 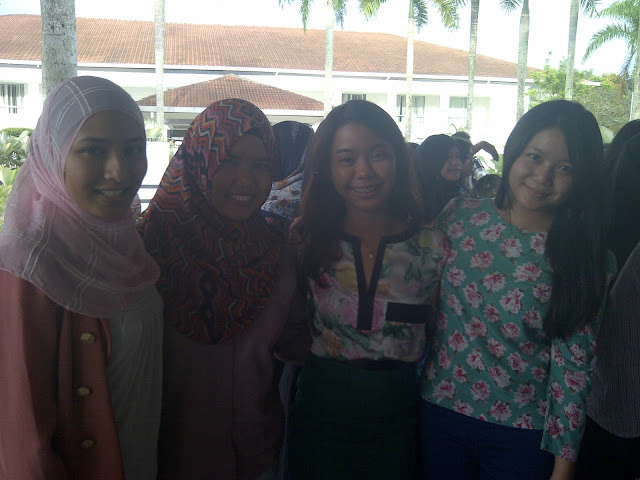 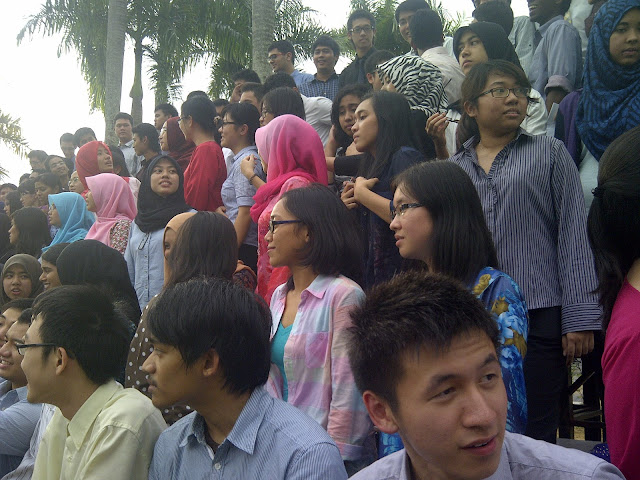 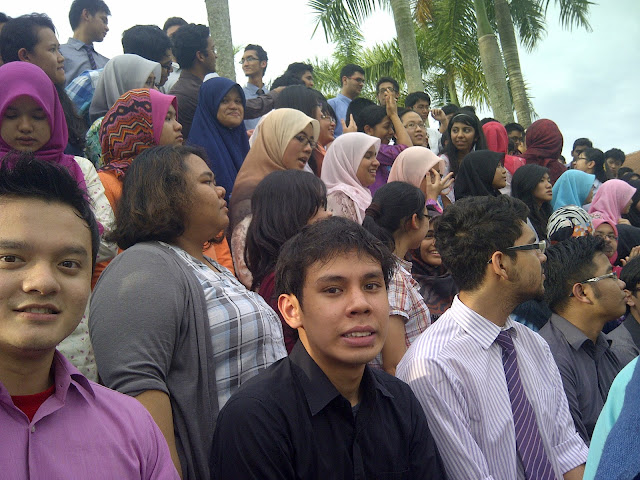 In other unrelated news, there's this cat outside the cafe that comes in all the time and 'lepak' with us. Not me though, if there's a cat in the cafe, I'll retreat to my duduk bersila position and wish and pray it doesn't come and jump on me. I think the cat favours Olan. 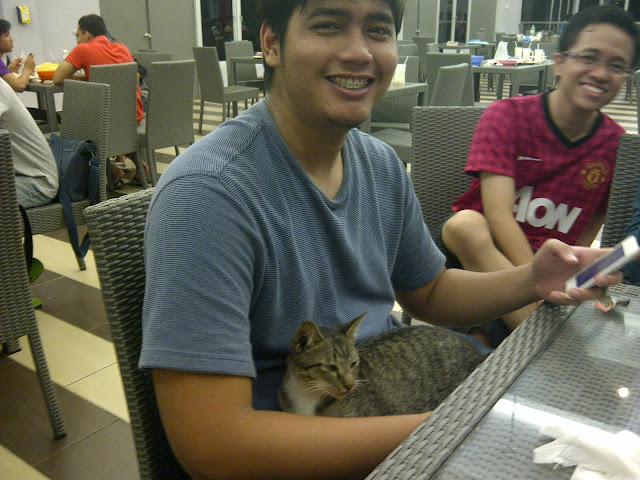 And after tweeting a desperate plead for anyone to burn a mixed CD for me, my baby girl Marissa did it for me and left it out in my common room for me to find the next day. Sweetheart ! It's now in the car for EVERYONE to enjoy (especially me sebab ada One Direction hehe) 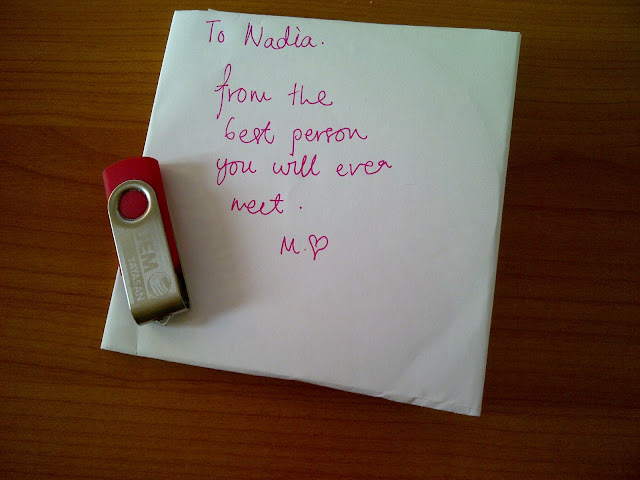 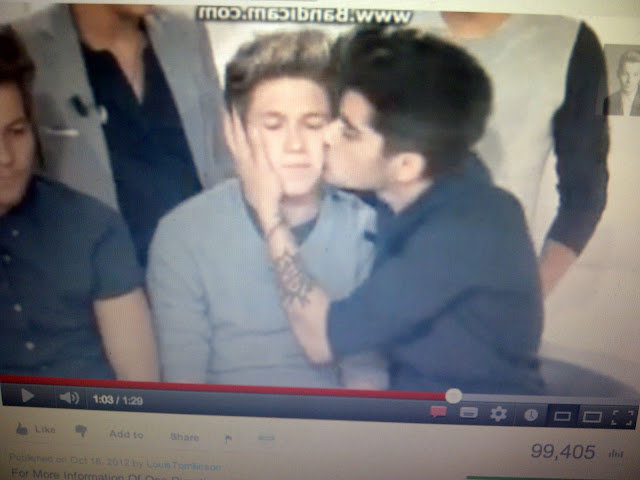 Have yourself a great weekend ahead xx
Written (technically typed) by Nadia Zainudin at 7:35 PM No comments:

I've never had a favourite boy band growing up; so while everyone was shrieking over N*Sync or Backstreet Boys or Westlife and the like, I never did. Didn't get the hype, to be honest.

So why the sudden interest in this band right? In my defense, I've always liked them right from their X-Factor days but never quite went hysterical about 'em.

'til of course I listened to Little Things. 'I love it' would be an understatement of the year because it's such a good song, so calm and mellow, unlike their other songs. So after the umpteenth time listening and singing along to this Ed Sheeran written song, I went and Youtube some of the videos.

And never looked back.

I LOVE THEMMMMMMMMMMMMMM !!! Doesn't help when you have Diy as a friend because she's such a big fan girl and has been my go-to person when it comes to One Direction.

This might be just a phase but my God, for the time being, this phase is pretty overwhelming and all I do now is 1D hahahaahaha teruk jugak lah but I can't explain why it's so sudden. Been listening to their songs on my iPod and watching their videos (interviews, music videos, behind the scenes etc.) all the time now, it's getting worrying !!

I even bought the Vogue UK for them ! Lololol my sisters back home reckon I'm mad.

I love them so much now because they're so funny, evident from all the interviews and concert moments I've watched. They have such a presence about them. And they defy the stereotypical idea of a boyband. They don't dance and their choreography on stage is basically them assembling in the center and run around stage, jumping with the beat of the music. Which is weird because they have Wade Robson as their choreographer. And they all can sing !!! Some boybands out there we know there's always that star performer (ahem Justin Timberlake in N*Sync) who has the most solos in songs. The boys are ALL star performers; all outstanding in their own way. You know how in a band, there's bound to be someone who shines the most (like Beyoncé in Destiny's Child and like above, Justin in N*Sync) ? One Direction, all of them are just as important so it's impossible to say who's the fan favourite. Though, if I had to choose... k no, I can't.

Ok I sound like an ambassador for 1D. Hahaha just love them too much to not share !

I promise better posts than this in the future hahahaha 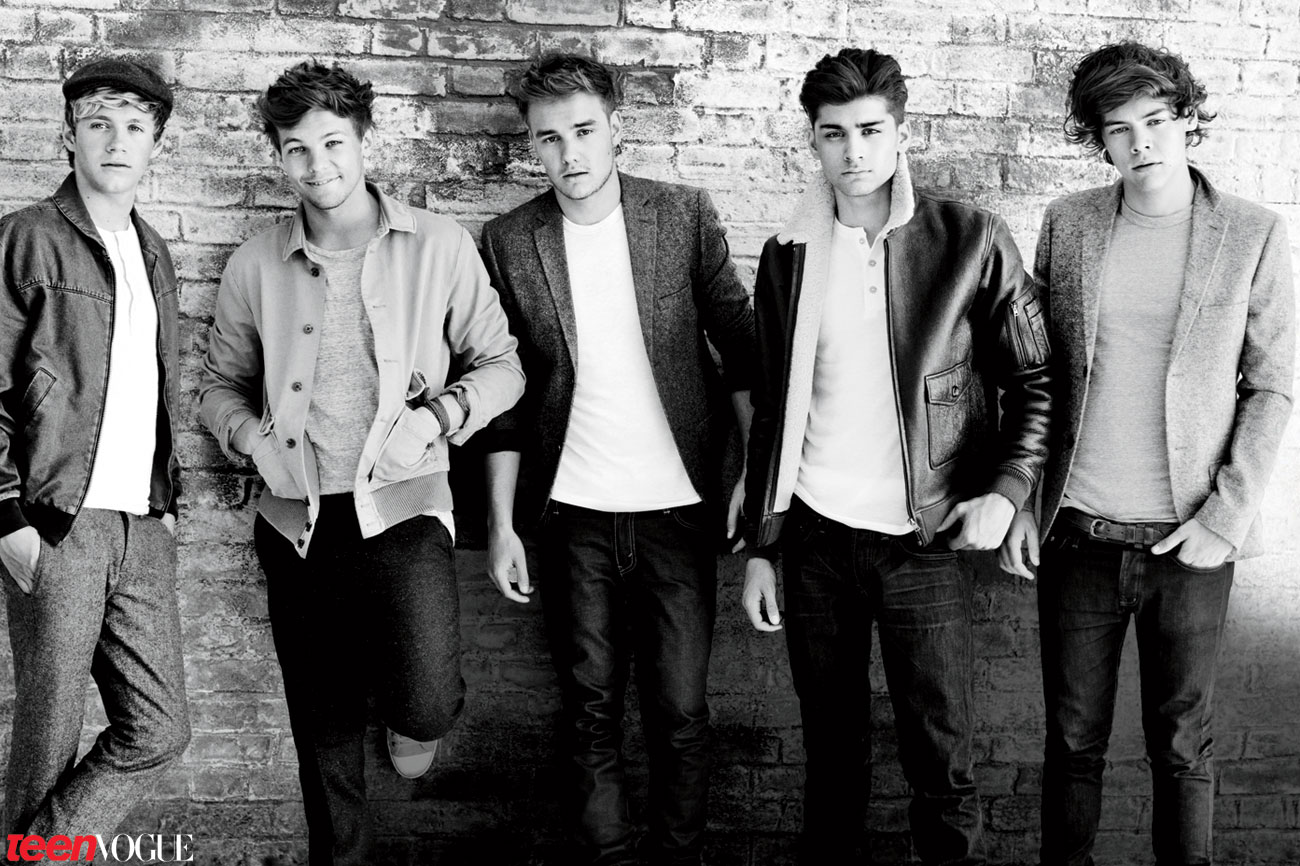 Written (technically typed) by Nadia Zainudin at 5:31 PM No comments: 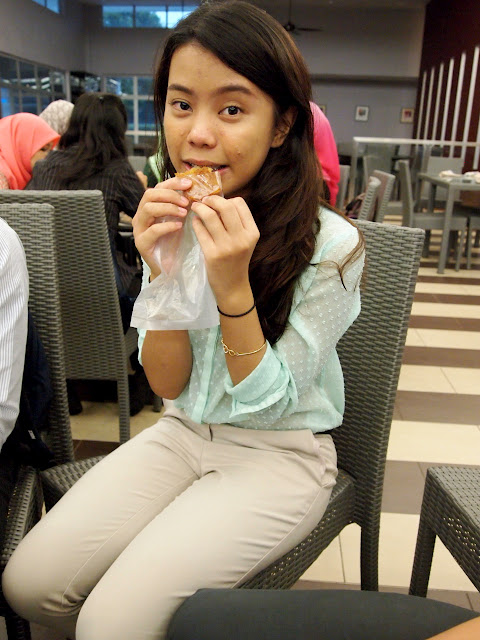 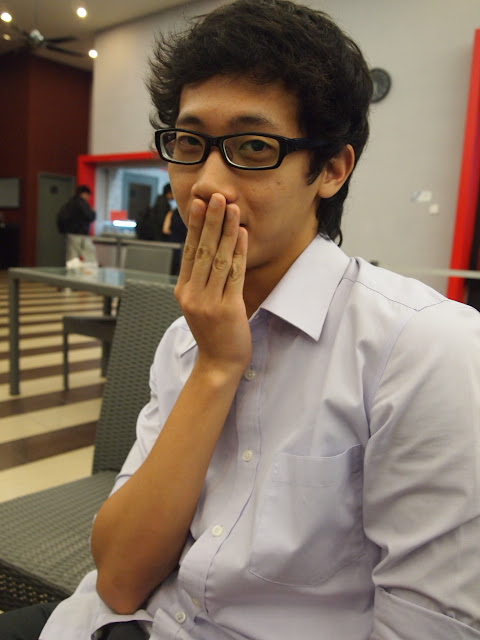 Me enjoying my RM1 hashbrown from the café and Tariq NOT being himself.
Written (technically typed) by Nadia Zainudin at 1:21 AM No comments:

Took our chaletmate photo today (finally!!) and because it was raining, we decided to have our 'photoshoot' indoors in our humble abode. Almost a year and a half now with these girls !! Plus Sheema of course, missing her immenselyyyyyyy 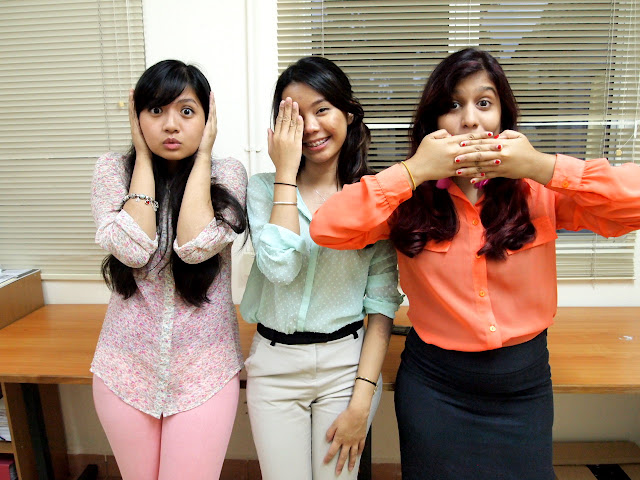 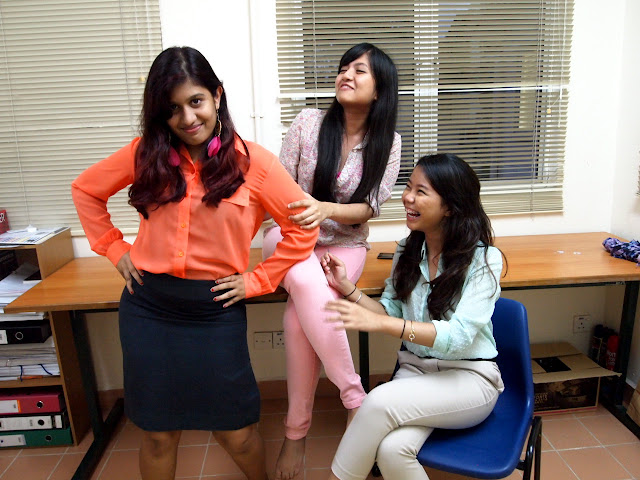 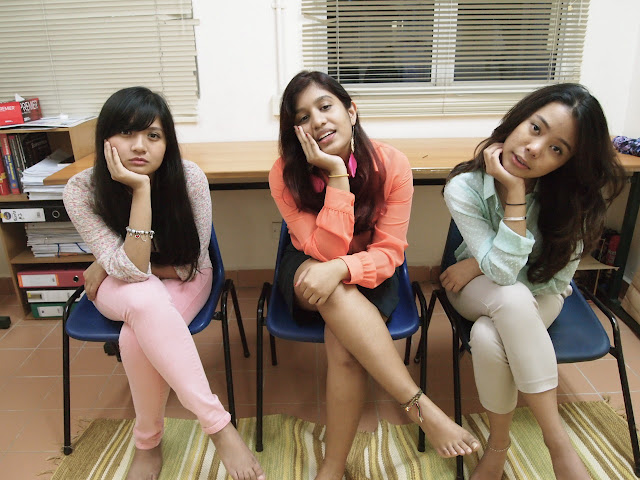 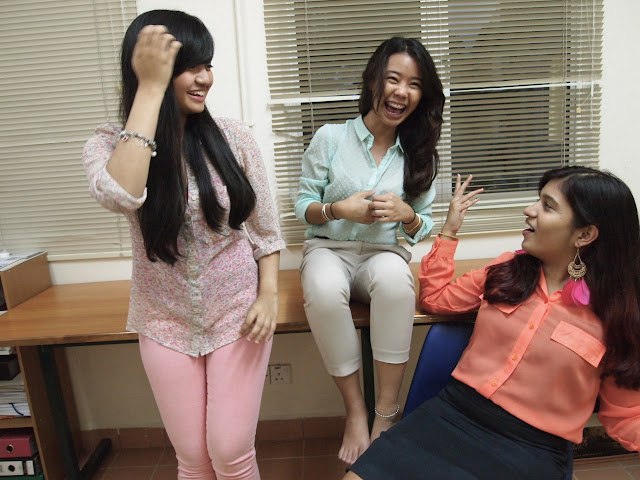 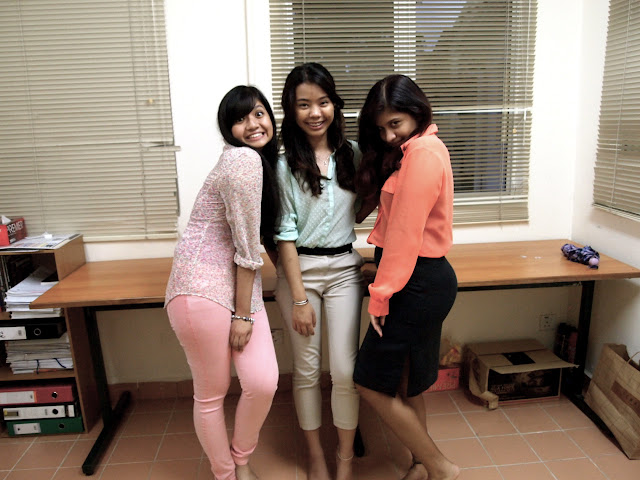 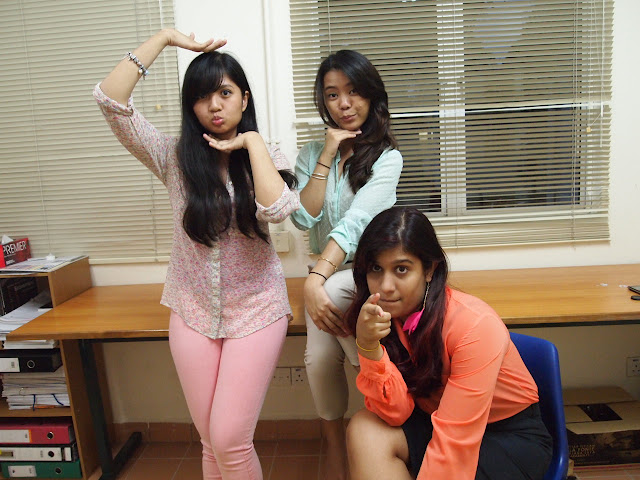 We 3 are so different from each other, one wonders how we've put up with each other for the past year and a half. Grateful though that we managed to get a chalet together ! We have Diyana, clearly the most studious and most disciplined amongst us three and is the sole reason the chalet is as it is. And then there's Kaveetha, the chalet CLOWN and everyone's favourite person to be with. Sheema (who has left to pursue other interests outside of KY) will always always be a part of L30 and albeit being the ninja of the chalet (every chalet has one at least), is the most helpful girl everrrrr and we all love her xx

Just to fill you in on who I've been living with since I got here. Dahlah masuk Garnet ! BLESSED !!

So one photo for the yearbook ! 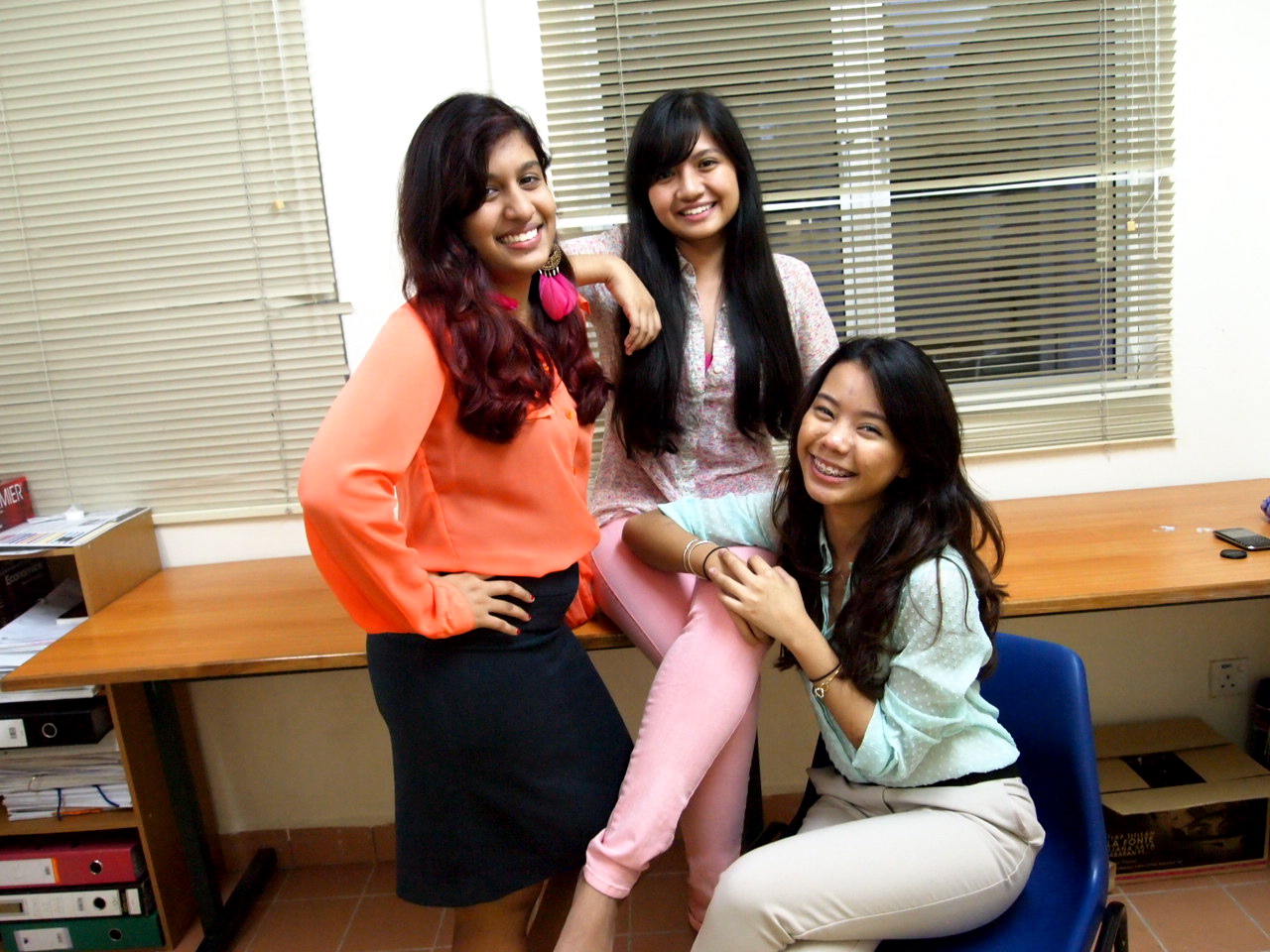 ..... and another one that basically summarizes our relationship in this chalet - of Diyana and I trying to control Kaveetha and her crazies. 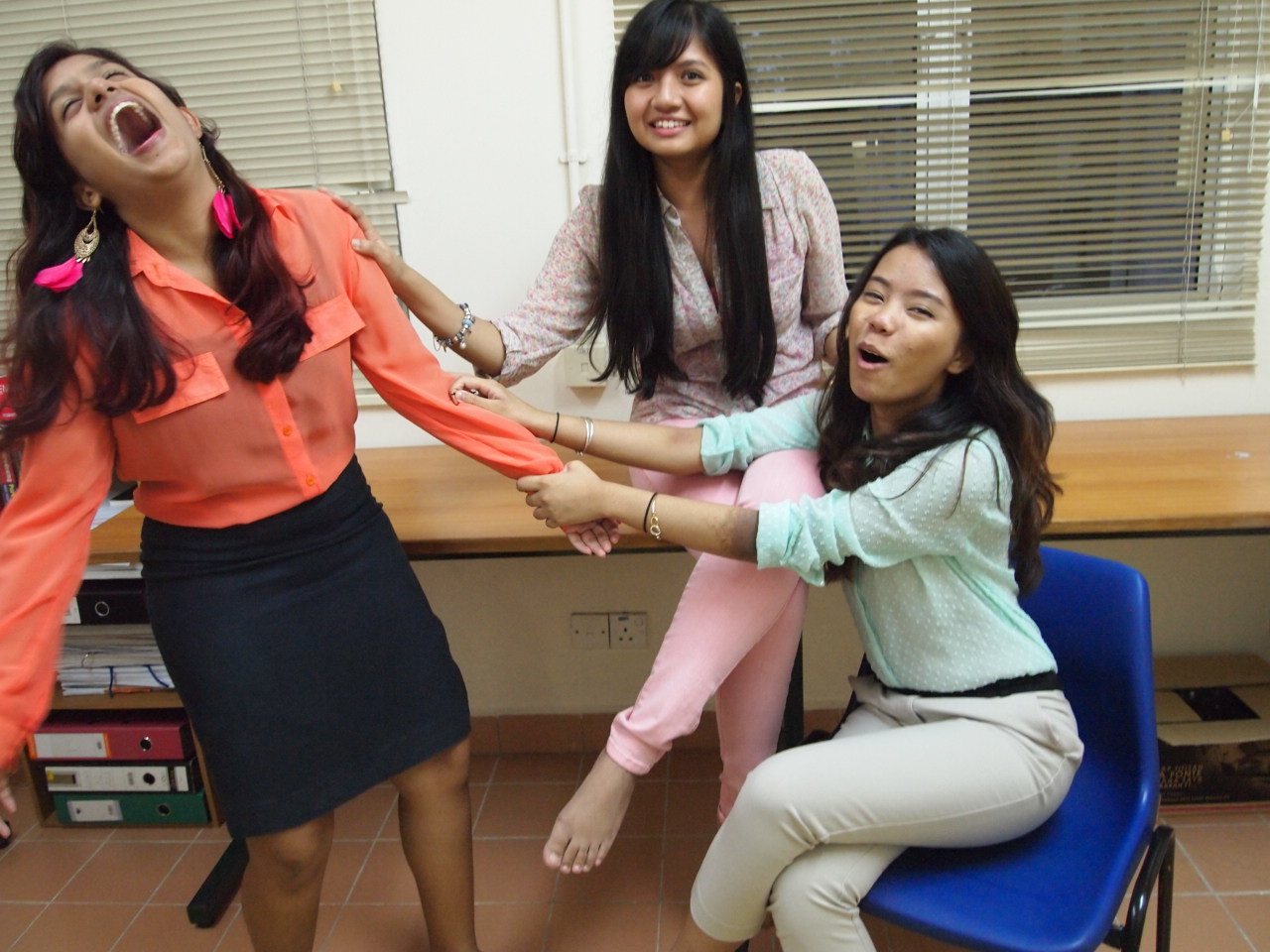 Written (technically typed) by Nadia Zainudin at 1:15 AM No comments:

... and with a Topaz win over Garnet in the Female Basketball, Sports Carnival 2012 is over.

I don't mean to be a Hallmark card but I can still remember my first SC here last yea with my seniors. I love supporting and cheering on for my Garnet team as much as I can.

I especially love the basketball games !! Diamond and Sapphire boys are astounding in their gameplay and passes and scoring. So much class ! Diamond basketball team has always been the champions around here so it's no surprise they've emerged as the big winners. So proud of them !!!!

I still am unclear as to who won what but I'm just so mad proud of everyone who participated and put all their efforts to win for Garnet. Just so much love for my Garnetrons. The bestest around ! 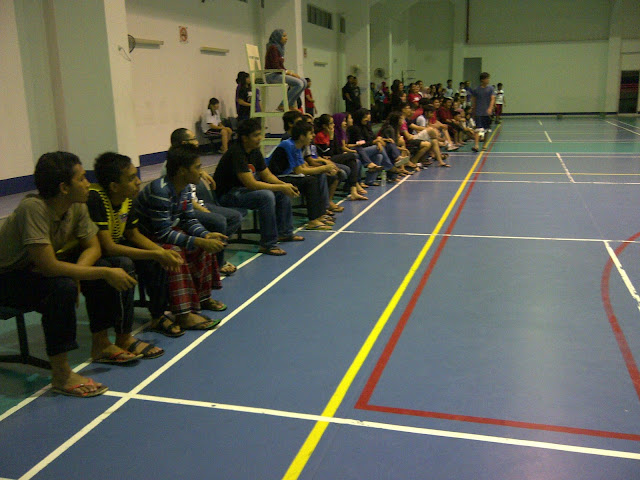 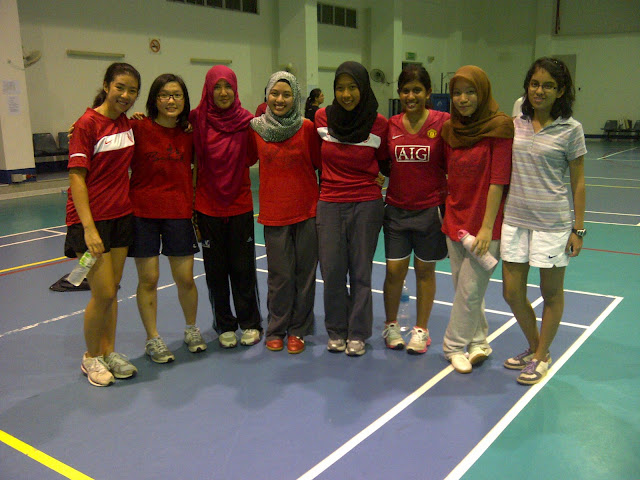 The basketball team that I'm proud proud proud momma of !!! Especially proud for my chaletmate, Kaveetha for her 2 baskets for the first game and ONLY THE BEST EVER LAST SECOND SHOT for the 2nd game against Topaz. Literally, the Topazians were already shouting 5.. 4.. 3.. 2.. when Kaveetha managed to get in a point for Garnet. PROUD !!!!!!!!!

But I think the best part of it all was when everyone came together to support and cheer for Garnet and it makes my heart just so happy and I'm just ugh the proudest of everyone !!!!

SO SO SO SO SAD that this is the last sports carnival for 14.0. Can't believe it's already the third semester for us. I'm going to go cry to sleep now.

Night everyone ! Have a splendid weekend !

(More photos, all 4 courtesy of Shaza!) 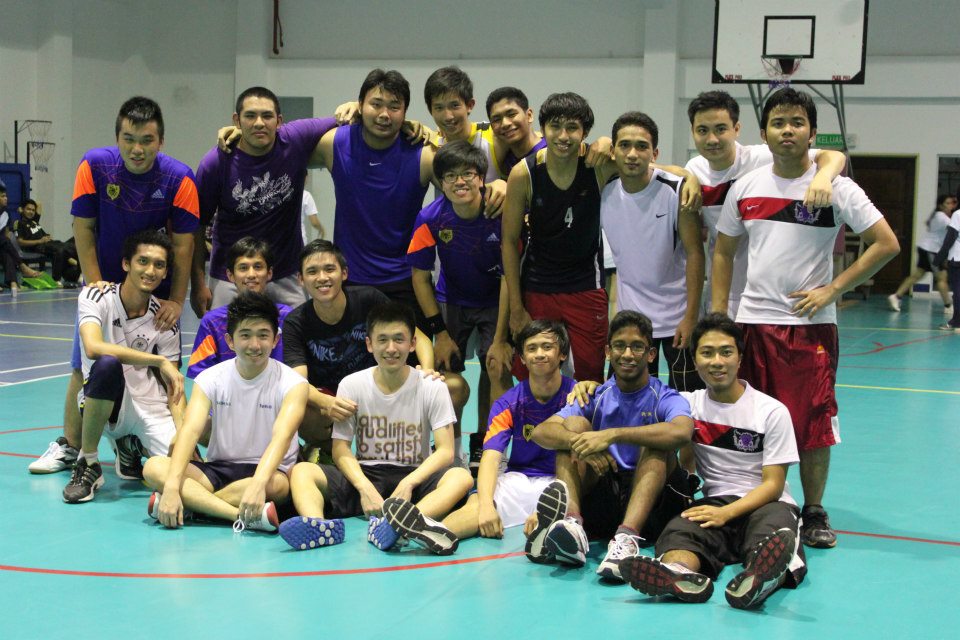 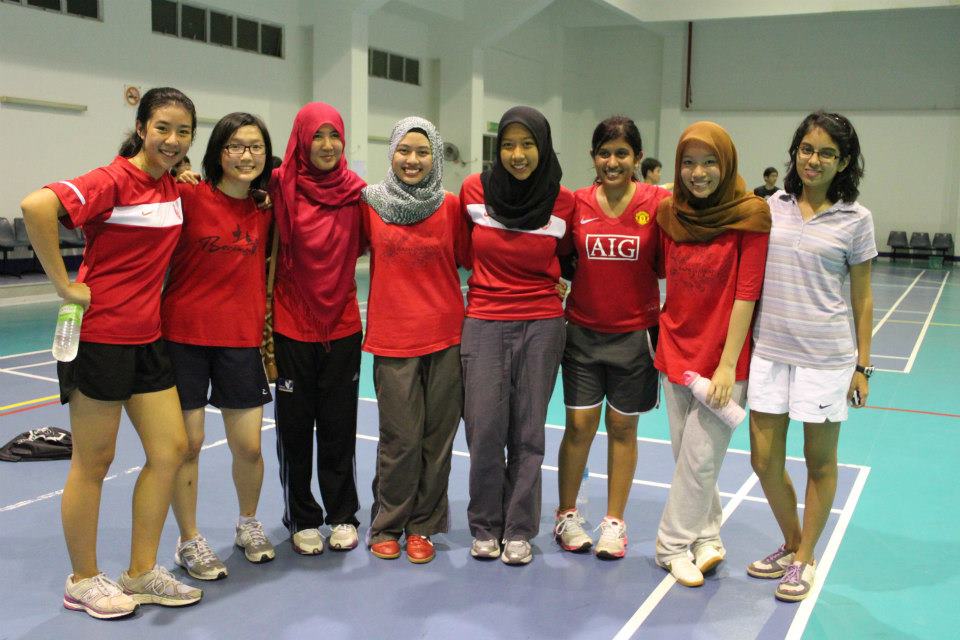 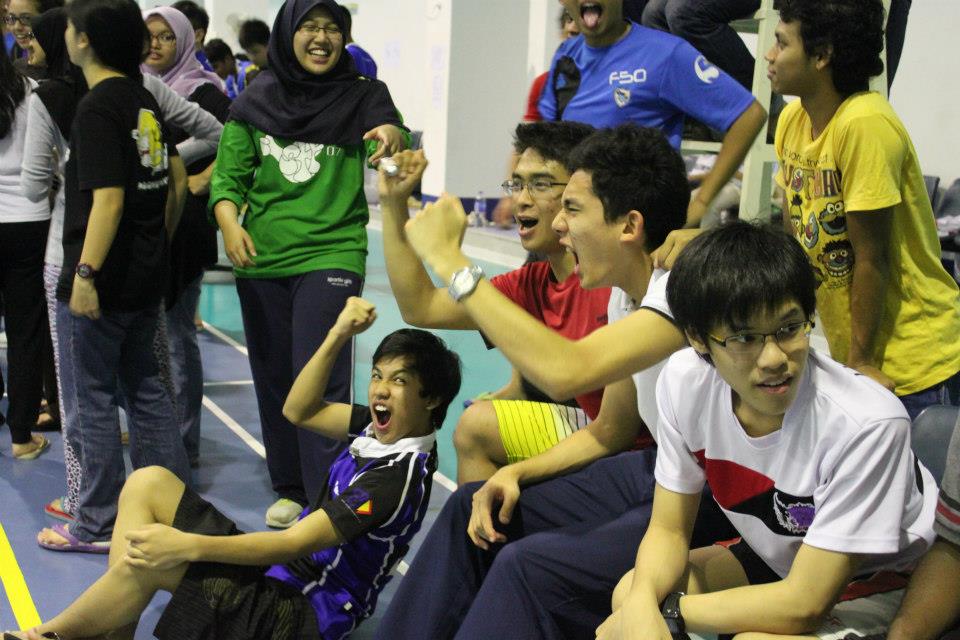 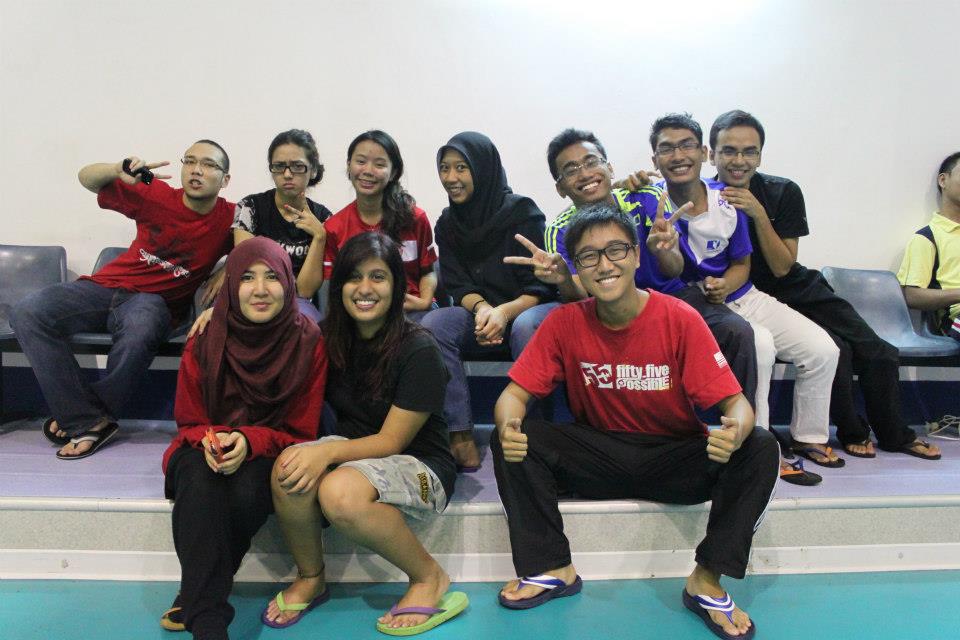 x
Written (technically typed) by Nadia Zainudin at 12:39 AM No comments:

Labels: College, Kawan-Kawan
Newer Posts Older Posts Home
Subscribe to: Posts (Atom)
Hi!
Just a quick run down; I'm Nadia, 29 from the ever sunny Kuala Lumpur. I've been writing here since I was 14 so this blog has seen me grow from a high school kid to now a working adult and hopefully all the way 'til my older, greying days.
Thanks for dropping by and reading, great to have you here.
xx