Long time no update!! I promised myself I'd write something this weekend to have this blog up and going again. I missed writing - I just didn't know what I wanted to write about. So when that happens, I usually just do what is easy for me - updates.

What I've Been Watching

I've been spending all my time on my laptop watching House of Cards. I don't know what prompted me to start but I just did. And I'm glad I did - it's so good! I've watched the first 2 seasons before but I dropped it for season 3 because it got boring for me then. I'm enjoying it now so I'm determined to stay 'til the latest season. This hasn't done anything to my Korean skillz though - I realised how quick it is for me to forget the language when I don't practice it everyday. My 'practice' would often be watching shows and listening to Korean music but I haven't done that in what seems to be ages so it's gettin' rusty. Need to start getting back real soon.

What I've Been Listening To
Day 1 by Honne
Sanctify by Years & Years
Ddu-du-ddu-du by Blackpink
Still Good by DNCE
She Don't by Ella Mai
Dance To This by Troye Sivan feat. Ariana Grande
Money Honey (Count Me In) by Dipha Barus, Monica Karina
Indah Pada Waktunya by Rizki Febian, Aisyah Aziz

and very recently (as in yesterday kinda recent)

What I've Been Doing

I went for my first KLFW show ever and safe to say that I'll choose to not go to another one again. If you have me on Twitter, you'd know why exactly from my rants there. Basically, it's a stifling event with no inch of room for designers to truly be creative and come to their own as a brand. It's predictable, literally the same set-up every year since it's established. It's not an event to look forward to and it's poorly managed and organised and I hate how the Malaysian culture of Instafamous kids is seeping through the event with them being within the front two rows and designers all the way in the back. It's an obvious play of who's who rather than the whole fashion show itself. I hate it and I won't go again if I had a choice. Here's a link to an article originally published in NST but has since then been deleted. It echoes my thoughts on how KLFW is nothing but a fancy name. A revamp is much needed. Maybe start with having the designers choose their own location? Maybe not at a mall? Maybe less time on unnecessary speeches about GST (this happened I swear)? Maybe don't care for social influencers? Maybe not have the royals on special chairs? I mean, Queen Elizabeth didn't sit on a fancy throne when she was at a fashion show with Anna Wintour? 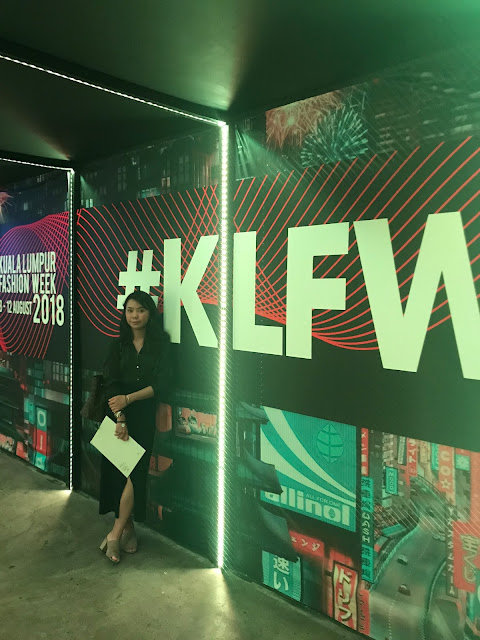 At Kyo (and this was my first time there ever hahaha) for a trend forecasting talk. 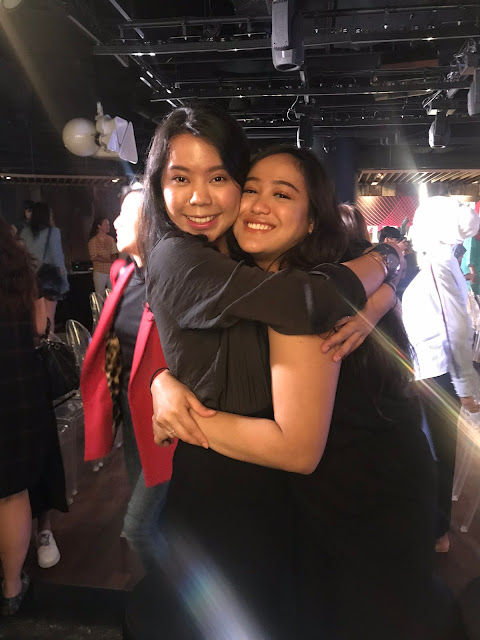 Bumped into my sweetheart of a cousin, Raha, who was working for this year's KLFW.

My mum received news that she'll be transferred to a new school and so this week she's gotten so many surprises from her current school as her farewell. It's very, very sweet and it's shown me just how wonderful and generous she truly is. I mean, I've always known but it's just really nice to see she means a lot to all of her colleagues. My mum can make friends with anyone and everyone so I don't doubt she'll be so loved in her new workplace but can't help but feel sad that she's leaving her current school! Tania and I went to her school on Friday to surprise her with a cake.
Love my mother, she's all I want to be. 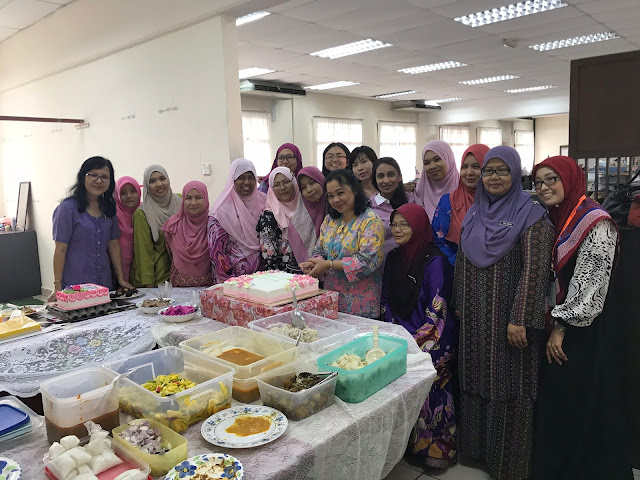 My mum is the queen of organising potluck at school and almost every week there's a makan makan. The teachers took the effort to place lace table cloth during the farewell because God forbid there isn't one when Mama's around. I love seeing how she's adored and loved by everyone there. 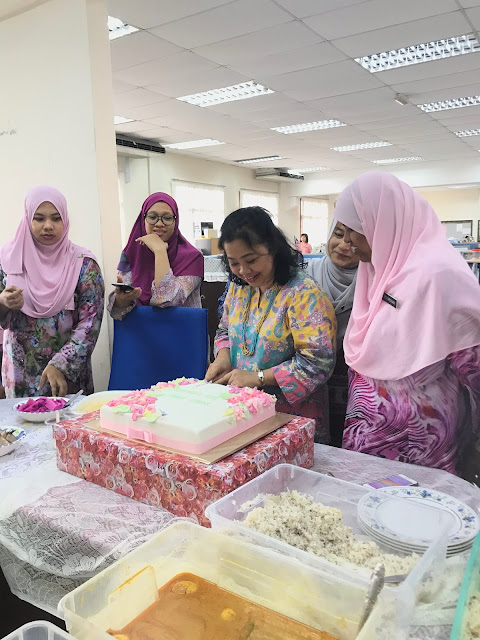 Also, Tania and I are planning to set up shop at Carousell to sell of some of our clothes that don't see light of day so we hope you go check them out soon! We haven't done anything but we'll definitely have it set up within the next week or so. I'm excited to make way for new clothes now hahaha

and why yes, if you're still wondering, I'm still watching football. 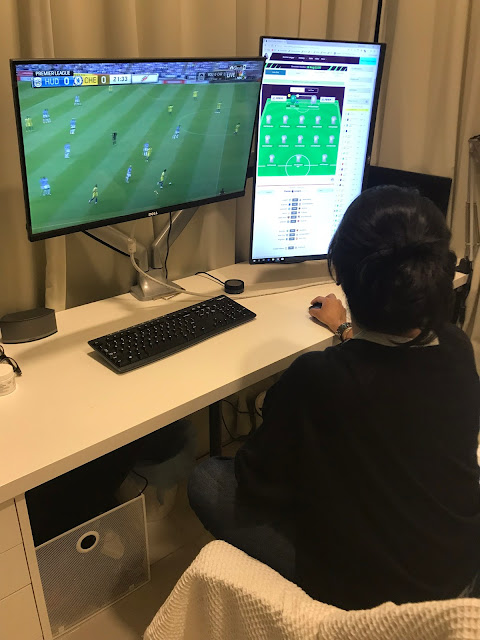 Me at my friends house for game night. Setting up my fantasy football team while watching a match last Saturday night. My guy friends couldn't get over it.