I was talking to a friend the other day about how some of my guy friends have been OBSESSED with golfing as of late. And he was saying that it was normal of the boys to be like this; to hype over something so much and it's all they do, talk and get excited about. "It'll phase out eventually" he says.

Then I turn to another friend to excitedly talk about Hamilton and the first friend turned to me to say "You pun have your phases kan!". To which I laughed and agreed to. To anyone who knows me, they know that when I like something, I know no limits. Some things that I can think of right now include Mary-Kate and Ashley, Akademi Fantasia (!), Twilight, Queen, and K-Pop to name a few. Now, we have Hamilton, ladies and gents.

Man... I look forward to coming home at the end of a long, strenuous day at work to wind down with Hamilton. It's honestly one of the best things I've watched in a LONG time. The last time I felt this strongly towards a show/movie/art was Bohemian Rhapsody (which would explain my love for Queen). If you've not watched Hamilton, I do highly highly highly recommend you taking a night off to watch it. It's worth it, my God, is it worth it. I have watched it *every* night since my first time watching it which makes it about 8 nights in a row now. It's so phenomenal and truly, life changing. I have always appreciated musical theatre and the ridiculous amount of work that goes into putting on a show, what more actually performing the show 8 times a week!! It's crazy if you really think about it. But Hamilton has really just made me appreciate the art a whole lot more.

Also, it helps that I love Lin Manuel Miranda. So much so that I have also watched his first broadway show, In The Heights! It's SO good and so authentic ughhhh I love it so much. The man is a genius and a half. It's like whatever he touches turns gold. He wholly deserves everything, every award, every recognition he can get because you cannot deny such talent and such skill. I can't wait for his next production. Though it'll have to be in a long while by the looks of how America is "handling" the pandemic. When I say "handling", I really mean not handling it at all.

Sigh. I just love Hamilton so much, I haven't stopped listening to the soundtrack! If ever I have my earphones plugged in, it's 99.99% a Hamilton track. 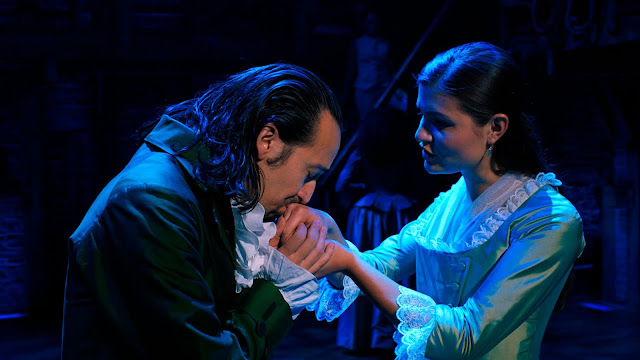 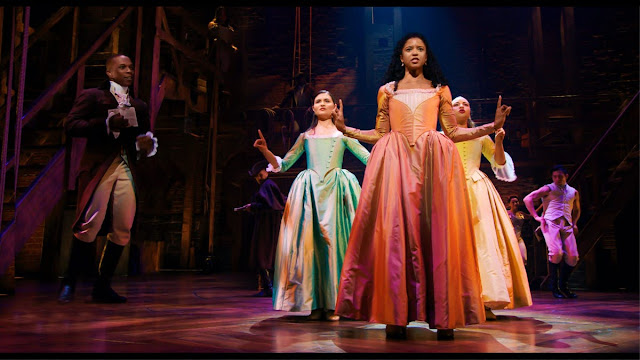 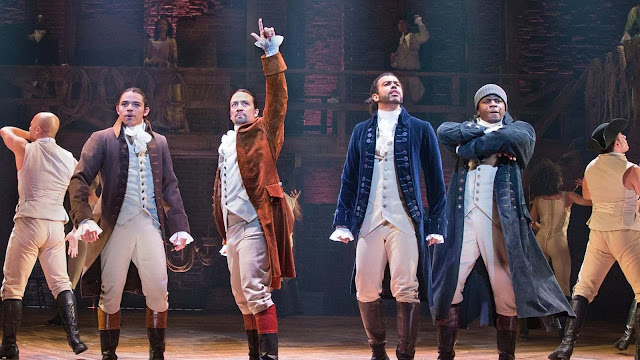 So if it's not already crystal clear, I highly recommend Hamilton to everyone. It's brilliant storytelling with a stunning cast. The music is also just *so* good, it's contemporary and relevant and surpasses what musical theatre has ever done, I feel. Who'd thought of marrying hip hop and the story of a founding father? Man, the things I'd do to watch the original Broadway cast in action again.
Do it. Watch! Let me know what you think and thank me later.
xx
Written (technically typed) by Nadia Zainudin at 11:58 AM