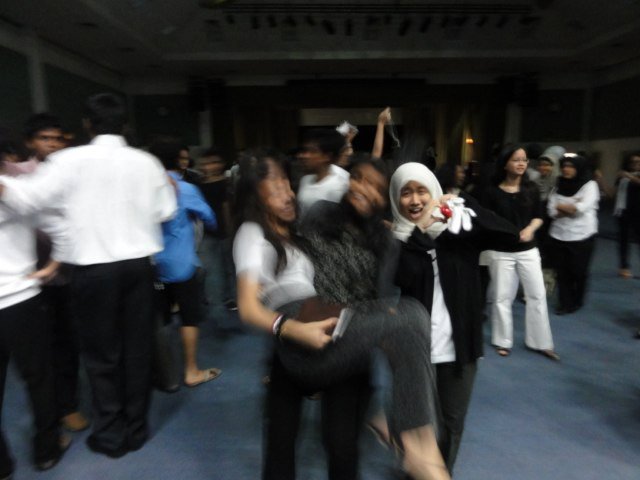 This is Pash trying to carry me ! Fail lah... 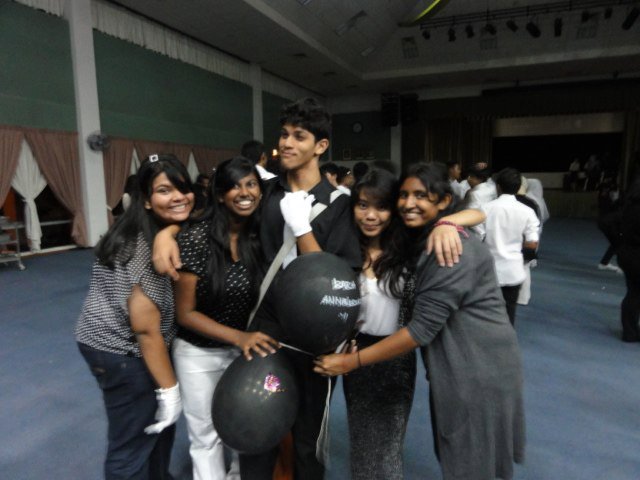 With Prem, Gami, Kumar and Pash. About the nicest people you'll ever meet ! 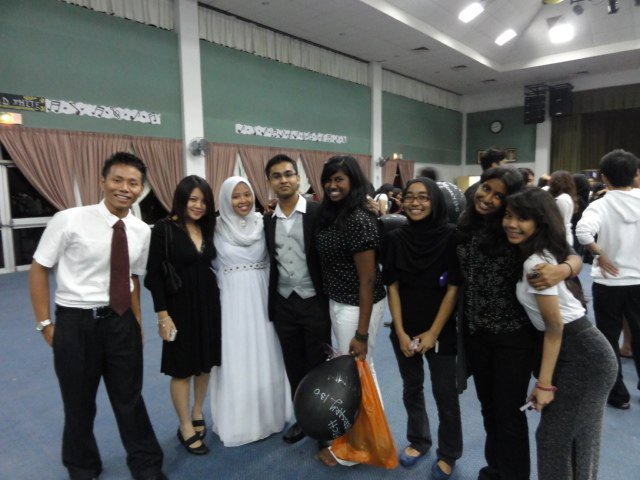 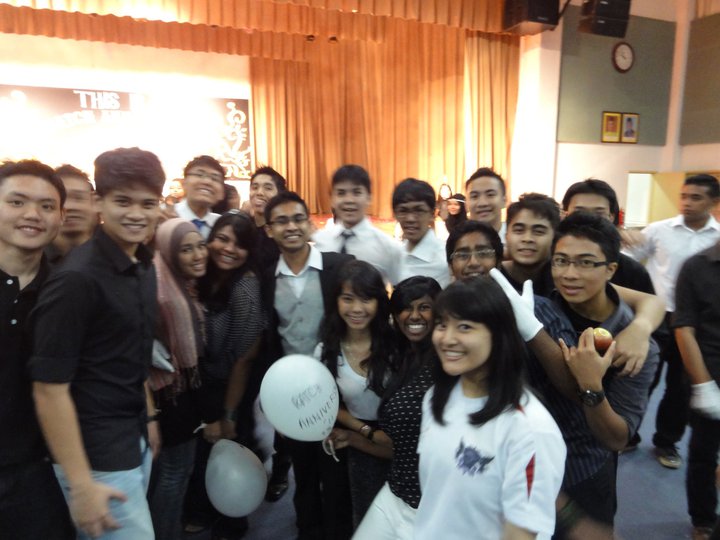 Everyone was in everyone's photos lol ! 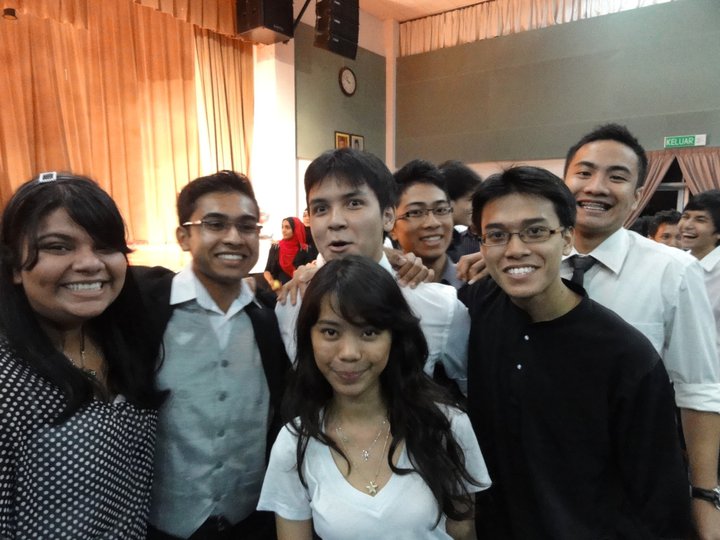 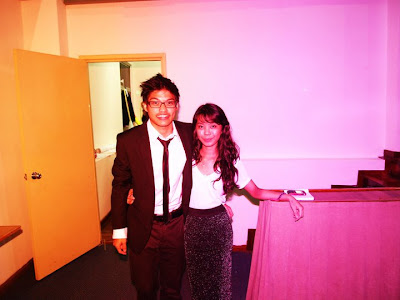 With Zack and his cooler than life camera. 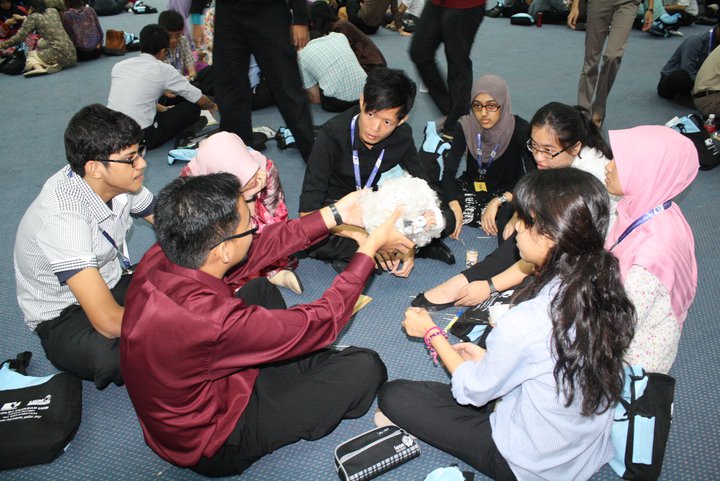 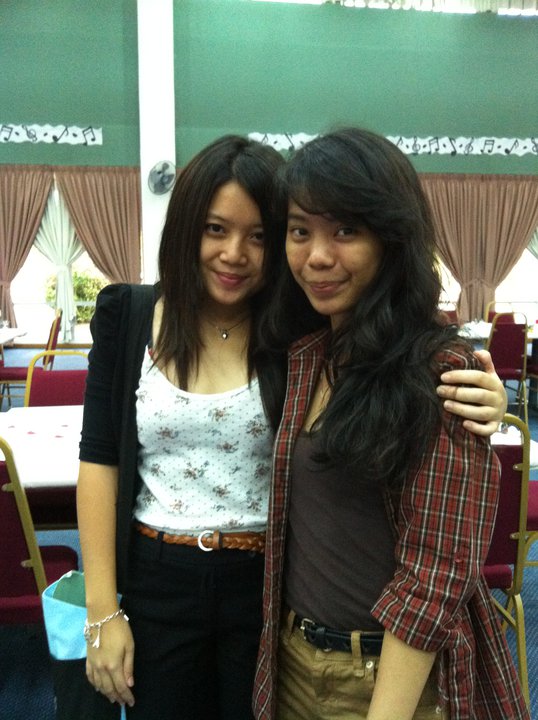 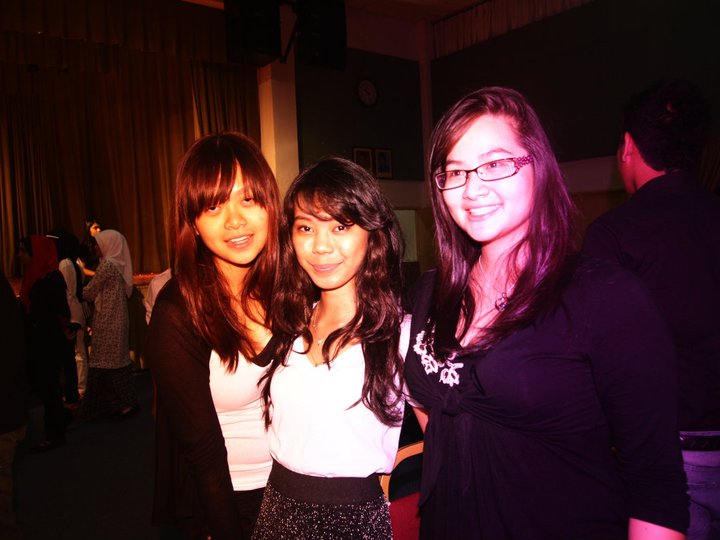 With Elaine and Haniesha. They even crashed my room one night and ranked the boys hahaha 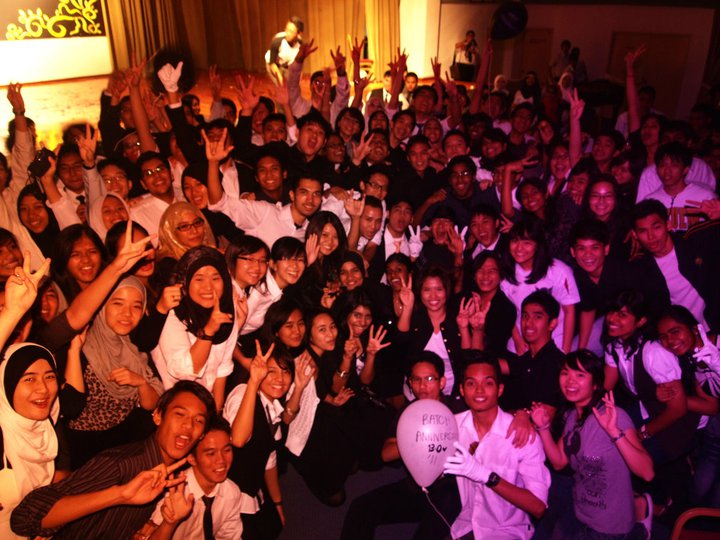 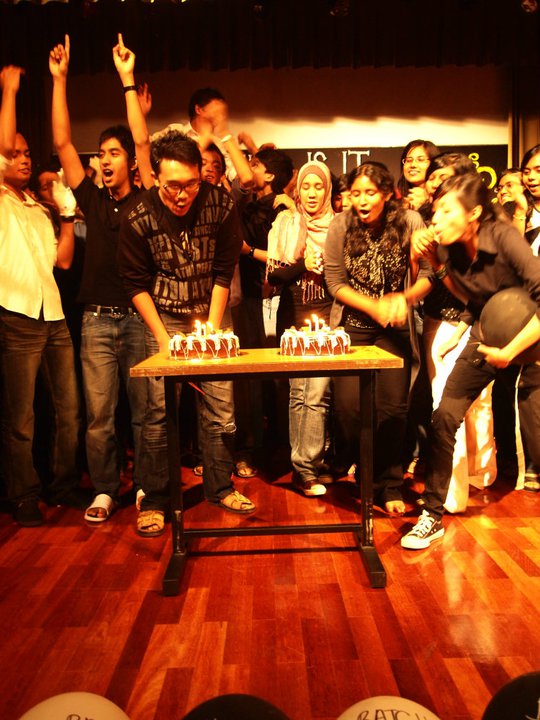 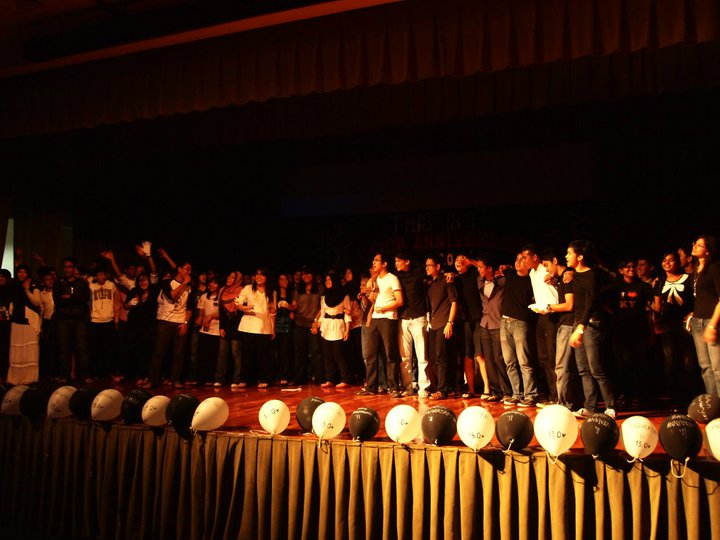 I'm back for my long weekend. Phew. I'm so exhausted, I spent my Saturday in bed sleeping ! It was so good to wake up 'late' ('late' being 9 in the morning). Had breakfast at Ravi's and came home sleeping lol. I shower longer now, trying to soak myself in hot water hahahaha. So teruk.

Our first day in KYUEM was July 12th. Reached there at about 9 ? Met up with Kaveetha and Diyana there and managed to get the same chalet as them which was ace ! Parents went off a little after noon. Went in the dining hall feeling all small and intimidated because most of the seniors were already there and we had 'Fresh Meat' written all over our foreheads. Which sucked. Reminded me of the cafeteria scene in Mean Girls. LOL.

My first 3 days in KYUEM was kinda pretty horrible because I wasn't really enjoying the food and wasn't sleeping well. I couldn't sleep AT ALL the first night there. I kept tossing and turning til something stupid like 3 in the morning which was sucky because I had to wake up yb 6 for Subuh prayers and off to morning exercise. My energy kong by the end of the week !

Anyway, yeah. Induction was 2 weeks give or take. Had the best time ever ! We got so much scolding though the first few days. Like, serious scolding. Being honest, I hated the seniors because dahlah penat, and they were always screaming at us :"( But oh well. We had some games and the first week was basically programmes to get to know each other. There was Treasure Hunt and the Trust thing where we all had to be blindfolded except for the group leader and he had to lead us to the Orde Kosmos. But the seniors were the 'hantu' and they influenced us by SCREAMING into our ears saying 'Left! Left!!! Now go right!!!!' lol super funny because I was genuinely confused. And Sol was so -.-

We had games like building a tower that would withstand earthquakes and strong wind. Thing is, we had to build it using manila card, straws and cellophane tape. And it had to a meter high. Challenge ACCEPTED. Ours was kinda lame but Kumar made it hilarious by saying there was a skybridge and all. So funny. Then there was also that game where we had to build something that would prevent 2 eggs from being Humpty Dumpty when dropped from the first floor. Chong was a genius and made a nest of some sort with loose tape at the bottom that acted as a cushion. Brill ! Fatin came up with 'Eggcubator' and thankfully, only one egg cracked. Other teams made parachutes and all and it was so awesome (I'm running out of verbs) to see how innovative everyone was building their support for the eggs. And we only had one piece of newspaper, toothpicks, rope and cellophane tape to make use of. Again... CHALLENGE ACCEPTED.

KYUEM's induction week is the best amongst all because it was designed specifically so that everyone knows each other by the end of the week. And there's a lot of us ! I'm going to go ahead and say, I still have difficulty placing names but I try to ! I'm doing a good job though considering it's only been 2 weeks in. BUT the people there are just SOOOOOO nice. I'm not kidding. They're just so nice and humble and funny and so friendly. I love everyone there and that's a lot since it has only been under 2 weeks. But the girls AND guys are just so friendly and lovely and just so nice. Making friends has never been so easy ! I love it !!!!! Seniors too are just so nice and baik and friendly and so welcoming !! I've been telling my mum just how nice the seniors are, she's probably sick of me telling her that hahahaha. But really ! You would never guess just how nice and warm they are from induction week where they had to be stern and cruel hahaha. At the end of induction week, we all had to sit in the middle of the basketball court and next thing we knew, the seniors had already poured water on us and it was so freezing cold but it was probably the BEST way to end Induction. LOVED IT.

There was also the Batch Anniversary where us 14.0's had to organize a dinner for the 13.0's (so basically juniors buat dinner for the seniors). IT VAS A SUCCESS. Thanks to Kaveetha for pulling off such a good production. Teamwork was key here and it was well played by everyone ! Which was so heartwarming to see. I was in the stage managing group and played my part on that night itself. So that required me walking up and down back stage making sure everything goes off without a hitch. I was drained by the end of the night ! But SO worth it seeing the seniors so pleased with everything. Had the best time there. There was sketches, dance, band, everything ! Took photos after the whole night of course but I was quite sakit hati that I didn't bring my camera with me so I had to depend on everyone else's camera. I especially love Zack's camera because of the pink/orange flash.

I don't really know what else to talk about other than singing KY's praises. I've just been given the timetable for next week's classes and I'm actually more scared than excited for it to start. It's only been 2 weeks and I'm already loving KYUEM (as expected), imagine 2 whole years !

I love my parents for hearing me out and eventually placing me in KY :") It's all I ever wanted so I mentally thank them everytime I'm having a good time in college. I love to tiny bits and pieces, it's crazy !!!!!! And thank you to the seniors (if you ever read my blog...) for making my first 2 week stay in college already a memorable one ! xxxxxxxxx

Goodnight, everyone !
Written (technically typed) by Nadia Zainudin at 10:30 PM