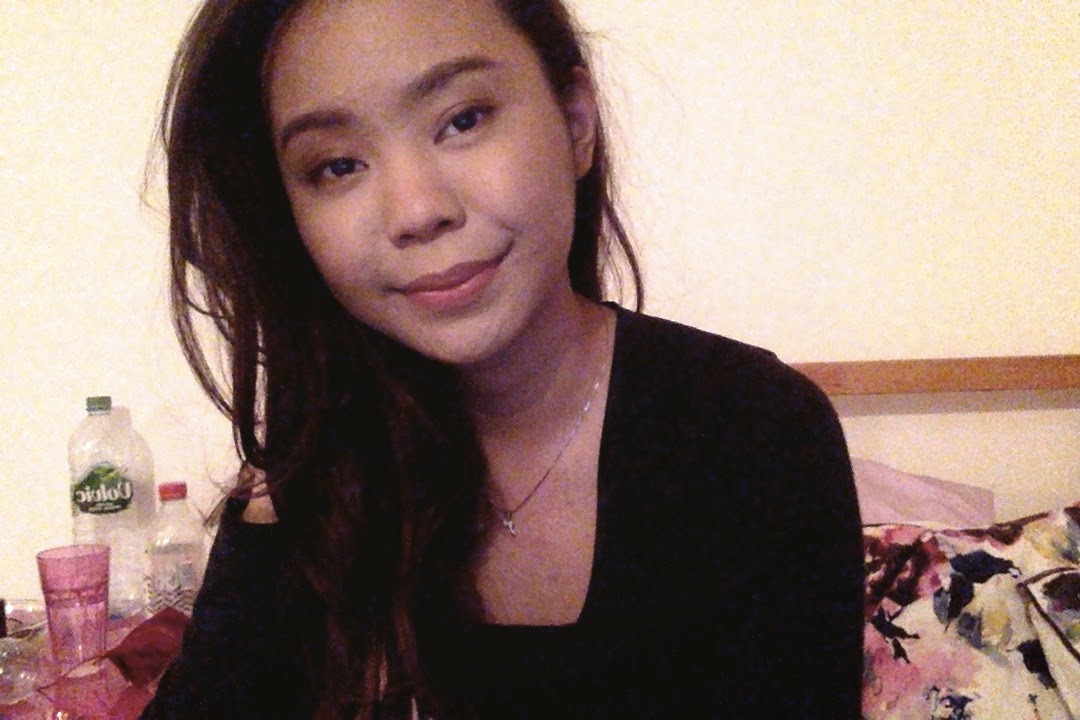 SO it's December 7th already! So fast time has gone, before I know it I'll be 22 (that's January 19th guys, just to refresh your memory hehe) and man, this year was good. But I'll save that for my end of year post later this month!

I've been drowning with work load this past month - just one after another! Soooo tired and really just looking forward for my holidays!!!! Counting down the days now!

Beyoncé's 'Ring Off'. I can listen to this song ALL DAY. She literally wrote it for her mum who went through a divorce and how she got back up again after, yes, taking her ring off. It's about how there's freedom after finally moving on. I love it I love it I love it, it's been on repeat on my Spotify.

"Dust yourself off and you love again" is my favourite line from the song because it's so simple yet so strong. I was talking to a friend who had long broken up with her last boyfriend and although she's completely okay with everything, she said that when she met him the other day and even though they spoke like normal and assumed everything was fine between them, she did come home and she did cry. I think a little bit of our hearts will always be for that someone, regardless of how long it's been since you've broken up or been apart. So that's why I say that line was my favourite. She's saying that there will be a time where we love again. Haih, girls. Why are we so damn emotional all the damn time?!?!?!?!?!

There was also a nice snippet of Tina Knowles' (her mum) speech at the end of the song,

"If you're going through it, just know it's called going "THROUGH" it. You're not going to get stuck there. You're gon' survive."

And Sam Smith's 'Make It To Me'. I don't know how and why I've not listened to this song any earlier; it was on the 'In The Lonely Hour' album and I had that on repeat my entire summer in KL so I don't know how I've managed to miss this song completely. But it's a beautiful tune and Sam Smith is unquestionably one of the best voices today. Really hope I get to go for his concert in March!!!

Interstellar definitely lived up to the hype. It was pretty spectacular. More than anything though, I left the cinema feeling pretty damn small. Tiny. Minute. I was just in absolute awe the whole time and I was thoroughly entertained the whole entire 169 minutes (yeah googled that) and man, the movie was so out of this world (hehe)! If you've not watched, treat yourself to a bloody good movie and go watch! It's also very very emotional and I teared up like 3 times. Prepare to watch fantastic cinematography and bloody ace acting! Brillzzzzzzzzzz and that really is all to it!

I have a minor obsession with turtlenecks. Yeah. Turtlenecks. Oversized, chunky turtlenecks. So if you go on my Tumblr, you'd see my many many reblogs on turtlenecks and how these ladies style it. So effortless.

I've always been a huge fan of minimalist style ; everything from home decor, architecture, dressing, everything. My pops is an architect and his way of architecture is very simple and very minimalist and he doesn't believe in colour basically hahaha I've always loved that since I was young so I grew up appreciating simple and understated art. 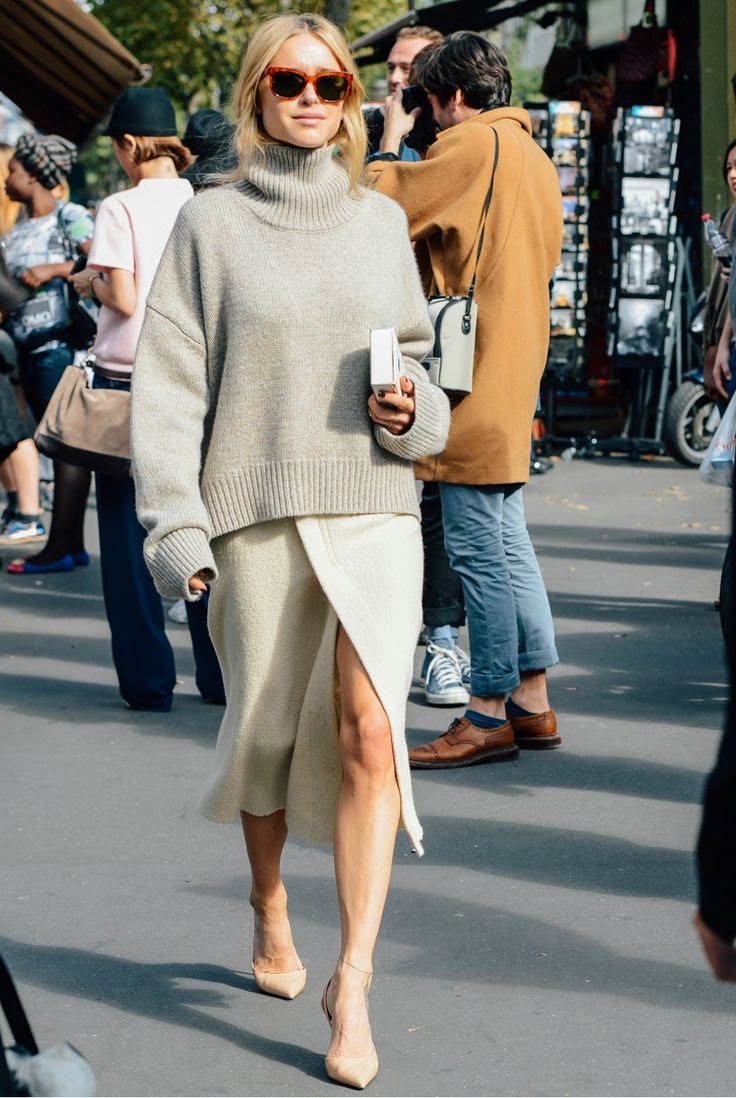 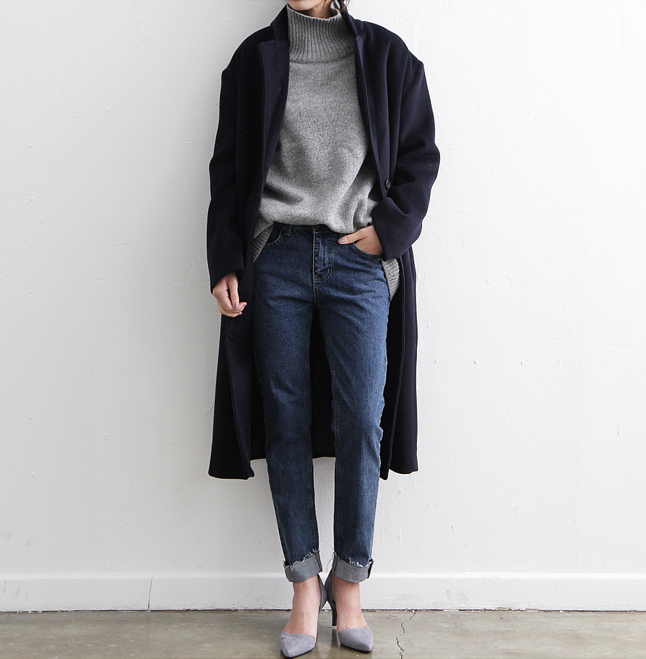 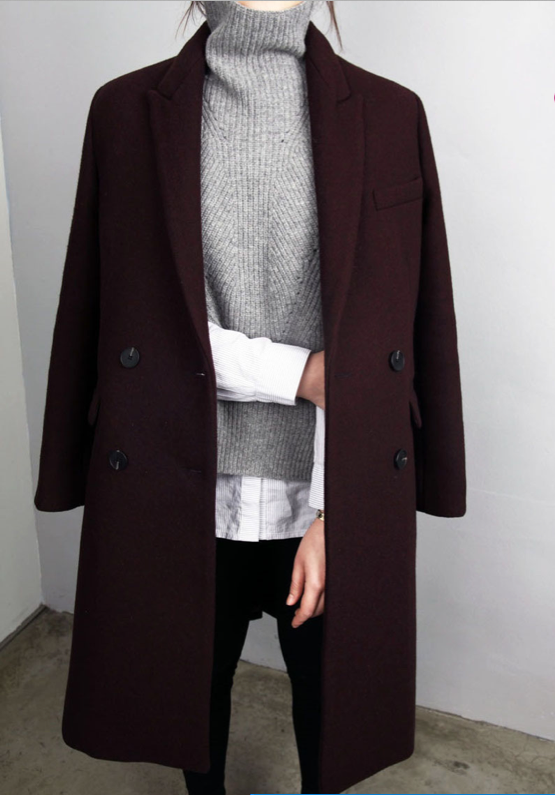 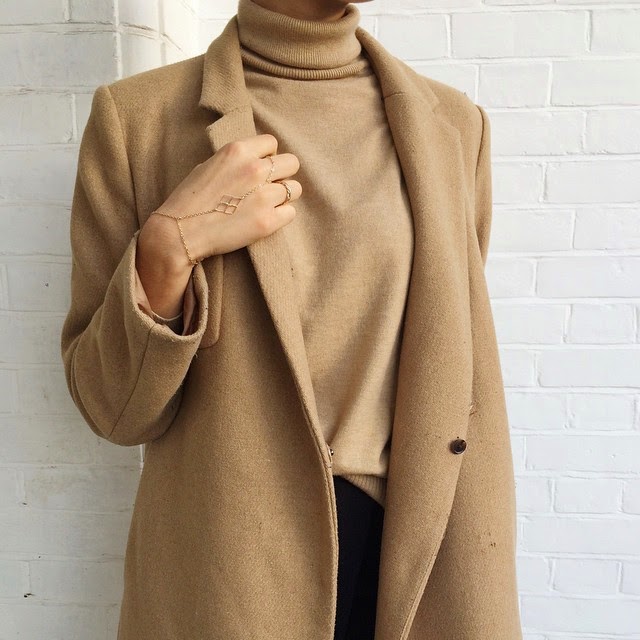 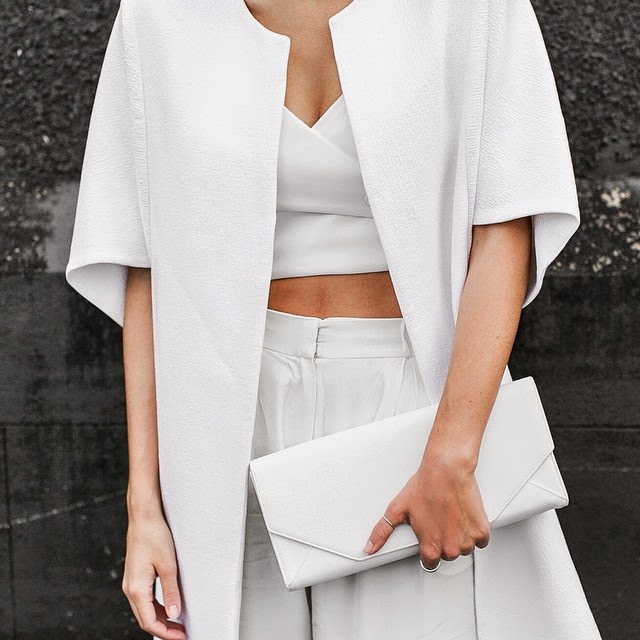 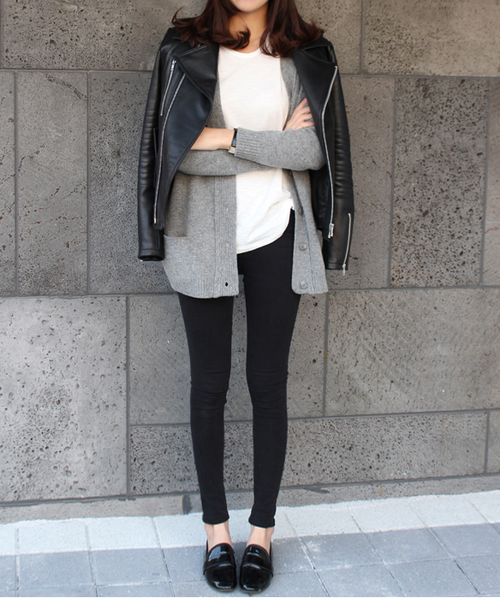 (Got this all from my Tumblr)


I mean, c'mon! Even by looking at the turtlenecks is making me all cozy and comfortable hahaha

It's so difficult though to find a decent one that isn't going to break my bank! Geez. I remember seeing them everywhere I went and the one good time I want one for myself, they aren't any around. But the colour palette for the photos above are my absolute EVERYTHING! I live for a white on white outfit and but I'm such a clutz so I can only do white on white if I don't i) eat ii) drink iii) move.

Been on a flower frenzy lately and have I told you the story of how my mum can count the exact number of times my dad has given her flowers?

For every child she gave birth to.

And every time, my dad chose the flowers and they all weren't the typical roses. There weren't just roses or the other bouquets that were all tied and ready to be bought. He chose them and there were uncommon and wild flowers and each flower different from the other. I can totally imagine my dad at the florist being incredibly picky with his flowers - he is an architect, after all. I think that was incredibly romantic. That each flower he chose on his own because psh, what are roses anymore if not prickly little things. I mean, they are beautiful but I choose beautiful and rare flowers any day any time!

So I've gone a bit cuckoo with flowers on Tumblr and I'm just so in love. 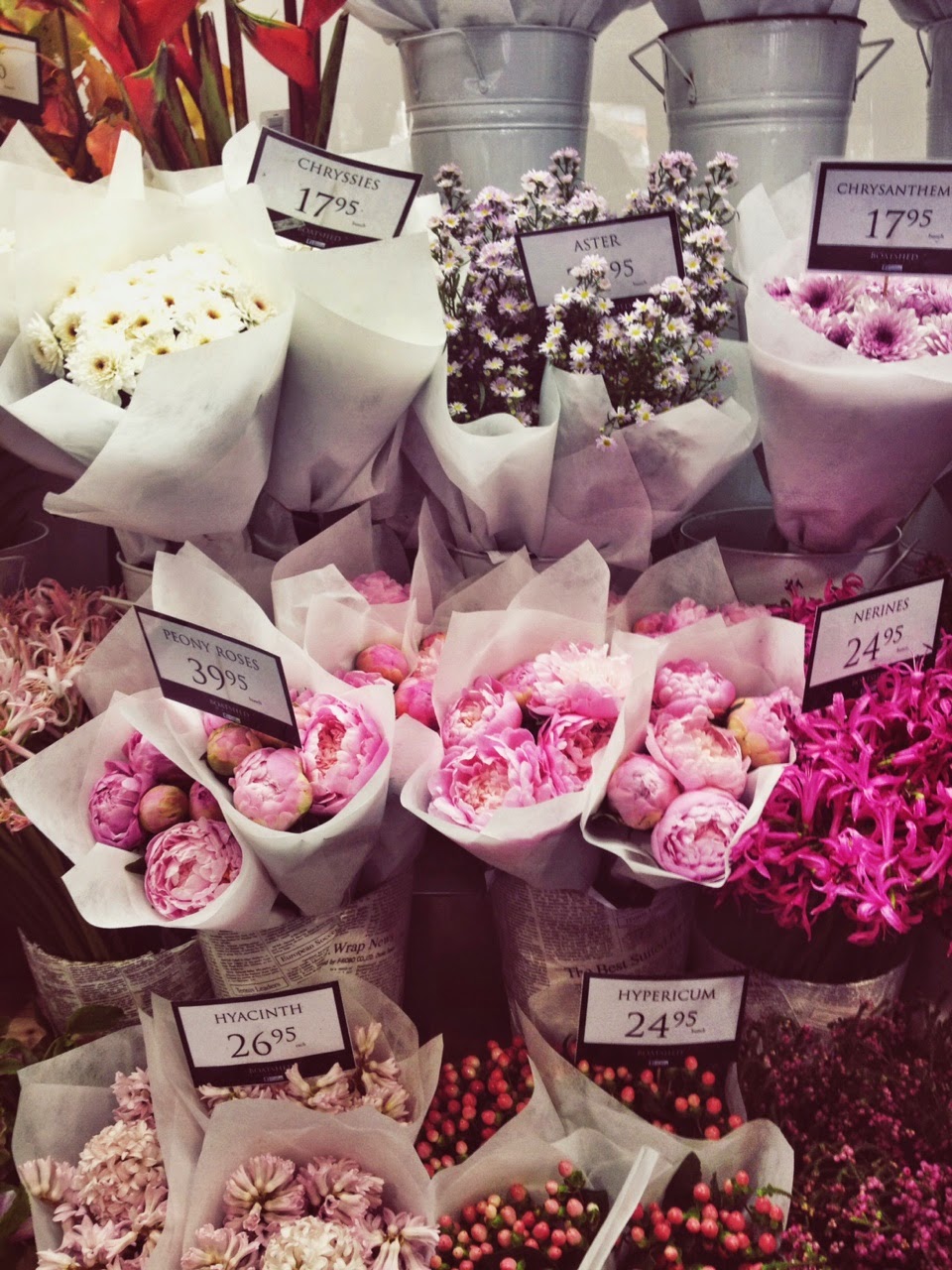 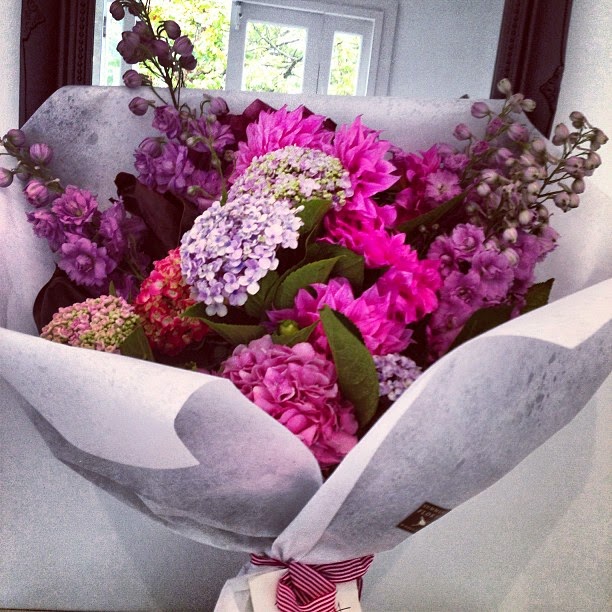 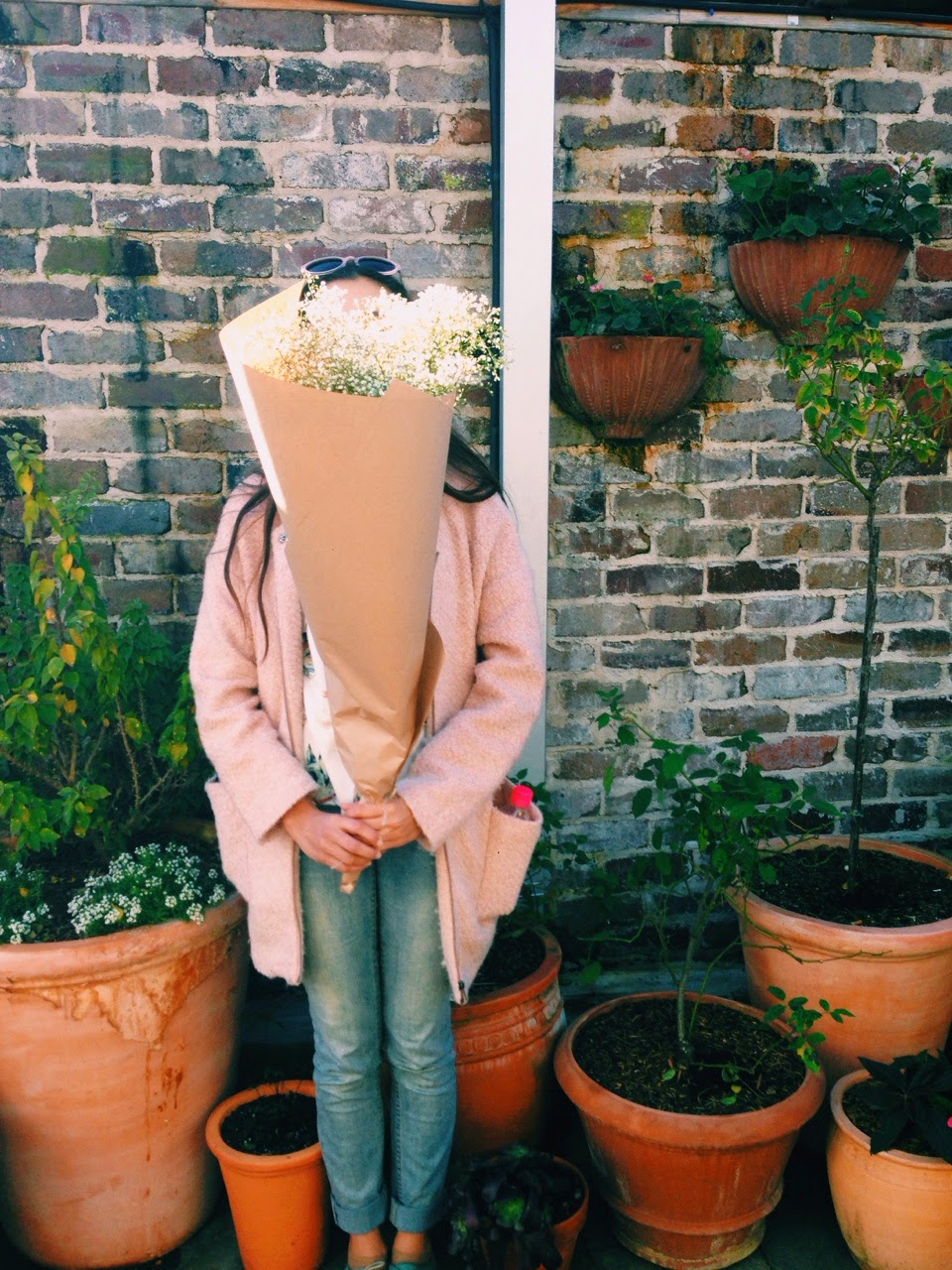 I've been super busy with work and I'm only blogging this now because I just finished half of my assignments last night so my burden has been halved so I can breathe a little now. I was supposed to go to the city today to get moisturiser for my face because I've completely run out but woke up super late and I was supposed to Skype my parents but they're not answerin' so I'm still at home and it's a bit too late now since shops close early.

School officially finishes Thursday and I'm allllllll freeeeeee for this semester!!!! So excited for my winter break and to see my mates from all over UK again!

Everyone's been crazy occupied with work and it's made us all realise second year is no joke so I'm glad Christmas break is around the corner; giving all of us a bit of time to recuperate and breathe.

(Edit : So my mum just told me that my dad used to give her flowers a lot more than 4 times........ haih ok still cute)
Written (technically typed) by Nadia Zainudin at 12:04 AM