It's Sunday night and I'm all showered and full from my Samyang noodles (always a regret but it's just so sedap!). Parents and Zaim are coming back from the UK tomorrow insyaAllah so this would be my last night sleeping over at my parent's room. Boohoo. Who else thinks their parents room are the best???

Sucks that tomorrow is Monday already but I had a great weekend! Yesterday was spent with friends - went to Anis' place for her open house and I met people I haven't in SO long. So it was a really nice catch up and listening to how everyone's embracing adult life was quite fun. Working in banks, working in government bodies, working in construction companies, and then you have lil' ol' me working in fashion. I kinda like how a lot of my guy friends are all familiar with Nelissa Hilman hahaha. Also helps that I wear my NH flats everywhere I go!

Some photos to fill you in on what I've been doing these past 2 weeks. 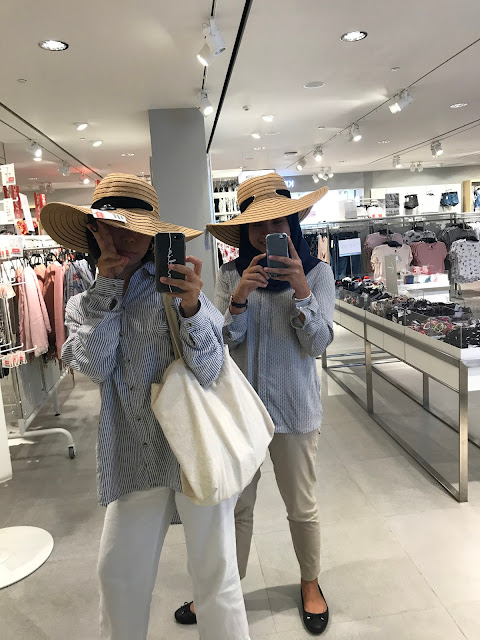 My crazy friend and I at H&M near our workplace. We always unintentionally match and she's always rolling her eyes at me. Our birthdays are a day apart which is why I think we hit on so well. 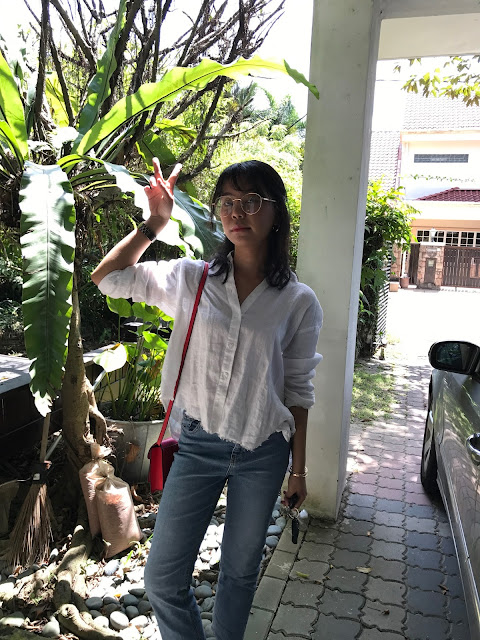 My granny sunglasses made a debut! 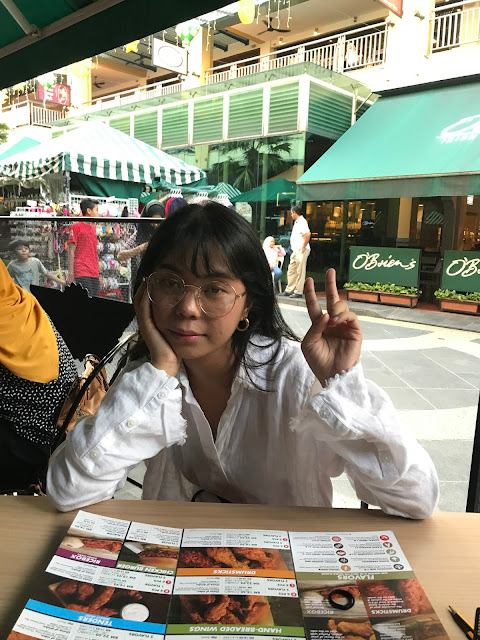 Tried out that chicken wings place at Curve. Wingstop was it called? Not too sure now but it was pretty good though the one they claimed to be the 'spiciest' isn't really that spicy. Not as good as 4 Fingers though. 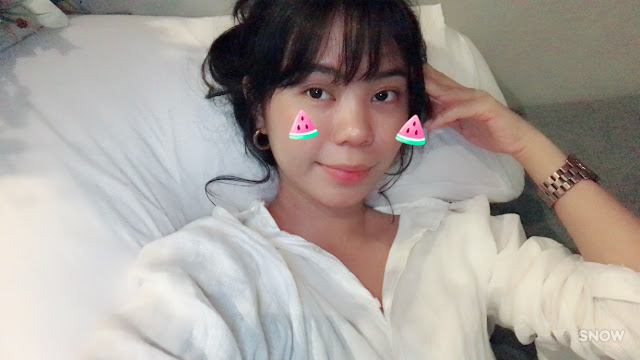 Err sorry but I love Snow (an app similar to Snapchat but like with a million filters).. 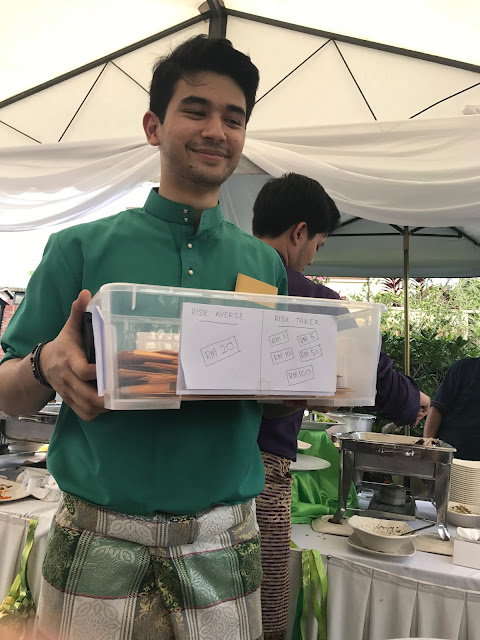 This was SUCH a great idea. Went to Sharul's place for an open house the other day. Uncle Jeff came up with a pretty smart and innovative way to make the giving out duit raya part fun. A lot of people got 50s and 100s but there were also some few unlucky ones who only got a ringgit which was pretty funny. But it was all part of the fun. Just a really cool spin of the traditional duit raya fun. 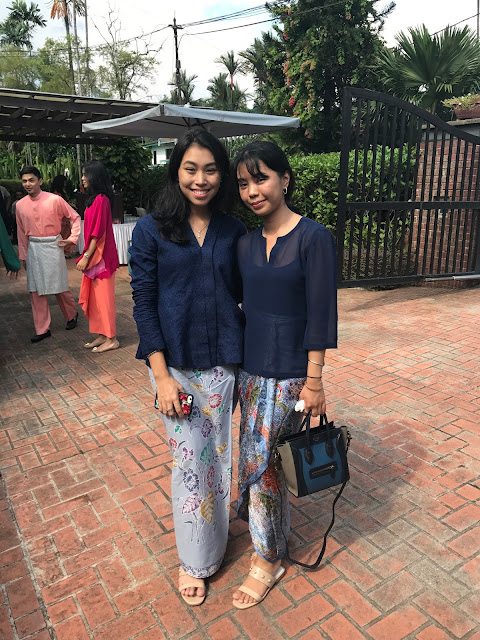 Misha and I wore matching baju raya! Even down to our shoes (ahem those are the Tessa's by Nelissa). 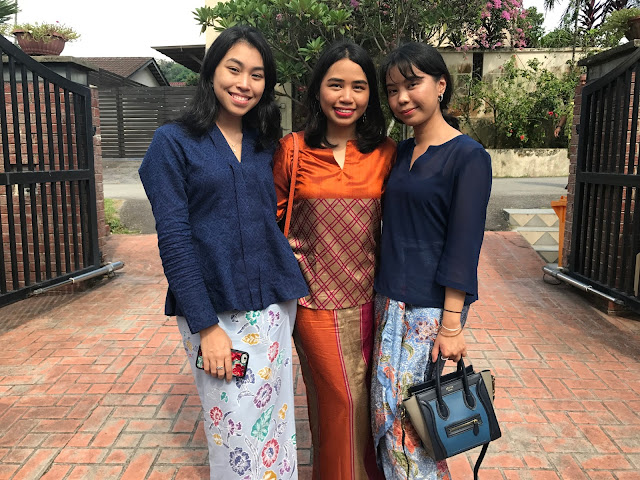 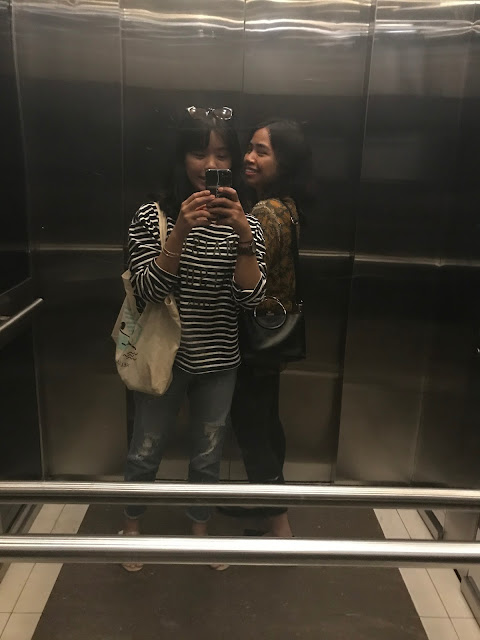 For most of the week, Tania and I only had each other so we'd usually go out for dinner after I come home from work. This was at a place nearby our house where we had a Korean dinner. 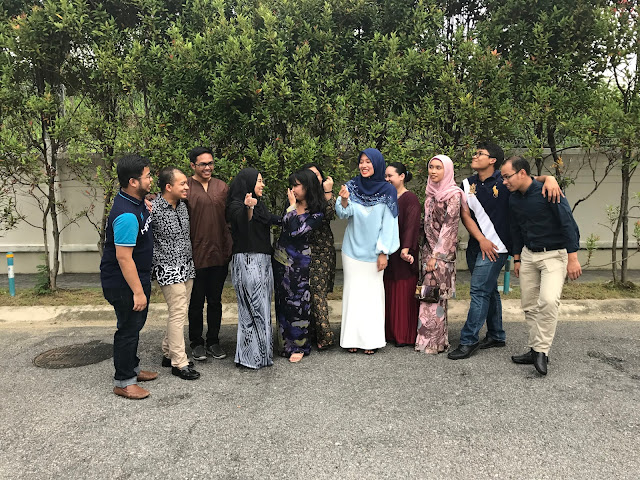 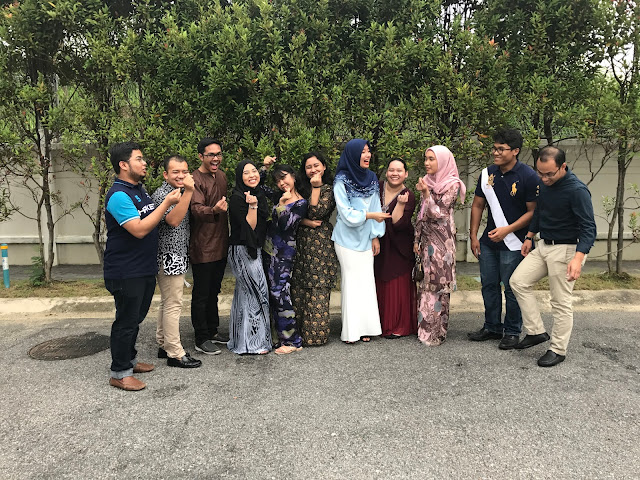 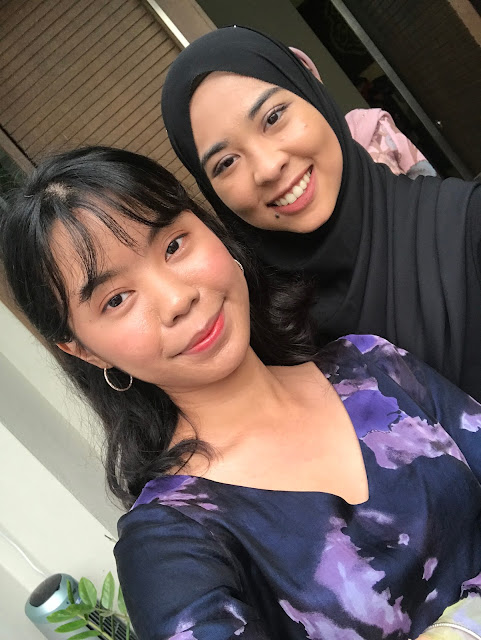 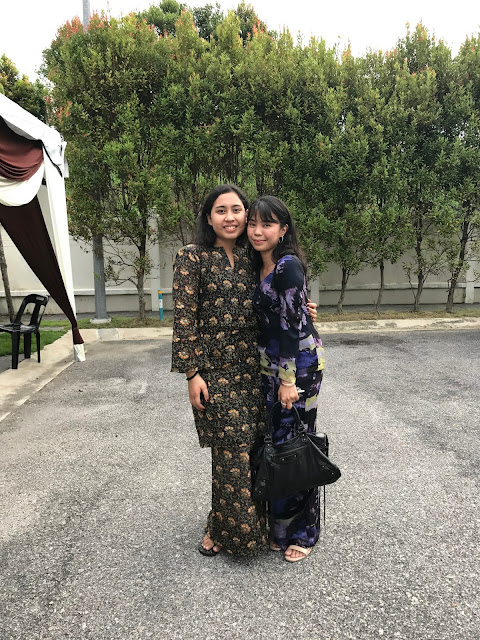 At Anis' open house where I met so many of my friends whom I haven't met in so, so long. So good to catch up with faces I don't see every weekend hehe 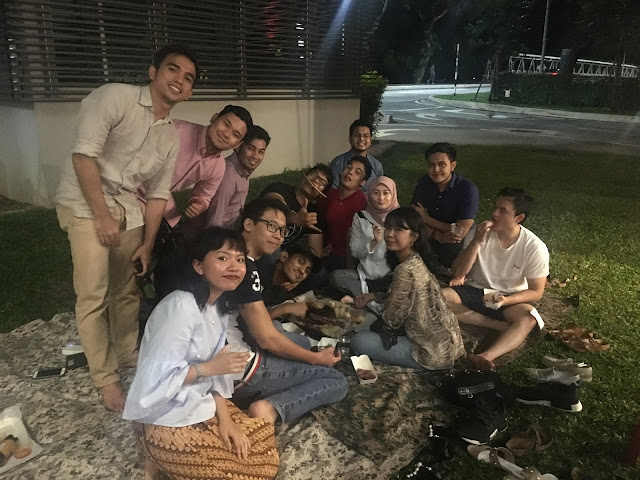 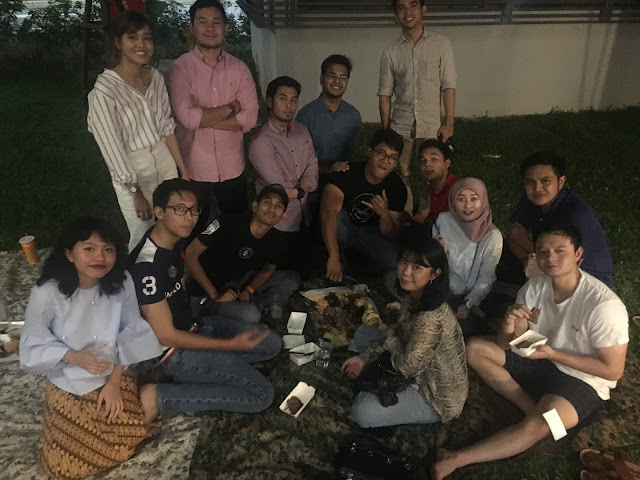 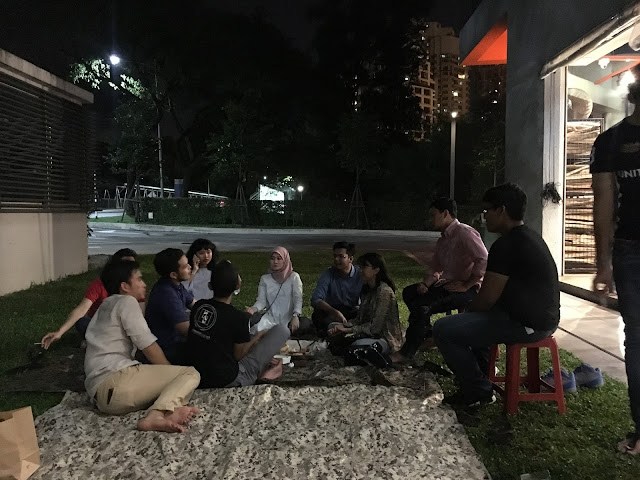 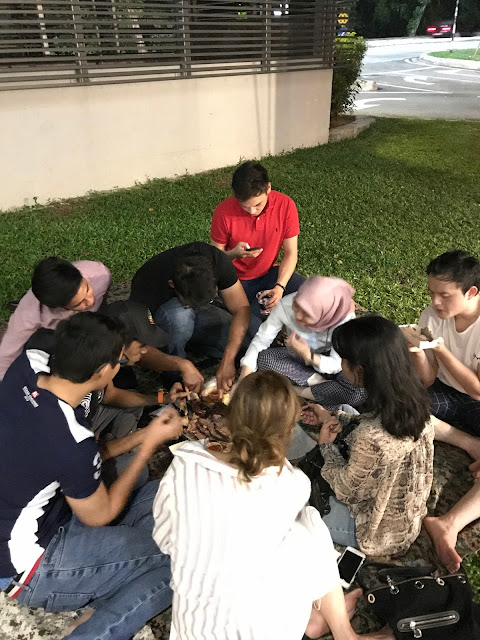 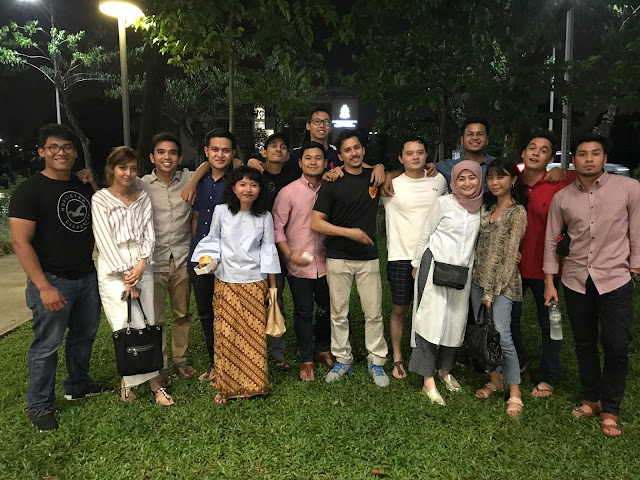 The other day I posted an Instastory about going out to lunch at Beard Brothers and I got so many enquiries on it. It's at Tropicana Avenue and this is their Facebook page. We had too much to eat and word of caution; they're usually sold out very, very fast. So best you come for lunch or for early dinner. When I got there at about 8, they were all sold out but good thing my friends had ordered a huge platter for all of us. We all had to sit on a mat just outside because it's a pretty small space and not enough for all 18 of us. But it was just a lot of fun, great good and better company. 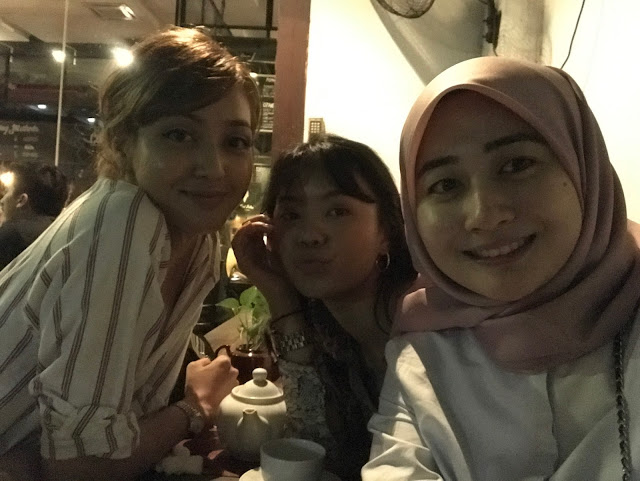 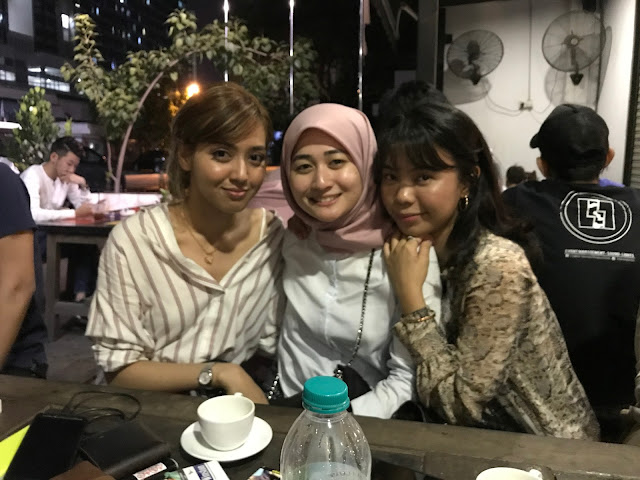 We then moved to Artisan in PJ and I had their moist chocolate cake though I should've known better that it would be wiped clean by the time I came back to the table. What did I expect from sharing a table with 13 other boys... 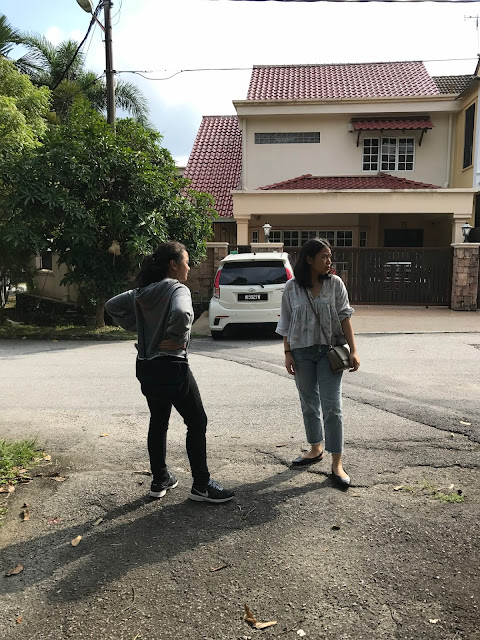 Today, it was sister day. We went out for breakfast at Ravi's and after being really full from having 2 of the best roti canai in town (!!!), we moved to Loudspeaker which is located at the row just behind Ravi's. So, so so so so so fun. We hardly took a seat 'cause was too busy dancing. 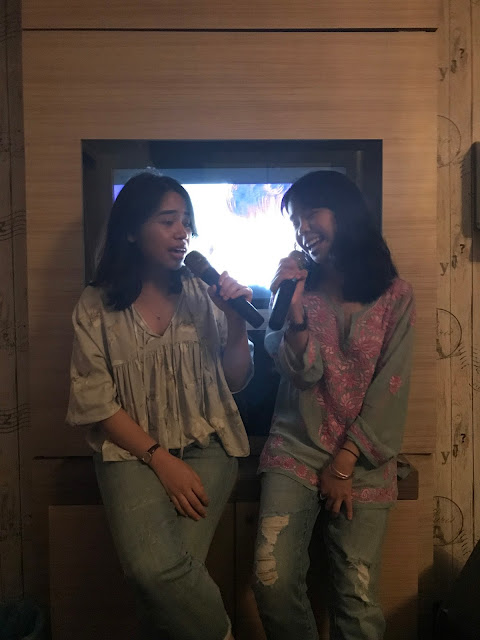 Tania and I singing to one of our favourite slow songs from our queen, IU. We forced Iman to take this photo. Plenty of videos and pretty embarrassing ones at that on our Snapchat's and Instastories and ones we saved privately because really, no one needs to hear us belt to Forget You.

Ok back to work tomorrow. Have a great week, and I hope it's a busy one so that the week goes by pretty quick and we can all have our weekend again.

xx
Written (technically typed) by Nadia Zainudin at 1:09 AM