So what have I been doing for the past 2 weeks?

First! I attended Rachael's wedding. Rachael is a friend of mine from high school. We met in primary school but I basically have no recollection of my primary school days when I was in Taman Tun because I absolutely hated the school and my life there so I think younger self blocked all memories there. Anyway, I met most of them back in high school and Rachael is the first friend who came up to me at assembly on the first day of school. I don't remember what she said but I do remember her saying she recognised my name on the class list. And from her, I knew everyone else. I loved my high school years and I had some of the best times with them. There was always some sort of house parties and celebrations and it was always just so fun. Also helps that these girls are some of the craziest and loudest bunch I've met. At Rachael's wedding, it is a TRUE FACT that we were the loudest in the hall. 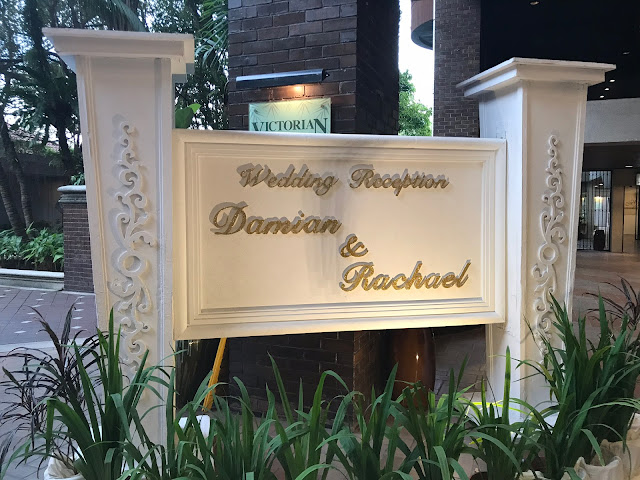 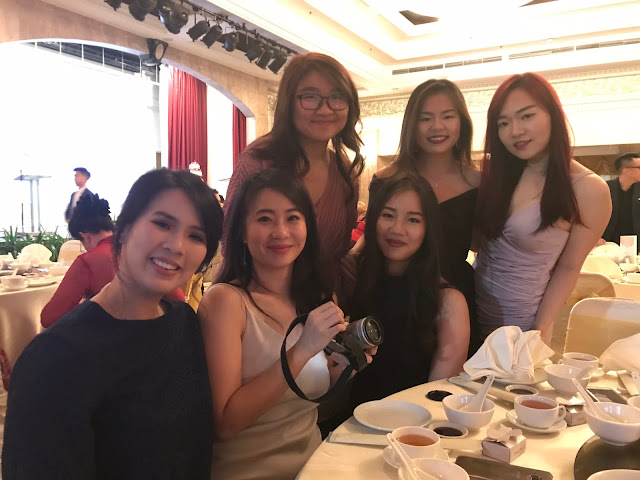 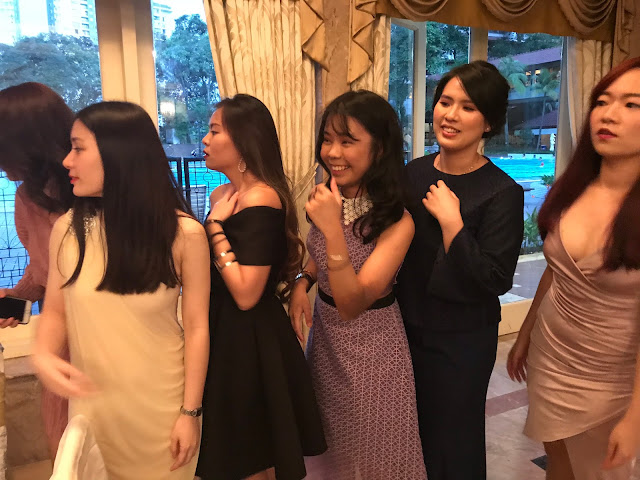 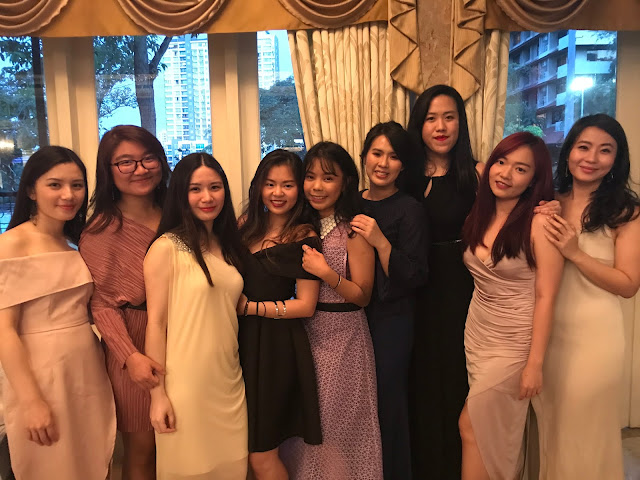 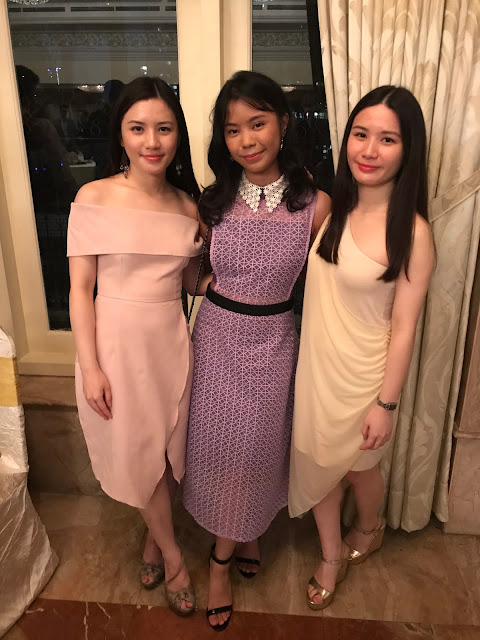 With Brenda (left) and Belinda (right). All of our other friends are taller so we're the mini ones in class. 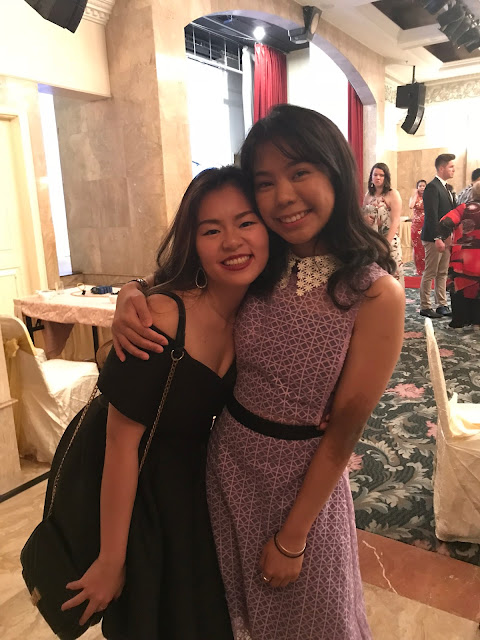 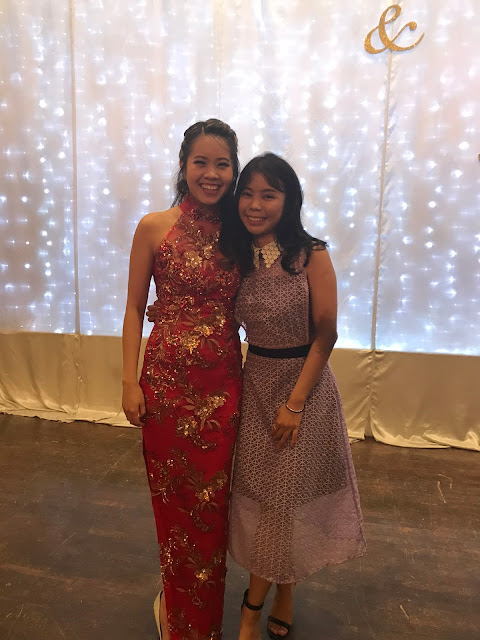 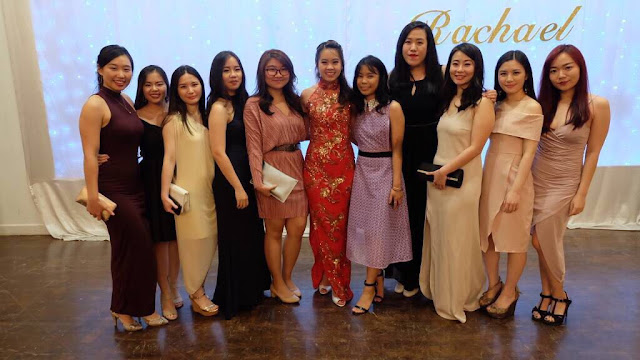 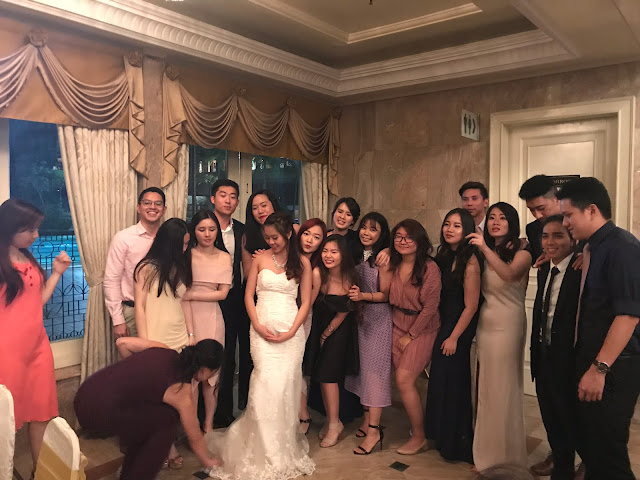 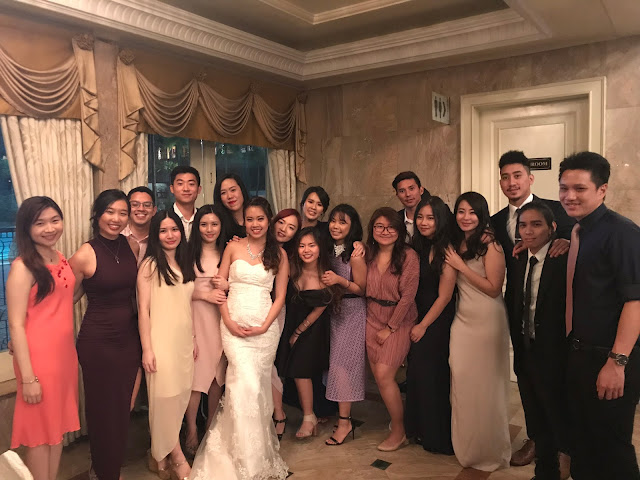 I haven't attended a friend's wedding before so this is my first time seeing a friend I've known since I was 14 in a wedding dress!!! Getting married to the love of her life!! It was a wonderful wonderful celebration and I wouldn't have missed it for the world. From birthday parties and having our parents drive us to tuition classes to seeing one of us get married. The whole reception was pretty surreal. I can't wait for all of us to get married hahahaha

I also really like my dress and it's from a shop in OU called WonderMe and it's like a small boutique. To be honest, I wouldn't have even thought of finding a dress in one of the shops there because I hardly go to the old side of OU. So I came across it by chance because Tania wanted to check out something from the store 2 doors away. It was also quite the bargain - got it at RM169 which is a steal because wedding dresses are SO expensive.

I've been also watching Black Mirror. After much convincing by everyone, I finally managed to sit myself through a whole episode and it was enough for me to watch another one... and another one. It has it's weird, creepy, odd appeal and it toys around with our fear of how invasive technology can be. It's scary and one says to not watch a string of Black Mirror episodes at one go because it feels too much. But I really dig it. I haven't watched every episode because I've skipped on some sleeper ones but I've watched a good amount to have a favourite. My favourite is Hang the DJ but I also recommend Nosedive, White Christmas, San Junipero and Black Museum (but only if you've watched a handful already, it's more fun that way).

I now want to get into The Crown because so many people have said it's good and my mum told me of a fun fact she learned; Queen Elizabeth was Wikipedia's most searched about person in 2017 and it's largely because of the popularity of The Crown. Nothing like fun facts to intrigue me to watch a new TV show.

I would've already been 25 this time next week. I'm so excited for this year.