The last month of the decade!

HOW is it already December?

I had a really nice girl say Hi to me at a ZARA the other day and she said she reads my blog. Which was SO nice to hear so if you're reading this, hi thanks for saying hello!!

I know it's boring to say I'll blog more in the new year but let's face it - I'll fall short on that promise and you'll see like 5 posts a year. 15 year old me would have been so disappointed.

It's a Friday now and I've been on leave since Christmas so it's been so refreshing to wake up without having to rush for work. Because that's definitely the case - me rushing to work on the daily. Speaking of work, all's well with me! I love it though it's been stressful at times but if anything, I've realised that I've come to slowly enjoy the stress and pressures of work. Does that sound odd? Or do you also thrive from that? Of course sometimes it can be overwhelming but I'd like to think I've gotten better at managing it. It's been a little over than 6 months now. And it's probably a big highlight of my 2019. To finally take that big girl step to move jobs! It was so daunting to me cause I didn't know what I was getting myself into. But here we are, 6 months in and loving it. Helps immensely that I get on well with my colleagues too! Don't think I'd be able to persevere anyway else.

We celebrated Tariq's birthday and I organised his dinner with our closest friends. It was really because I wanted to have dinner with everyone so it was perfect that his birthday was around the corner. We had Japanese at Lucky Tora and the food was pretty good! It was a Friday night so they also had an in-house DJ who played really really really good music. The kind of good that warranted lots of Shazam-ing the music he was playing but obviously to no avail because they were all his own mixes. Then we walked around the area and it was my first time at Changkat and it honestly felt like a totally different country! We settled on a place where Amir could play his darts and the boys played pool. Both I (unsurprisingly) can't play. 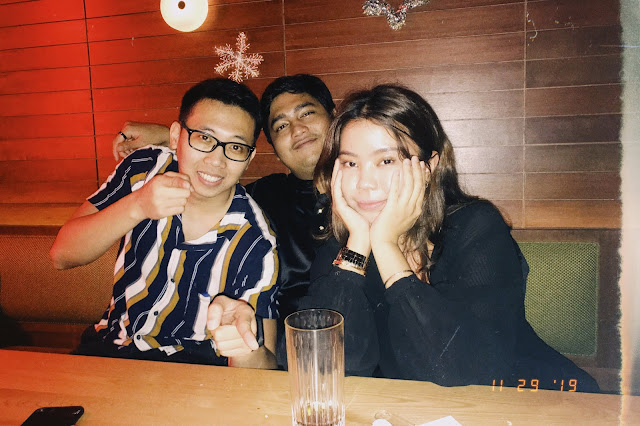 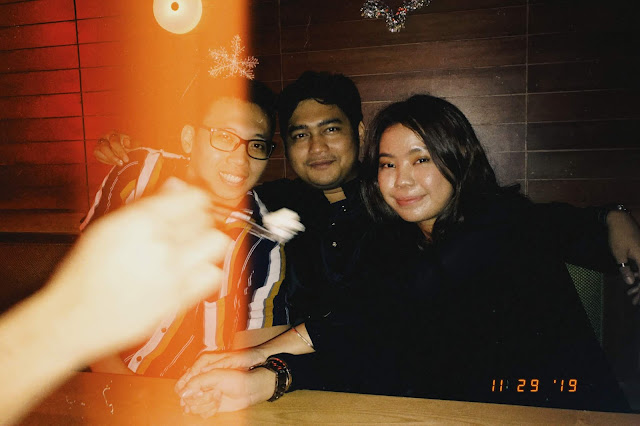 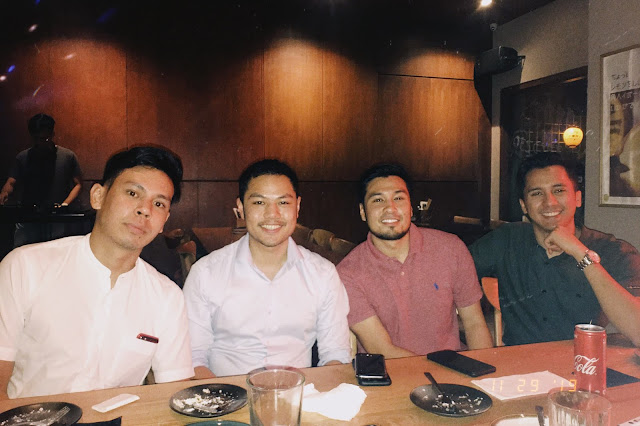 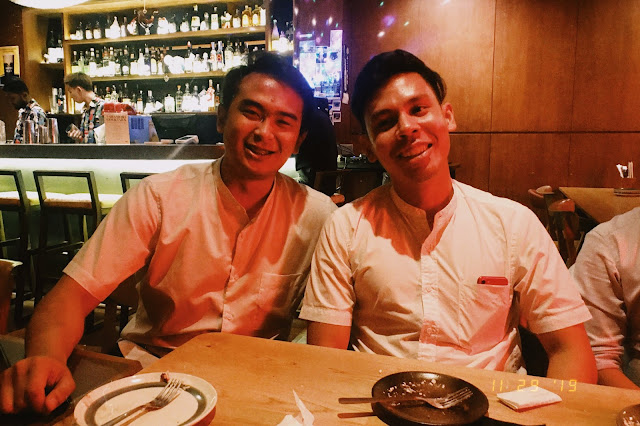 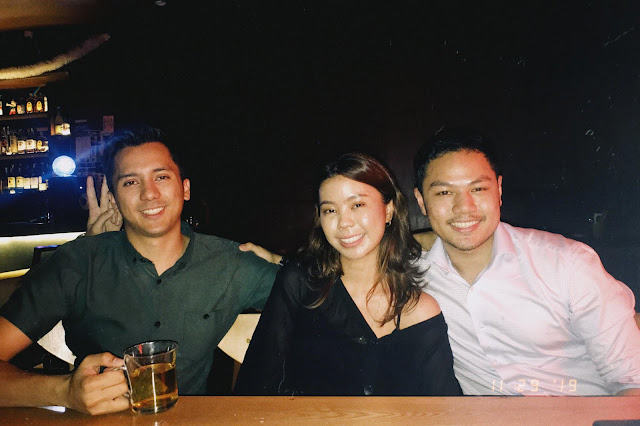 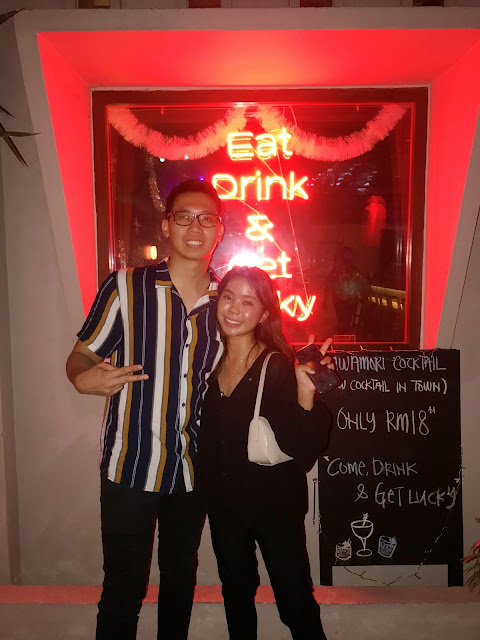 Love you, Tariq!!!! Thanks for being the best sport. And for finishing my food always.

This next event I was really excited for; Kaveetha's brother was getting married and we were all invited. I had never been to a Hindu wedding ceremony so this was so cool to be at. I had a saree made. Had to drag my mum to central KL to find one. We went to City One Plaza (just next to Semua House) and we managed to find one that was on the sale rack and I loved it as soon as I saw the colour. I decided to not have it sewn as a ready made one because I wanted to reuse the material for a baju kurung. Do I regret it? Maybe. Only because you need magic hands and skills to wear a saree. I actually paid money to have someone wrap it for me (to do this: you can ask any Indian salons as they're most likely able to do it for you). Despite the number of Youtube tutorials my mum and I watched. We tried, we really did. But bless the Indian aunty at 9:30 am having to pin the saree in place. I'm obviously not used to wearing one so I was so cautious with it in constant fear that it'll just all come undone. But good news guys, it didn't! 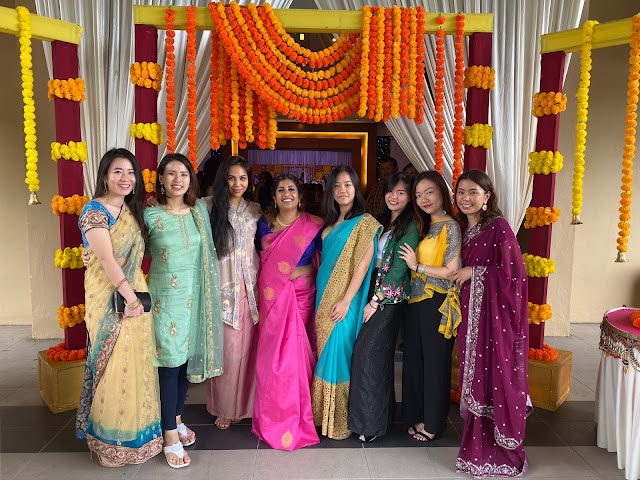 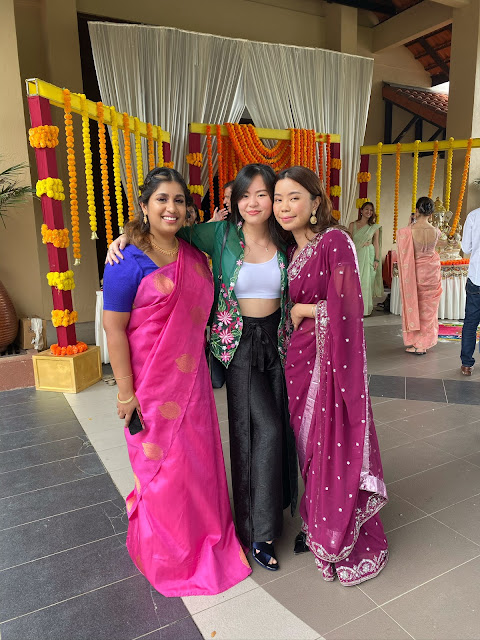 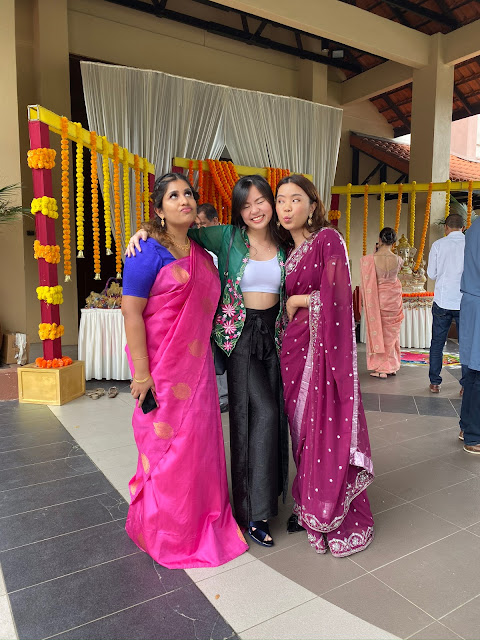 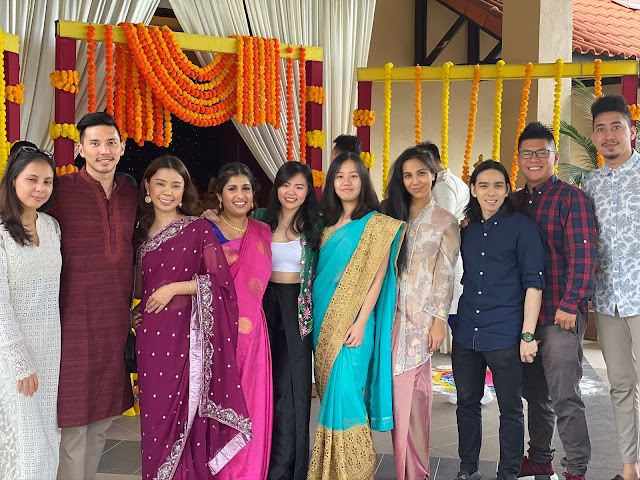 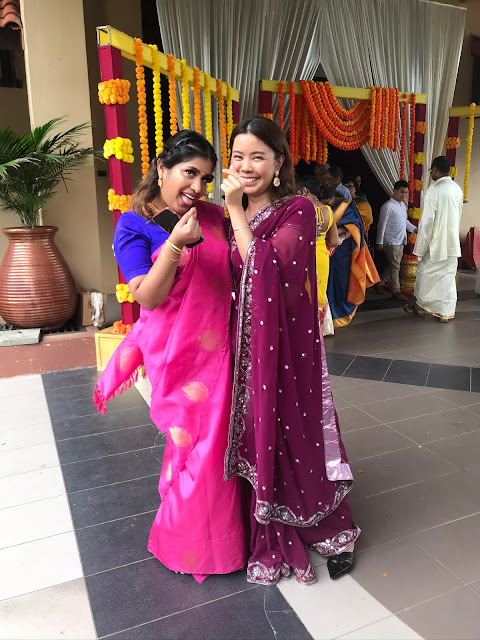 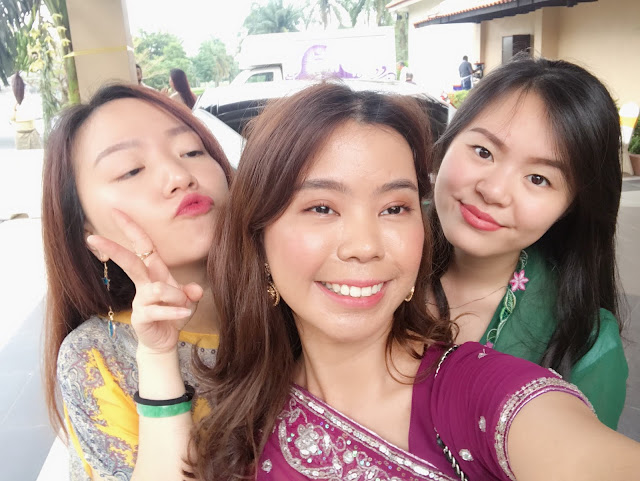 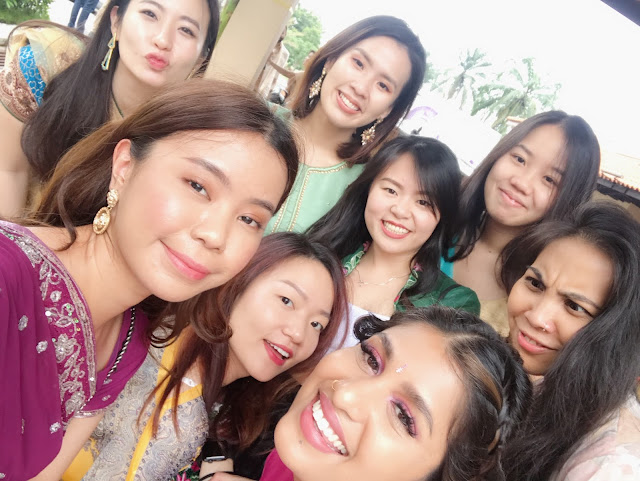 Ok context for this next stream of photos: I was in Melaka the other with my colleagues for a company day trip. We went to watch two shows. The first one was cute and it was about Melaka's history. We happened to be there the same day as other school trips so it felt like a kid show. But it was actually pretty good and I was surprised at the quality of production that had gone into it. And then we went to watch another one called Encore Melaka. That one was spectacular and caught me by surprise because I didn't expect it to be so good!!! I was in awe the whole entire time and thinking to myself wait what in the world is this show and why is it not getting enough buzz??? It was unlike anything I've watched ever.

So of course when I came back home, I had to tell this all to my mum who is easily excited and was totally game for a trip to Melaka to watch this show. So we actually did! Hahah. 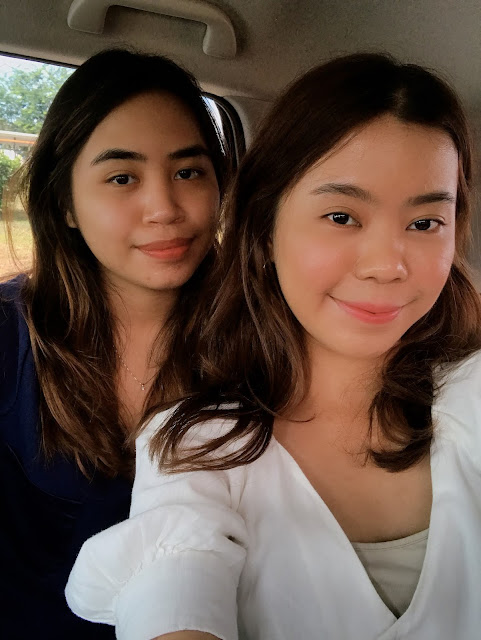 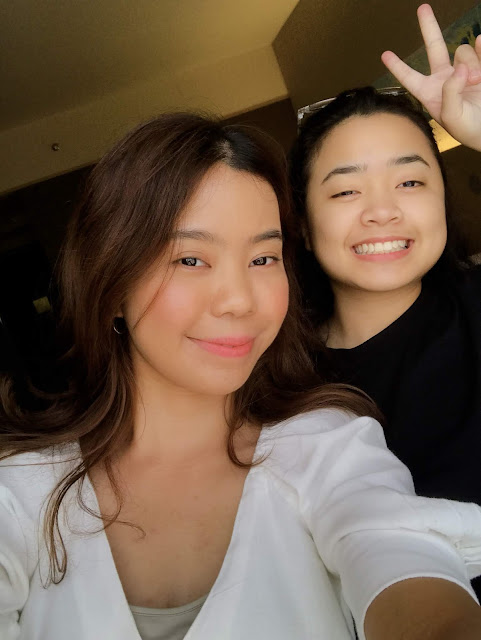 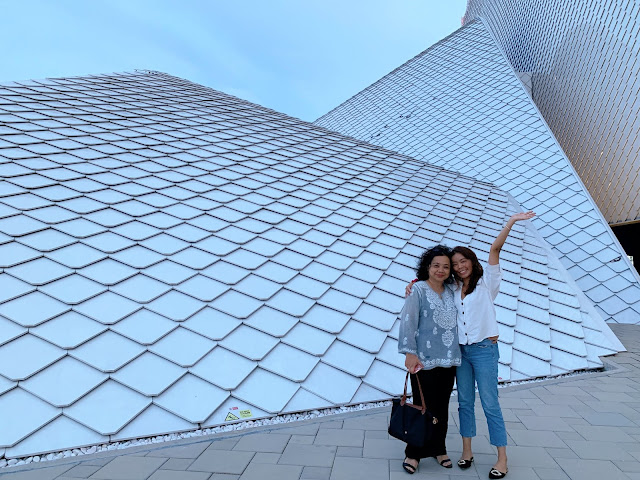 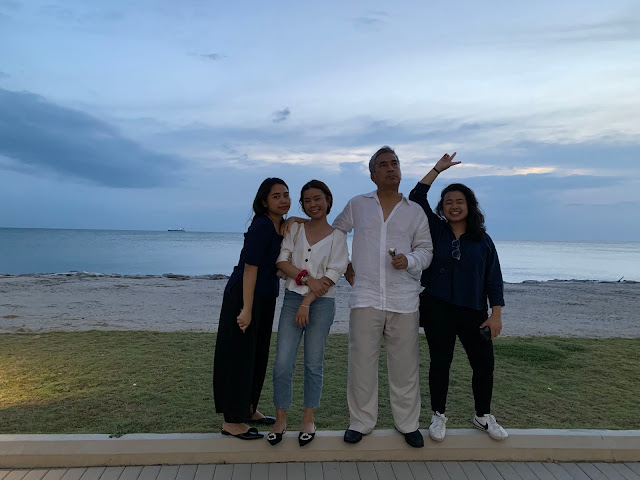 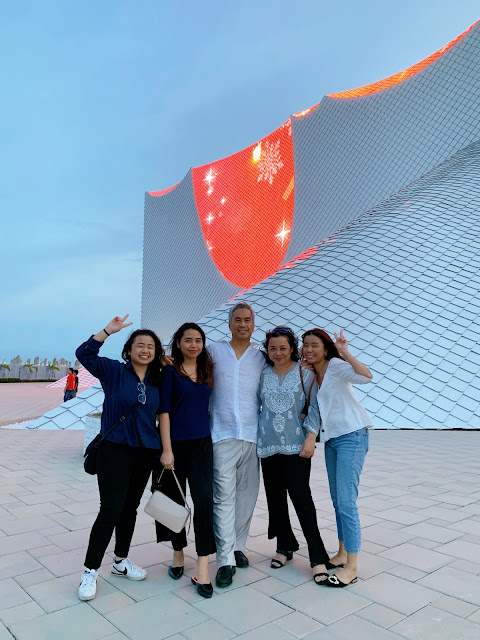 I recommend you going and checking the place out! Don't expect a storyline out of it ok, it's just very pretty to watch.

One of my good friend Afnan got married to the love of his life, Ina last week. It was the loveliest of weddings and he also got up to sing Cinta Luar Biasa to her which was just painfully cute and of course I cried watching the video montage. Something about collages of childhood pictures during weddings that make me tear up (read: cry)!!!

Afnan's one of the nicest boys around so I'm just so elated that he's found his forever in Ina. Love them!!! 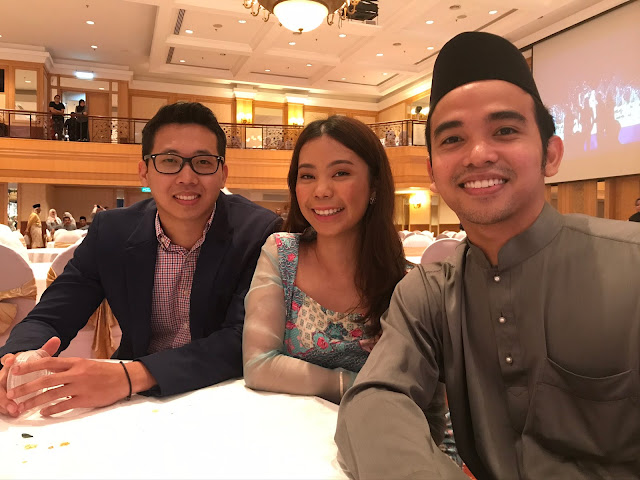 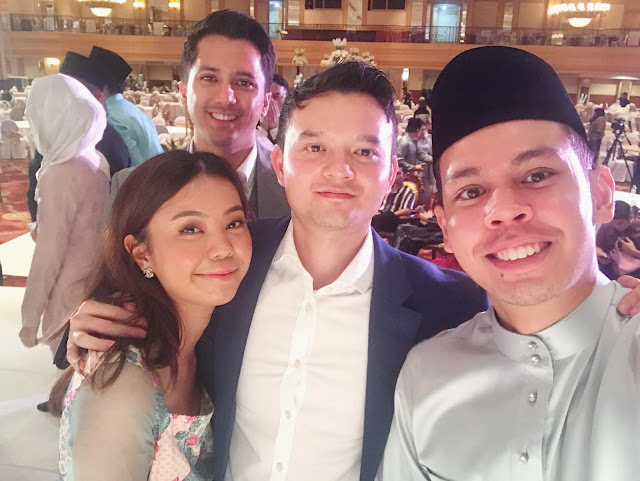 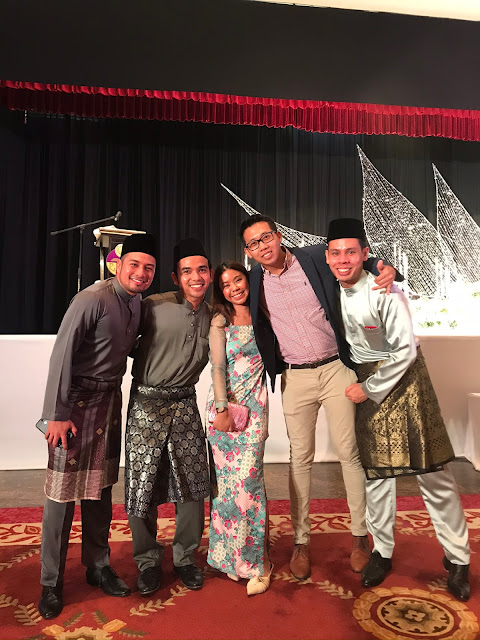 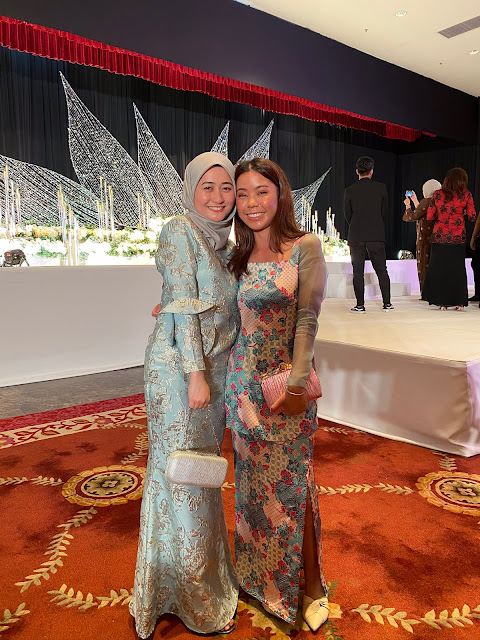 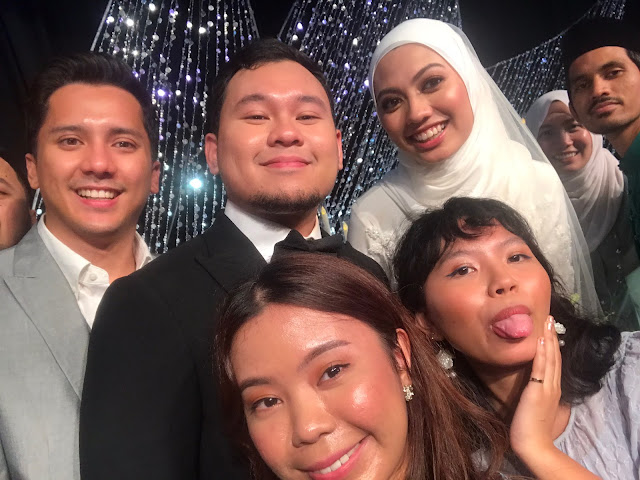 But I'll save my emotions for another blog post.

Talk to you soon.