It's a Thursday night. I'm in week 3 of working from home in this lockdown. Can you imagine!! We're in our second lockdown and I don't know how many rounds of MCO it has been. Someone brought up a good point the other day. Instead of calling it PKP, PKPB, PKPD, and whatever else it has grown into, they should've just done what the UK did; have coronovirus alert levels via tiers. So say Tier 1 is social distance, wear a mask and Tier 4 is high alert, proper lockdown, no one's allowed out. Then each tier would have their own set of guidelines to follow. It just is SO easy to understand compared to what we have now.

This country is in a funny little space now. Everytime I'm on Twitter, there's just always something new to groan about. It gets tiring to read and to hadap but I guess it's good that people are more aware about what's happening with this country and people now?? have to be accountable?? Such a concept, I love it.

Anyway, I'm happy to see that vaccination rates have ramped up in the past couple of days. I think yesterday it was 200,000+ already. It's an improvement though I think it should've been that a long time ago. We're only 11% vaxxed (and this only refers to first dosages!). And we're month 5 into this programme? I don't know. I'm just glad that this family is 2/3 vaxxed. I'm happy to report that my dad finally succumbed to getting his vaccine because we forced him into it. Even registered without his knowing hahaha. Whatever!! I don't have time for anti vaxxers or people who doubt it! I went with him and the process was so, so smooth. We reached at about 10:30 and he was vaxxed by 10:53. Best part about it is, his slot was for 11am! So he was technically done even before his appointment time. Amazing. And I really loved that it was all in one hall so we didn't have to move about! I tried to make the experience as quick and as smooth as possible, just so he doesn't get peeved. Alhamdulillah it was all smooth sailing! So here's a photo of him after being vaxxed. As for side effects, he was down with fever and body sores so he hated that part haha. 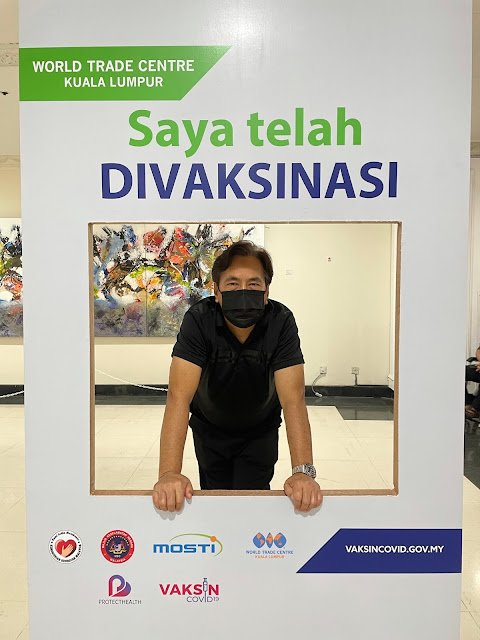 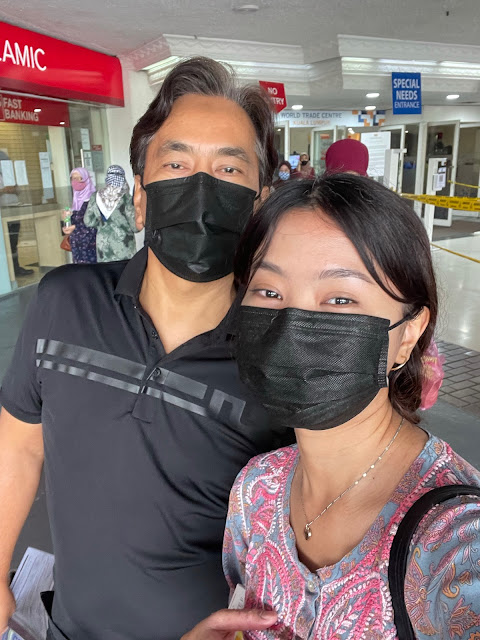 We're just pending for Iman's appointment in July and for Mama's appointment date. I'm quite disappointed that Mama hasn't gotten hers because she is a teacher! Shouldn't that be counted as a frontliner? Ish.

This MCO feels so weird compared to the first one. The first one macam.... a new experience. So the fact that we were working from home was quite... fun? Cause I got to eat at home all three meals in a day and slept in 'til it was time for work. And not wearing make up! People were making iced coffee and all that innit. I just remember it being super hectic with work cause we were in the middle of new projects so to adjust to that was bit difficult.

But this MCO.... I just am so done with it. I wanna go out. It's like seeing everyone else have fun at a party and you're stuck at home cause you're grounded. Feels bit like that now especially when news around the world are about lifting restrictions, lowest Covid-19 cases they've had, people going maskless, vaccination rates almost half of population. It's FOMO if you think about it. We were there much earlier than everyone else. Some idiots thought an election was ideal so that messed things up lah but oh well. Biar lah dorang, hope they're not getting good sleep at least.

Edit: My mum got vaxxed! Hahaha. It was on a Saturday and she checked her app to just see if there was an update (she checks pretty regularly! Her last check in was at 11pm the night before but nothing as of then) and there was! She checked at 12pm and her appointment was at 2pm that same day. So I went with her to teman, it was in KLCC. So it was really nice and bright and big. Not that many people too so it was also very quick and efficient.

Here's a photo to commemorate my mum getting vaccinated. 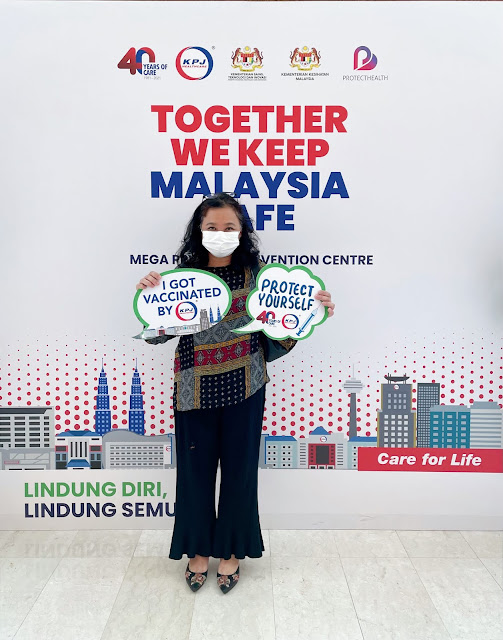