I'm in Penang! After more than a year, I'm back in my hometown. You already know this but this island is my second home. Two of my favourite people I've ever known live here; my grandparents. After such a long year of being stuck at home, I finally got to fly back to Penang for a good break. We (my sisters and I) flew here on Thursday evening and came in enthusiastically. My Pak Tok doesn't have great memory as of late so it takes a while for him to recognise us. I said "Nadia! I'm Nadia!" and he said "Oh.... my sweet Nadia". I mean, pure unadulterated tears.

Today was a rather fun day out. It started with my sisters going out to buy lunch, we had Bangkok Lane mee (I highly recommend!) and after we were all full and happy, we went out to get drinks. But before that, we went to this vintage shop at Jalan Nagor called Fujiyama Jeans. It's just SO cool, it's a thrift store for both men and women, a record store, and they also sell bit of coffee and film cameras! It was such a pleasant experience because the people were really friendly and their curated collection of clothes (imported from Japan!) were really top notch. And super affordable too! I managed to snag a beige sequinned evening bag and a Ralph Lauren-esque cardigan. Tania also managed to get herself a genuine vintage Moncler jacket! Love it. You have to go if you're around the area.

Then after that we drove to La Vie En Rose but we just so happened to find parking right in front of this shop called TEMU Coffee. Coincidence because I had just looked up this cafe on Instagram the night before so we just kinda got in and decided to have some drinks and desserts first before going to La Vie En Rose. We had the waffle and it was genuinely SO good. It was the topped with cream and ice-cream and had burnt bananas on the side. SO YUMMMMM. I love Penang and alllll its alleys and streets of really obscure but insanely cool cafes and eateries. So unassuming but they're always so occupied that you often had to be waitlisted or like... denied entry completely. So this was great that we had seating and no waiting time and the food was really good.

We weren't quite done with thrift shopping so we Googled the next one and it was our stroke of luck that it was just a 3 min drive from where we were. It's even MORE obscure but we got there in the end haha. It's a smaller shop but still full of gems. Iman got an oversized rugby shirt and Tania got two blouses for super cheap. As we were leaving, there was a rack of t-shirts outside and we spotted one that was Harry Potter themed, had 'I solemnly swear I'm up to no good" and Iman freaked out, she's in her Potter phase now. Took the tee and went to the cashier to buy and the guy was like "If you buy 3, it'll be RM10" to which Iman said "No it's okay, I'll just take this one" and he just shrugged and said "Ok, then you can have it for free" and just put it in her bag. How sweet! Iman's a happy shopper.

Then we drove back home in time for a pizza dinner! Hahaha I know everyone who comes to Penang for holiday must want to kick me where it hurts but we actually don't always eat famous Penang food like chendol, nasi kandar, laksa and all that. We do have nasi kandar, that's a must of course but we rarely ever go out to eat it. We'd take away and have it home. So we don't really see the food sitch in Penang, unfortunately. Not until recently at least. 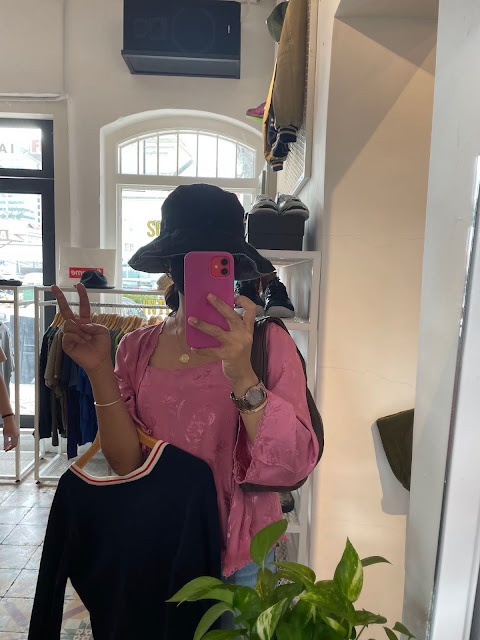 This was at our first stop; Fujiyama Jeans at Nagore Road. Not in photo: the divine beaded evening bag I got for 50 bucks. 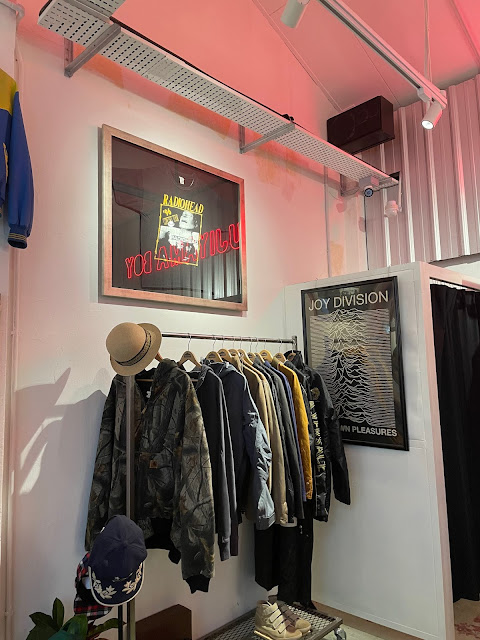 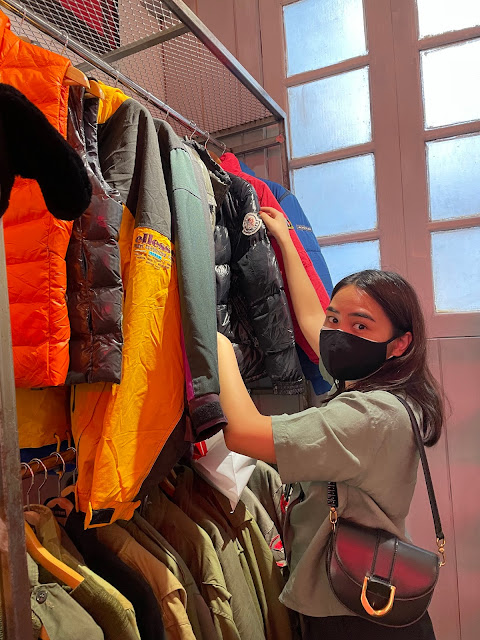 Tania spotted this vintage Moncler jacket after buying her bucket bag. She couldn't stop thinking about it after trying it on. It looked pretty sick but we were weighing the pros and cons especially since it wasn't cheap. Like?? Where was she going to travel to warrant a purchase like this?? She said "With this jacket, I'll plan a damn trip somewhere". I told her to think about it and she put it back on the rack before heading out to our next spot; coffee and cakes at a cafe. 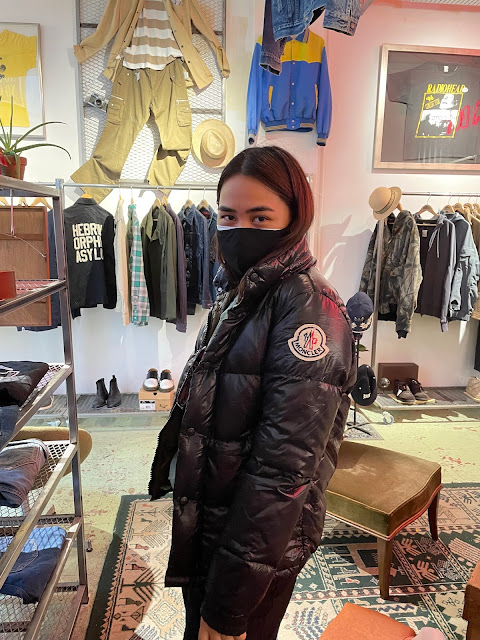 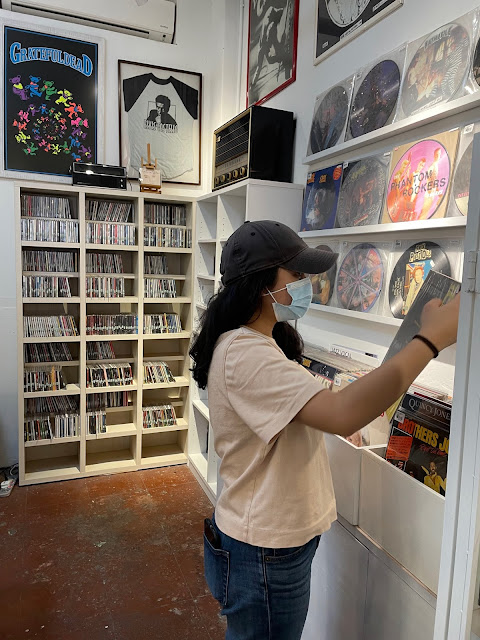 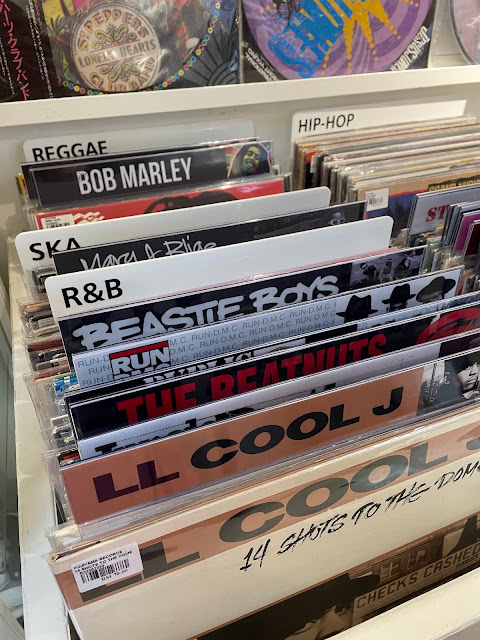 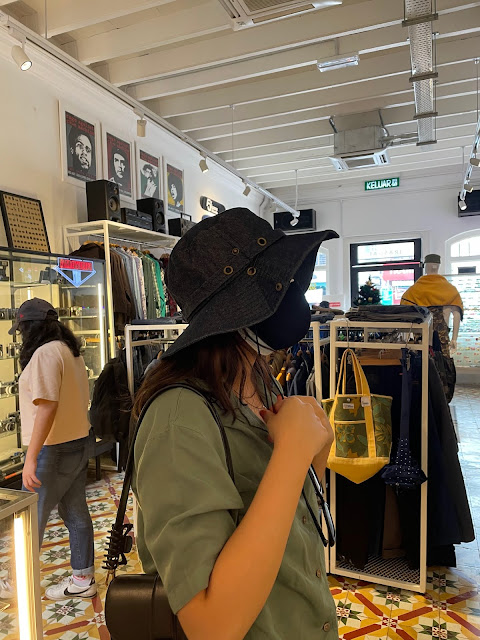 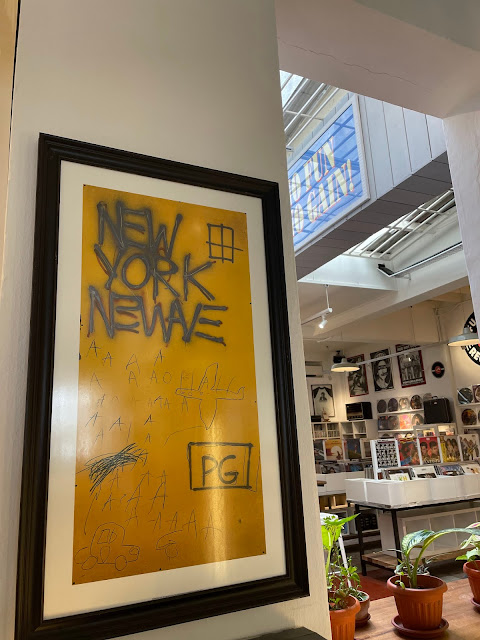 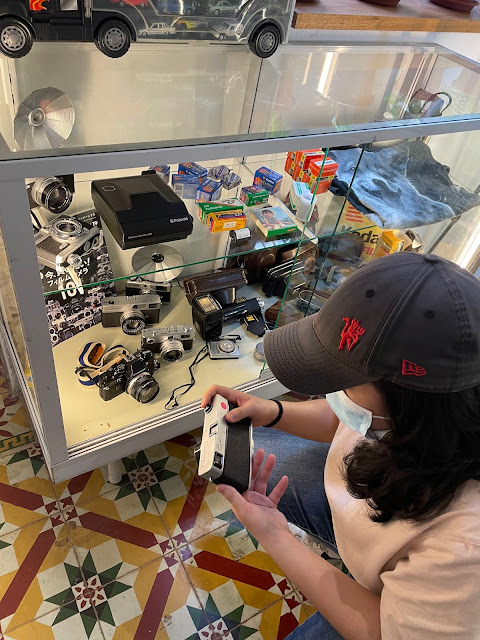 I definitely think I want to get a film camera for my birthday. I just don't know where to start looking. 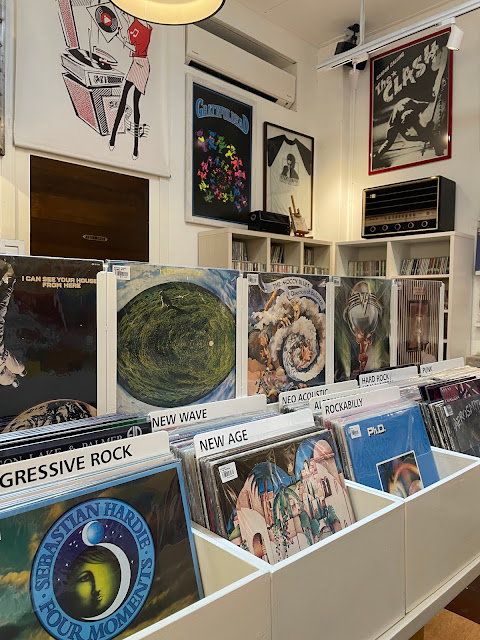 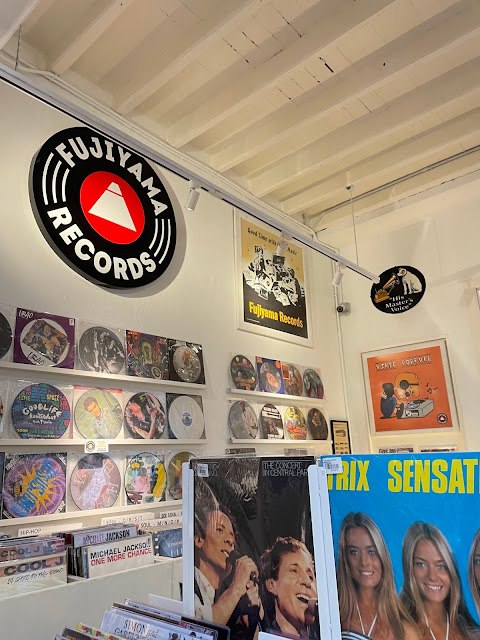 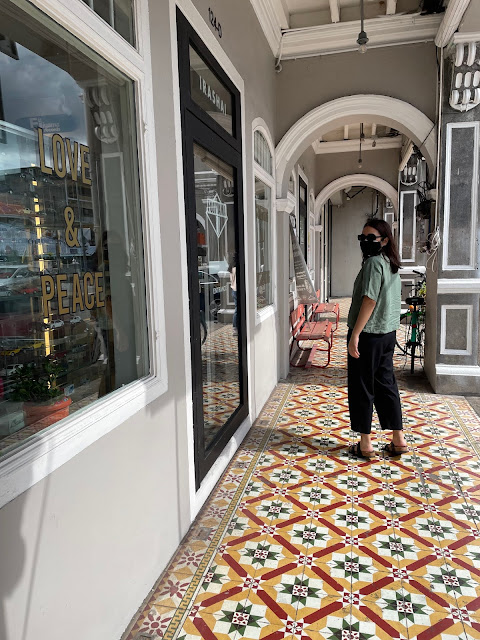 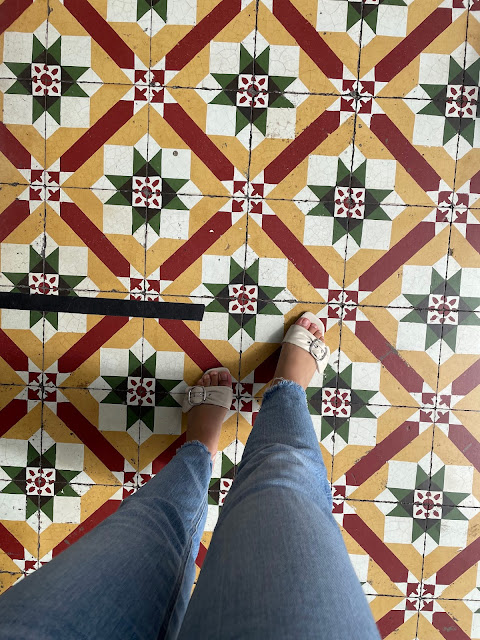 But why are the tiles here so freaking cool. 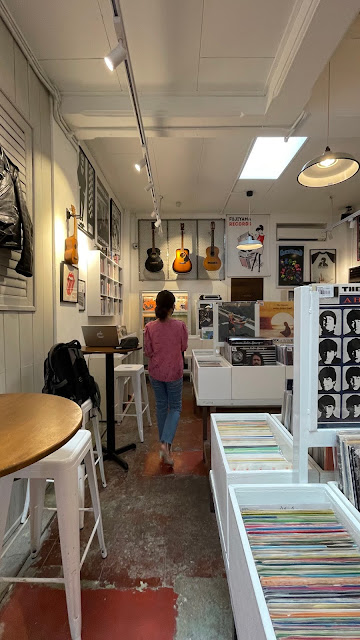 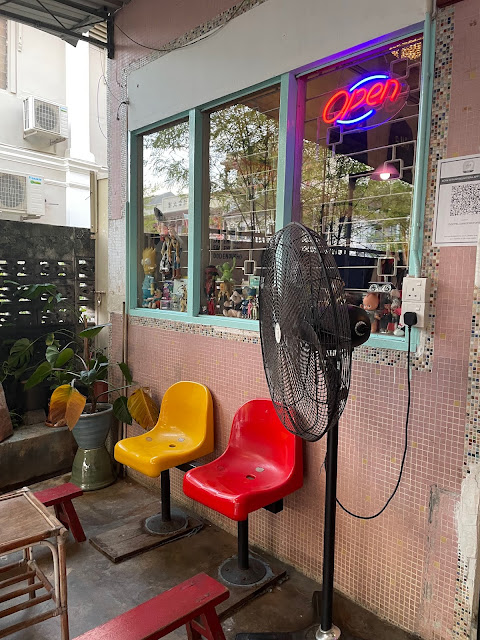 The next thrift shop was an obscure one, hidden among small houses/shop houses. It's called Doppel Ganger (spelt that way). 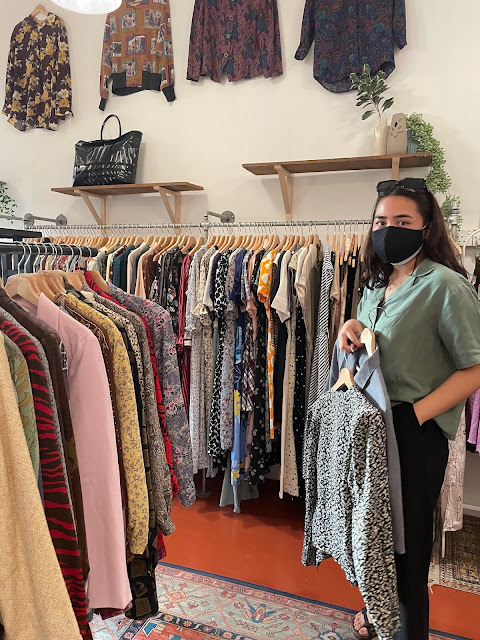 Tania bought those two blouses for 40 bucks in total. 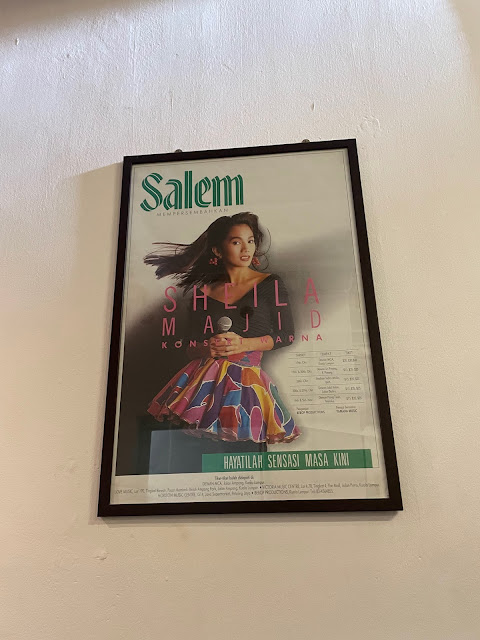 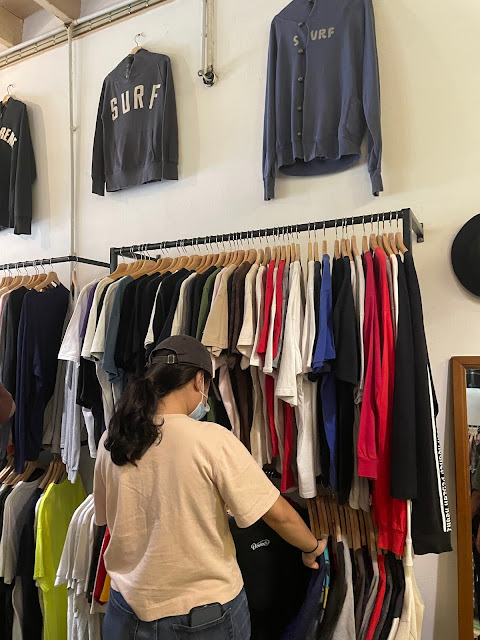 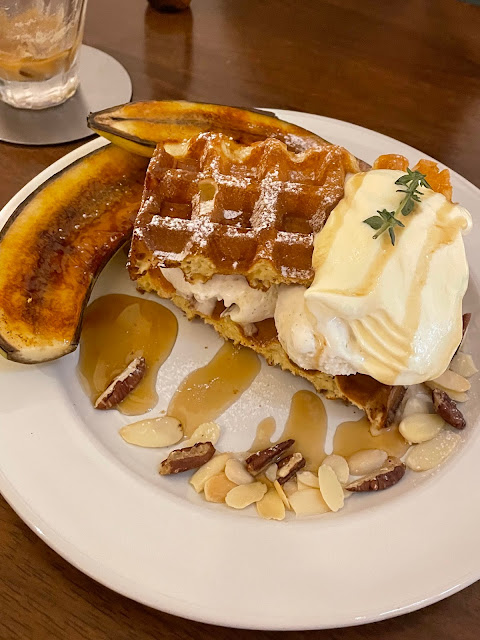 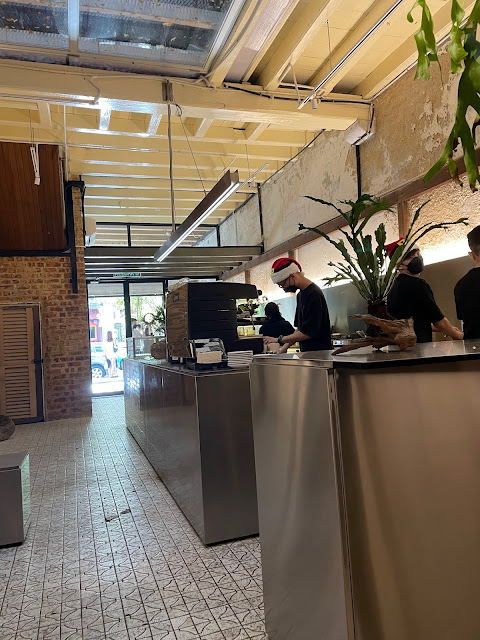 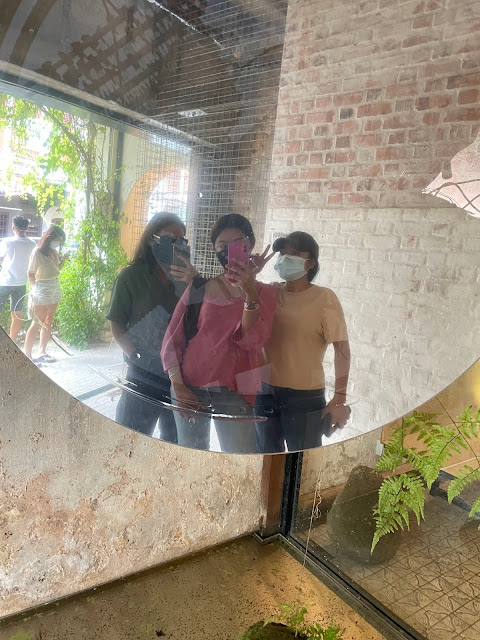 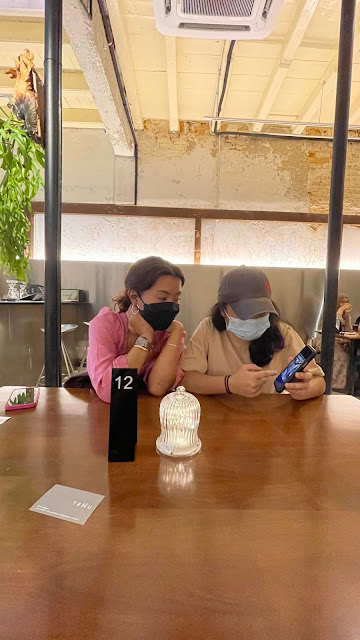 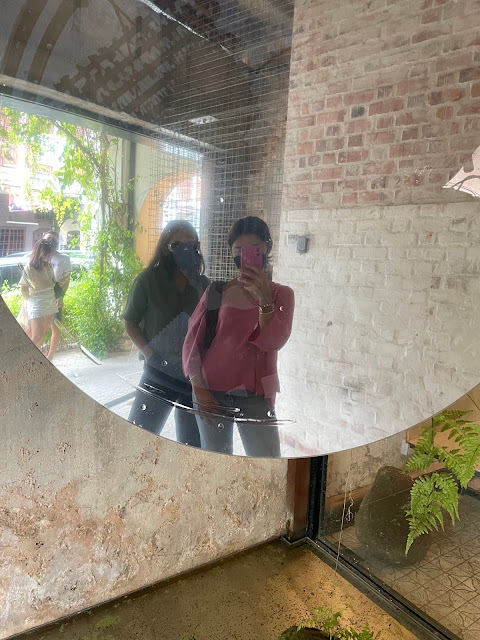 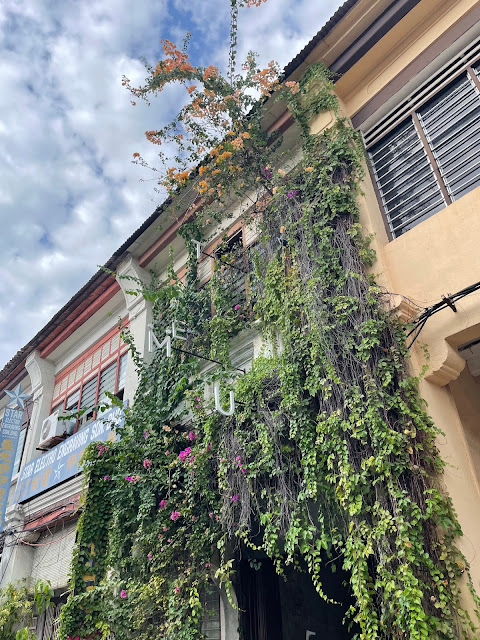 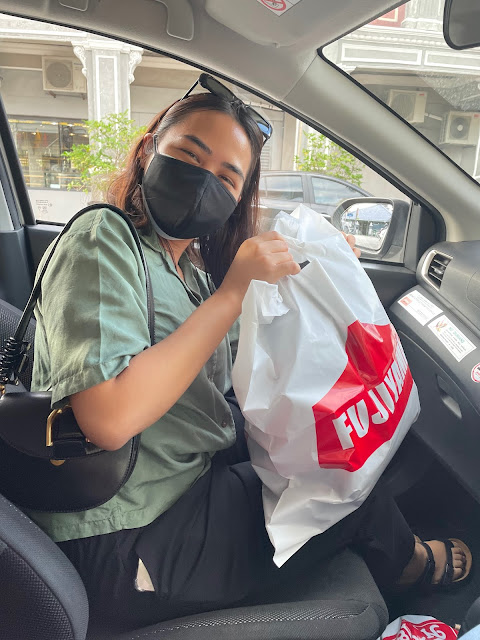 Ok so after that TEMU and La Vie En Rose trip, we went back to Fujiyama cause Tania decided she'll just get it instead of worrying it'll get snapped up by someone else. Idk who else is planning a winter trip but ok. Happy she got it though! I can pinjam duh.
It's about 1:16 am now and my uncle's buying nasi kandar for breakfast tomorrow and I'm so excited! Now I'm going to continue on this Downton Abbey episode before calling it a night. Have a great weekend, guys!
xx
Written (technically typed) by Nadia Zainudin at 1:17 AM