Because everyone was posting photos on Instagram of their roadtrips, my friends and I finally went on one.

We went to Melaka!

It was a spontaneous day trip and we painfully started the day at 730......... that's probably the earliest I've woken up after A2 exams. No one should wake up that early lah. Don't know how I did 11 years of schooling at 6:30. You'd think I'd get used to it huh?

Tariq fetched us from Marissa's and we had McD breakfast first before we started the one hour journey. Let's all guess what we did in the car.

Reached scorching Melaka and we walked to the river cruise first. I was imagining Venice but alas, no gondolas and no cool weather. I was sweating rather unattractively. 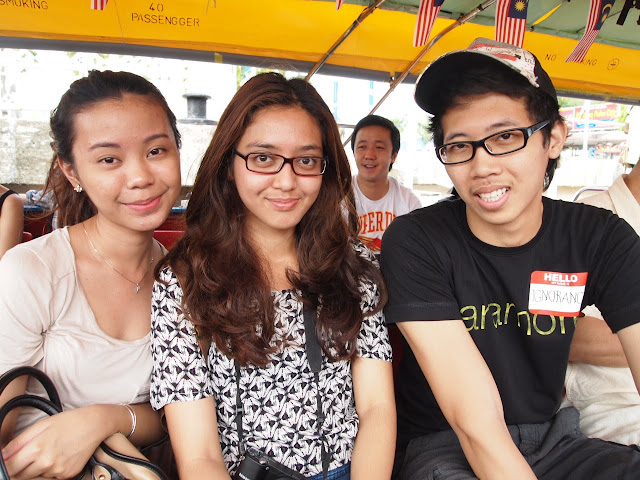 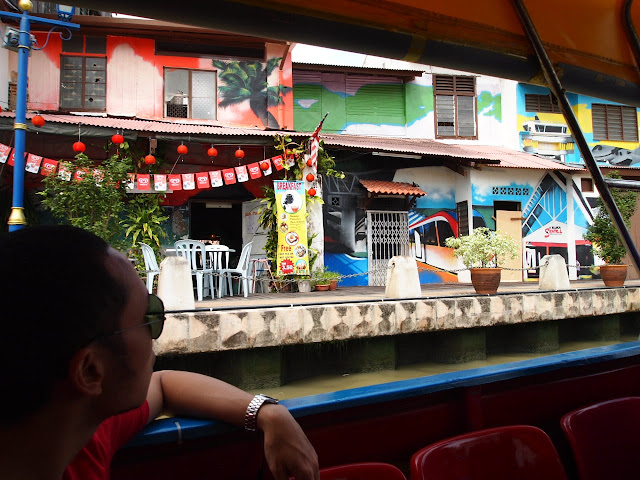 The paintings on the shop lots were so colourful and cool so that was worth it. But half way through I kinda just wanted to hop off and take photos with the walls and do my #ootd's instead.

And then we went to the market place (?), the place where there were many beca's and 'I Love Melaka' t shirts (in which we all shamelessly got) (for 12 bucks hello bargain??)

SO here's me looking like a tourist in my own country 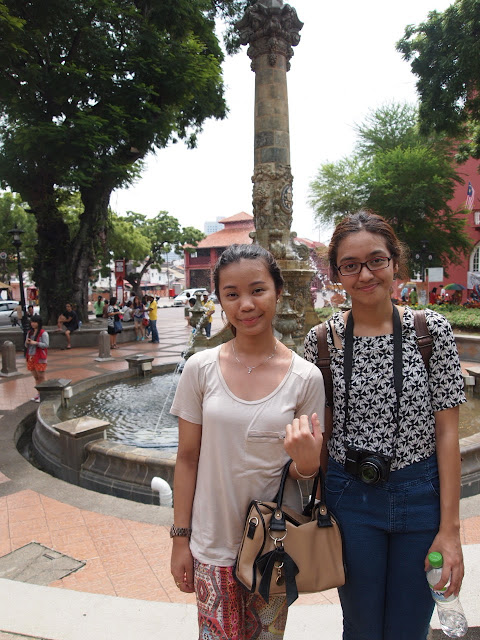 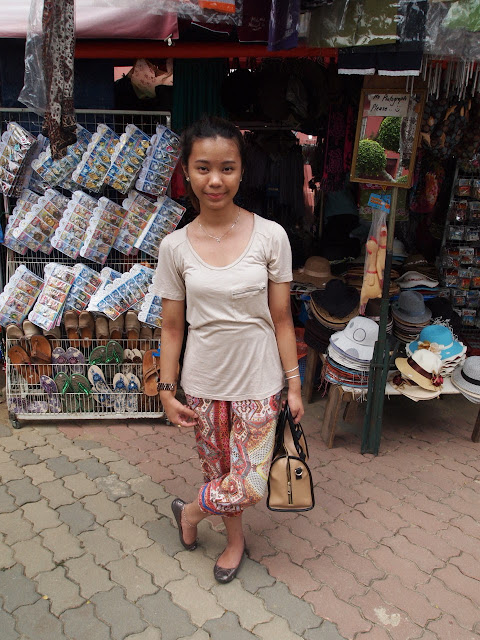 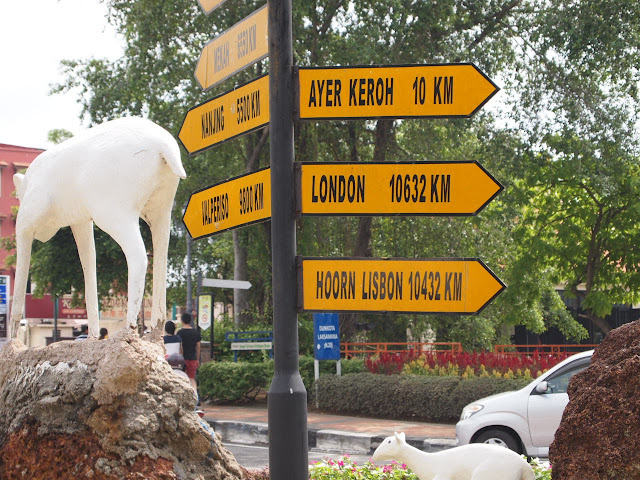 Like how I said before, Melaka was so panas!! Ok maybe it was the whole of Malaysia that was hot hot heat but haven't walked under the sun this long in a while! Was burnin up and can cook telur goreng already on my head. Dahlah I forgot to bring my shades! I was squinting all the way! Really should have bought those funny looking, clichéd hats.

Ok no, maybe not.

Really wanted to go on one of the beca's because they were so prettily decorated with flowers and heart shaped things everywhere! One had probably the girliest decoration and yet, it was blasting hard core music. Er. What.

Walked to Jonker Street and of course this happened 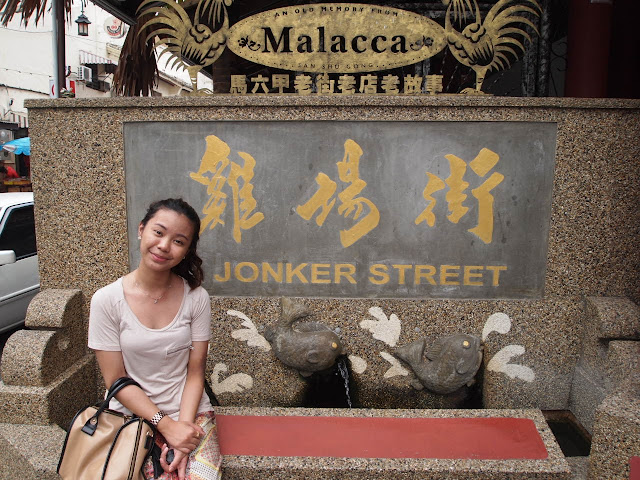 Melaka is so dainty and so cool. From the small antiquated shops to the streets to the food, I love Melaka. It has that je ne sais quoi KL doesn't. It was a brilliant escape from the hectic KL (not that I was hectic or anything, it's safe to say I've been anything BUT hectic ever since exam and college ended).

Out of all the days, the shop that sold halal chicken rice balls closed! And ONLY on that day pulak tu. We had pretty late lunch because shops were closed everywhere because who eats lunch at 4? Haha we settled for a small shop that bore the sign "ASAM PEDAS MELAKA" so we decided hey atleast it was something Melaka-y.

But before that, we followed Kanda to a durian cendol place. K I love durians but can't say the same for cendol. I can do ais kacang but only with syrup and syrup only. Can't even deal with the milk in ice kacang..

Anyway, since it was a hot hot day, I gave cendol a go. 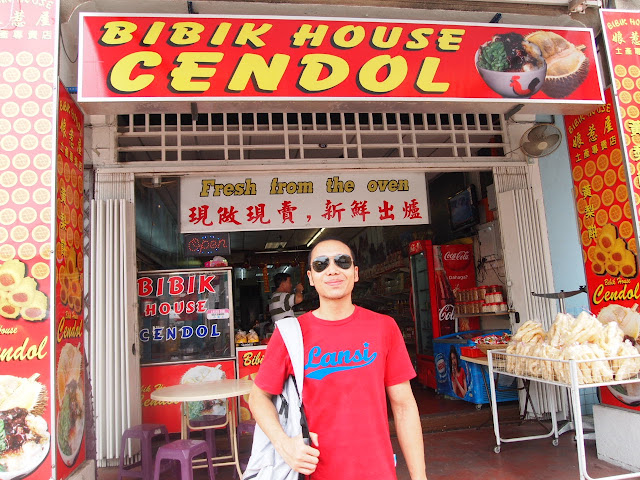 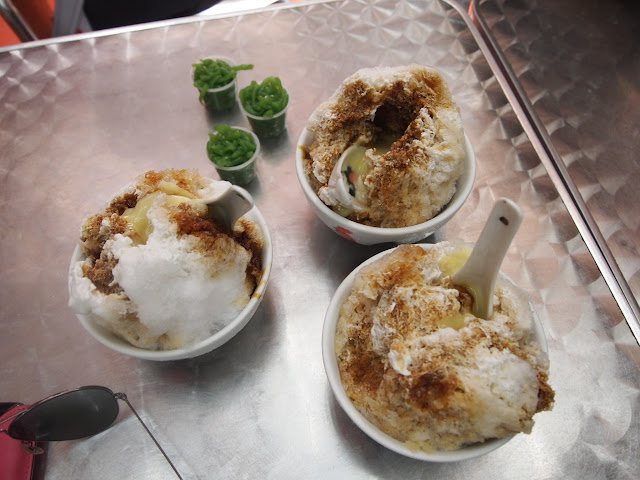 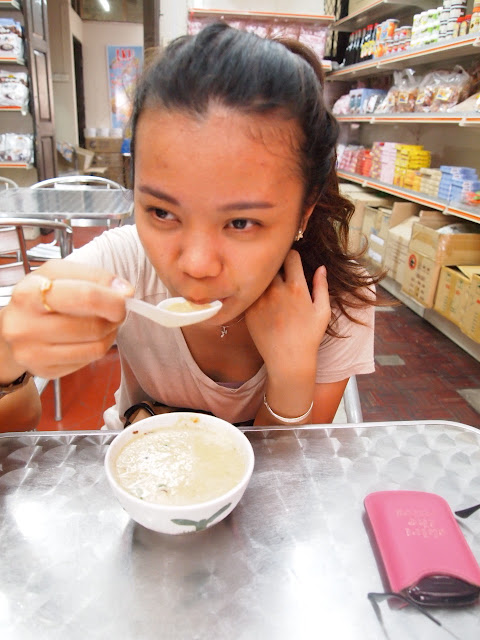 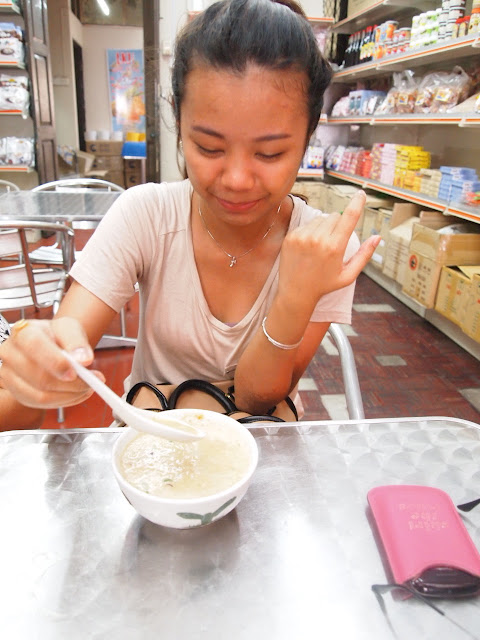 This face is still okay. I did the ew ick ugh yuck face too but that wasn't captured on camera thank God! I'm one of those people who prefer durian on its own as opposed to being incorporated in other things like rice or cendol or ice-cream. My mum eats durian with rice AND ICE. Um...

So basically this was our reaction to durian cendol 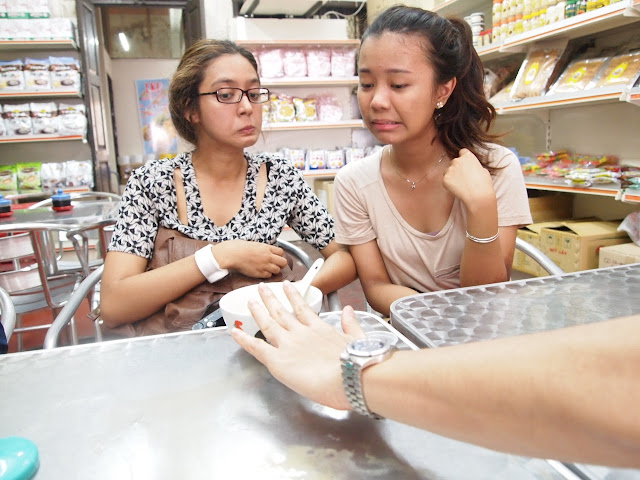 
After going to several shops for some kebaya hunting, we headed to the car cause we all got hungry and needed lunch. I basically ran for it cause the thought of air conditioning in the car was so comforting and exciting!! Hahaha

After lunch, we headed to PD. Yeap, we actually went to PD. But since it was raining so heavily, we didn't do much with the beach so we just sat around before going out to have some good (and super cheap) seafood!

All in all, it was a great trip. Enjoyed the spontaneity and the company and I survived the day with only 100 bucks.

Thanks Mars, Sarah, Sha, Kanda, Tariq for being so fun to be with!

Written (technically typed) by Nadia Zainudin at 12:58 AM