I woke up to a cold Thursday morning and continued watching Masterchef sampai I got real hungry. So I was like,

So I put on my jacket and shivered all the way to the grocers (only like a minute walk away but still!) and channelled my inner domestic goddess. Reached for some fusilli (I had to Google this) and pasta sauce, and mushrooms, garlic, olive oil and bell peppers.

Came home and changed gear from Lazy to Supergirl. Boiled my pasta took out my brand new chopping board (..... i might have just bought it yesterday....... after 3 weeks here...) and sliced my mushrooms. And! I did my laundry because it was sunny outside so decided to take advantage or Mr Sun before he disappeared again. If my family and friends saw me multitasking, they would have probably given me a standing ovation knowing them hahaha 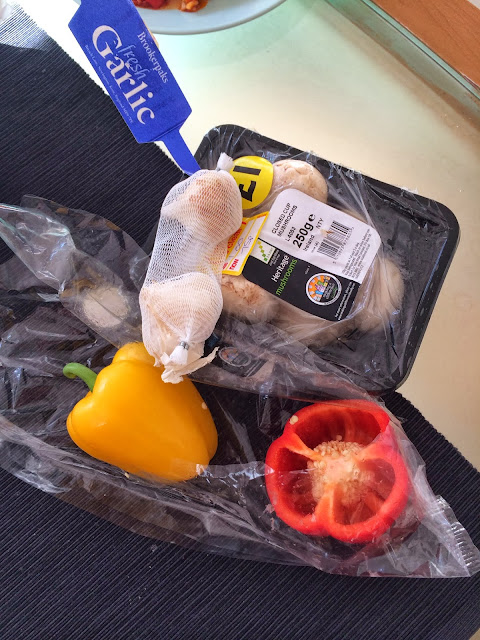 Took out the bell peppers and I started cutting it.... hmmm.... I was cutting them from all angles and since I've never dealt with such things, I opened up Youtube and searched "How to cut bell peppers" hahahahaha

So then I moved on to cutting garlic....... HMMMMMMMMMM how the hell.............
Main hentam je and as long as there was SOME diced garlic, I'm okay.
Then I campak everything in and then I poured the sauce in and then baru I tossed in the pasta. At this point, I didn't care if it was good or not, I was just proud I actually made a decent looking dish!!! 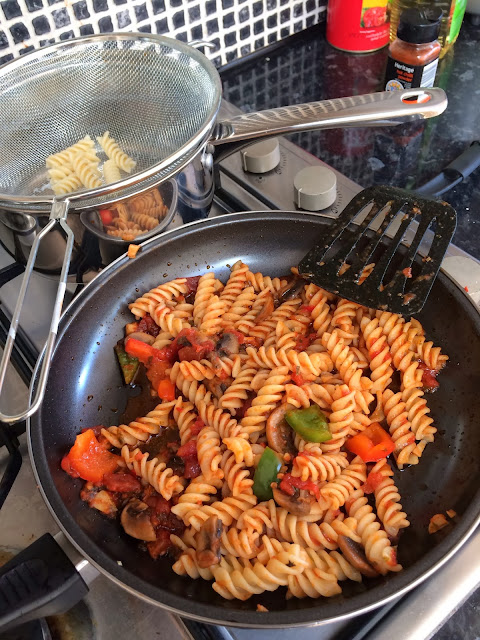 Of course after plating the pasta, I had to take a photo of it and send it to my parents. 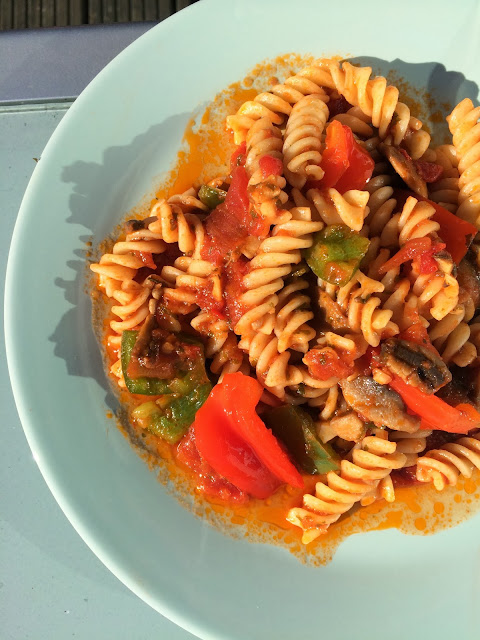 I mean, c'mon! For someone who hasn't made anything for herself ever besides Maggi, this is a pretty good attempt! So proud of myself for pulling it off!

Heh, the kitchen isn't so scary after all huh?


Ok fine no but high ambitions never hurt anyone!
Written (technically typed) by Nadia Zainudin at 1:36 AM