So I just finished watching Beyonce's performance at the 2014 VMAs. She is possibly my favourite ever performer of all time. THE best out there nowadays. It's ridiculous how on point she is with every show she does!!! She really deserves all the success she's having now because I can't level her up with anyone else in the industry. I'm SO SO SO SO happy I went for her concert earlier this year! Ridicccccccccccccccccculous. Watching Beyoncé live should be on everyone's bucketlist. For real!

Ok fangirling over Beyoncé over)

I'd like to start off by wishing my bestie best girl, Zati, a happy 21st birthday !!!!!! Always the life of the party and the friend I always resort to about my problems. You've been so good to me during the years we've known each other and I appreciate you all the time, babes! Wishing you all the best things in life (so that's Chanel, Balenciaga and Tiffany's..... and success and love)! You deserve it muah muah babe girl!

For her 21st birthday, she called up her closest buds for an intimate birthday dinner at Acme Bar and Coffee at Troika. I've not been there so I relied heavily on my Waze. I like how people are still amazed that I drive here and there. Yes, guys, I drive. (I'm going off a tangent now to declare my love for Waze, that app has a special place in my heart)

I don't know what it is I do but I always manage to be late no matter how early I get ready! I think it's because if I get ready early, I'm so confident that I have so much time left to drive there without even accounting for the traffic or going to the petrol station. And in the end, I actually forgot to bring Zati's birthday present.

It was so nice to see everyone. I hardly see the boys in nice shirts because they're always in their shorts and tshirt so it was a handsome sight. And the girls obviously dressed up, we go anywhere also we dress up lah so the birthday dinner was no different. We don't do dinners as often as we'd like (partly because none of us want to willingly volunteer to organise one, we're the laziest of bums!) so when there is one, I look forward to it like crazy because I get to put on pretty clothes and wear my heels! I try my best to avoid heels because they hurt my poor feet like hell after an hour. But I braved it out and also because I want to appear tall in photos. 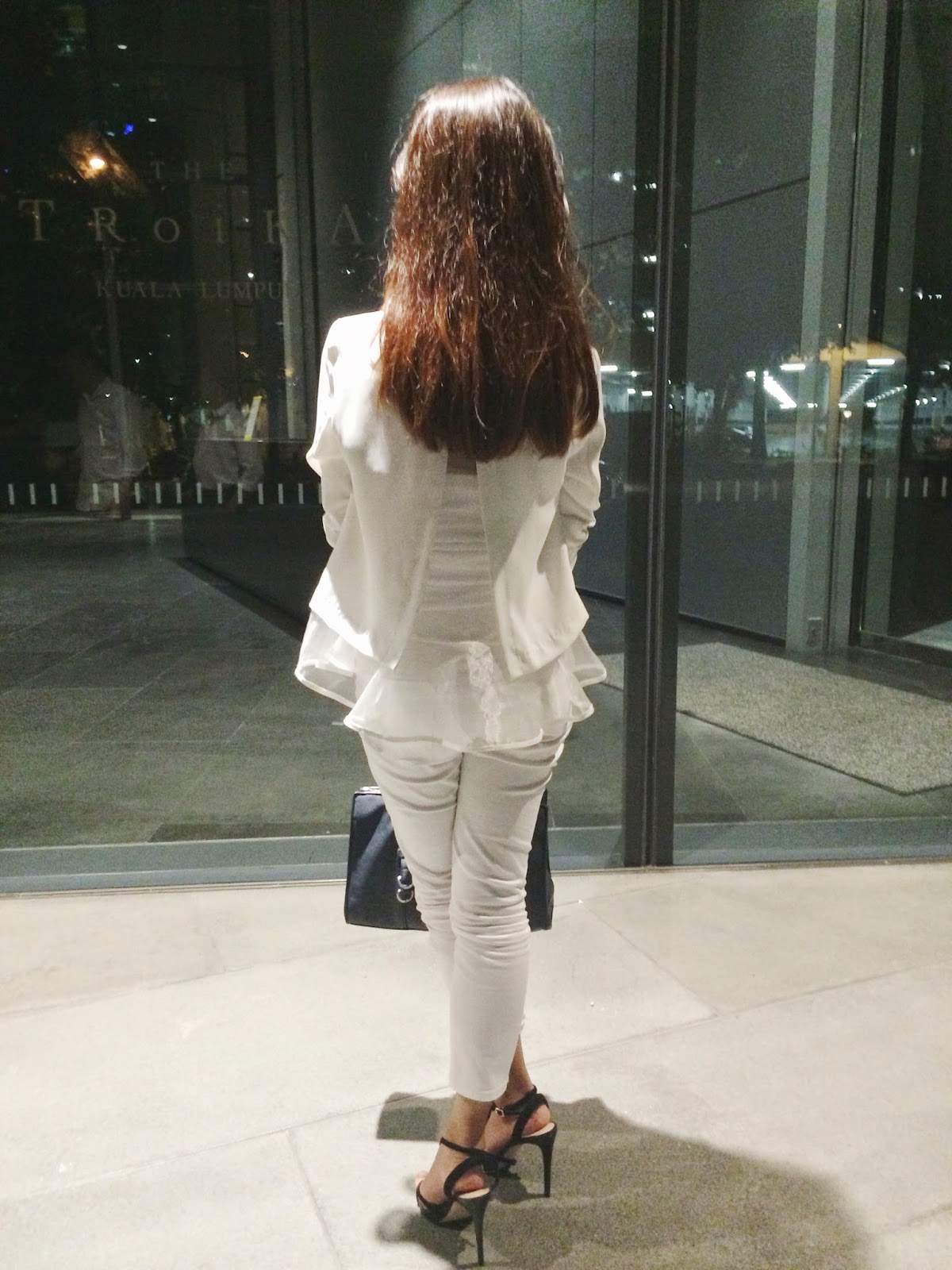 I've been wanting to wear this top for so long now! I got so many nice compliments from my friends so it was a good thing I did wear it instead of letting it rot in my closet. It's from Seelovemine and I saw Yasmin Soh wear it on her Instagram and I HAD to get it. So I did. Like, 5 minutes later. 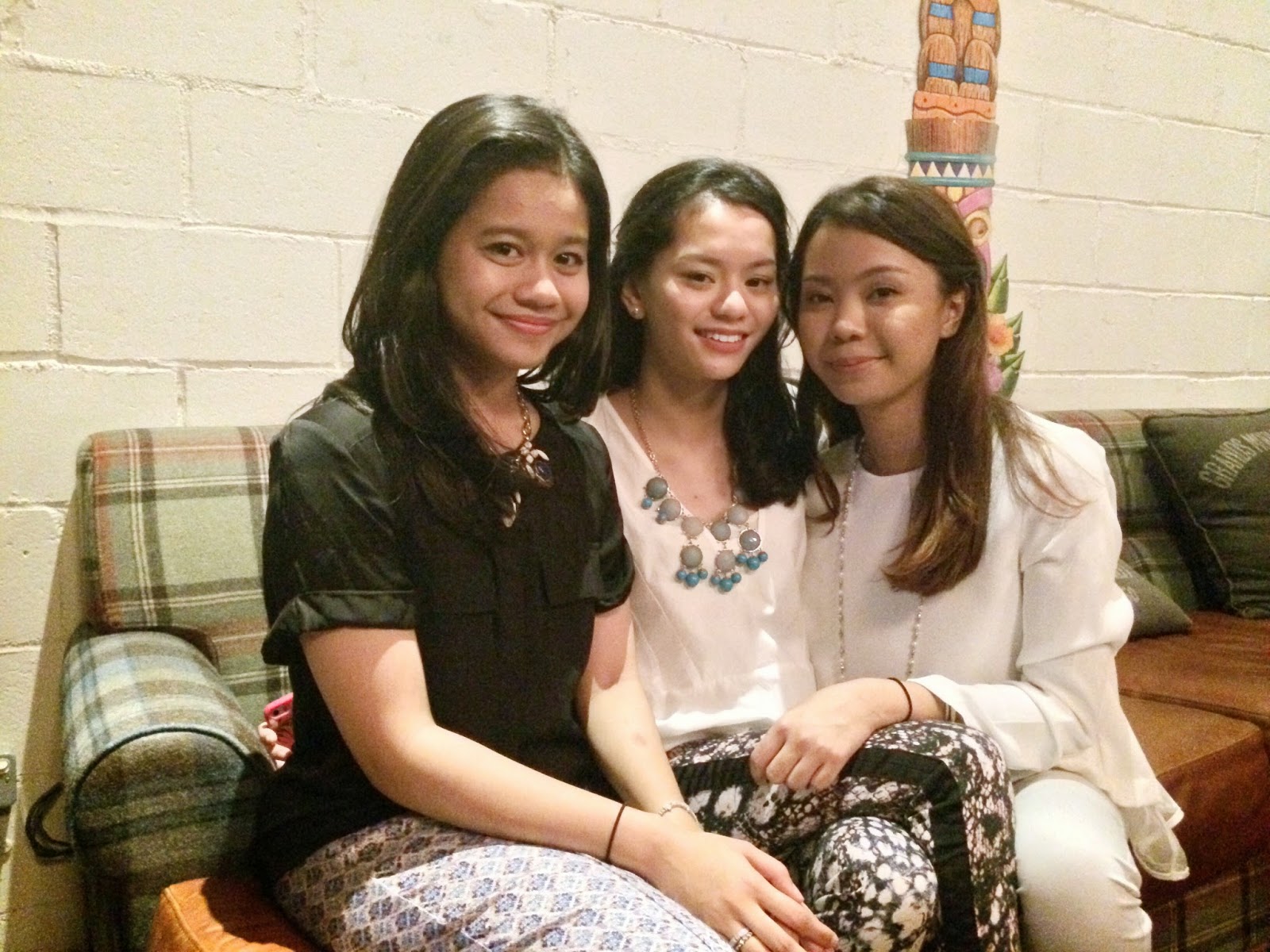 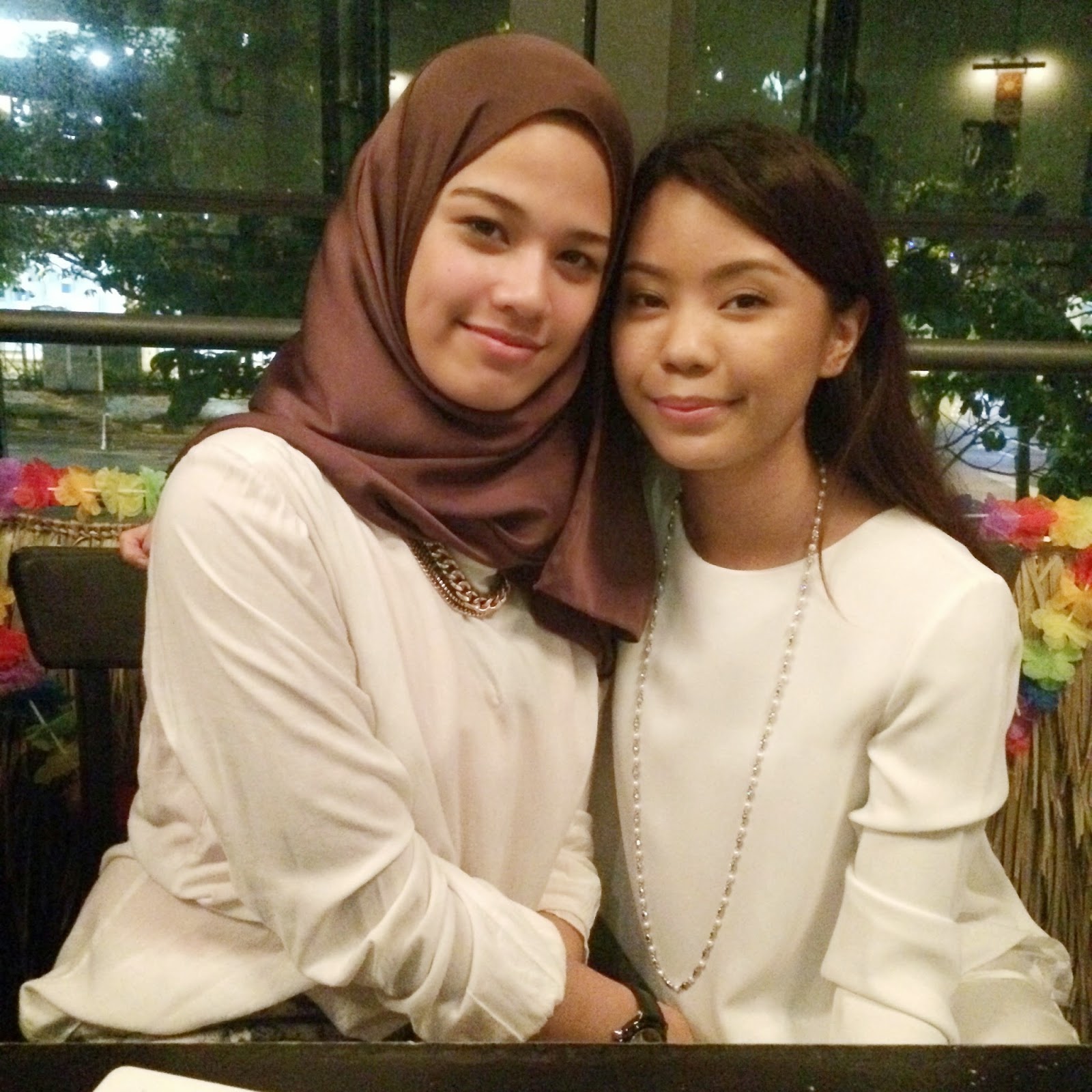 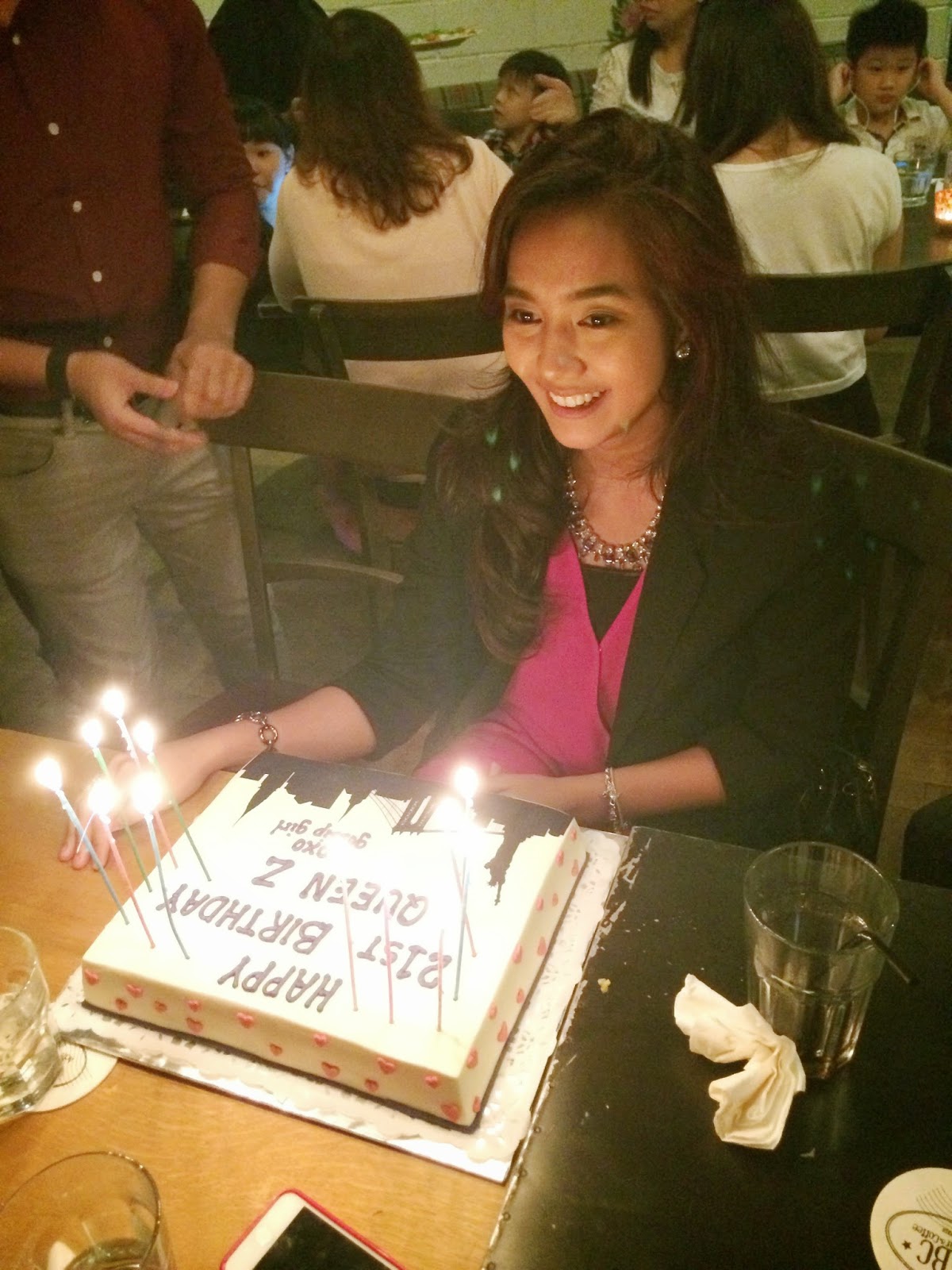 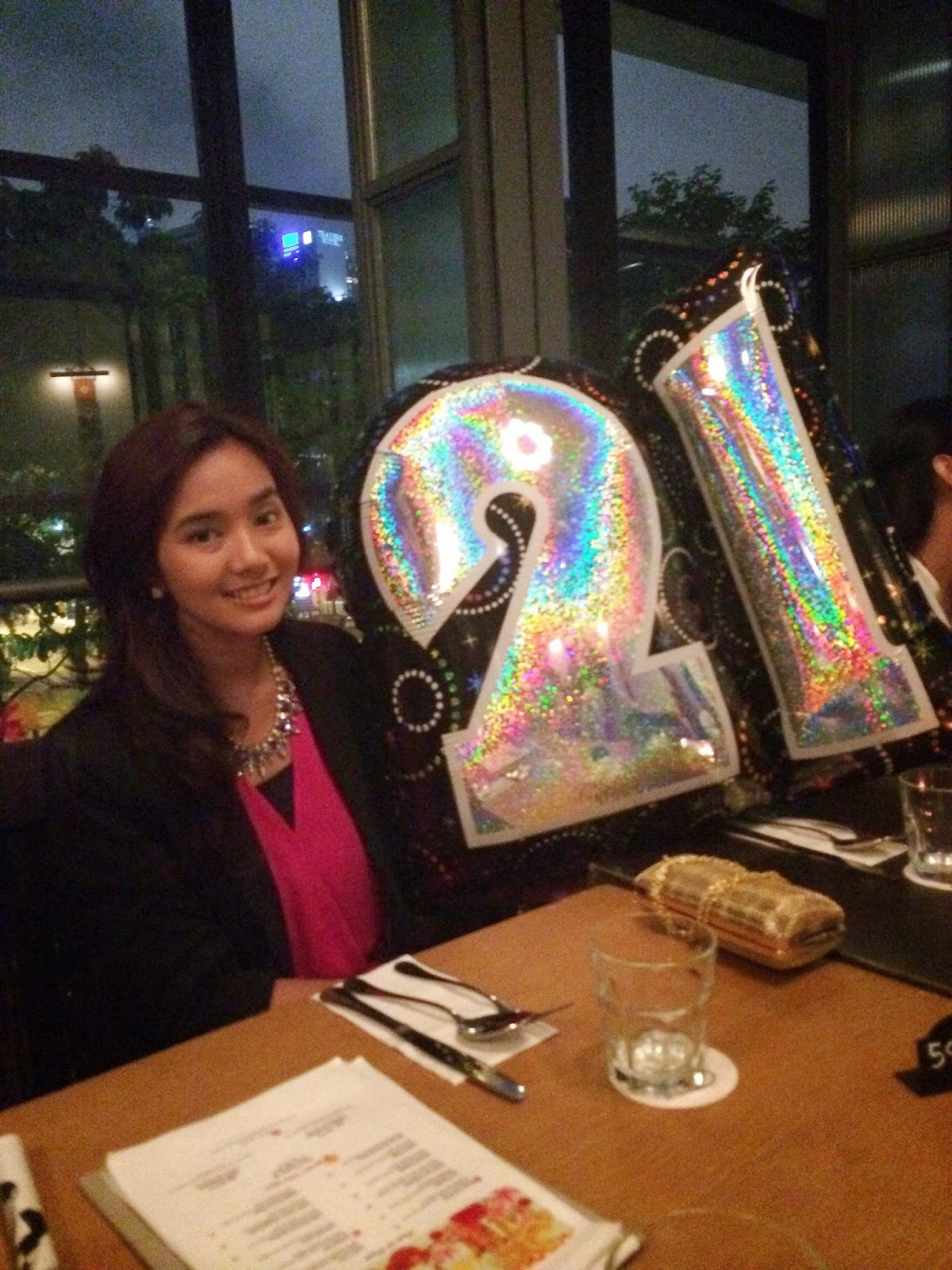 We spent the night catching up with one another and taking photos and sharing laughs. I love my KY gang and I know we're known as being super clingy but living with one another for 2 years does that to you, like it or not hahahah. Looking forward to more and more birthday celebrations with each other. Sampai ke anak cucu, insyaAllah. How cute our kids will have play dates with one another hwaaa cries

I got her a birthday cake which spells out "Happy Birthday, Queen Z! Xoxo, Gossip Girl" because of her love for that show! Happy that she likes it! (if anyone wants novelty cakes like that, that also tastes AMAZING, can always ask me because I know a lady who makes them! She's been making them since I was small!)

Hope you're having/had a good day, everyone! And even if you didn't, there's always tomorrow. And the next day.