So the other day Marissa texted me saying we should have a Hari Korea. Which only basically meant we dedicated a day to only doing Korean things. We had a Korean lunch at Sweetree at Jalan Ampang (don't ask me where that is; KL roads are foreign to me) and let me just tell you I don't think I've been in a restaurant so completely decked out like that! It's so decorated - from the motifs on the floors to a huge statement fake tree in the middle of the upstairs eating area to just potted plants just everywhere. They even have the hanbok! Which btw is the women's traditional dress. 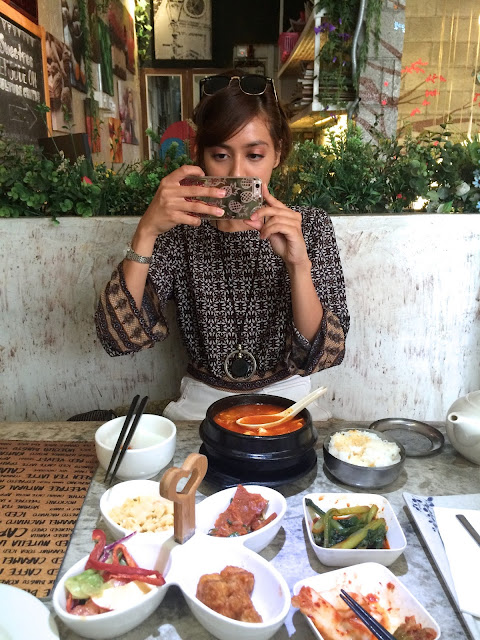 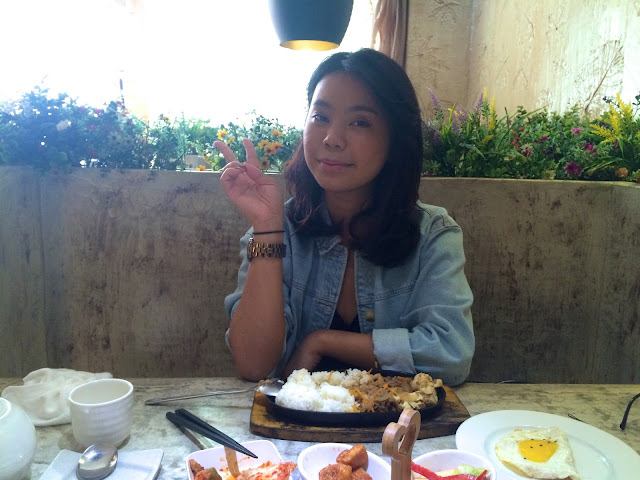 I had the bulgogi with rice and Marissa had the kimchi jjigae. Both were quite nice! I didn't hold doubts for their food because the owner was a native Korean so I was pretty sure he would try to make it as authentic and as tasty as he possibly can. Korean food packs quite a punch with its flavours - I was pleasantly surprised how some of their food can be really, really spicy. We also ordered pajeon (a pancake by name but really just a really thick omelette) which was also very sedap! Overall this place has so many things to choose from in the menu which is great for people who like to have options (aka me) and it's also pretty tasty! We didn't get to eat the bingsu because we were super full by the end of our meal. For next time!

But I mean, the place is just soooo decked out, it really felt super cosy! Marissa and I went to check out different rooms and the different floors. Their top floor was a party space and even had a karaoke (well... more like a screen with Youtube up and a stand-up mic. And there was a piano also...) place. I foresee the place to be really popular with people who are into Korean pop. It was actually really spacious, literally the whole floor would be yours if you rented it out! They even had a surau which I thought was a thoughtful move by the owner. 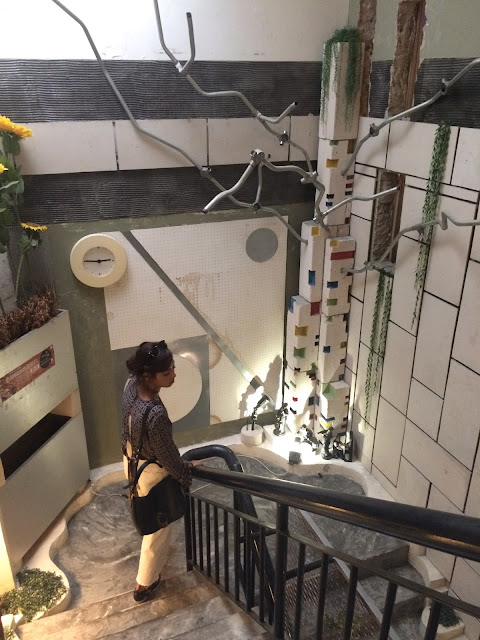 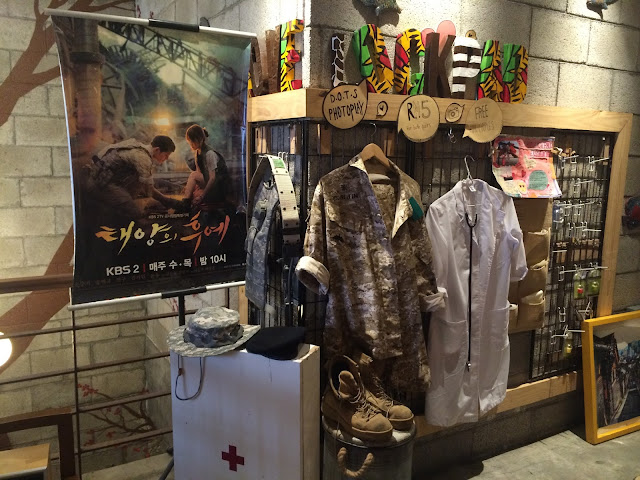 THEY EVEN HAD A CORNER FOR DESCENDANTS OF THE SUN!

I thought this was so funny but sooo cool! So cute how the owner probably went out of his way to find costumes and the poster and props for his customers to play around with! Just thought I'd share this for any DOTS fan who'd like to play out their inner Dr Kang Mo Yeon and Yoo Shi Jin.

And then we moved to Pavilion because Marissa and I wanted to check out Innisfree. I haven't been to Pavilion since I got back so it was all in good timing because I was running out of face masks and Innisfree have the cheapest ones in the market.

This was probably the major reason of our outing; Marissa and I needed to stock up our skincare necessities. And Korean skincare is the way to go duh??? We then went around to Etude House and The Face Shop. I'm pretty pleased with how there have been increasing numbers of Korean skincare stores around in Malaysia. Much much easier for us to get our hands on the newest and the latest without having to resort to an online option. 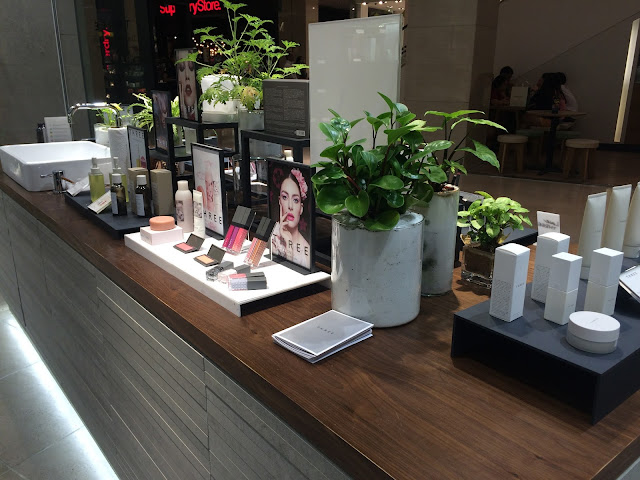 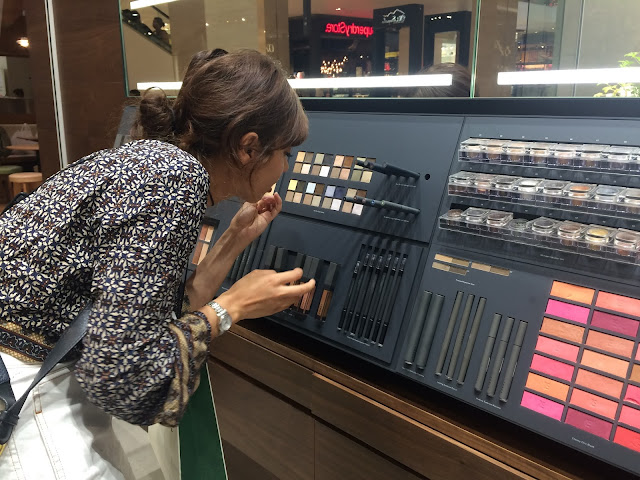 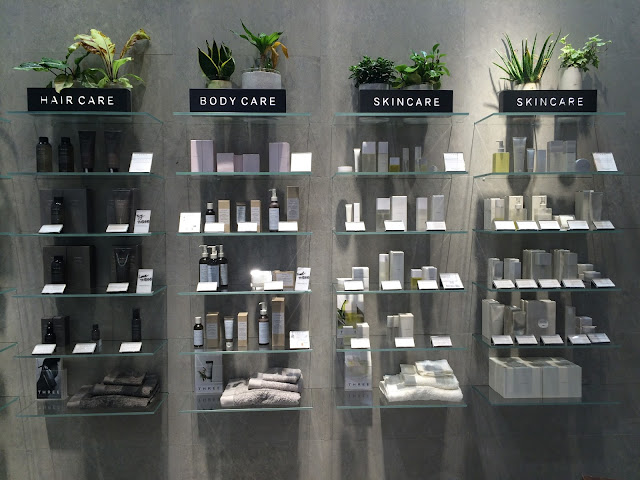 This store is actually not Korean-based; it's Japanese. And OMG I think I'm in love. Look at how beautiful everything looks!!! Price also was beautiful lah kan, it's definitely within the higher price point. Maybe something to spoil yourself every once in a while but sighhh can't stop thinking of the beautiful glitter pigments!! And the palette the shadows came in was just lush. Just everything about this store was so beautiful. Packaging, interior, product!

I have to look into reviews on their skincare because it's so expensive! And given how cheap Korean skincare is, it's difficult for me to justify making the switch but knowing me I'm already saving for Three products. Oh yes, it's called Three. If my memory serves me right, it's right opposite Innisfree. Check it out! And don't cry when you leave. 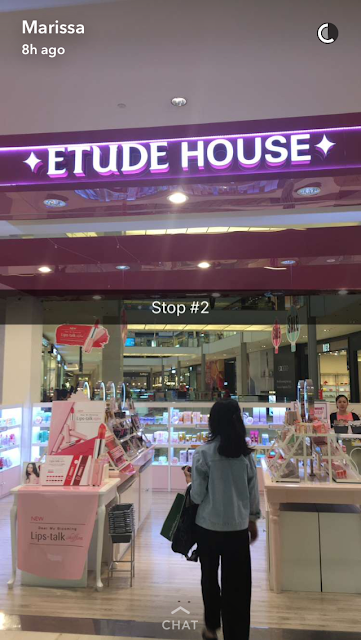 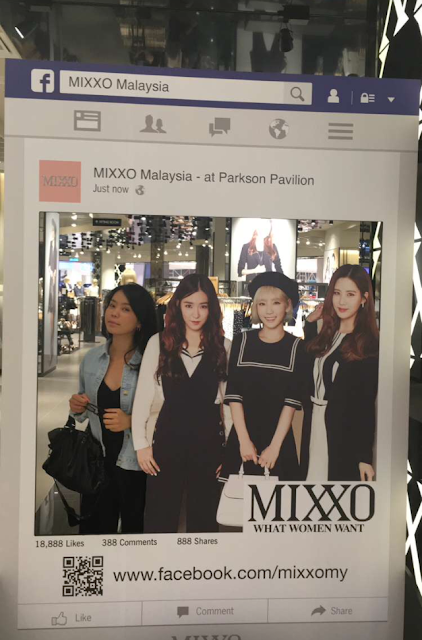 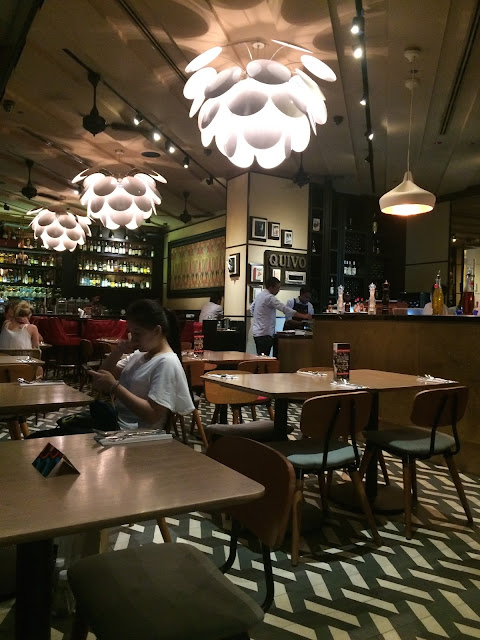 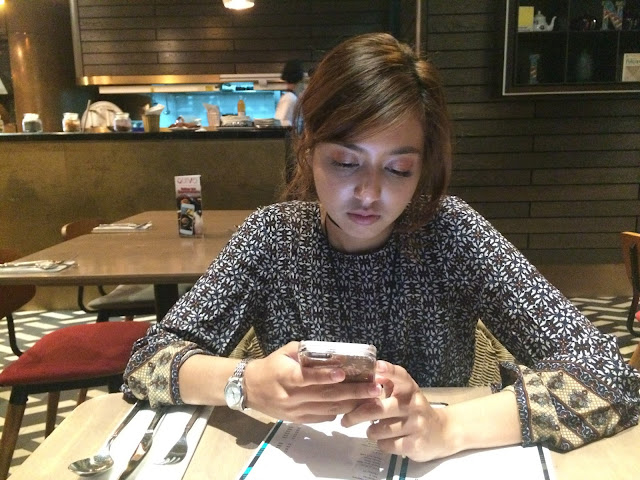 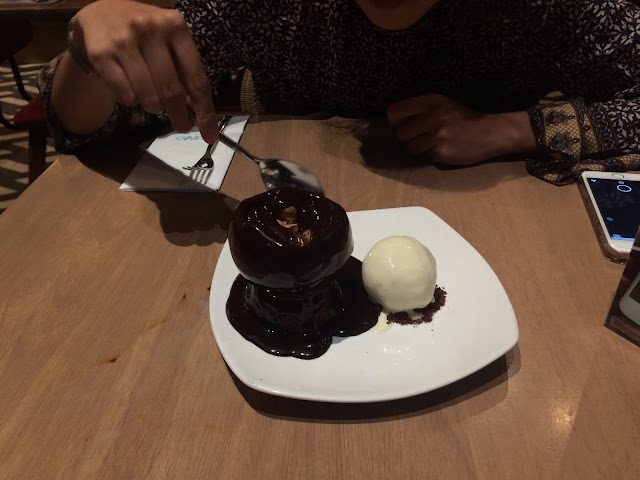 I posted some Snaps of this chocolate ball thing and I got asked a lot on where this was. It's at Quivo in Pavilion; it's the Kate Spade cafe. They've unfortunately closed the outside area due to some construction work but apparently according to the waiter, it'll be up again in a months time. But the interior is very pretty anyway.

We ordered this chocolate ball thing, the one that breaks from the middle after being poured the chocolate sauce. It's SUPER filling, guys. Marissa and I got really muak after digging into it half way through. It's alot. There's cake, mousse, ice-cream, the works! If you have a sweet tooth then maybe this is for you but I personally am not so although this was sedap first few bites in, it started getting a bit... bleh. But that's just me and all desserts! By all means, have a go at it!

We then went around some more looking at make-up and clothes. Found a pretty off-shoulder top at ZARA and super tempted to get it but it's so pricey and I'm off somewhere really soon so I'm trying to save up for that trip! But so pretty :( Maybe I'll get it... maybe not.... ok stay tuned!

And then we decided to get dinner together. And we cheated a bit, we opted for Japanese in Publika. Azam joined us and the dinner was really good even if I have to say so myself. So ok fine I only had eel nigiri's but it was really sedap!

ALSO BTW Publika looked like a freeze frame. A good 89% stood still swiping their phones up. Pokémon Go, what else! I'm not against it, I actually find it really really fascinating. I'm not playing it btw because I was never really into Pokémon's as a kid so I don't have the same passion as some people are (my cousins and siblings for example). But by all means, I'm not against it! I just hope everyone plays it safely! Tania told me yesterday, she saw a car got pulled over by the police because he was driving really slow and it was because he was on his phone playing Pokémon Go! That was a bit ridiculous. Don't be stupid and endanger your life just to get Pokémon's!!! Don't Pokémon and drive!! 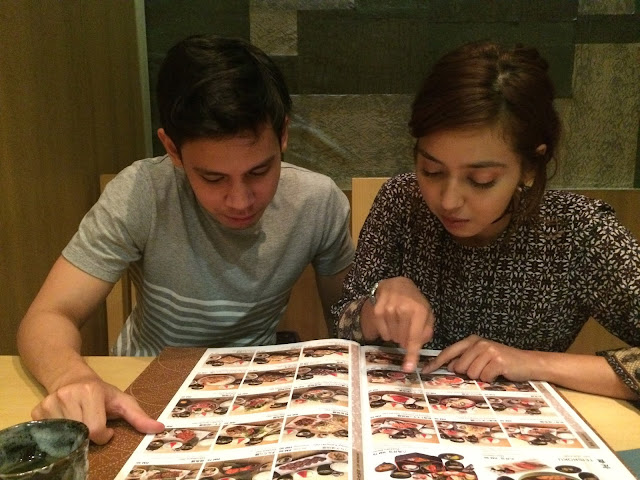 After that, Azam sent me home and so concluded our Sambutan Hari Korea. Always such a fun day with Marissa, we're always completely ourselves and she's my bestfriend so she understands me and my ways a lot a lot so there's nothing that I hide from her. Love the girl; will miss her loads once she leaves again to Dublin!!!!!!! 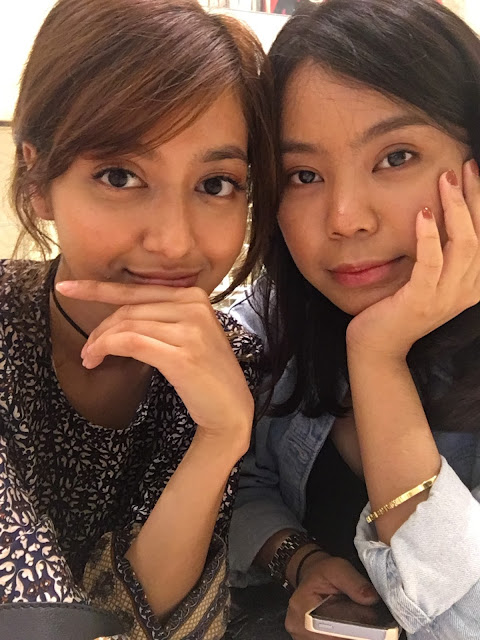 We both had a zit around our mouth area so this was more of a strategic pose than it was natural. Hahaha 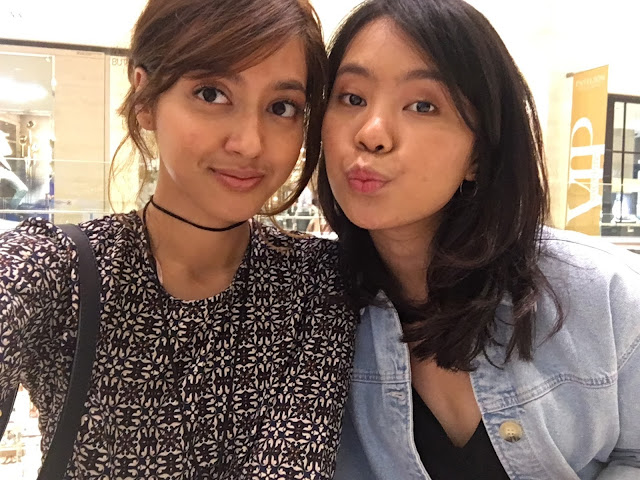