A trip to Singapore and to the hospital

It's a Monday and I'm still at home on my MC. It's been a good 2 weeks now that I haven't been to work.

So on the 5th of November, Iman and I made a trip to Singapore but we took a flight to Johor instead cause we were staying there instead to save money. The whole point of the trip was to catch Khalid at concert and yes, for the umpteenth time, I KNOW he was here in KL but we bought tickets as soon as we found out he was going to perform at Singapore. And I mean, we got a trip out of it so all's good!

We landed in Johor and checked ourselves in a fancy hotel. Wish we stayed there the entirety of our trip but on the 2nd night, we thought it would be best to get a hotel in Singapore because concerts can go on for ages and we didn't fancy the idea of getting on a late night bus/train back to Johor. 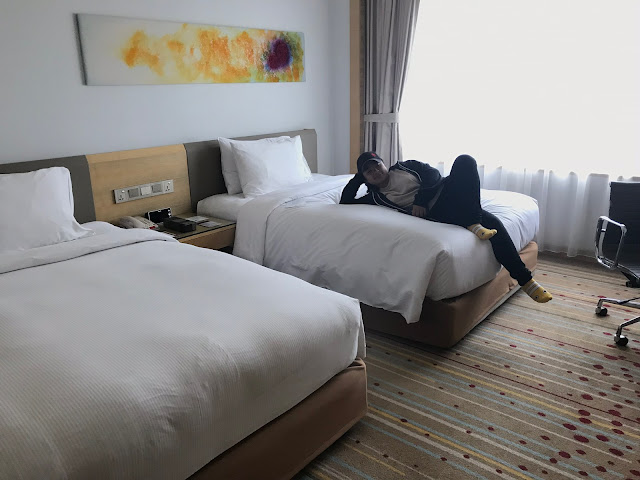 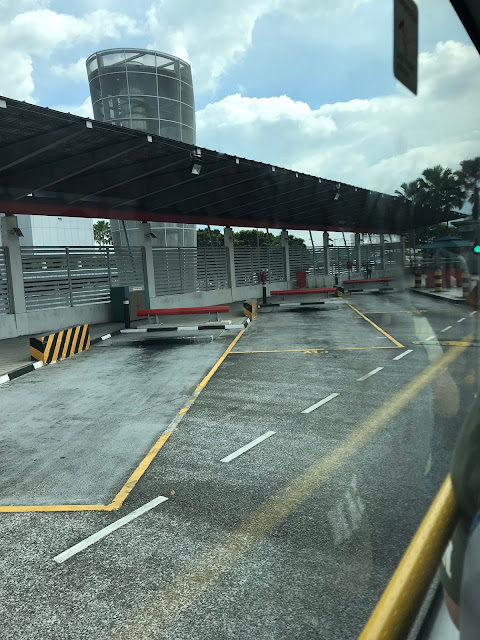 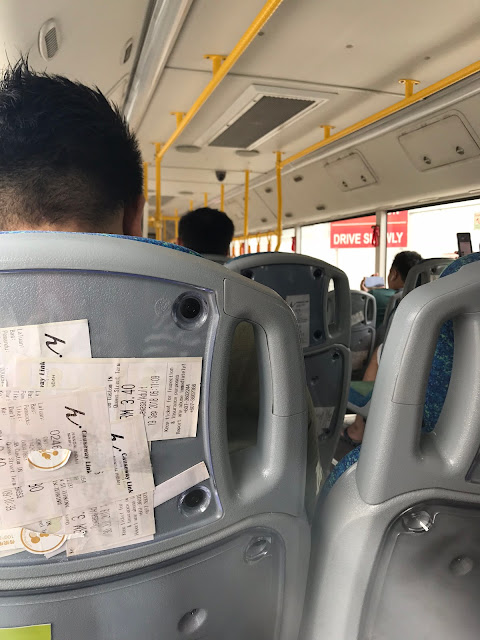 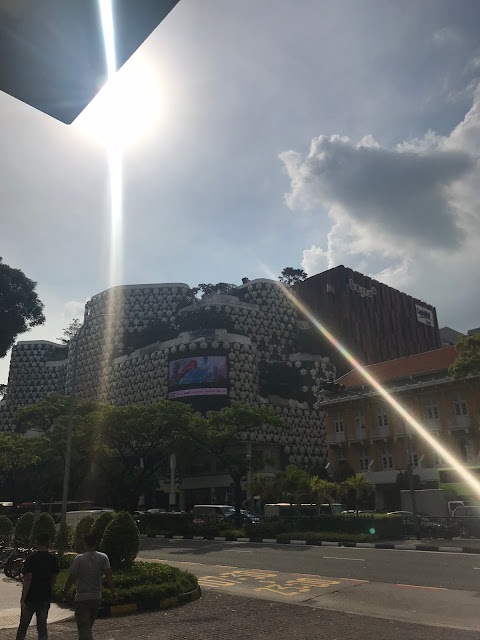 We took a bus to Singapore on our first day in Johor and that's because we didn't get train tickets in time, they were all sold out for the day. The buses were fine, just that it's a longgggg process. You get on the bus, ride for 5 minutes before reaching the Singapore immigration which stole the majority of our time. After that, we hop on another bus (after asking locals because we had no clue where to stand/wait) and that bus then brings you to wherever. We didn't know where it was headed to be honest but it stopped at a bus stop very close by to the hotel I stayed during a work trip once and so I knew the area pretty well. The bus trip, however, took SO long. Didn't realise how far it was but all's good.

We immediately went to go find California Pizza Kitchen - it's our favourite Italian place. Unfortunately, it's no longer in KL but who wants to start a petition to bring it back! Who needs Ben's anyway?? We went to the Forum to find CPK but it was no longer there and though Iman won't admit it, I swear I saw tears well up in her eyes. We've looked forward to CPK perhaps 1% more than we were to watch Khalid. But we got a quick bit of WiFi and Iman googled CPK in Singapore and saw that it has moved just across the street. We were *elated*. Got our usuals and downed them in no time. We even got vouchers but never got around to use it. 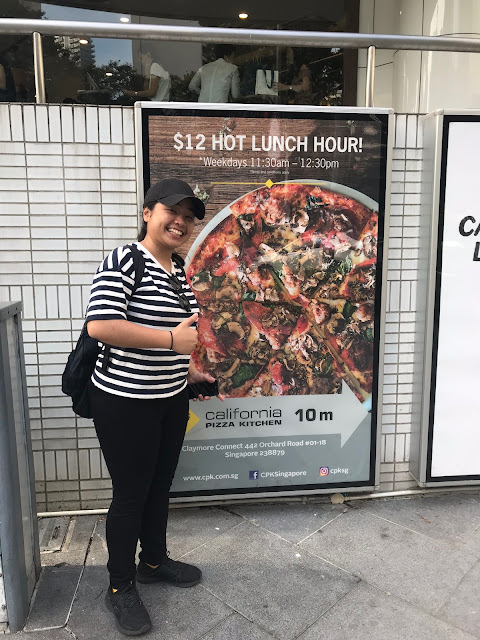 It was so good, I highly recommend anyone to get their Italian fix at CPK if ever you're in Singapore!

Then we walked around but we got tired pretty quick because we had such an early start to the day. So we decided to get the bus back to Johor. We did and it took some time for us to get back to the hotel. Made a quick detour to a McDonalds and had some really good burgers back in the hotel room.

Day 2 started pretty early too because we got train tickets for 10am so we checked out and got ourselves on the train. Train is relatively a lot easier though I won't say it's any quicker. We still had to get on a bus from the train station to get to where we wanted to go. Got to talking with an elderly Malay couple on the bus and they were really, really sweet. Was so odd though that they referred to Malaysians as 'orang sana'. But super nice and made the bus ride tolerable.

Checked in the hotel and went out for lunch at Overeasy - a burger place we found on Orchard Road. It had really cool 80s decor, complete with a game machine by the entrance. The burgers were really good too! Went back to the hotel and took a nap before heading to the concert venue. Met up with Zaf, and we took a Grab to Zepp Box. The line was ridiculous and I felt like the oldest one there! Everyone else was Iman's age and you can DEFINITELY DEFINITELY tell. I felt so out of place and have never in my life felt so old! Concert went great, Iman especially loved it loads and was singing to every song! I knew a bit and sang as much as I could but was enjoying seeing Iman so hyped about Khalid more than anything! 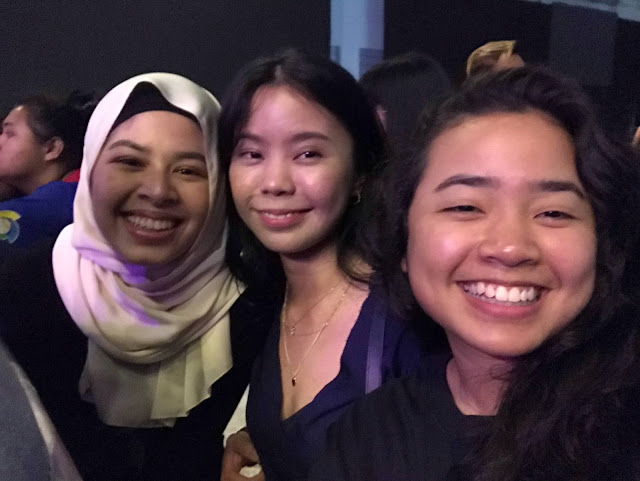 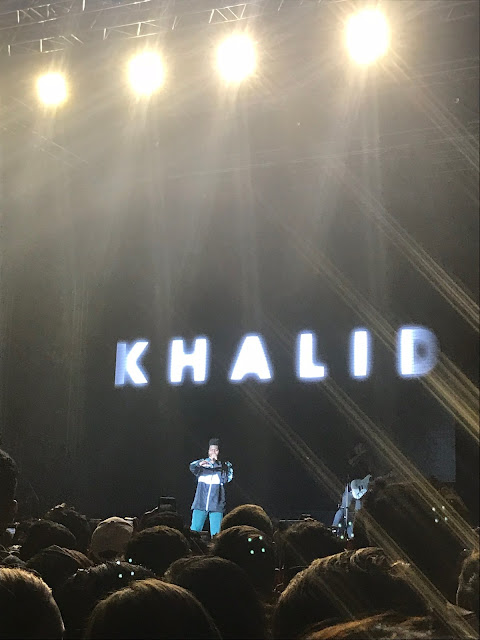 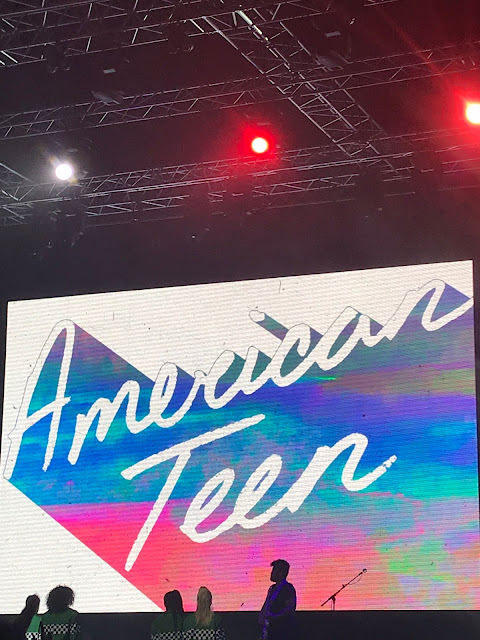 Our last day in Singapore was short but sweet - we had lunch at a Korean chicken place just down the street from our hotel. Packed and left for Johor because we were taking the flight back from Senai Airport. It felt like a very short trip because of all the time spent on buses and trains. No Singapore for me for a while! Haha

Came home, worked and was sent home early on Friday because I was coughing so much at work. And I started to slowly lose my voice which I was bit confused at because I didn't scream or sing too much at the concert. Figured it was the cough so I brushed it off.

That weekend I fell really sick. And I know when I'm sick because no amount of water is enough to hydrate me and no amount of food or sleep could make me feel any better! Went to a doctor on Sunday and he said it was high fever and prescribed me antibiotics which I diligently took. Wasn't feeling any better and wasn't eating/sleeping much because my cough was ridiculous all night. On Wednesday, I went to another doctor and got prescribed some boring meds that weren't addressing my fever at all which I was bit annoyed at but was too tired to argue. Got an MC til Friday because I knew I wasn't going to feel any better the next couple of days.

On Friday, I went to ANOTHER doctor and it was an hour wait (she's incredibly popular in my neighbourhood and we've been going to her since we were kids - she's now semi retired so she's not always in the clinic which is why I didn't go to her earlier on) and during the wait I just told my mum, "Can't I just go to the hospital? I've been sick for a whole week now." The doctor then referred me to a hospital and came home to pack whatever I could get my hands on and left for DSH (now KPJ Damansara).

That was around Friday prayers and I only got to my room at Maghrib! They did blood test, did an x-ray and I had to be on an IV drip for an hour. This was my first time being admitted to a hospital so I was a bit nervous and scared. My lovely Mama stayed with me the night but don't think she got any sleep because I didn't sleep at all! I was up all night coughing my lungs out and so I was incredibly tired the next morning. My temperature was the highest that night. Mum left for work the next day and I actually cried hahahaha just because I hated being sick and I hated being sick in the hospital!! The bed was alright but meh, I wanted to be home. The nurses made up for it though - they were really nice to me throughout my time there. Had hospital meals which were... ick so my mum came by a lot to bring me food. 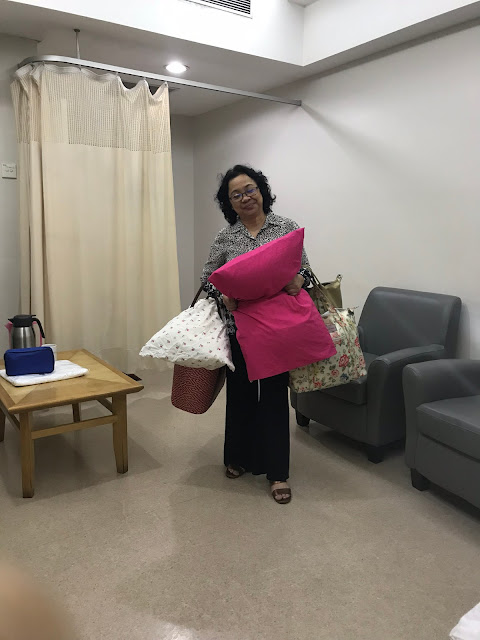 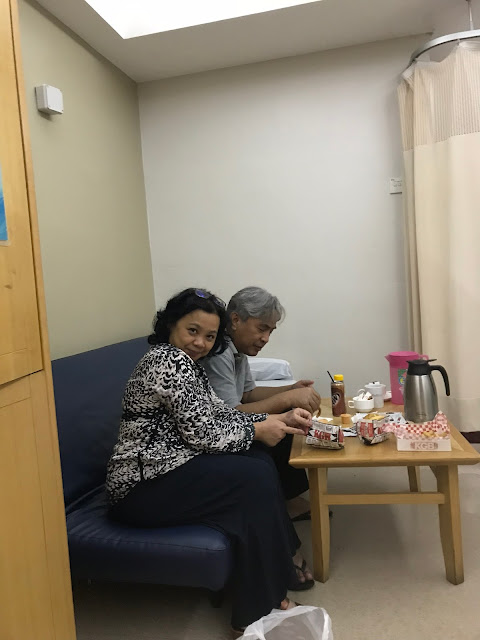 Doctor said from my x-ray, it was pneumonia so I had to stay put for the next few days to be on antibiotics and on my drip. I got used to it but the tube made it difficult to shower and basically do anything with my right hand. But it was alright, I had my laptop and WiFi was great so I did a lot of Korean variety show watching. Nurses would come in in the middle of the night and ask, "Tak tidur lagi?" hahaha

Was discharged on Tuesday which was a public holiday. My first meal out was thai food because I had been craving for it since I got sick and I wanted to eat something hot and spicy. My appetite wasn't 100% back yet so I didn't enjoy it as much as I had thought. In fact, it took a bit of time to want to eat - I've only just gotten it back.

But that was that. I'm all better now alhamdulillah! Can eat and sleep like normal. Just have the occasional coughing but all's good.

Take your vitamins! Drink water and stay away from cold showers at night (my grandparents have warned me against this for so long now and said I'd get pneumonia if I'm not careful. Well whaddya know).