Just need to let people know how late I am to the party because I've only just started listening to Lizzo's 'Juice' and it's my new favourite song ever. It has got 181 million listens on Spotify and I've only just heard it?? Need to switch my radio on once in a while, man.

It's February already. I know people were complaining about how long January was but don't we want time to move slower anyway??? Now we're all going "Oh my God, it's February already!!". I saw this tweet yesterday and I completely laughed out loud. In public. Hilarious!!

My February started great! Last night, my sweet sweet friends organised a birthday dinner for Olan and I, the January babies. Though I will admit to forcing them to organise one for us hahahah but the fact that they actually did it! So sweet. They even did an invitation all! 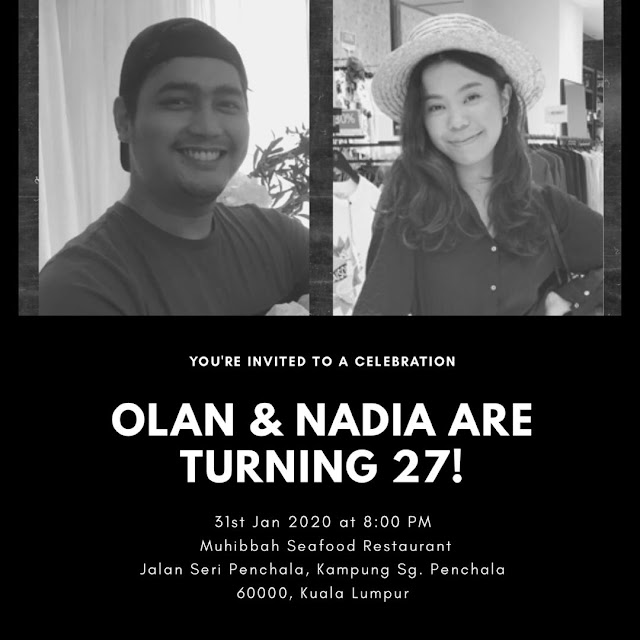 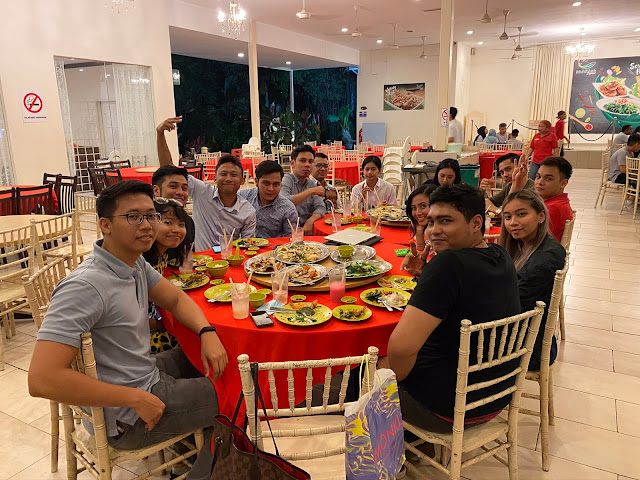 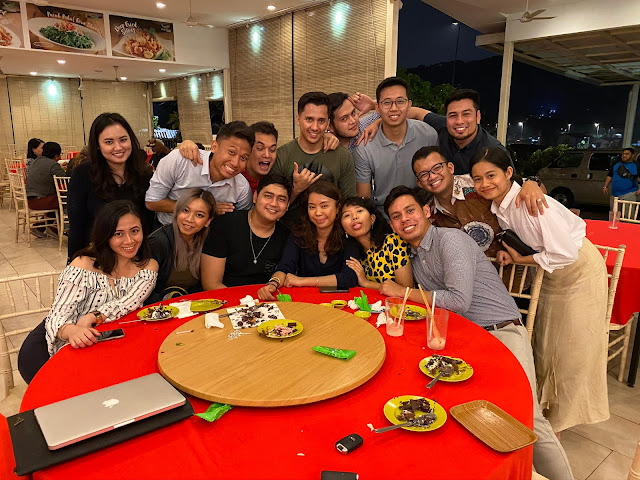 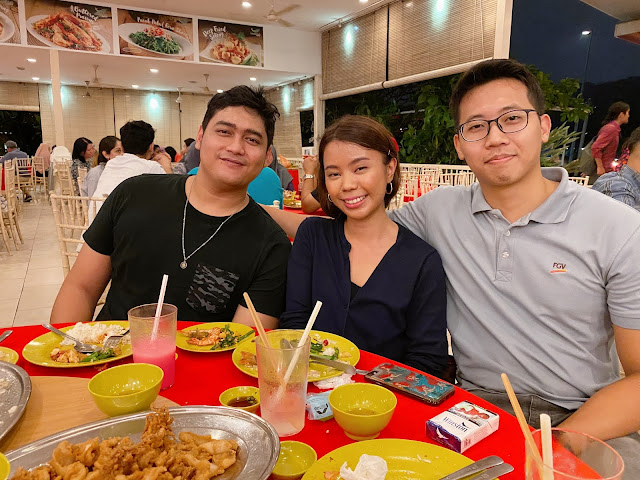 Look how sleepy I look. Love these boys so much, my best babes. 9 years of friendship already! Missing Kanda here!


After the dinner, we went to have drinks at a mamak and it's been ages since I've been to one of these sessions. Also, I didn't drive yesterday so I depended on Tariq to bring me home so had to adhere to his timing. Which was at 2am. I was so sleepy cause I had so little sleep the night before! Not made for nights like these anymore but still so fun to be around them.

Today was Zati's bride tribe party! We had lunch at Farm Foodcraft which is very overwhelmingly healthy. I was so hungry and ordered an arrabiata pasta. Only to find out it's not... pasta.... it's just zucchini..... spiralled...... as pasta.......

I didn't take a photo of it though I should've. It was so funny because I was so surprised to see a whole bowl of just vegetables basically. It wasn't too bad but I don't think I'll be ordering that ever again in any lifetime. 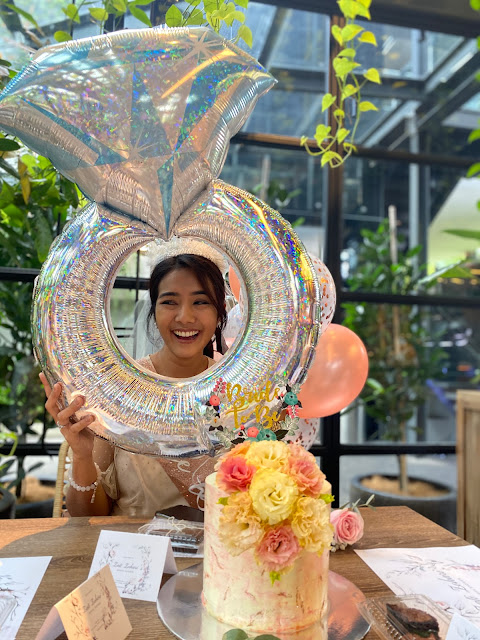 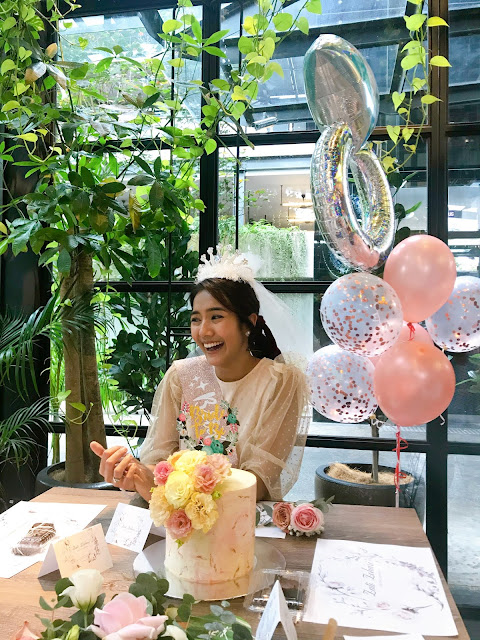 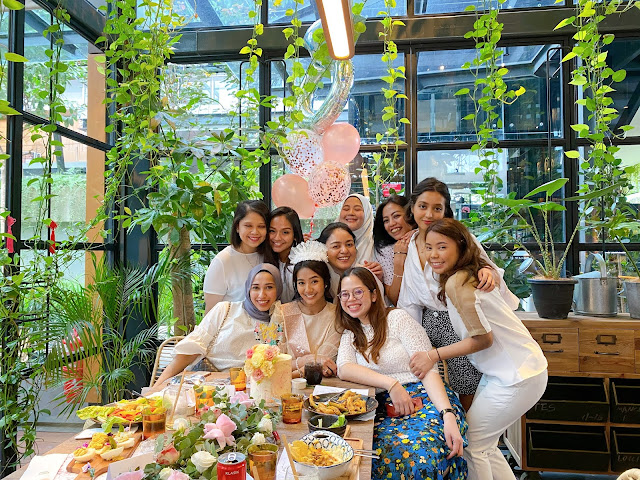 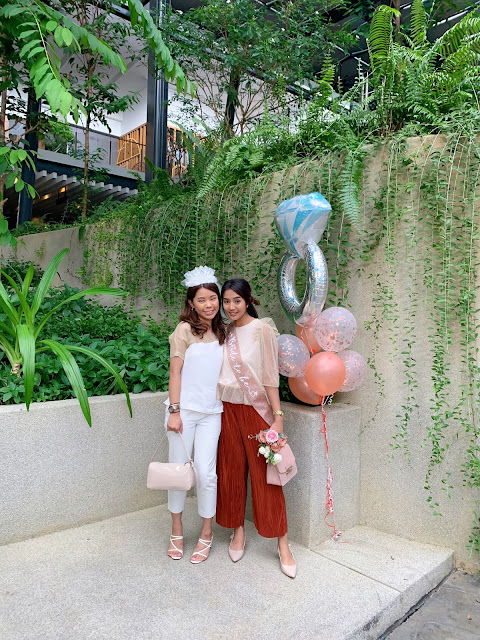 I love you loads, Zati. Thank you for being the sweetest girl to me, ever since college through Bristol through work. Still can't thank you enough for helping me for everything during our Bristol days. My saviour! You deserve the world and more. Can't wait to see you radiate during your wedding. I only pray for the best in life for all of time. Love you!