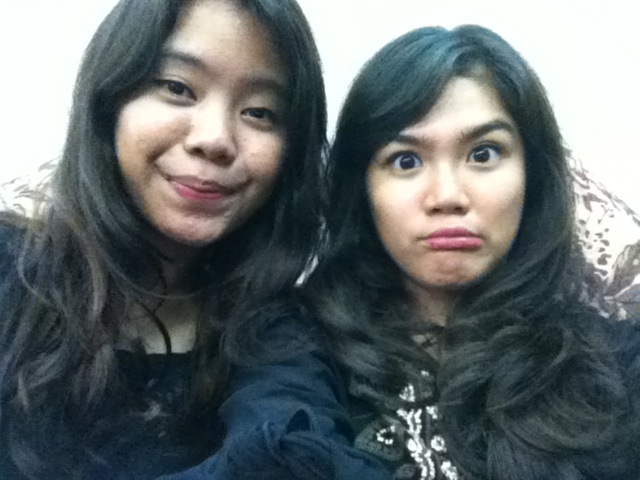 InsyaAllah things will go well for me (i.e. results!) because I really did all I could and all I can do now is berdoa and hope for the best !

So yeah........... I'm in my room waiting for time to pass because it's so boring here ! Besides my friends of course. If most of 'em dah balik, I probably would've too. BUT alas, I have an MS test this Friday. SO potong steam. And well, there's also the Garnet house meeting tomorrow that I have to attend. Hm.
Some of the seniors have already went home ! So niiiice but I'm already missing them ! So weird not seeing them around. In a few short weeks, we'll be the seniors around here and that's still very awkward and weird. Looking forward to meet the batch 15.0; not looking forward to A2 classes.

Tried playing Sims 3 last night (thanks Amal!) but it was too laggy for my laptop so I quit. I was only at the creating your character part. I switched to watching Friends instead (again, thanks Amal!).

Can't wait to balik this weekend eventhough last weekend dah balik lolol the difference is that this weekend I can finally not feel guilty to go out !

Look what I got last weekend ! Mum succumbed (finally!) and got herself a charm bracelet. Wasn't planning on getting anything... 'til I saw an Ariel charm.

Trying to save up though for an iPad 3. Was never a big fan (which explains my whole bratty tantrum I threw the other day because I wanted an iPod tapi Papa told me to get an iPad instead in which I didn't understand the logic of) (stress on the 'bratty tantrum'). But haritu I used Pak Tok's iPad and it's actually quite convenient. And I like it. APPROVED. Now all I need is the $$. 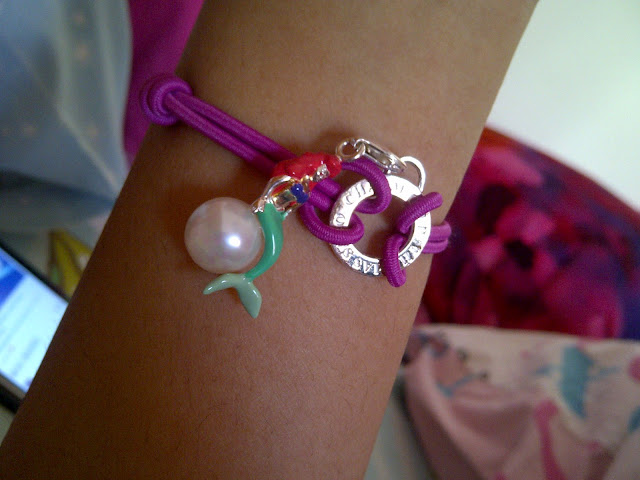