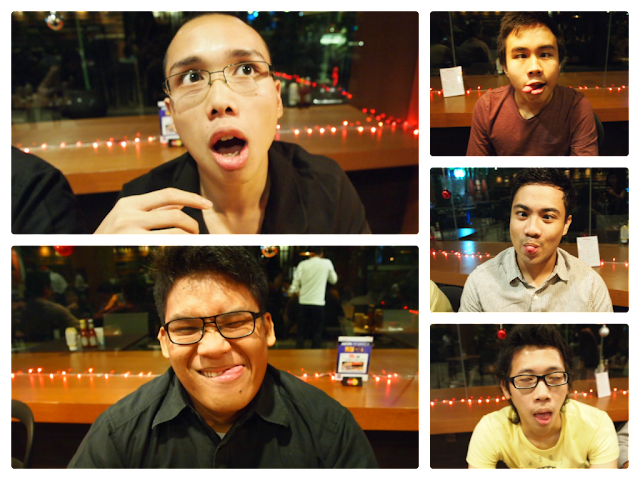 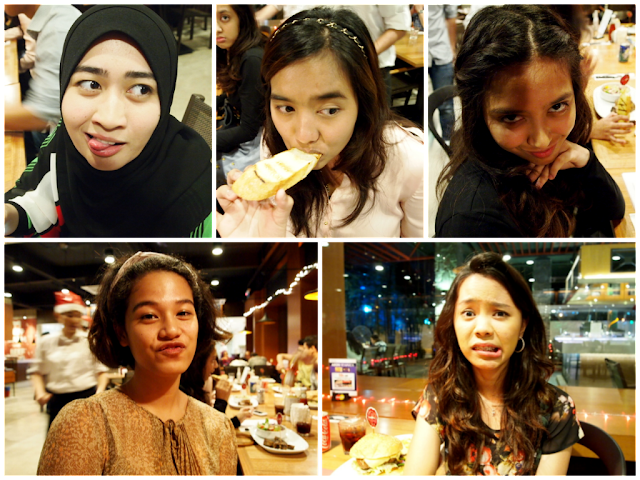 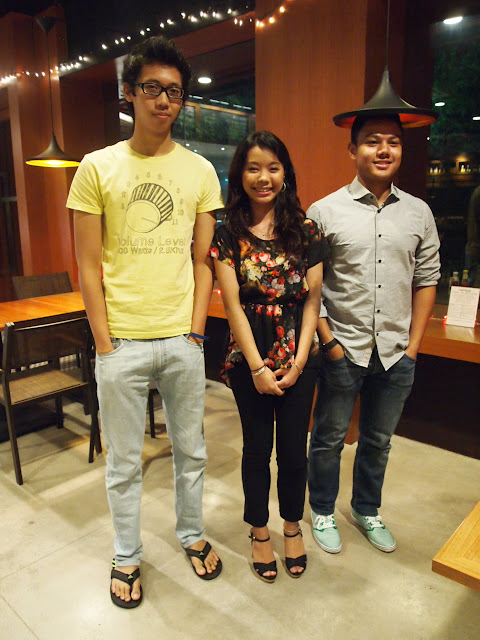 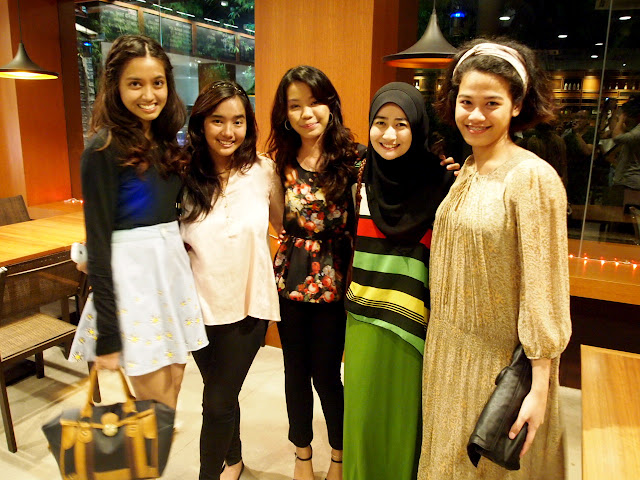 (don't know why but tak sempat ambik gambar Izmal too, he was at the dinner as well!)

The 11 of us had dinner at Las Vacas, KL last night because we haven't had a get together in so long! So niiiiiiice to see everyone again ! Missed the whole bunch a lot since I went to London a week before school ended.

Got a ride from Sarah and we picked Tariq up before heading to Jalan Yap Kwan Seng for dinner. It's so nice and big there ! The branch in Mont Kiara is a modest one and small; not really fit for a big party like us.

Had a good steady lamb burger but had Ariff to thank for finishing it!

We went to Idaman in KD after that but after a drink (and after the boys learnt that their shisha flavour dah habis), we made a move to Mai pulak where we had more drinks. That's two sirap limaus under an hour ! And with a cough like mine, I really shouldn't be anywhere close to iced drinks!

Earlier that day, I played my role as chaffeur and drove my sisters out. Iman had a friends birthday lunch in OU and Tania met up with her friends there as well. Figured I could FINALLY eat my teppanyaki.

But half of Damansara/KL decided to spend their Christmas in OU so I couldn't find a parking for 30 whole minutes ! Bummerz. Tapi sempat tweet to my friends and made plans to have lunch somewhere. So left OU and headed for Taman Tun to fetch Suraya and Aimi and guess where we ended up picking a place to eat ?

Thought we could try Madam Kwans so we did. Dina and Yus came later. Was very nice to see the girls again because I haven't seen them in AGESSSSSSSS ! Rindu a lot.

Oh and guess who we took a photo with ? 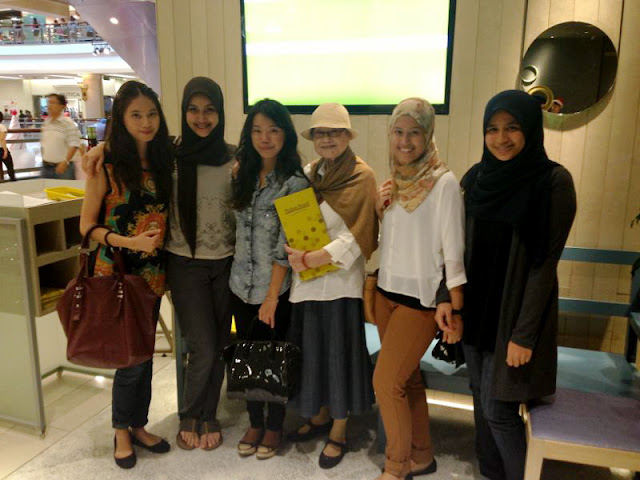 Madam Kwan herself !!! So funny how she had the hat and looked exactly like the cartoon caricature on the menu ! Adorbs.

Can't wait for Friday night dinner with them again !!!!!!!

So blessed to have myself some lovely lovely group of friends !
Written (technically typed) by Nadia Zainudin at 6:46 PM