I long for the day where Malaysia turns to be more accepting of a career in the arts and not dismiss them as being simply "Nak kerja jadi apa? Boleh dapat duit ke?"

I've always thought that if every one could have that option of doing something they're passionate about, how much more colourful would the world be.

We'd have more musicians, painters, writers and directors. We'd be that much happier with our choices. We'd probably be living off crap income but imagine waking up and being excited to go and work.

I have a friend who's studying accounting and finance now but has a passion for film and theater and Kaveetha and I would call her IMDB because she basically knows every film and movie out there??? I can see her writing screenplays and directing it and acting in it all at once.

I have a friend who's still quite undecided with what she wants to do in the future but if she could take her illustrating skills to the next level, I reckon she'd be hella successful. Imagining starting a company that specialises in illustrations and artsy fartsy things and putting them on paper and properly selling them. She could be the next Anna Bond of Rifle Paper Co. !

It's pretty fun to think what people would really want to do if money was not an issue. If we had no worries and the future was secured financially, I wonder if we would go ahead and turn that hobby and passion into a proper career. I would. I'd dump everything and invest my time and money into something I get excited for. Work won't be work anymore, would it? You'd be volunteering to work longer hours and you'd happily stay back and finish the job. You'd sacrifice your holidays and you find yourselves blurring the lines of business and pleasure.

Sure, money is essential and to be living a comfortable life, you'd need to be doing a job that generates a good level of income and climbing that ladder of success is a tough and long one. But man, how mundane life would be to do a 9-5 job doing something you were only pushed to doing because of societal pressure.

But when an individual puts their heart and soul into something that they're passionate and enthusiastic about, I have every reason to believe that they'll be more happy and joy going around in this world. With God's blessing, there's really no excuse why you won't be successful doing your favourite thing in the world. You'd strive and work the hardest you can to accomplish something you love.

I long for the day where when asked "Nak kerja apa buat tu? Boleh dapat duit ke?", we will be able to answer with every ounce of confidence in our being, our accomplishments in tow. So what if we don't get as much money out of it, at least you know you're doing something you've always wanted to do and as long as your heart is full and content. Besides, who's to say you won't be successful if you put all your effort into it. InsyaAllah, God gives His blessings to those who strive for what they want to do. 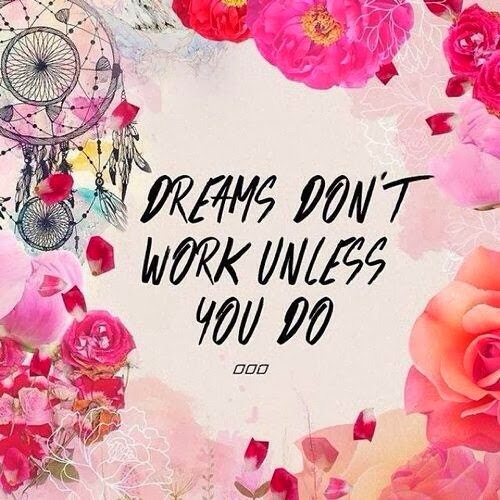 Written (technically typed) by Nadia Zainudin at 11:19 AM