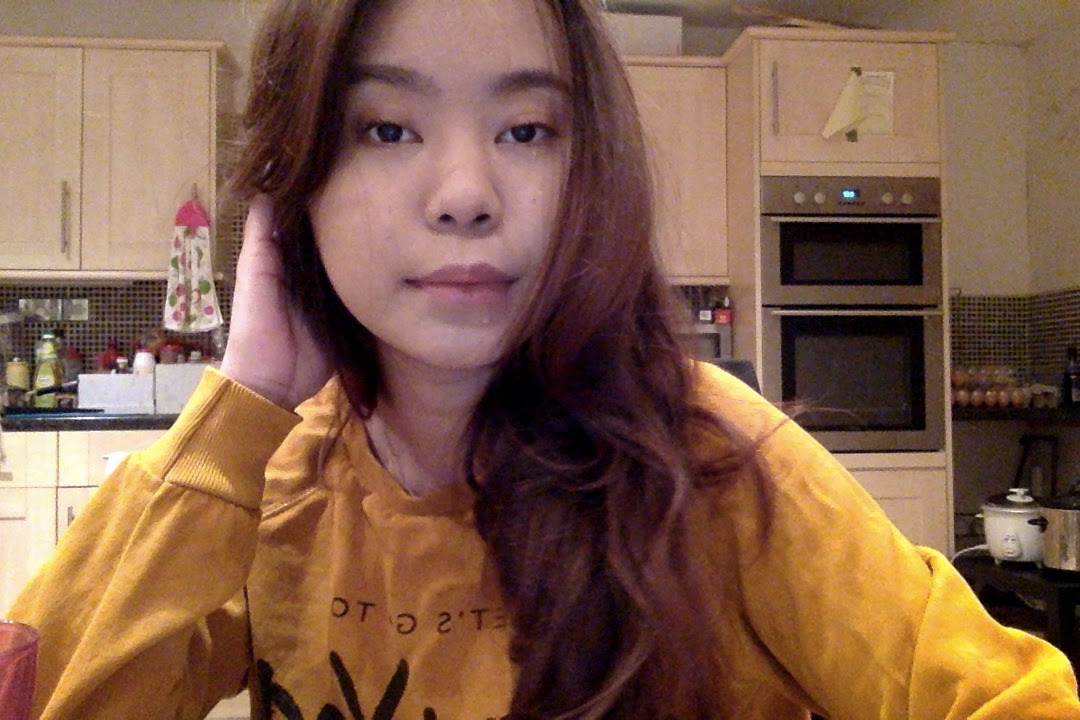 As the title would suggest, this is my updated January favourites. I realised it wasn't really smart to have a monthly favourites post at the beginning of the month because that just does not make sense so since it's the last day of January (bye favourite month!!), thought I'd do a new one.

Erase by Joo Young x Hyolyn. SUCH a good song, I was so not expecting this cool tune to play when I was browsing around Youtube for good songs. Yes, it's Korean and no, it's not a Super Junior-esque pop song. The vocals are already so good between these two but the song itself is gold. Been on repeat!

I was watching something the other day and this song came up and I thought it was so sedap, so I whipped out my phone and Shazam'ed it and lo and behold, Ellie Goulding's cover of The Weeknd 'High For This'. I might prefer her cover over the original though not many would agree with me. Speaking of The Weeknd, he made a new number for the 50 Shades of Grey OST and it's pretty good - 'Earned It'. Actually, The Weeknd is pretty damn good lah and his whole album is amaze.

And just recently, a new Rihanna song! I'm not really a huge big fan of hers but her new tune is especially good! It's called FourFiveSeconds with Kanye and Paul McCartney. It's so good that I actually bought it on iTunes hahah you know you like a song when you're willing to pay £0.99 for it.

I haven't watched any new movies lately but am SLAPPING myself for not watching The Theory of Everything or The Imitation Game yet. I've heard such rave reviews from both movies and I heard Eddie Redmayne is spectacular as Stephen Hawking and man, I appreciate the art of acting so I really don't know WHY ON EARTH have I not indulged myself in some Redmayne/Cumberbatch lovin'.

TV shows lol um so everybody should be fully aware that I'm ridiculously into Korean dramas (and Korean everything, really) now so yeah my TV show interest have shifted from Western to Asian now. That doesn't at all mean I'm dismissing my fav powerhouse trio (Grey, Pope, Keating), it's just that they've not been on air lately so I've been well occupying myself with Korean shows.

I've only watched Cunning Single Lady, Emergency Couple and The Heirs so far (I'm now investing my emotions and heart and soul in 'Pinocchio') but I'm looking forward to being a fully immersed K-Drama fan hahahahaha #sorrynotsorry

What does a girl love more than a bargain?

Was in Urban Outfitters the other day and I usually don't go in 'cause it's too expensive for me and it's not really up my alley anyway, clothes-wise. But! I managed to nab this hot pink sleeveless top with black fringe at it's hem for a fiver.

And better yet, it was the exact top I had wanted to buy at the UO in Oxford Street over the Boxing Day sales. I think I'd have kicked myself over it if I had bought it then when it was £25.
It's true what people say, good things come to those who wait.

I don't really carry a big fat wallet around the UK anymore because rare is the occasion when I have actual cash with me. It's so convenient here to be able to pay everything with just your card so I only have myself a sturdy card holder at all times. So there's really no point in bringing around a big bag. Which is why I'm super into small cross body bags. 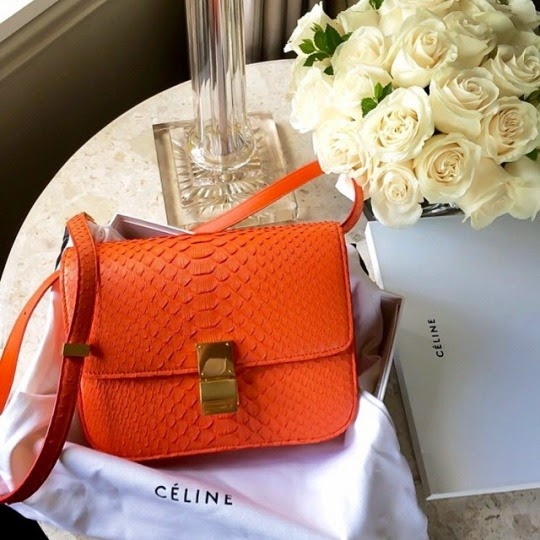 (photo from the wonderful world of Tumblr)

Again with the Céline. Stop doing this to my heart. I mean, the colour is already so out of this world beautiful but it has to be snake skin?!!?!?!?!?!? Bye brb crying in the corner. 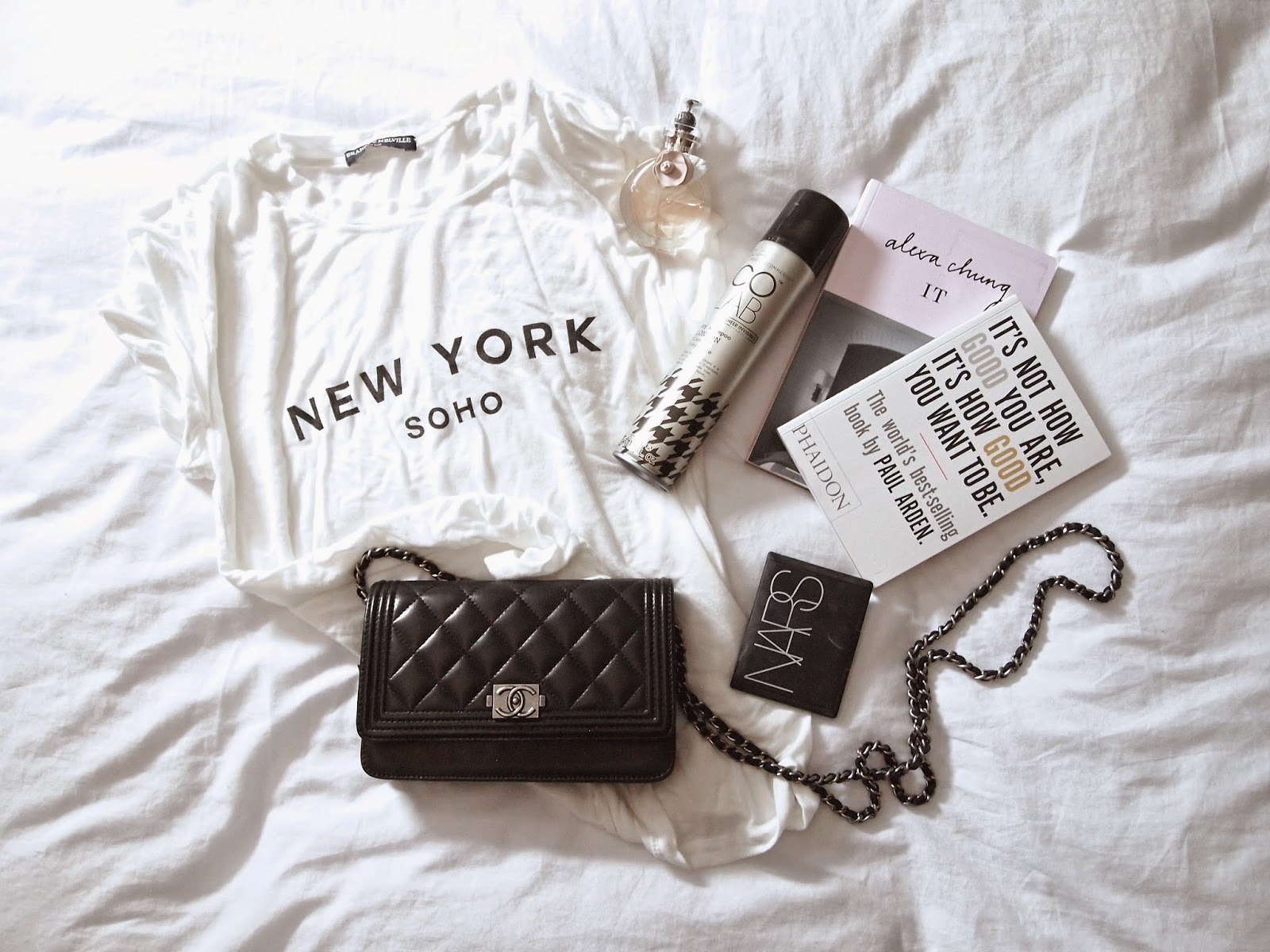 1. Brandy Melville's t-shirt. Also known as heaven on skin. It is SO SO SO SO SO SO soft that I might just cry and use it to wipe my tears because it's THAT SOFT. It's almost like wearing nothing. I got this (in photo) and another one in Amsterdam when we were walking through the street of shops. I've not seen a Brandy Melville shop here in the UK although I've heard there are branches around. Anyway, disclaimer. The t-shirt in the photo is the one I bought for my sister (but have not given hehe) and I have my own which is basically the exact same except it says 'C'est La Vie' on it. But it's in the wash now so for this flat lay, I just grabbed Tania's.
Bottom line is, it's amazing quality and I'd pay good money for more of Brandy Melville in my closet.

2. Alexa Chung's 'It' and Paul Arden's 'It's Not How Good You Are, It's How Good You Want To Be'. I've always wanted Alexa's book but never got to actually buying it so when I saw that there was a paperback version, I just went ahead and got it. I love it. I mean, Alexa is already very funny so I expected nothing less from this Brit lass and the book is just very entertaining to read through.

I was on the tube in London sometime in December and I saw someone reading Paul Arden's book and was struck by the title. So when I saw it at Urban Outfitters for a fiver also, I just got it. It's pretty thin and you can read cover to cover in like a day maximum but it's seriously SERIOUSLY uplifting and motivating. You just feel a whole lot motivated and you finish reading it with a whole new drive and perspective on how you want to do things in life. It's so well-put and you can't help but go,

"YES EXACTLY!" when you read it because it's all that you've thought and wanted to say but could never really put into words. I bring it to uni or wherever if I feel like having a shot of good vibes then and again.

3. COLAB Dry Shampoo. During winter, my poor hair is just HORRIBLE. The cold is making my hair break and it's so dry and if it wasn't for the life saver that is Moroccan Oil, my hair would have been hay basically. So because it's so dry, I try to not wash it all the time like how I usually would in KL. I wash it every other day but when it does get a bit oily at the roots or when it's looking a bit flat, I spray on some dry shampoo and I'm good to go. I was a Batiste wearing girl before this, but when I saw this and it's gorgeous bottle, I gave CoLab a go.

First and foremost, the smell is just SO SO SEDAP. My bottle is in the scent 'London'. There are several others but I found this to be the nicest smelling one. It does the job and all but I'm in it because of the scent to be honest.

4. My itty bitty Valentina perfume. I've always wanted one because i) the scent is AMAZING ii) the bottle is GORGEOUS and I'm a sucker for packaging lah but it helps loads when the scent is just everything. I've gotten plenty compliments from wearing this out so yay Valentino. Once I'm done with this, I'll get a bigger bottle (aka when my grandmother comes to town where I don't have to use my allowance hehe).

5. NARS' translucent finishing powder. I've oily skin so over the day, my make-up tends to move around and my face gets pretty shiny and not because I'm glowing with happiness ok. This helps set my make-up and puts it into place and I use it after a good sweep of NARS' setting powder.

I was at the NARS' counter the other day and she asked me, "Have you used NARS before?" and I just overly excited replied, "UM like I'm a NARS' junkie, I have everything NARS, I live and breathe NARS'" in which she laughed probably thinking this loony needs to calm down. I can't wait to get my hands on the new foundation though!!!

6. My 22nd birthday present. A Chanel boy. Nothing else I can say really except that I'll shower it with love and hugs and kisses and cuddles for the entirety of my life.

Hehe so I thought of doing a new section for my Favs posts. Also another excuse to post photos of guys who are just too handsome for words so let me just grace you and this blog with...

... Seo Kang-Joon. Hottie of the month and hottie of the year and forever lah hottie. Um hello please where have you been all my life.

(Fun fact! He studied in Malaysia for English. Cutiepie) 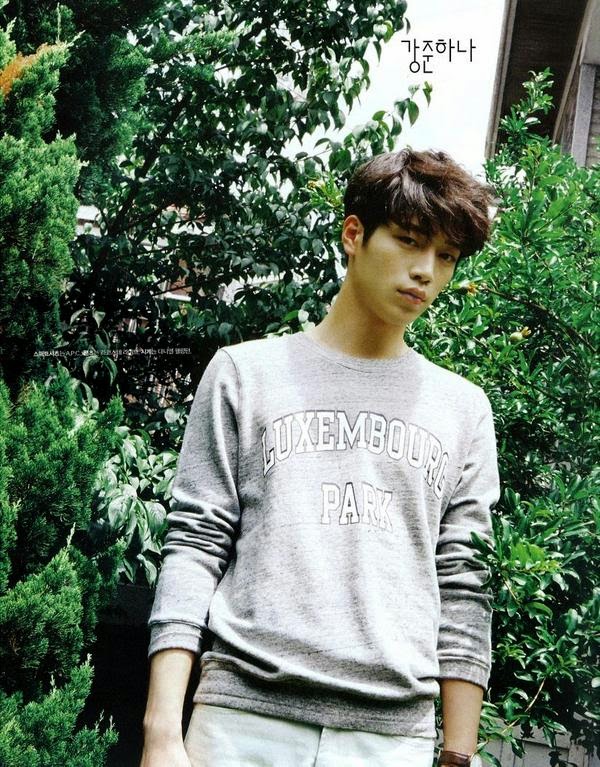 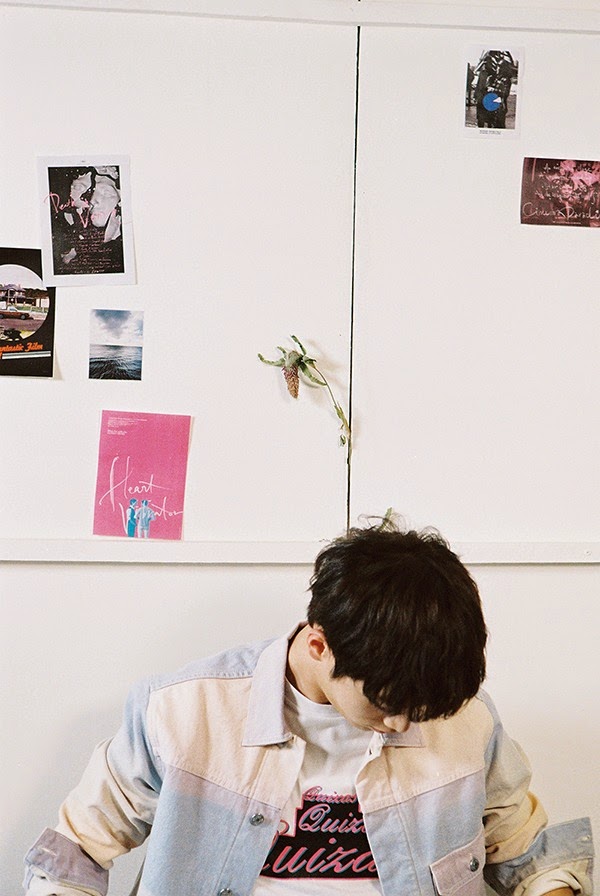 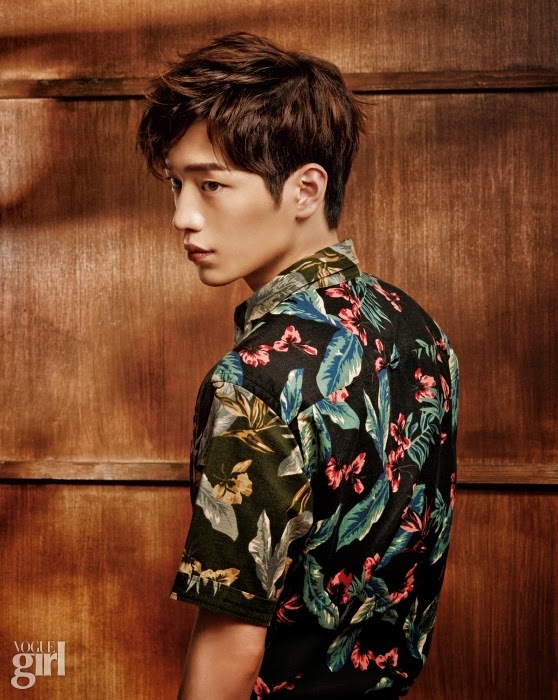 And of course, Woo Bin. KIM WOO-BIN. My favourite bad boy. My sister and I are head over heels over him that we endlessly text each other to squeal and shriek and to share our love for his long-leggedness Kim Woo freaking Bin. 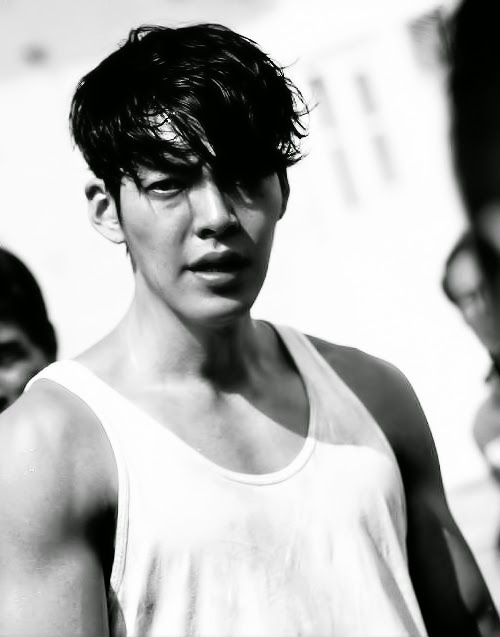 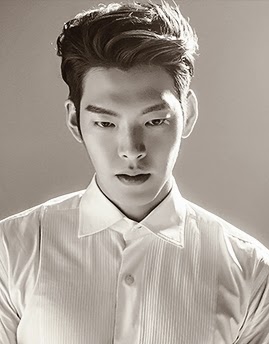 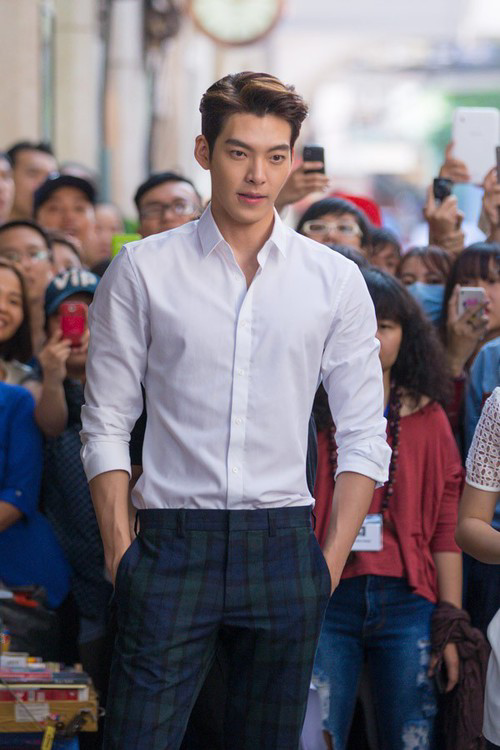 I can't wait to see him in more dramas because man, I'll watch anything with Woo Bin in it. He's SUCH an amazing actor also let me tell you that. I'm not biased, he really is a brilliant actor given how new he relatively is in the industry. He honestly for me, beat Min Ho out of the park in The Heirs. So so so so so good and so so so so so handsome haih my heart what are you doing to MY HEART, WOO BIN!!!

Ok fan girl shrieks over and just give me a sec to chill.

So that's it for my monthly favourites! Been a pretty kick-ass month as it always usually is.
Hope you had a great start to your 2015 because I most certainly did. And if you didn't, don't worry, you have 11 months to make up for it.