I have a tough time writing '2015' what more 'March'?!?!?! I can't believe we're already getting to the first quarter of the year! Time flies when you're watching Korean dramas and singing to Korean songs and learning Hangul kihkih 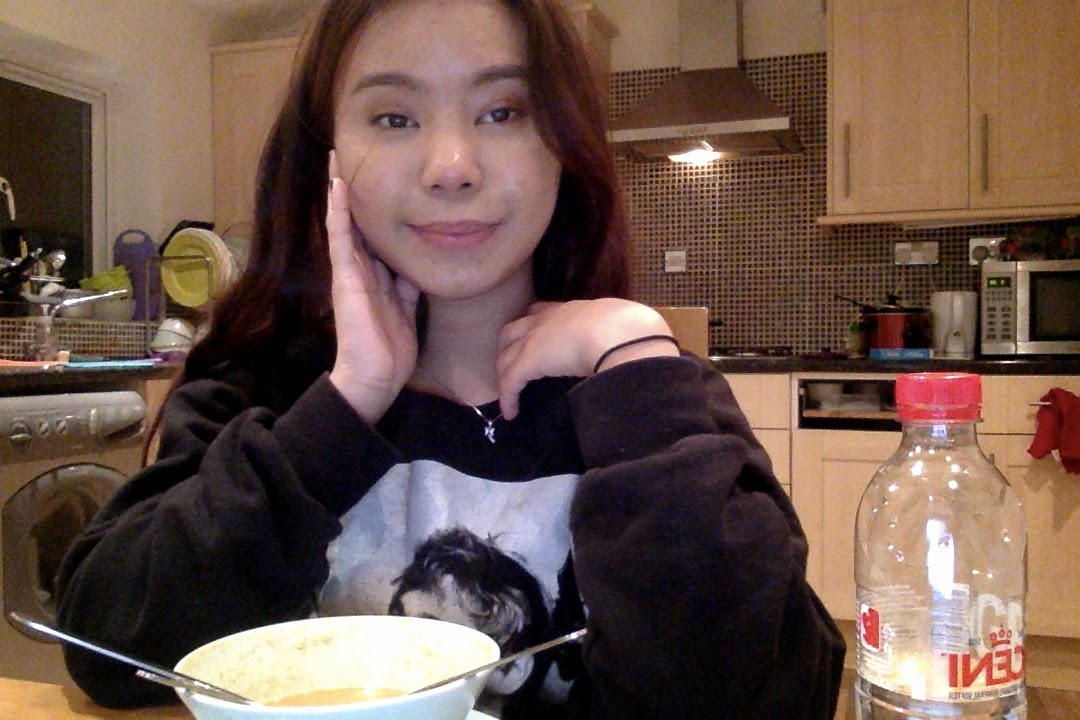 This is me eating a bowl of Maggi curry at midnight the other day hahahaha my eating habits here are just ridiculous! The sole reason I wear my retainers now at night is so that I would refrain from eating anything even if I wanted to! Teruk.

I've been on a RIDICULOUS Korean music binge right now. I think I spent the whole of last month just listening to Korean tunes and it's a slippery slope from then on innit, mate? Just from Youtube surfing, you get sucked into this black hole called Korean pop. Guys, I'm in it. I'm stuck. Don't think I wanna get out either.
I am obsessed, and I mean, OBSESSED with EXO. Like, my heart flutters and my eyes light up kinda obsessed. Even I admit, it's ridiculous just how in love I am with EXO. It's all I listen to! In the shower, I listen to EXO. In the bus, I listen to EXO. While I cook, I listen to EXO. All the time. All day long. I'm not biased with any particular member because after watching a million candid videos and interviews, I'm pretty sure I'm head over heels for all 12 of 'em (luv Kris and Luhan still) but the one who has my heart racing all the time is Sehun. Eep that boy!!!!!

Besides that, I've also been listening and loving these songs;

So good and I admit, I was a bit hesitant and doubtful about Korean music at the start of the whole hype but safe to say, I've succumbed and I'm loving it!!!!

Miracle in Cell No. 7. I heard about this movie from my youngest sister and she said it made her cry so I mean, I just HAD to watch it.

Guys, I cried. Way too much for my own good, to be honest. It was horrible!!! Horrible as in the sight of me sobbing and crying and just very unattractive lah but what a movie. What a SAD movie. It's kinda like 'I Am Sam' but man, this just broke me!!!!

HTGAWM latest episode was AMAZE. It was like a 2 episode special for their finale. AMAZING. I had my jaw drop to the floor by the first 30 minutes and the last 15 minutes of the episode was just... CRAZY. RIDICULOUS!!!!!!

House of Cards is out and so tempted to watch again because I really enjoyed it before but man, to binge watch.... I know I can choose to NOT binge watch but this is me we're talking about. OF COURSE I'll binge watch, not even a question, bruv. 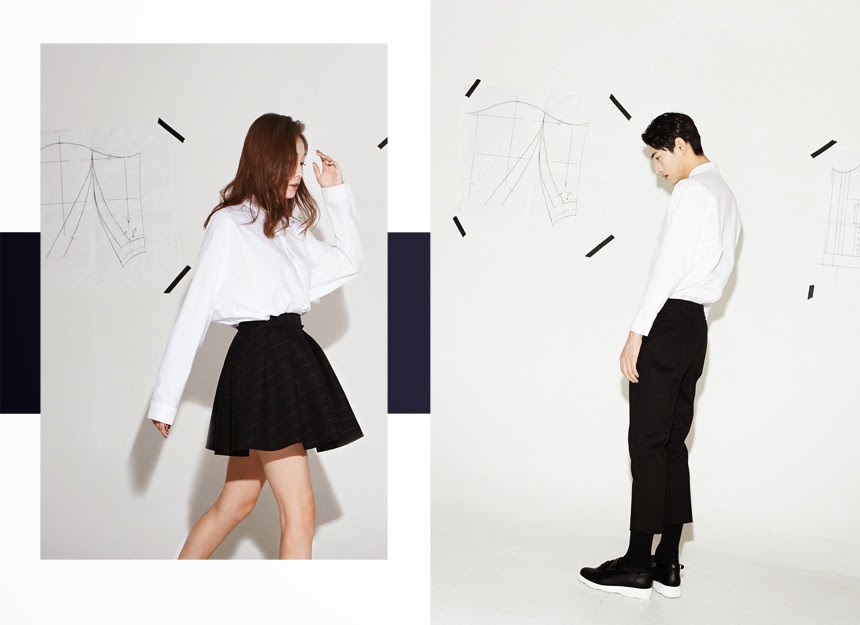 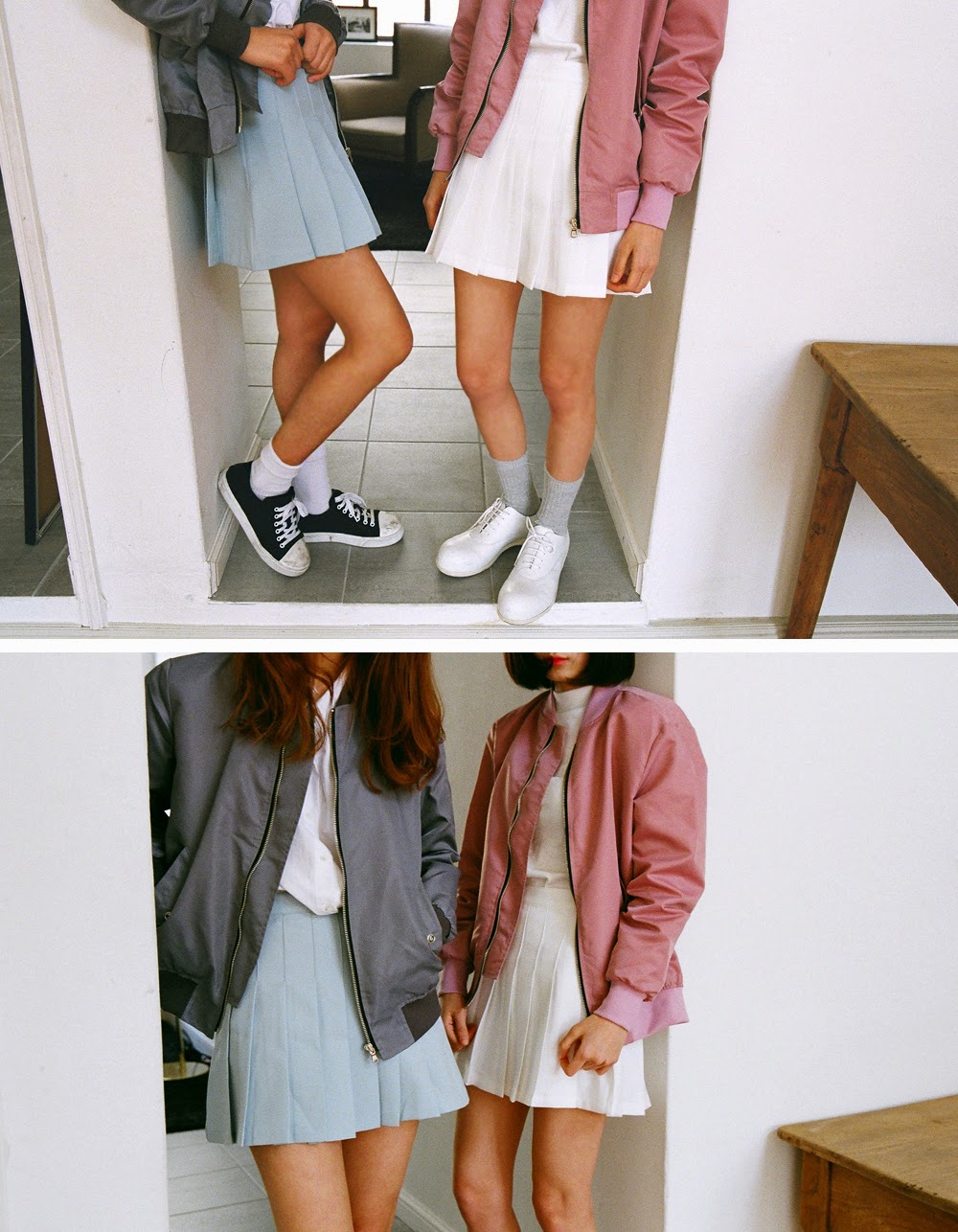 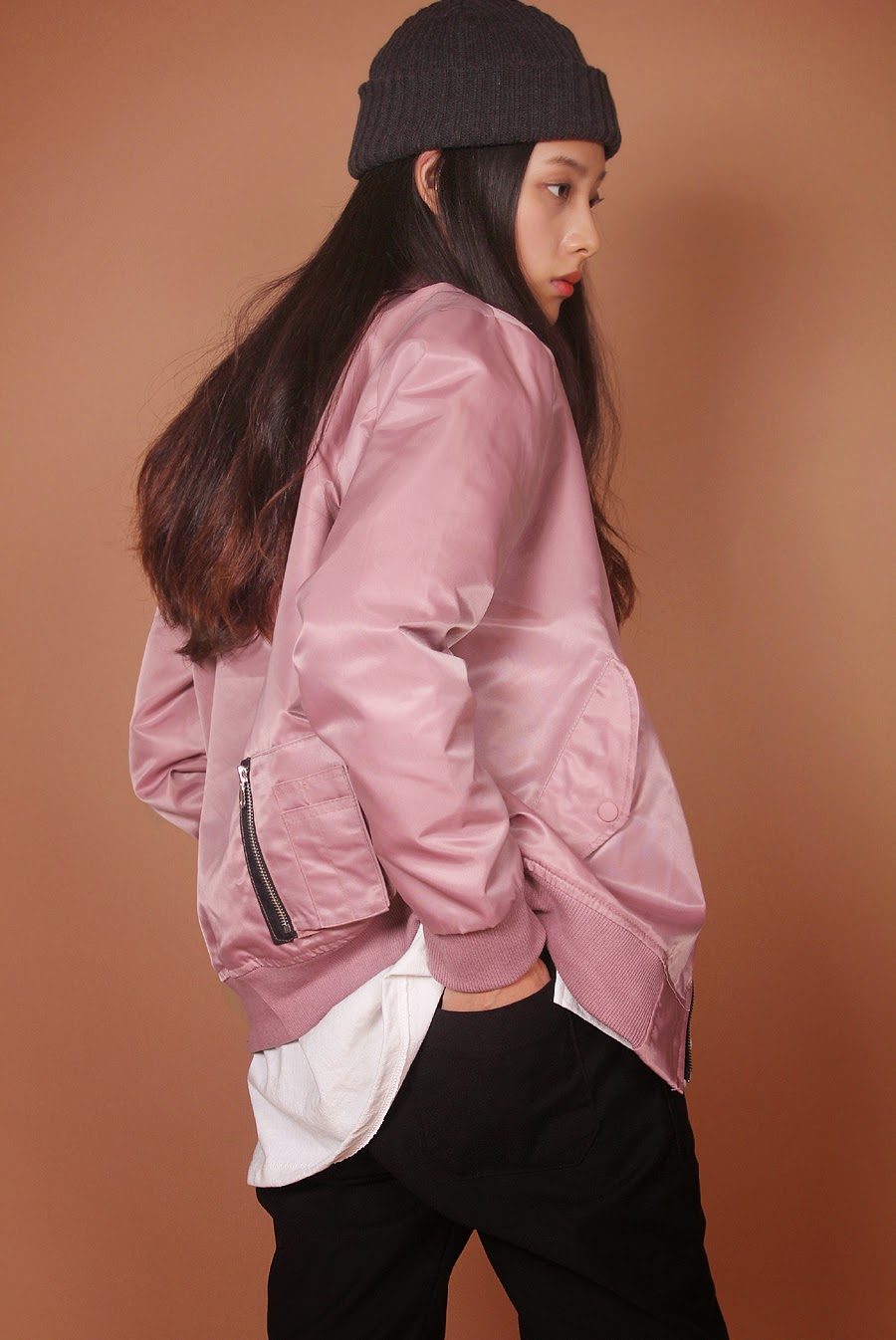 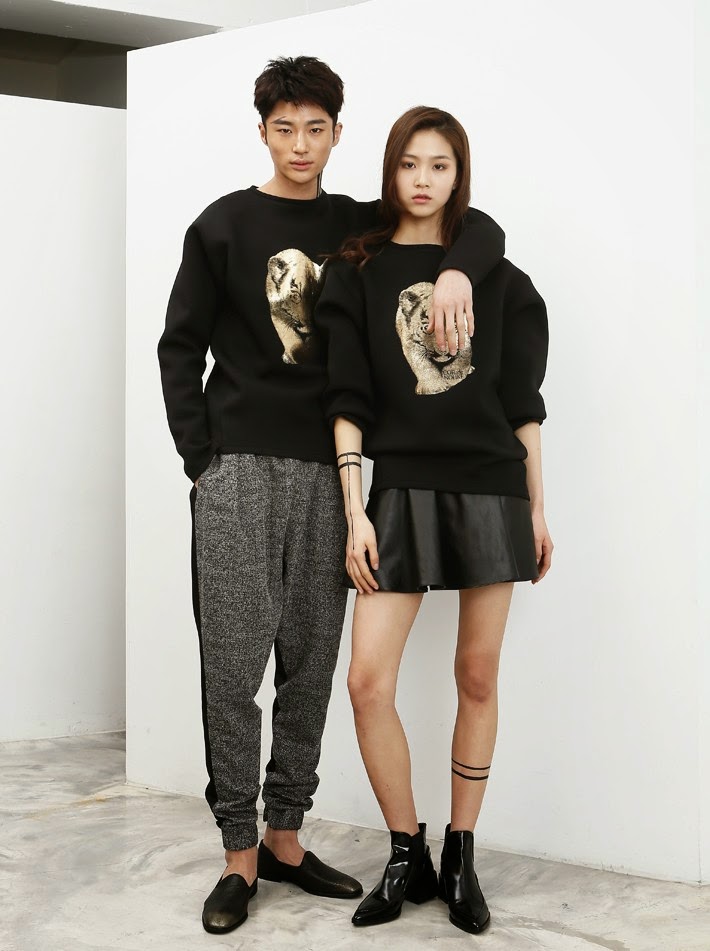 Completely digging the tennis skirt look with oversized tees/sweaters/jumpers. So effortless and it looks so comfy also! It's finally warm-ish enough to be dressed relatively lightly. Last winter was quite cold and horrible so I'm thankful for the sun and warmth! It's no wonder people say the Brits talk about the weather all the time; it changes all the time! I've found that it's been a good and safe form of ice-breaker whenever I'm in the taxi or at the bus stop or whoever lah basically.

I was at Miu Miu the other day and saw their leather bracelets and I want!!!!!!!!! It's so pretty, has various beautiful colours and you can even have two and combine it into one to wrap around your wrist twice. I'm crazy over the orange/pink combo, eep! 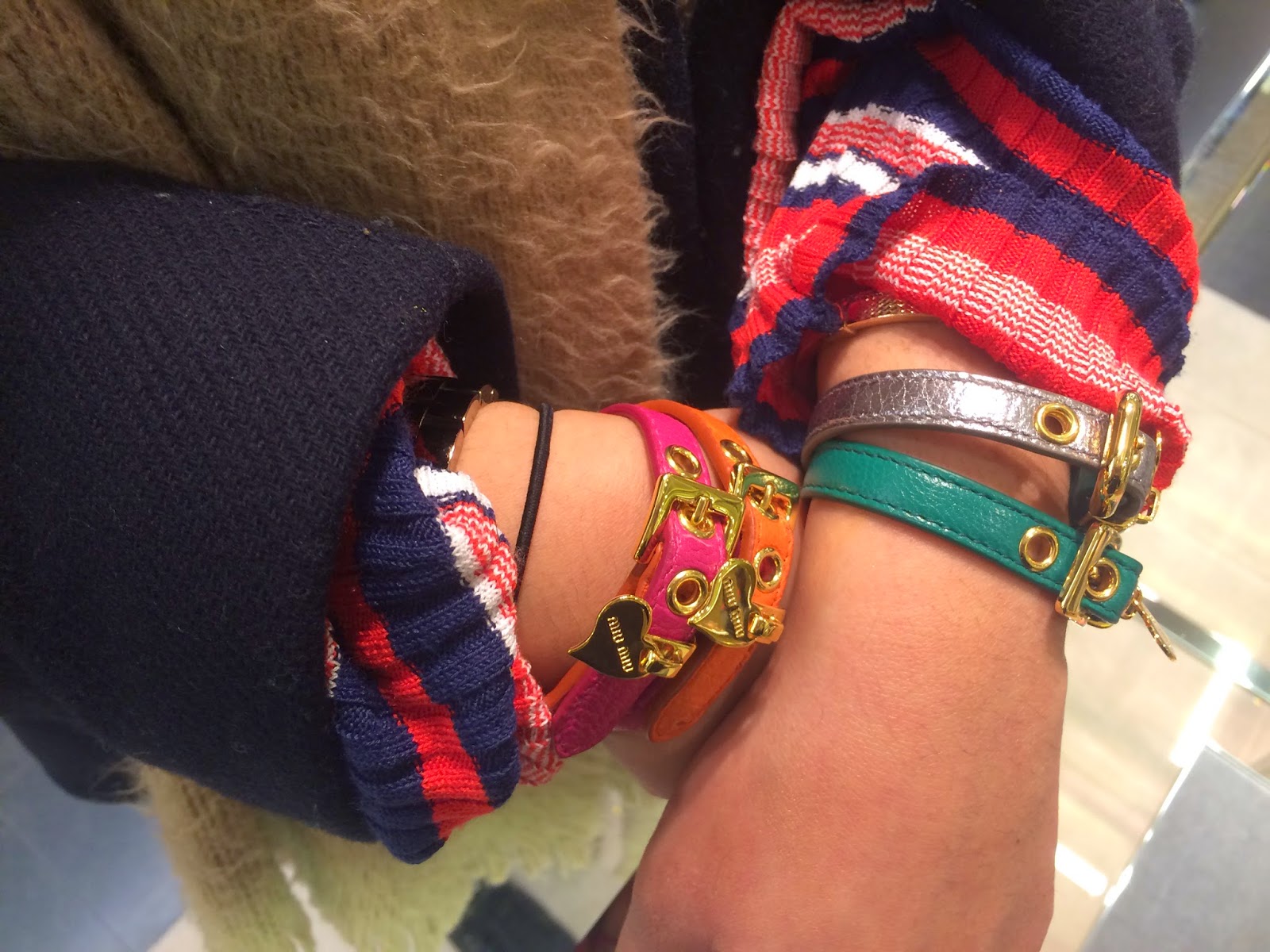 Um hello? Boys of EXO, please hello? As you might or might not know, I'm a bit tiny bit just the slightest bit OBSESSED with EXO so I've been going pretty much jack shit crazy over them.

I've even managed to drag my sister into this black hole. 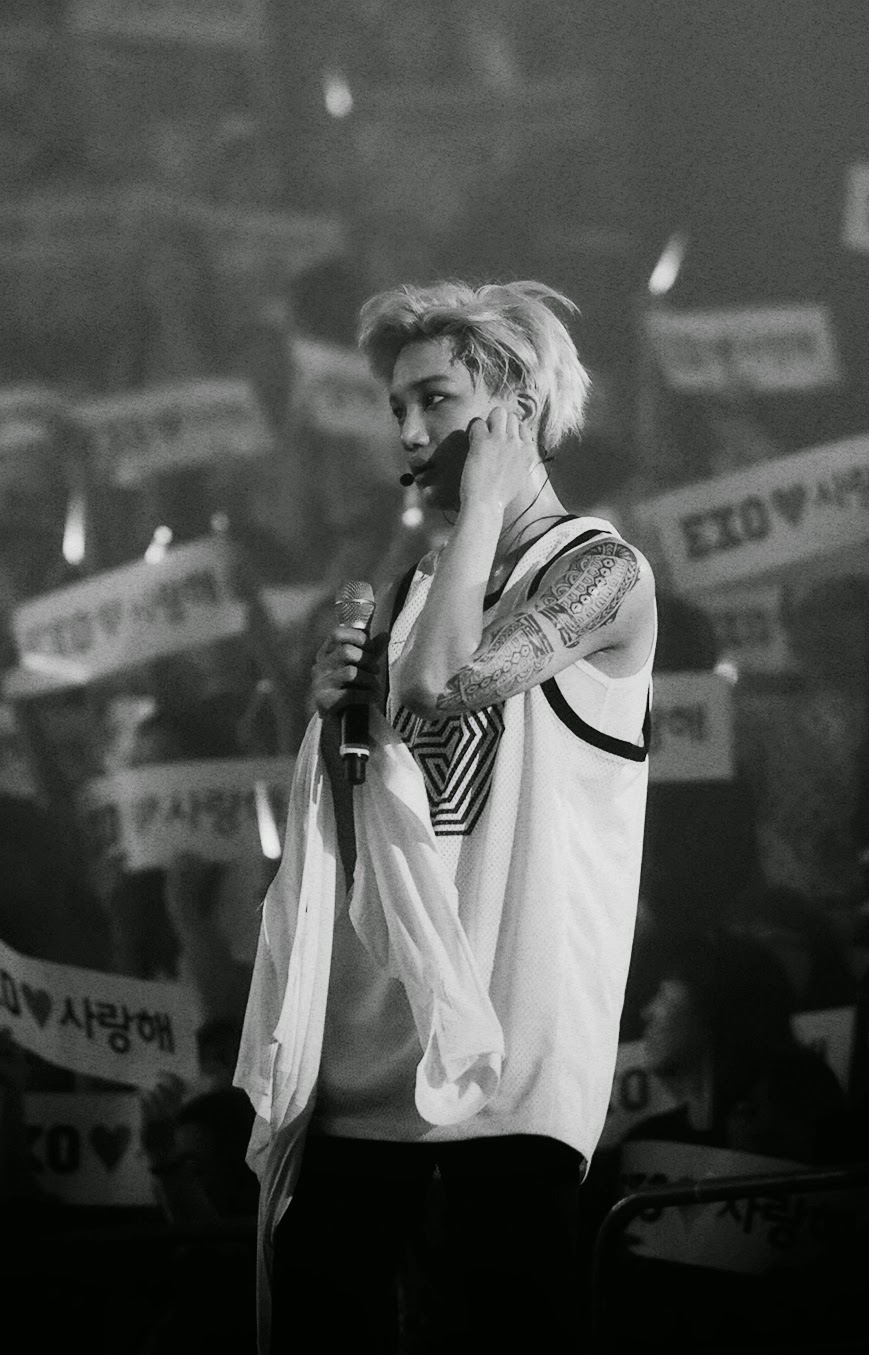 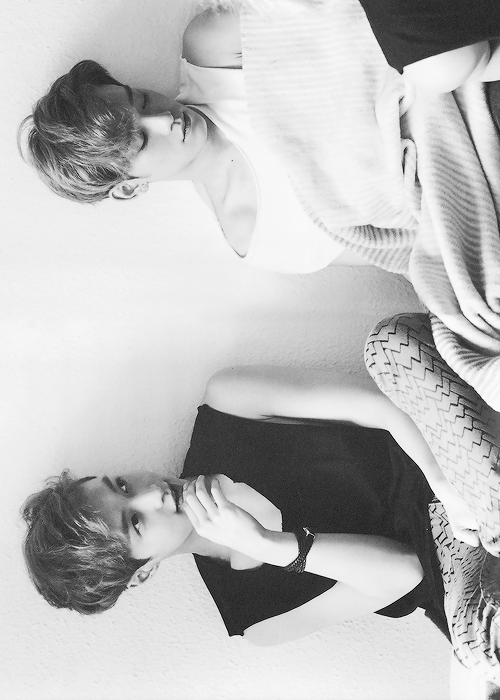 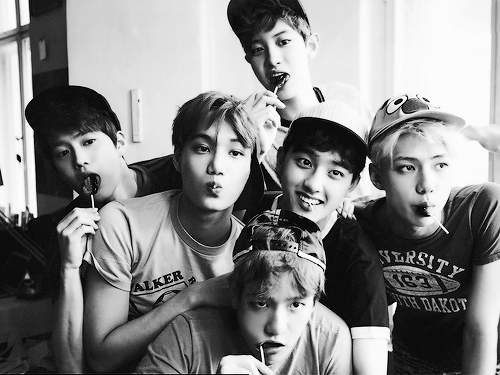 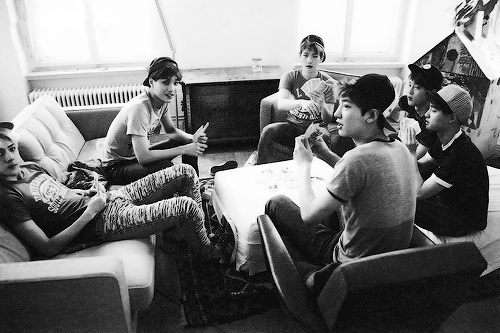 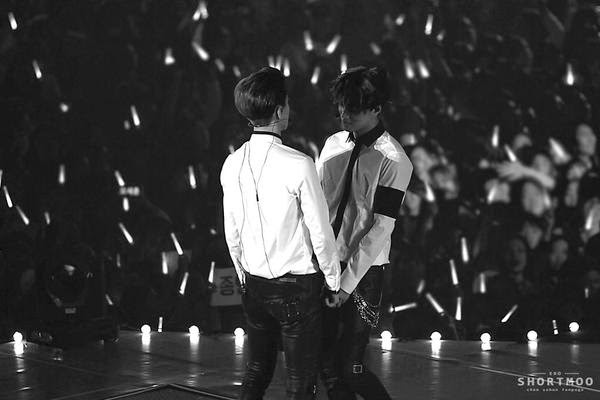 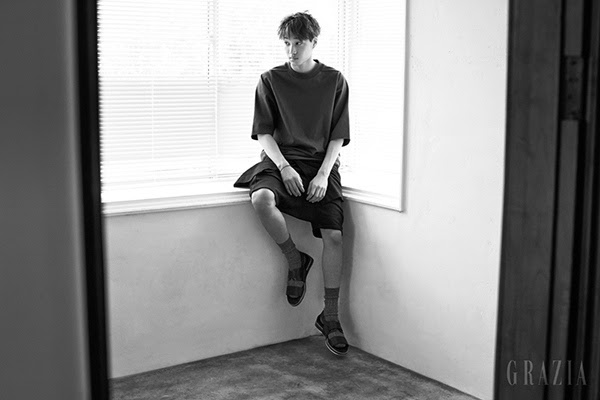 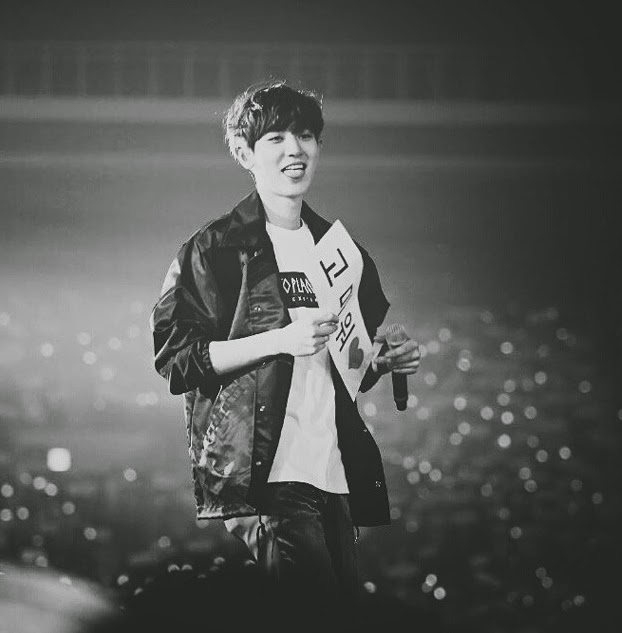 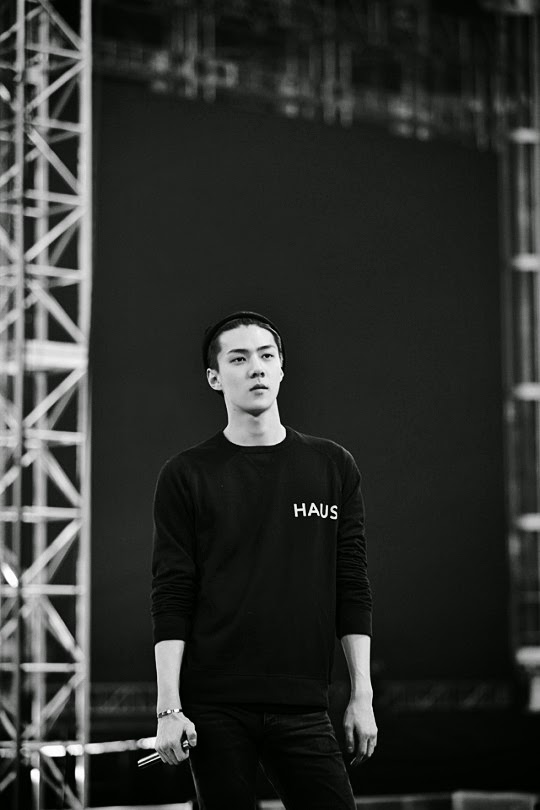 What dreamboats. I've been pretty much spending my days spazzing with my sister over how dreamy they all are. SO SO SO SO SO in love!!!

Graze boxes!
My dear dear friend, Kanda introduced me to Graze. Basically, it's a subscription whereby every week or fortnight, you get a box mailed to you with 4 separate snacks. I've gotten some questionable ones and I've gotten some AMAZING ones. So amazing that I didn't want to finish it because they come in really small portions. But that's the whole point to it - small snacks. Healthy also! Like the other day, I received BBQ flavoured pistachios and I don't usually like pistachios but here I was munchin' on them like nobody's business! Twas seriously super super so so sedap! Now, I look forward every 2 weeks to get my box waiting for me. My day is made when I see that my Graze box has arrived! It's only £3.99 per box and you only pay for the boxes you received so you can pretty much unsubscribe anytime. And you can go to their website to choose the kind of snacks you'd enjoy and there's an option for that particular snack to be sent soon to you as they cater to your tastes. It's amazing and I've thoroughly enjoyed all of my snacks. 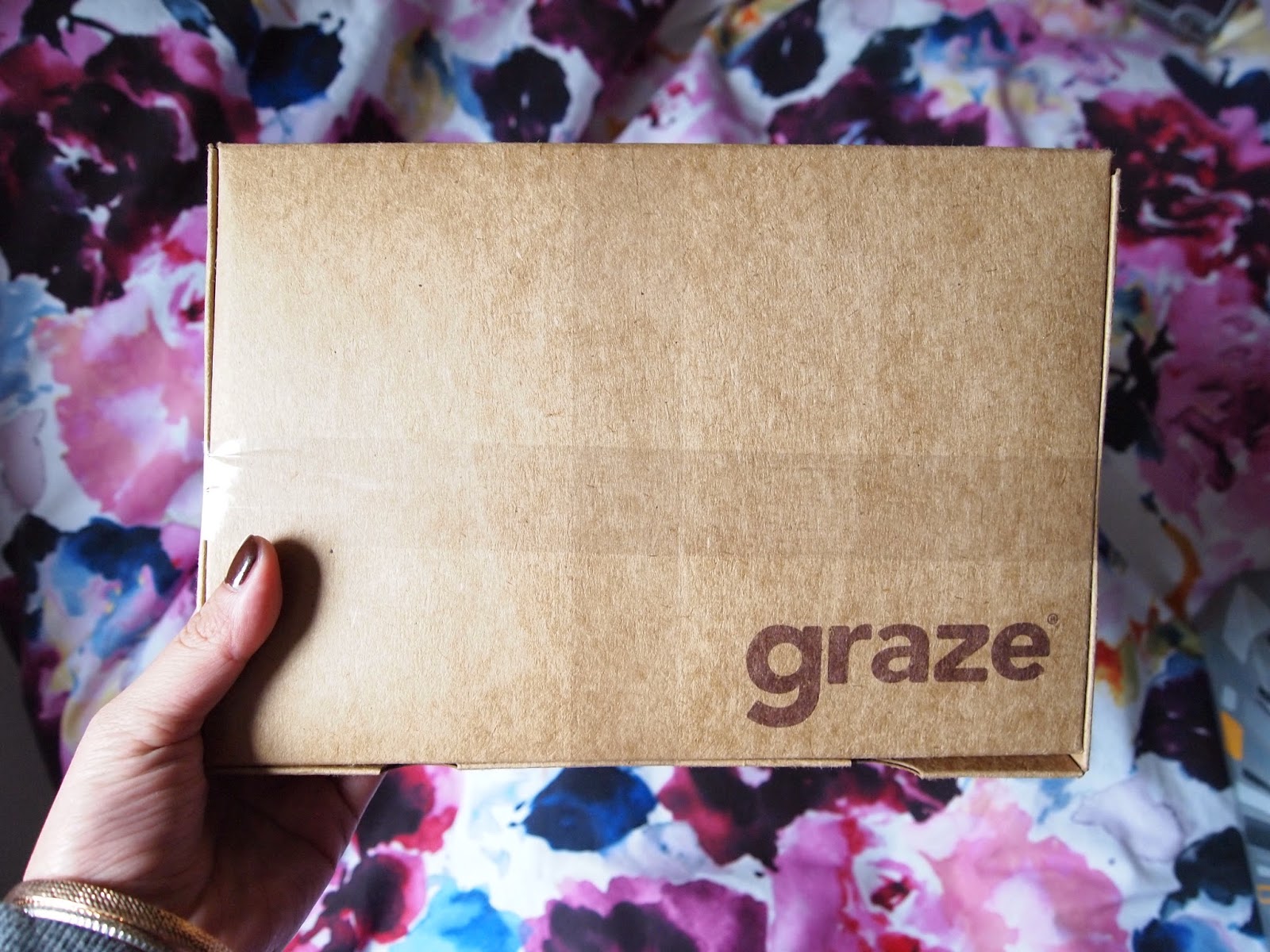 Ok, that's about it! I don't know why it's taken me so long to get this post up. I've been so occupied with other things (no, not Korean dramas...) (ok fine maybe Korean dramas).

Wishing anyone reading this a splendid day ahead!

xx
Written (technically typed) by Nadia Zainudin at 10:52 AM