I love blogging - I just wished I did it more often! I always forget what I wanted to initially blog about or sometimes, I blog halfway and for some reason, I just leave it and it goes into Drafts in which I never even try to resurrect the blog post.

Anyway! It's the beginning of the month, and so I shall do a Monthly Favourites post! My favourite kind. 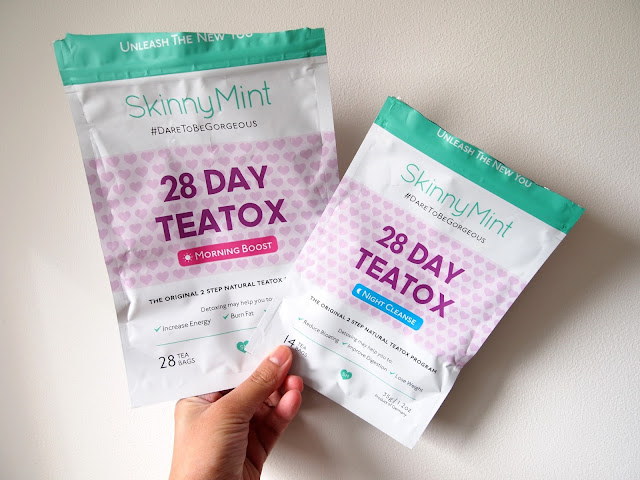 I think I might have mentioned somewhere on my blog about the detox tea I was on. It's called 'Skinny Mint'. And I loved it! I'm all out now so I'm thinking if I should restock or not (I hate it when I have to spend my pounds) (Eh-heyy, spending pounds to lose pounds eh-hey!). I think I'll get it with my next allowance.

I got it after Ramadhan because I read the FAQ segment of the website and there was a disclaimer saying that you shouldn't drink this tea during fasting because it doesn't work as well and well, there's nothing much really to detox from. So, after Raya and after Seoul, I bought it and have been using it everyday since!

I really, really like it. I haven't weighed myself simply 'cause I don't have a weighing machine here and the one back home was so discouraging (ugh) but what I got out of it was that I was definitely less bloated. And I didn't eat as MUCH as I used to. I still ate rice though and all that good stuff, just that my portion grew smaller. Y'know, from like 3 helpings to 2... (hahahahahahelp)

But really, I was a lot less bloated and besides, the tea was surprisingly good for detox tea. I always had this assumption that anything that was 'detoxifying' would be icky but this was good. Even for someone as picky as me.

I would have the Morning Boost every morning, that's supposed to make you feel full and so you don't tend to overeat throughout the day. I prefer this one over the Night Cleanse.

The Night Cleanse, I'd have it every other night. It has a stronger, almost spicy, taste to it but still good nevertheless. Like I said, I was pleasantly surprised as to how sedap it was. They emphasised this a lot on their website, saying how their tea was sweet and not bitter but thought that was all just for marketing sake! 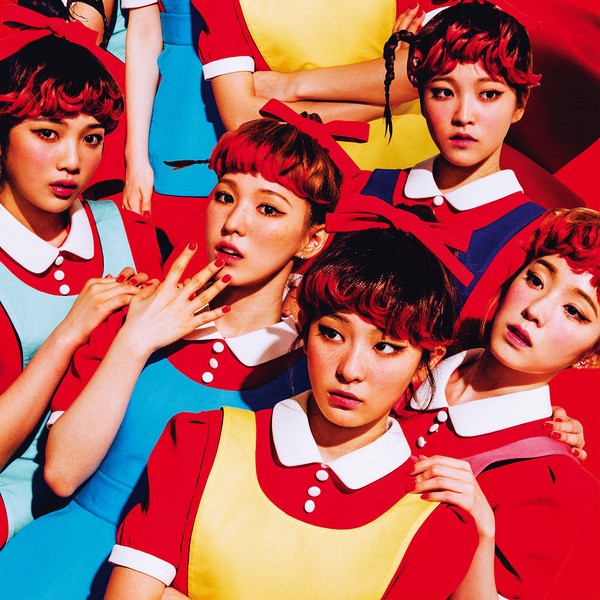 'The Red' is so good! I loved almost every song. Expected from an SM group. I feel so jealous for some reason on behalf of other agencies that SM always produces quality music because of their resources. Most of the songs have very catchy hooks and the vocals are so impressive!

But I'm also so in love with GOT7's new title track, 'If You Do' and the choreography is sick. Expected from JYP! I really hope this that song is able to pave their way to getting first place at any music shows! They deserve it.

But, anyway, K-Pop enthusiasts! My favourite songs from 'The Red' is 'Dumb, Dumb, Dumb', 'Campfire' and 'Oh, Boy'. All so good and all songs I dance and sing to in the shower so y'know they're worthy. You can try listening to them in my Soundcloud playlist below. 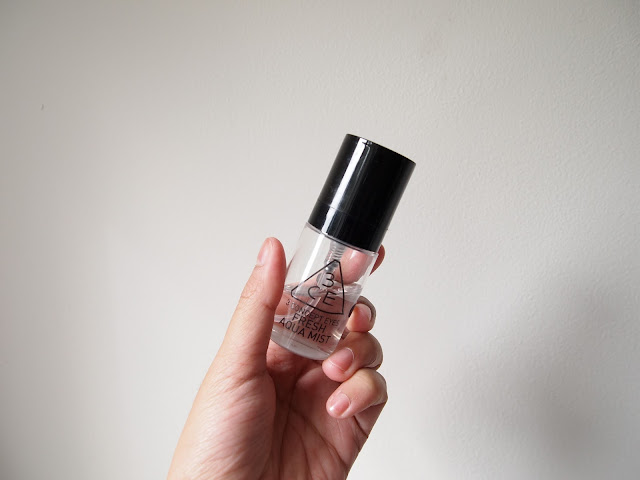 I LOVE THIS STUFF! Tania and I both bought each and I really wished we'd stock up. It smells amazing and it gives you the typical Korean glowy look. You just casually spray it all over your face for a fresh pick-me-up whenever you need it.

My make-up here in the UK is so... flat. Because it's cold and so I don't really sweat (nor do I in KL but I mean, no heat lah basically so no oily face) and my make-up stays put and I guess that's a good thing but I miss my glowy, healthy shine make-up in KL. Ok fine, so it was just oil and sweat but it was admittedly nice looking because skin looks so moisturised and healthy. Here, I have to fake it and this mist helps me achieve that look. Once I'm done with this small bottle, I think I'll get myself the full sized one. It's such a fun thing also to just put in your bag for whenever you need a bit of life in your face. 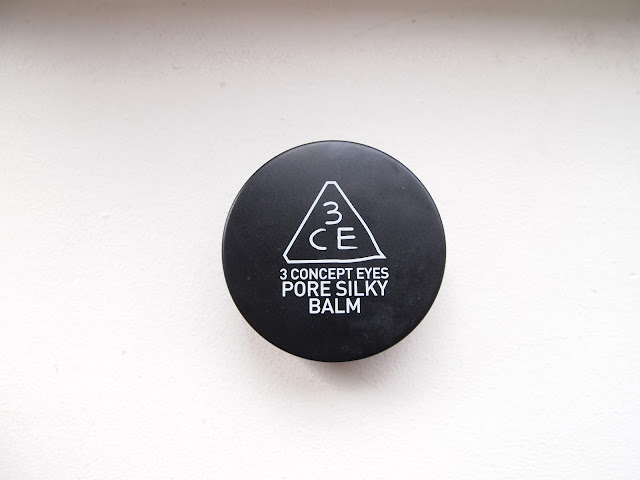 SAH GOOD. When I put this on before my foundation, I swear it hides all my pores. Or rather, it fills it in. It hasn't had a negative effect on my skin, thankfully, in that I haven't had pimples nor zits in the region I apply this on so I'm loving this even more. I've been using it religiously before I apply my make-up and it has helped my make-up look smoother.

I haven't tried other brands so I won't know how this would compare but it's 3CE's best seller so I'm sure there must be a solid reason behind that. Great stuff, one of the things I'd recommend you to get if you were to go on a 3CE spree. Sorry, not 'if', but 'when'. WHEN you go on a 3CE spree. The packaging is too cute to say no to, girls. 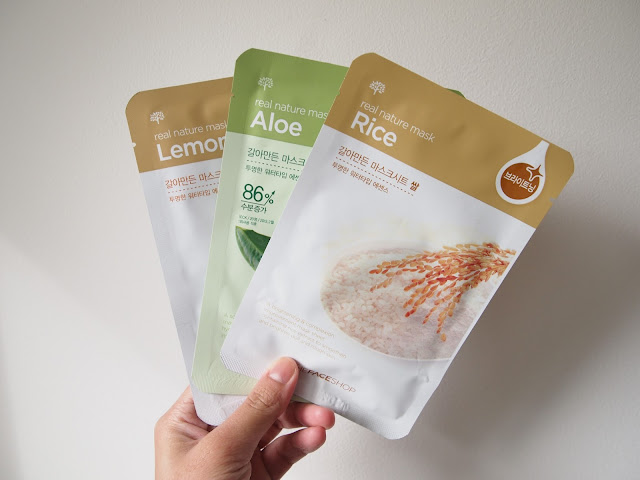 You all know I'm obsessed with my face masks. I bought loads before my trip back to the UK and I've been using it sparingly because I sayang to use them all especially the slightly more pricey ones! I was searching online and I found an Asian beauty and skincare store in London and it's stocked with LOTS of Korean masks so I cannot wait 'til I get to London to go there. I still have lots though so I'm going to use them wisely. They're so cooling and refreshing and gives the moisture my face needs in the midst of the cold weather. I typically use it after I've applied my essence and serum.

Side note : It's been quite warm this past week and I'm thankful for that but news are saying that it's going to be raining all week next week. So that's when you know you're back in the UK. SIGHS GLOOMSDALE!!!

How fun is it to work in a make-up company and to have a meeting where you brainstorm product names ?????? #dream

Anyway, I bought this because over Raya, Myra, my cousin, was using it and then, I had just finished mine so I borrowed hers and it was love at first sight. No clumps and extends your lashes a fair bit. The wand works in a way that it separates your lashes nicely so it looks very full. I've been using this all the time nowadays. I don't usually get a high end mascara because I feel like all mascaras are the same but this one is so good that I had to make an exception.

And I used my duit raya so it was all good. Painful but worth it. 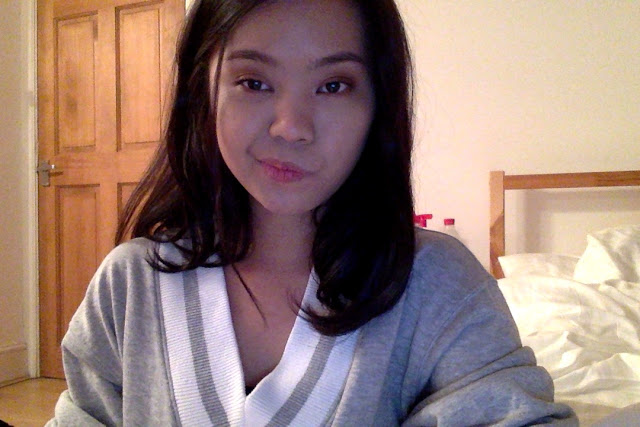 Sounds like I'm bragging but I've never loved my hair more than I do now. It's short, it brushes my shoulders just barely and it's dark. VERY dark. Even my brother, who came over to stay with me for a bit, noticed it when he first saw me

"Oh wow, your hair is so black"

And this is my brother we're talking about. He's like my dad in that sense, never notices anything whenever any of us do anything new to our appearance.

I had it dyed really dark because I wanted my roots to blend easily when it grows out. If you've dyed your hair, you know what I mean. The pain of seeing your ugly roots in stark colour contrasts is so irritating. So, I decided to save future Nadia's money and effort and time and decided to go back to being a completely dark brunette. It's almost black, just almost. I requested for the darkest colour after black and my trusty hairstylist did just that.

He cut my hair exactly the way I wanted and I really, really like it. I don't know why I didn't just had my hair cut ages ago. So easy to upkeep and control. Showers are so much easy (not necessarily any quicker though, I still spend ages in there) and my hair doesn't fall out as much and as easily as it used to when I had long hair. And it's so easy also with short hair, you don't have to style it as much. In fact, I like it when it's messy. The messier, the better for short hair. Looks so natural and effortless. A lot less maintenance with shorter hair.

This might be such a different look for me in a while because I've had so many boys comment on my new hair saying how it's so dark and so short. They're so used to seeing me with long and dyed hair so this is new for them. And for me, But regardless, I love it loads.

Also, if you're looking for a good hair stylist, I swear by mine. He used to only just do blow dry's for me but I trusted him enough to let him cut my hair. His name is Keaton and he works at the Organic Hair Salon in OU, next to Padini (second wing, 2nd floor). Give him a try!


I've been watching a new K-Drama called 'She Was Pretty' and it's only 6 episodes in but I am loving every second of it. I don't usually watch K-Dramas, contrary to popular belief, because if the first episode doesn't appeal to me, it's very difficult to pull me in for a second one. But this, I'm just loving it from A-Z and it's just so good lah, so much so that I try to prolong it by pausing here and there and do other things before coming back to the episode. Odd like that but tu lah. Watch it! If anyone has a recommendation of any good K-Dramas, tell me!! My preferred genre is a sweet and cute and romantic plot and cute actors also. That always helps.

Oh! And I went to the Korean mart again yesterday and I asked the lady if she knew of anyone who can teach Korean and she immediately pointed to a flyer stating just that! I emailed as soon as I can and it starts next Wednesday !! I haven't gotten a reply yet but I hope I get to go ! Stoked hehe, will blog about it!

I'm actually blogging whilst waiting for my mum to Facetime me but she's out with my dad and they've probably forgotten about me... #firstchildproblems