We have 29 days this year!! Not that it's anything specifically significant to me personally but cool that we only see 29th of February once every 4 years.

How has February been, everyone! I feel I've spent a majority of my February pretty alone - because my housemates are hardly home so I usually have the house to myself. I sometimes go days without making any human contact.

So that would just mean that I didn't really accumulate any interesting February favourites - most of the new things I got/discovered/heard/seen were all at the end of this month so I don't know if that could be justified as a 'February favourite' when it's supposed to be something I enjoyed all month... right?

Why am I going on about the logistics of this anyway 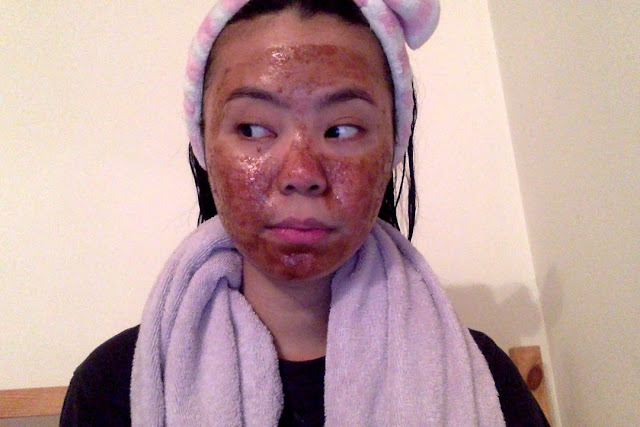 I was propelled to get this from the reviews I've read and almost everyone in the Korean skincare sphere seems to love this so I naturally had to try it out.

I haven't exfoliated my face in ages so this was so refreshing to use! You're not supposed to use it everyday and over exfoliate so I limit myself to just twice a week. And I look forward to that 2 days of the week because the feeling after you've washed this off is second to none!

I had a hard time wearing it first because you're supposed to wear it with a damp face but how damp is damp?? I blotted my face after cleansing but then it was too dry and the roughness of this mask felt a bit too harsh for my skin. So I reapplied with a very damp face but then it was too wet pulak that I felt like the mask was just going to slip and slide. But I read somewhere that it's better if your face is wet because then the sugar becomes more likely to dissolve and therefore, you're less prone to having an irritated face.

I LOVE her. That voice is killin' it everywhere. Her songs however some are not really up my alley but when I heard her sing 'Stone Cold', it just blew me out of the park.

I was glad she was one of the chosen singers to sing during the Lionel Richie tribute at the Grammy's because yes! Finally! She shows that talent off! And right in front of some of music's best!

I think she should seriously be a lot more recognised for her singing, she's absolutely stunning! She's such an underrated powerhouse. It's just that her songs are not always reflective of that which is a pity. 'Stone Cold' was on replay for me this month and her acoustic live versions are even better. Honestly, I hope she releases better music to showcase that huge voice of hers. And then win a Grammy. And then prove that sometimes, maybe just **sometimes** talent > marketability.

Olan, Asil, Ariff if you are reading this, please watch 2 Days 1 Night if you haven't already!

(It's quite confusing, sometimes they refer to it as 2 Days 1 Night but in Korean, it's translated directly as 1 Night 2 Days)

When I was watching Running Man the other day, I looked at the comments and someone had listed the weekly ratings and Running Man was at about 5% and this show '2 Days 1 Night' was at 16%! I was like,

So I started watching an episode.

And I was gone for!

It's so so funny and it's no wonder it tops ratings each week (by 3-4x more than Running Man!) which should speak for itself! I don't know if I personally would prefer it over Running Man just yet but it's seriously damn funny on its own.

The other day, I suggested Zaim to watch an episode of Running Man 'cause I thought it was one of the best ones they've made and surprisingly (to me), he didn't quite like it. He didn't enjoy their humour as much as I did. Which just shows not everyone is on the same page with what makes them laugh.

BUT KOREAN SHOWS MAKE ME LAUGH. Really really hard! I think my housemate upstairs might think I've gone a bit mental from not making any human contact and then suddenly break into fits of laughter hahaha and since I always have my earphones plugged in, it just seriously sounds like I'm laughing at nothing. Kinda creepy now that I think about it but I do bring my laptop with me when I have my meals in the kitchen so atleast he knows there's a reason as to why I burst out laughing so randomly... 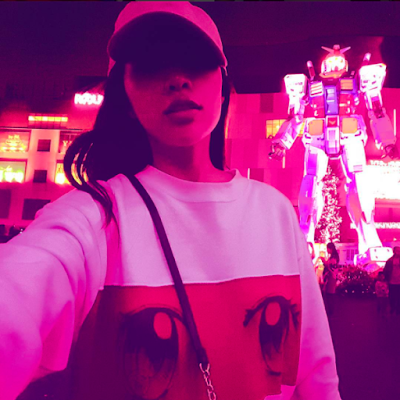 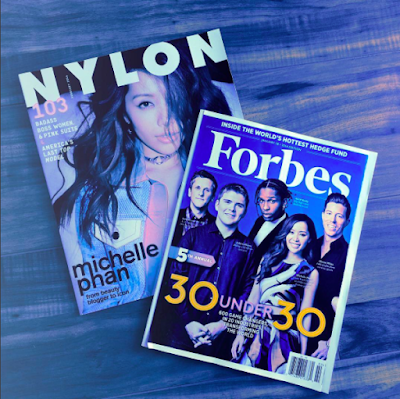 I stopped watching Michelle Phan's videos and unsubscribed her channel about a few years ago because I felt she was so unnatural on video and that fame got to her.

I apologise and I take it back.

She's handling her own company worth millions and still has time to produce content on Youtube. And she's super original also which I love. I think I watch most of her videos for how she edits them and all the different fancy things she'd do. Not so much on the actual make-up because sometimes her make-up looks are so not wearable and still speaks too formal and awkward (I cringe sometimes). But she's so creative, it's so sickening! I love it!! And I like how she just dresses and puts on her make-up however she likes. Blue lipstick? No problem. That kind of confidence and creativity is enviable.

And she was also on the cover of Nylon and Forbes recently and one of her social media she was talking about it and she was thanking her supporters and said,

"Now go do better than me"

Cool tak cool dia ni??? So humble and just such an inspiration. How did she twist and turn from making a video on how to create a smokey eye to being a Youtube phenomenon and then a multi-millionaire entrepreneur ????/ 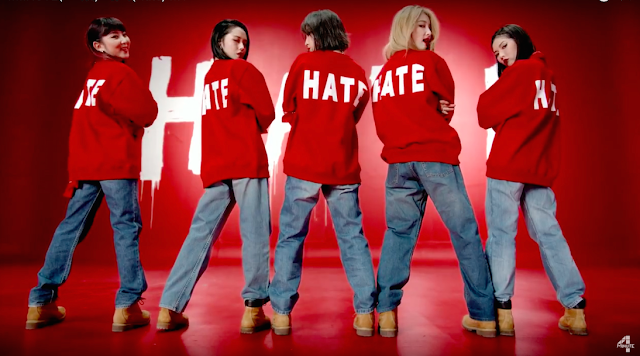 Early this month, I was treated to yet another K-Pop comeback!

[K-Pop Dictionary : 'Comeback' = when a group releases new music it is referred to as a 'comeback'. I was confused at first when I heard about it because you don't see 'Rihanna making a comeback!' headlining music websites. It's different with K-Pop... everything is different with K-Pop *heart eye emoji*]

4Minute released their 7th mini-album beginning of this month called 'Act : 7'.
And it's pretty damn ~ siiiiiiiiick ~

I knew of them but never got into their music because of IDK what reason but they're actually pretty bomb. Skrillex personally contributed to the composition of their title track 'Hate' and I really did not expect to like it as much as I actually do. I also really really love 'No Love'. Maybe a bit more than 'Hate'.

It's hard-hitting and addictive. Definitely not my preferred taste of music but I don't know, man, it's kinda like Big Bang's 'Bang Bang Bang'. Loud and obnoxious but so good at the same time??? I don't know how the system works, guys; I too am very perplexed.

'Hate' and 'Crazy' is quite telling about what group 4Minute is. They're definitely not the kinda group to be in frilled skirts and tiaras (what is up with Korean girl groups and wearing uniforms btw ?!?!). They always put out really strong sounding songs and there have been a lot a lot a a lot of mixed reviews for 'Hate' but I liked it as soon as I heard it. I think it's cool and risky, definitely something I had on repeat this month.

And for my February shopping-fast update : Aced it.

I only bought a book, 'The Big Short' and the black sugar mask this month.

I didn't find anything nice in stores anyway. I was looking to get a bra at Victoria's Secret and they were freaking £38 !!! RM220 !! So expensive for a piece of garment that no one ever sees !!!!

But other than that, I didn't see anything that was worth buying now. It's still pretty cold but spring/summer collections are already starting to fill out stores and they're all pretty mediocre still. I suspect the better items will be out in May/June when it gets warmer. No stores want to sell their best designs now when everyone's still wrapped up in wooly scarves.

Relatively still too early to think about Summer but I'm already thinking of what to wear...


Song of the day : A cover of James Bay's 'Let It Go' by Andrew Garcia
Written (technically typed) by Nadia Zainudin at 6:58 AM