I lost a friend today.

When Hafiz told me of his cancer, I couldn't believe it. I really couldn't. His doctors told him then that he had 6 months. And 6 months passed, and he was fine. So although I shouldn't, I thought little of the cancer and knowing how Hafiz always beats the odds, I didn't think he'd give in to cancer. Knowing him, he had no plans to lose out on this battle. A battle too cruel for anyone to go through.

So when I visited him 2 weeks back at the hospital, I wasn't as nervous as I thought I'd be. I think it was because I've never seen him in the hospital. And I didn't really properly acknowledge the fact that he had cancer. I didn't know how to acknowledge it. I couldn't process it. But when I saw him on the hospital bed, sitting up right, attached with an oxygen mask and body so thin and frail, only did it start registering. My heart dropped. I didn't know what to do and I didn't know what to say. I went with some of his very very close guy friends so when I saw Hafeez (a different one, Hafeez and Hafiz are best of friends since primary school) stroke his hair and joked with him, I couldn't hold back my tears. How is this boy who used to teach me add math, who used to sit behind me in class and pull our hair (Ila and I were deskmates and Hafeez and Hafiz were deskmates and we used to sit infront of them for 3 years running, we then resorted to calling ourselves the G.I Johns), who used to fetch me all the time from my house without complaining, here on this hospital bed, fighting for his life??  It was difficult for me to come to terms that Hafiz had cancer because it was out of reach for me to understand. So when I saw him in the hospital with the oxygen mask did it all come at me. All at once. And I was incredibly overwhelmed.

When I saw him at the hospital, I didn't know what to say and what to do. He was joking around with Hafeez and when it came to my turn to say hi, I just fell silent. And so did he. I took him by his hand and I held it tight. I wanted to say, "You'll be ok" but I just couldn't. It wouldn't come out. My eyes started to fill with tears and my words got stuck in my throat, refusing to come out. I must've mustered a weak, "...ok" because he smiled and just nodded as if he understood what I wanted to say. I hope he did. That was the last time I saw him.

When I got the text that he had passed today, my whole mind just went numb and blank. I was at a studio for a photoshoot and I couldn't leave. My friends were discussing the agenda for the day on Whatsapp and it was still uncertain if he was to be buried tonight or tomorrow morning. I was numb. I didn't really talk much and I didn't really do anything. Only when I told my colleague that I had to leave work early and that it was because of Hafiz, my voice broke and my eyes started to get watery. It was as if my heart and mind was finally synchronising with the rest of my body. It hadn't sunk it yet before that. Having to say it out loud made it real.

I rushed home and then rushed again for the mosque where they'd have sembahyang jenazah. We were informed that he was about to be wrapped and that it was our last time to see him. I saw him from afar before stopping in my tracks. I couldn't. I couldn't see him like that. I couldn't see my friend because it was too surreal. Seeing him in that state was too difficult for me to do. I couldn't stop crying when I was praying Isyak. Because I couldn't believe where I was. I was at a mosque, about to sembahyang jenazah for a friend. A friend whom I've known since we were 15. A friend who then turned to something more. We've shared great, great memories together. Lunch dates at our favourite New York Deli - we used to go there so many times that the waiters knew us from afar. Study sessions at MPH out of all places because it was quiet enough and they had a small cafe where we had drinks while attempting to study add math together. Times we'd argue about the tiniest thing like Coke vs Pepsi and discuss to great lengths who we'd date if not one another. Used to always make me laugh. I remember being really proud and happy that I was dating him because everyone around us loved him to bits. He was the life of any party and it's pretty much agreed that he was everyone's favourite guy. And still very much is. In fact, when I was at the burial site, I saw some of our friends there and to see them so sad really broke me. We're talking about friends who he grew up with, spent all his school years with, sat with during break, went for tuition classes with, hung out with just weeks ago, travelled with. I knew Hafiz when we were 15, and these are his good friends who have been friends with him since they were 7. 15 years of friendship with someone and to see them leave you brings about a sadness and grief that is entirely unparalleled.

I'm so saddened that he is no longer here with us and I really don't know what to do nor say. I'm incredibly grateful to have known such a guy in my life. I wanted to thank him for being such a great fighter, for being such a trooper. Doctors initially told him 6 months when he was first diagnosed but he marched on for another 5 years. And I also wanted to thank him for giving me a big portion of his heart. For liking me and for sticking through with me. I'm also incredibly regretful of the things I didn't get to say and things I didn't get to do. Like to apologise for being really crappy in the last few years. For being really distant. I'm really sorry for all the things I did and the things I didn't. You deserved a great, great love of a lifetime and I'm sorry I couldn't be that for you. I want to say a million more things and I should've a long time ago and I'm so sorry for that. I hope through my prayers you'll hear me and you'll hear how sincere and genuine my apologies and gratitude to you are.

The sadness everyone is going through now is only a tiny bit trumped by relief because at least now you're in a much better place and that you're not suffering. You're free from pain Alhamdulillah and for that, I'm glad. I'll always have you in my prayers. May He grant you Jannah and may He also provide your family comfort and patience to go through this very difficult time in their lives. You are such a blessing to all of us, Hafiz and I hope you left us at least knowing that.

It was an honour to have you in my life, Hafiz Ismail.

We'll see each other again but 'til then, rest well. We all miss you already. 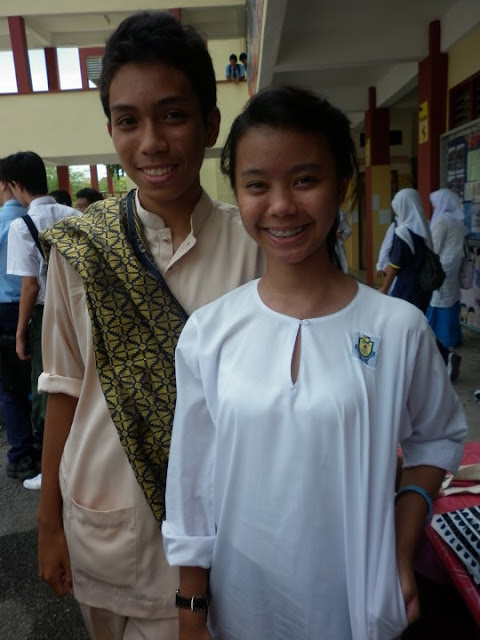 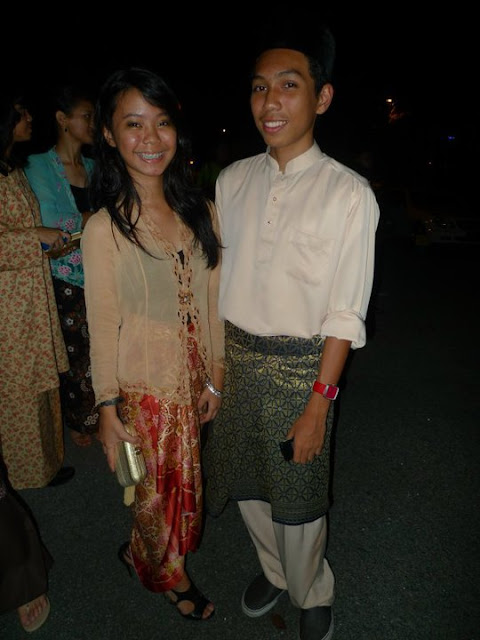 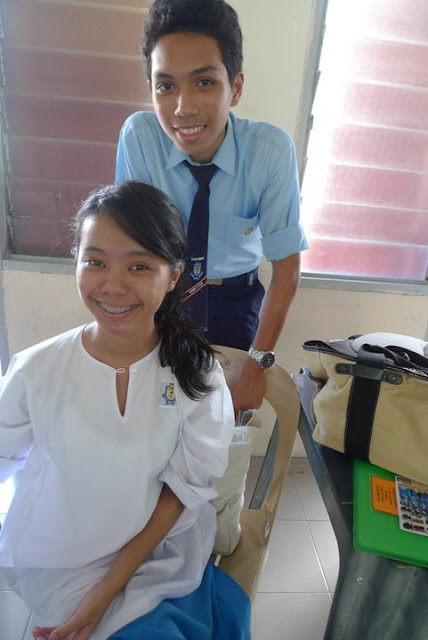 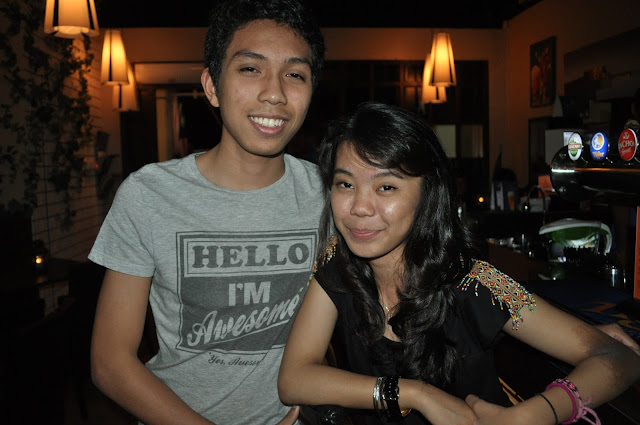 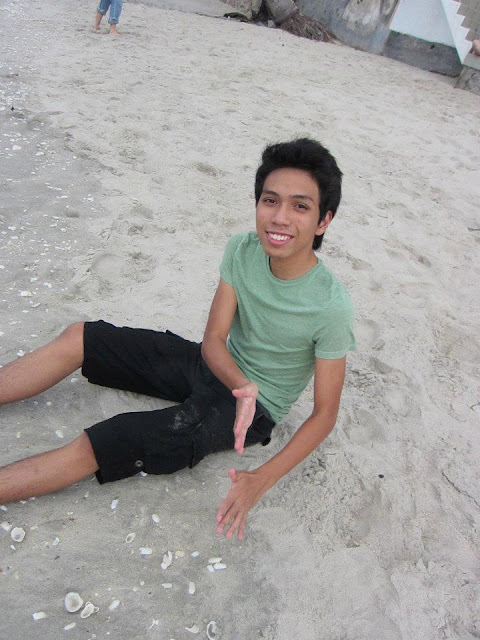 Written (technically typed) by Nadia Zainudin at 2:23 AM