Weekends are something I cherish more and more as I work. It's something I feverishly look forward to.

To do nothing. To just laze in bed and not care for an alarm. And to catch up with my variety shows. I try to be good with my TV shows but sometimes I'm just too sleepy and I'd rather much not regret staying up so late when I wake up. So I sleep. Guys, I'm tellin' ya, I'm a different person now!!

The past week, my dad was in Italy and the UK (he had an expo in Milan and went to visit my sister in the UK) so while he was gone, I slept over in my parents room with my mum. To keep her company and to also sleep on their bed. Is it just me or does everyone find their parents' bed very, almost weirdly ridiculously comfortable??? My dad has a bolster and so I've been using his while I slept over and it's my new obsession so I had to get my own. So now, I'm back in my room with new bedsheets (dainty yellow striped ones... cute) and 2 new bolsters! I only have a single bed but it's currently bombarded with pillows. Just the way I love it.

Iman and I watched Miss Peregrine's Home for Peculiar Children yesterday as per her request. It was... okay. I preferred Lemony Snickets waaaaaay more. This movie was not as child friendly as I had initially thought. It was very creepy, actually! Meh. I didn't enjoy it as much but it's been ages since I last went to watch a movie at the cinemas so it was fine! Next movie I wanna catch is The Girl on The Train. I love Emily Blunt so I'm going to watch it 'cause of her. I've heard how famous the book was so I'm looking forward.

Oh! I placed an order with Colourpop about 3 weeks ago because they had this free international delivery promotion going on and I took advantage of it. I have always wanted to buy from Colourpop but never got around to doing it (mainly cause it was so expensive to buy CHEAP eyeshadows. Delivery charges are such a nuisance). So when they announced that they were delivering for free, I immediately went online and bought a bunch of eyeshadows.

9, to be specific. And 1 highlighter. I didn't get any of their lipsticks because I don't like matte finishes and I'm perfectly fine with all the lip tints I bought from Korea.

I haven't had the opportunity to go anywhere fancy to use these shadows but hopefully soon. Someone bring me out for a nice dinner, please! I channelled my inner beauty vlogger hidden deep, deep somewhere inside and Snapchatted a mini haul video.

First impressions on these shadows were that they apply like a ~ d r e a m ~ they are incredibly soft to the touch and didn't feel powdery in the tiniest bit! They're almost cushiony in the pan. They swatch true to colour and so sickeningly pigmented. I'm struggling to find why anyone would wanna buy anything else? It's beautiful and they have so many colours and tones to choose from (I took 45 minutes to decide between 2 almost identical colours). Cheap and beautiful pay off, why would you buy anywhere else????? 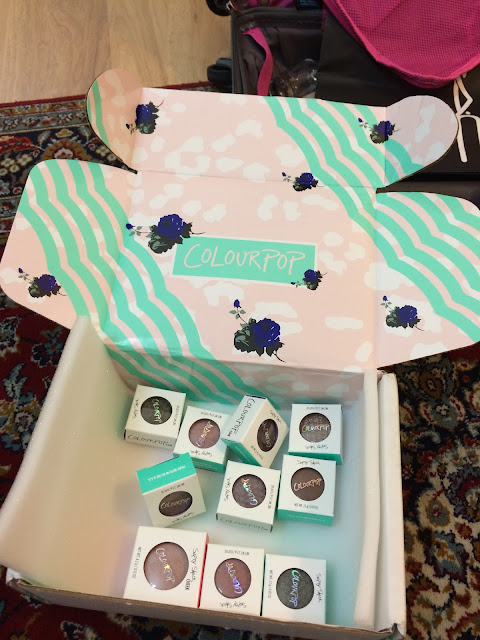 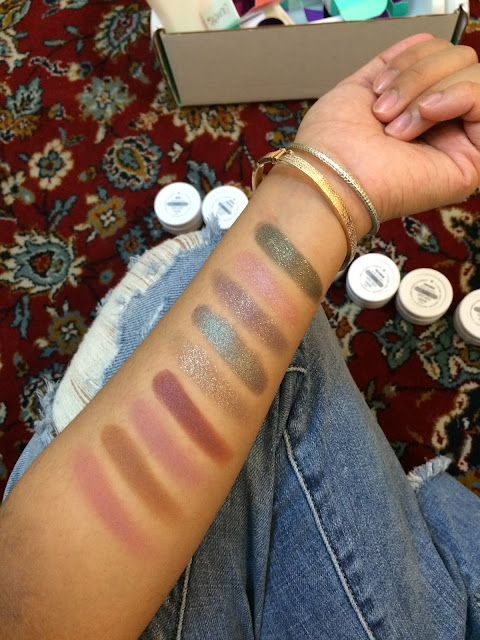 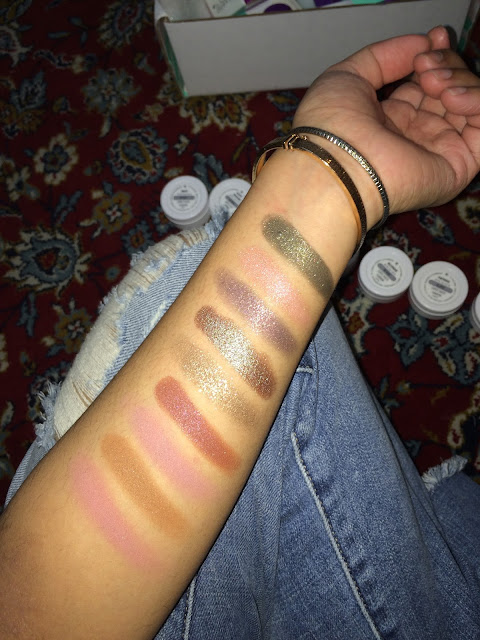 From L-R (or bottom to up) : Brady, Crenshaw (from the Kaepop collection), Tang, Seeker, Nillionaire, Partridge, Cricket, Wattles, Hammered 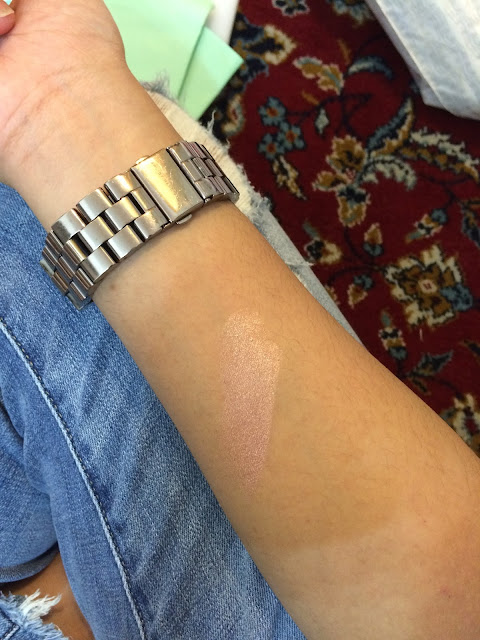 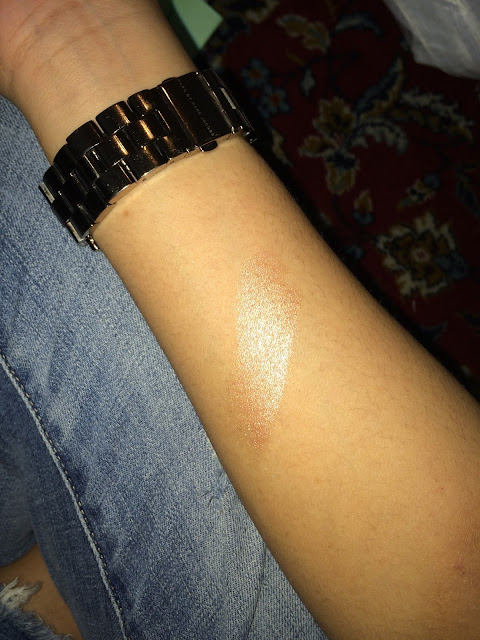 Also, I have the final vlog up and ready on Youtube! It's our last one and so it's bittersweet. It's been fun editing these and I actually really advocate travel vlogging. It reminds me a lot of my childhood when my dad would lug around his huge video camera around and film us on holidays. You get to relive the whole holiday also and I've loved it all. Tania loves editing these videos out too but she wasn't able to do the later ones because she's all the way in the UK. Even Iman enjoys making videos, she's done some and she's learning whenever she can about video making. She even aspires to be a film director one day. Hmmmm don't know how my parents would feel about that...

Our last day in Seoul was mostly running around to places we hadn't gone yet. Nowhere new. We discovered this beautiful shop in Hongdae called Daily Monday. The exterior and interior of the store was so ON POINT, it had pink deck chairs and tables at the front of the store with a lot of greenery. The interior was just really well thought out and was a lot different from the smaller shops in the main Hongdae area. This was more fancy shmancy and the clothes were definitely to my liking. We were rushing so we didn't get anything which I heavily regretted. Wished we had spent more time in there and wished we had discovered it earlier!

We went to have dinner at SMT and Tania asked our very sweet host to make a reservation for us. We're unsure if it's completely necessary to make a reservation beforehand but it's best that you do. It's also, by the way, nowhere near the SUM market. It's on the same street as JYP Entertainment. At the junction (where you're facing JYP and Dunkin Donuts is on your left), turn right and walk straight on til you see SMT on your right. You won't miss it.

We met up with Jiha, a friend/college junior of mine, who is currently doing a year abroad in Seoul and she brought us out for lunch in Hongdae at this rather obscure shop. She even treated us which was incredibly sweet and kind of her!!!! Food was really good and I highly recommend webfoot octopus to anyone. It's not as icky as it sounds, promise.

Sigh, I can go on and on about Seoul. Such a cool place and I really really really won't mind going again and again. I won't get bored, there's so many things to do, to see, to shop. And it's also relatively very cheap. Once you have your Airbnb and flights settled, you're pretty much set. Food isn't expensive and shopping isn't too pricey either. You just have to be smart on where to shop. I've been thinking about going to Japan but people have been scaring me saying how expensive it is! I really don't like going to a new place and being limited by money. Sounds very snobbish, I know and I apologise but holidays are meant to be carefree and enjoyable so to be constantly wary about money is so tiring and difficult. I definitely know that it's very possible to be on a tight budget when traveling, as how I'd assume backpackers travel around, but just as there are many types of eaters, there are also many types of travellers. So maybe Japan later on when I've made some money on my own. But Korea... Korea, you definitely can go even on a small budget. Definitely.

Ok so I want to resume my evening nap and prepare my heart and soul for the next working week. Hahaha I make my work sound so challenging when it really isn't.

I still have yet to post photos of my trip but I promise I will!

Here's the final episode of our Seoul trip vlog! To many more in the future.