Silkscreen and a rant

November is in 3 days.

It's a lazy Sunday which is my favourite kind of Sunday's. It's 11:15, skipped out breakfast and now hungry. Mum's cooking lunch and she texted me last night what I wanted to eat and I said masak lemak. Masak lemak with ikan goreng with sambal belacan with telur goreng? Yes.

Yesterday I had to work for an in-store event. There was a silkscreen tutorial and participants were invited to learn how to print on a t-shirt. It was in conjunction with Pink October and everyone played around with a stencil of a nasi lemak. Bangsar Village also organised a Trick o Treat event and kids were all in costumes and they went from one shop to another for candy. Which I just thought was the cutest thing in life. Saw everyone from Belle to a Starbucks. Yes! Someone dressed as Starbucks cup hahaha. I've never experienced Halloween but I'd totally dress up as Cher from Clueless. It's been a lifelong dream, you can say. 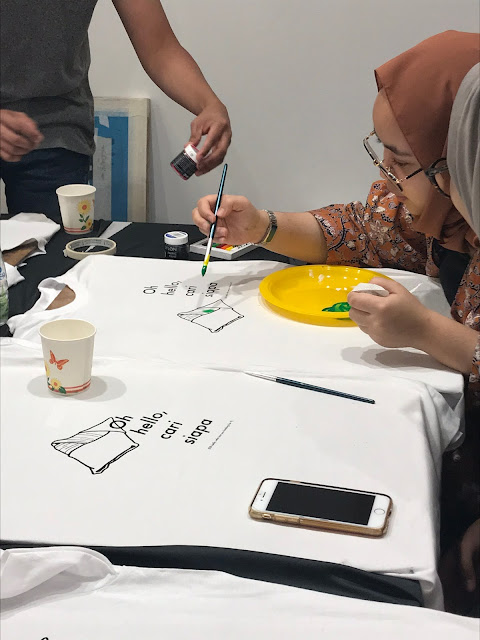 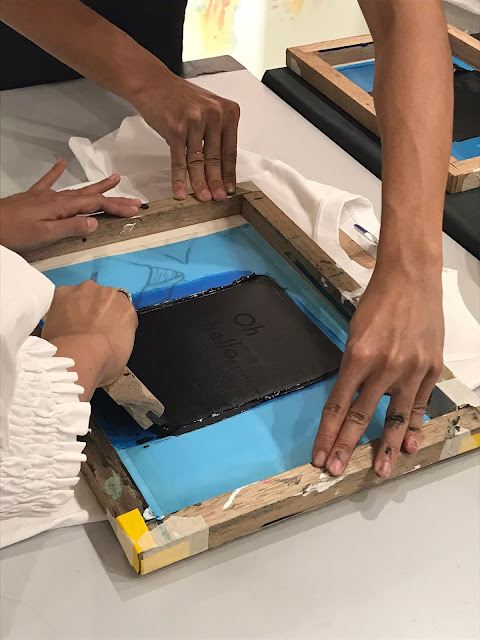 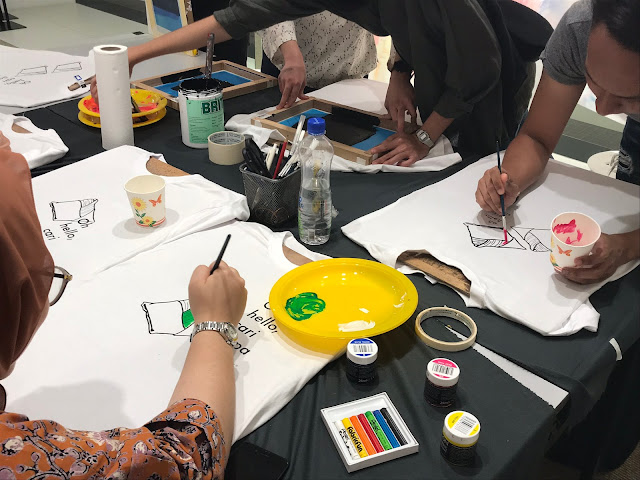 Also, Singapore Fashion Week is happening now and I'm so dead jealous that it's being held at the National Gallery. That place is so stunning - the architecture of it all is massive and so beautiful. I was there during my trip to Singapore recently for the Yayoi Kusama exhibit and I was sooo taken by the gallery. It's so modern, it's so well-kept, it's so impressive. And for Fashion Week to be held there - divine idea. If you don't already know, I hate (and I'm being very generous here) that our fashion week is held in a public shopping mall. I think it's so... boring. There's no creativity for the designers to make their stage their own. Maybe it's because I'm so used to seeing fashion capitals hold their fashion week in unique places and making it personal. They have their own kind of runway, they have their own kind of seats, they have their own kind of interior, they have their own kind of performance. It gives the brand its character, right? Here, everyone's the same. Which in any other case, I'm totally fine with (#equality) but these are fashion brands who are trying to distinct themselves from everyone else. I've also been backstage for a show once and it's really not like how you see it everywhere else. Models actually get their hair and make-up done elsewhere and they only come rushing in backstage to change clothes. So really, even in terms of practicality and convenience, it's not a good idea to have it in a mall. It should be done properly and just organised better. I hate it. I've heard justification from its management saying by hosting it a public mall, it allows the public to see it and to experience a fashion show just like any one else. This is cute. Because if you really want it to be an immersive experience for the public then maybe the brands should also CATER for everyone else? Have you seen the prices on these designer things????? I'm not about to pay a 1000 ringgit for a jacket?? Also, invite people not because they are influencers but because they work in fashion and they are editors, and stylists and writers. It'll be very hard to convince me that an Instagrammer is going to influence me to get a 1000 ringgit jacket. Really hard. Try lah if you can but I doubt it.

Sorry for going off on a tangent but I was looking through photos of SGFW and can't help but be so envious and mesmerised by how cool the whole location is. We need to up our game is allll I'm saying. Just had to rant that out somewhere that didn't limit my thoughts to 140 characters. I stress on thoughts. Anything and everything ever written on my blog is 110% my own opinion and thoughts and so, you're more than welcome to disagree but ultimately, this is still where I stand and it's still going to be up on my blog. Just had to be clear on that.

Anyway. Hope the coming week is better. I was up and about so much in the last week so I hope this week sees me more... organised and sane...?