I don't like crowds. So I don't know why Boxing Day would be a good idea. But nevertheless, I wanted to experience an Oxford Street Boxing Day.

Started the day off as early as 6:30 am. Girl, I don't even wake up that early for class so it says a lot about me and my love for shopping. Anyway, we were at Marble Arch close to 9 and as soon as the infamous Selfridges clock rung, the crowds started to go a bit mental and started switching on their full beast mode. Hanis, Marissa and I made a mad dash past Selfridges because dying from a shopping stampede doesn't sound like a nice way to go. So we went to get breakfast first to fuel ourselves for retail war. 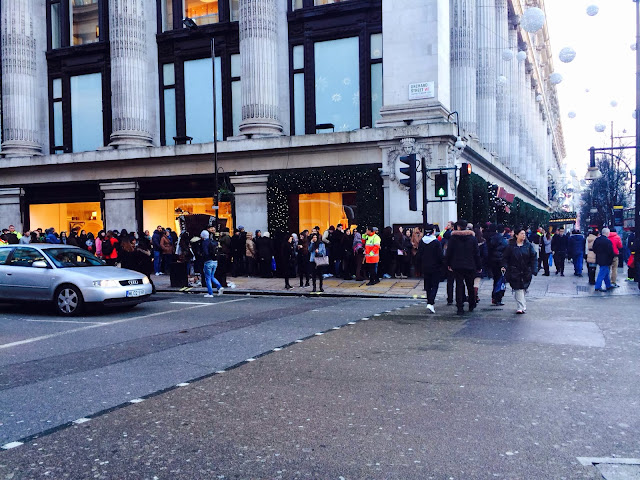 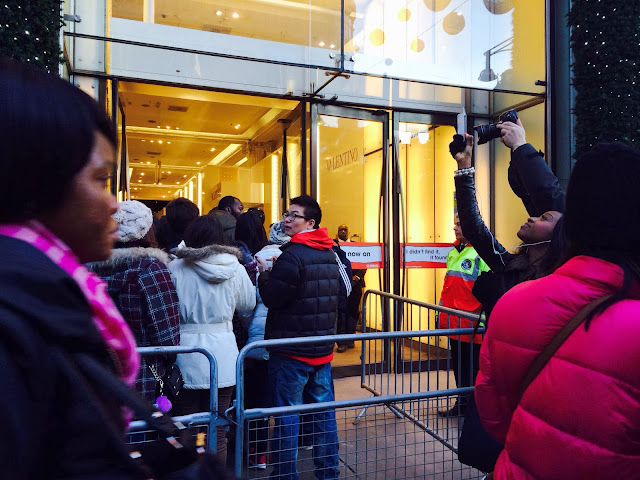 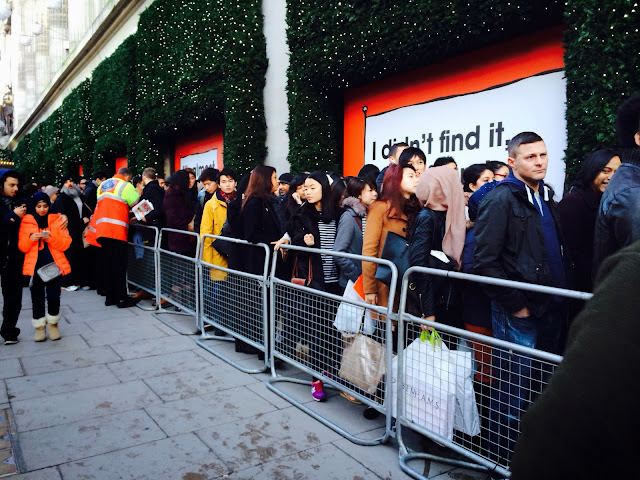 So semangat, man! I don't know if I have it in me though. To wait in line and to battle through the massive crowds. We took our own sweet time and waltzed in Selfridges half past nine with no line but overwhelmed by the amount of people inside. Pening. It was very suffocating because the first part of the store we entered was the perfume section. Ok, strong fumes of eau de parfums and sweaty security guards (i assume they were sweaty...) don't go well and it was way too early in the morning for that! Wanted to find a Kenzo sweatshirt but so disappointed to see the itty bitty Kenzo section. I managed to get accessories that were on sale so I'm quite chuffed with that. We basically worked our way from Marble Arch to Oxford Circus. Stopped by several shops but mlehhhhh the pushing and massive lines were more than enough to deter me from buying anything. I don't have patience when it comes to shopping! My last stop before lunch was Topshop. Mannnn that place is already crazy packed on any normal day so boxing day was even more teruk. I did manage to get an electric blue coat which was sick because it went down from £58 to £25! Steal. I also managed to get myself a summery dress........... which I realise is quite impractical because I'm not going to wear it anytime soon! But it was too pretty and there was only one piece left and girlfriend, when the last piece is in your size you KNOW it's fated for you to get it. It was on sale also so my purchase was justified....... I hope. 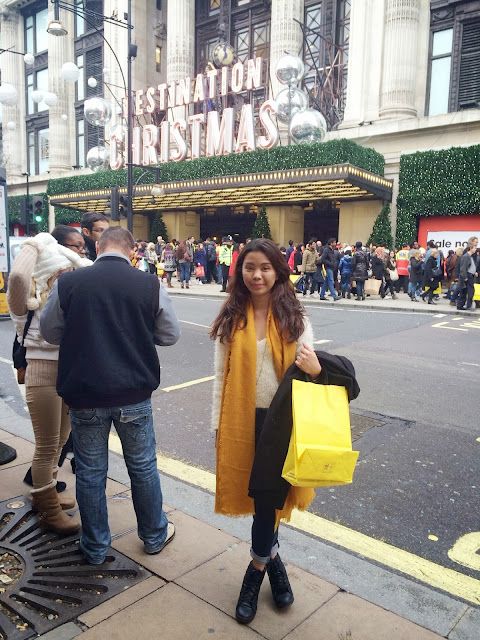 Overall, Boxing Day was overwhelming. Too many people on one street!

I still love you, Oxford Street. You and your lights are amazing.

x
Written (technically typed) by Nadia Zainudin at 9:39 AM