BECAUSE I WENT TO KY.

Everyone who knows me knows that I love KY a whole lot because of how much that place means to me; the teachers, the friends, the events, the dramas, the staff, the classrooms, everything!

So obviously I was very excited to be there. We went there as a surprise for the juniors; I especially wanted to surprise Puchee because I've missed the girl and it's been a good 9 months since I last saw her and who doesn't like surprising people! (unless it's with bad news of course... unless you're sadistic like that.........)

Surprise was a success!! She basically came running when she spotted me in the cafe! Soooo happy to be reunited with my girl!!! Had a little lepak time at the café (ahh old times) and had a few big laughs with Fauzan. 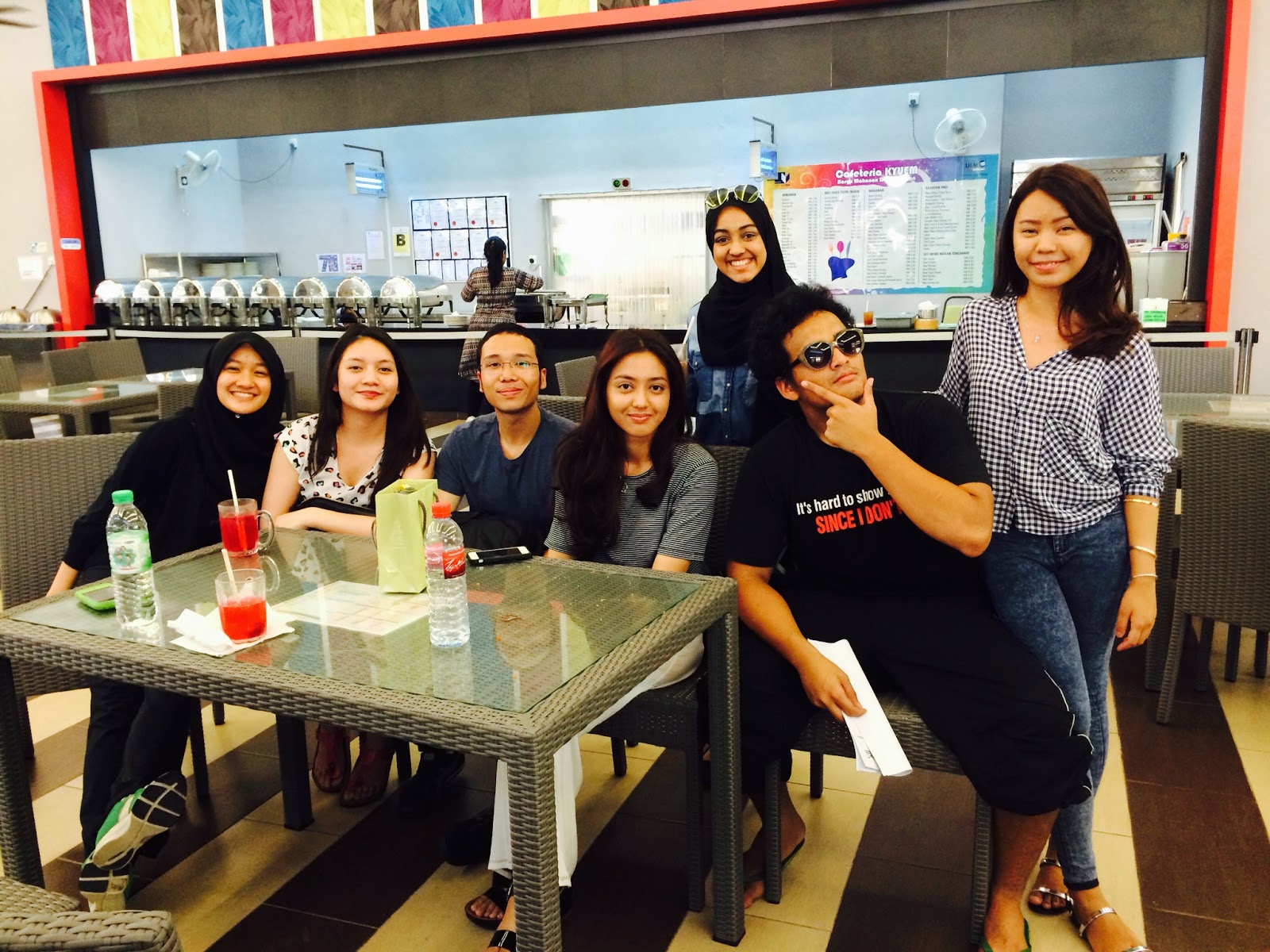 (in case you didn't know, the café was my favourite place in the whole of KY lolz)

I, then proceeded to the field where the juniors were playing soft ball. I was welcomed with warm hugs and "Nadiaaaaaaaaaaaaaaaaaa" and I was elated to finally see these babies again! Had so much fun watching them play despite me not knowing what was going on. So complicated, man but I just rooted for both teams anyway! The usual playful banter between the two teams were hilarious, with Fauzan dancing around saying "4 sama! 4 sama!" because it was 4-0 before that and then later Merican dancing back to Fauzan saying "11-4!". Might have burst a gut laughing then. So much fun, it reminded me of my last week in KY. THAT WAS HELLA HELLA GOOD, man. 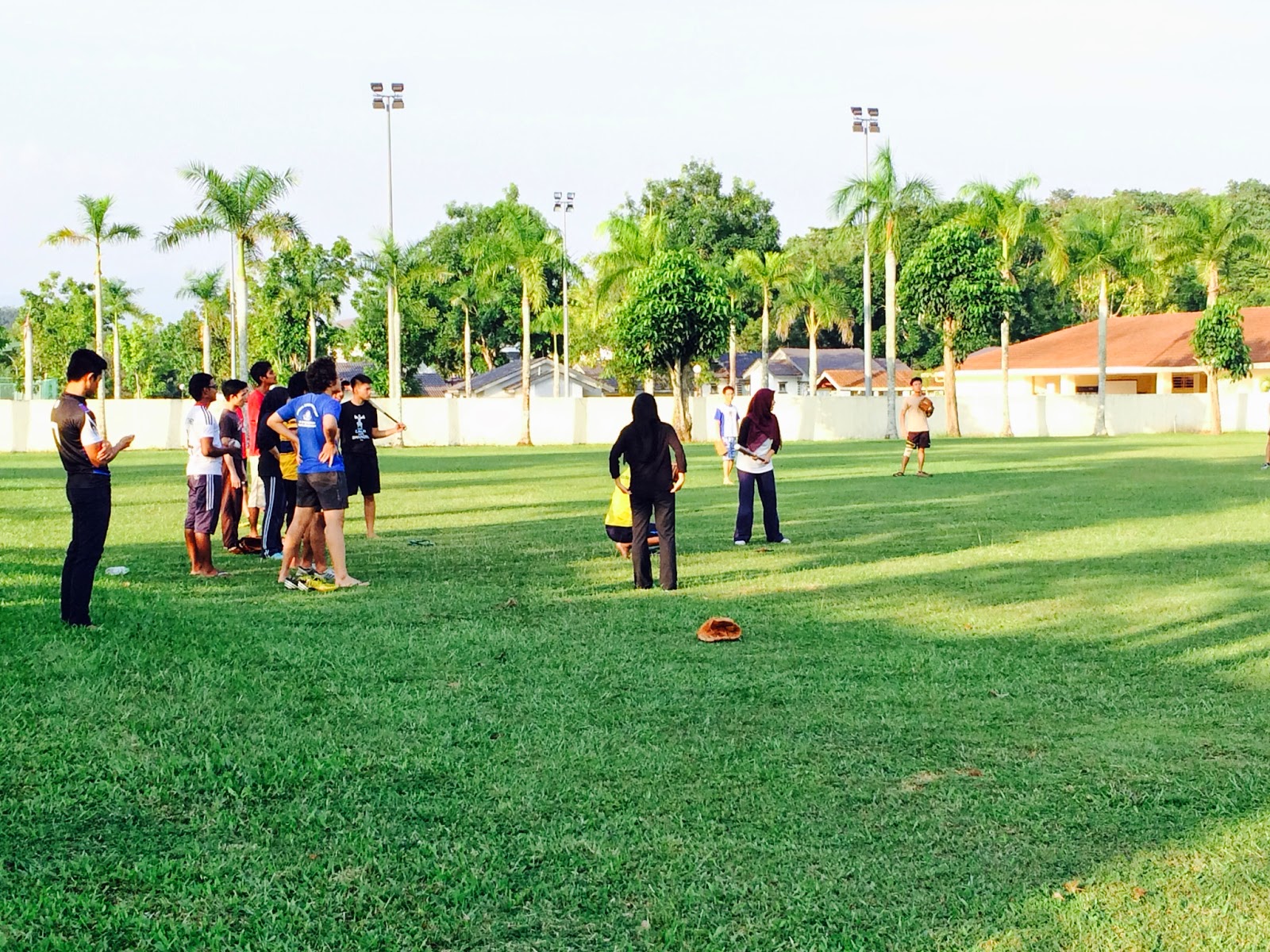 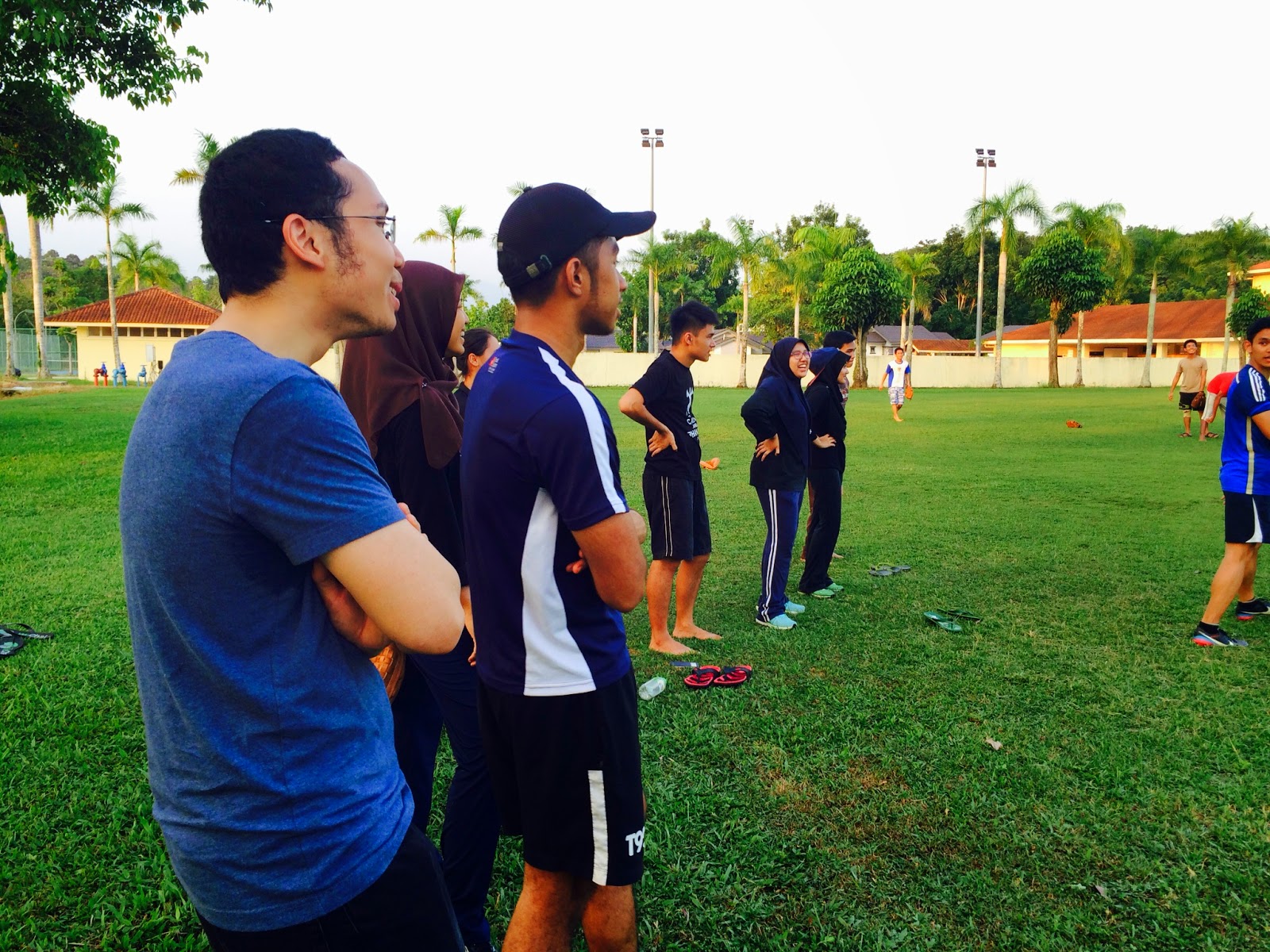 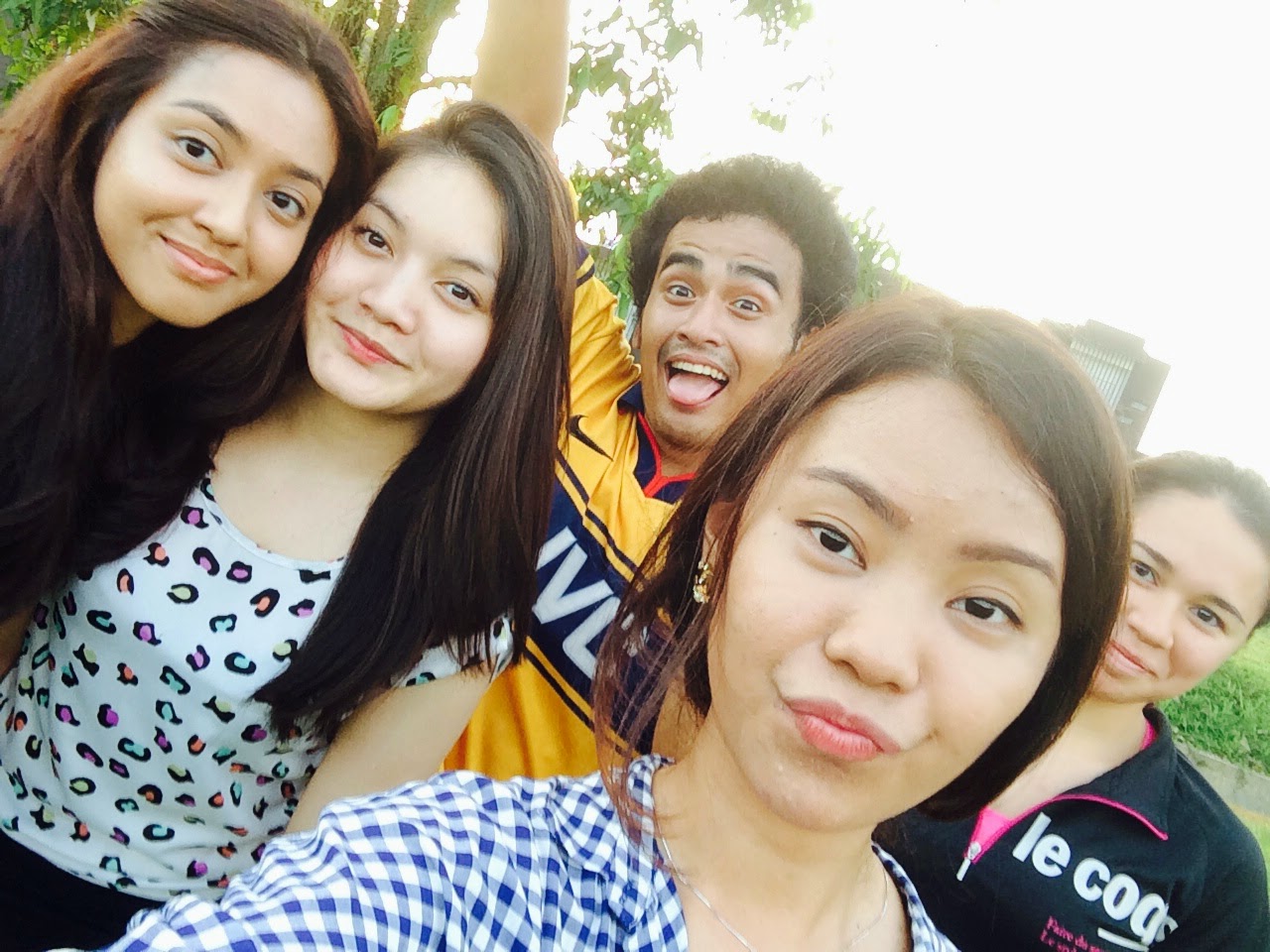 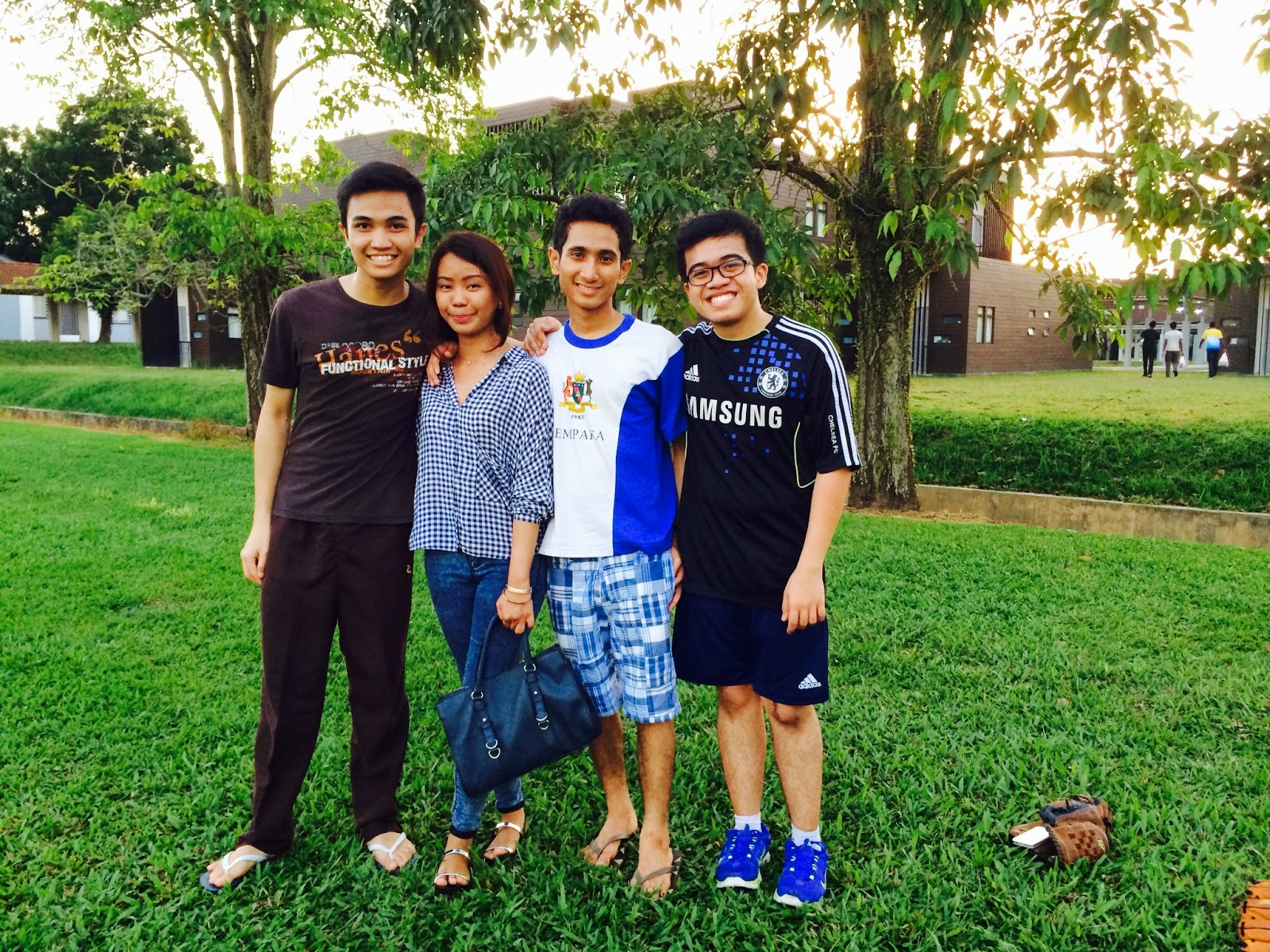 (hehehe my favourite Garnet juniors! Such sweethearts! I'm tellin' you, if you can't find chivalry, please make your way to KY, there's a whole lot of 'em there)

After softball ended, I followed Puchee back to her villa. Yes, people. It is now a villa! They've upgraded the place by a whole lot and it looks so fancy shmancy!! I'm so jealous but at the same time, I'm really glad I went through the whole chalet experience for the 2 years I was there. But still really jealous of the fancy villas.

Talked to Puchee and it felt like good ol' times when I would go to her chalet or when she would come to mine and we would mindlessly talk and talk and laugh and gossip and caught up with each other.
At 815, we left for the halls, I headed towards the dining hall where the Garnetrons were having their Senior Farewell dinner and Puchee headed towards her Sapphire people in the new block.

Kanda and I entered the dining hall and Bonda spotted us before we could spot her! Ahhhhh I missed her so much! She was very much like a mother in KY to me. Everytime there was something that bothered me, I would go to her in the Lecture Theater and just sit down and tell her everything. The best part about Bonda was she hardly ever told me to "Sabar...", instead she would also turut complain and whine with me. Sometimes, that can be really comforting and of course, fun.

Borak borak with the juniors before leaving and they only have a good 2-3 days left in KY and I feel so sad FOR them which is quite pathetic of me but really?? I'm so emotional when it comes to KY lolz 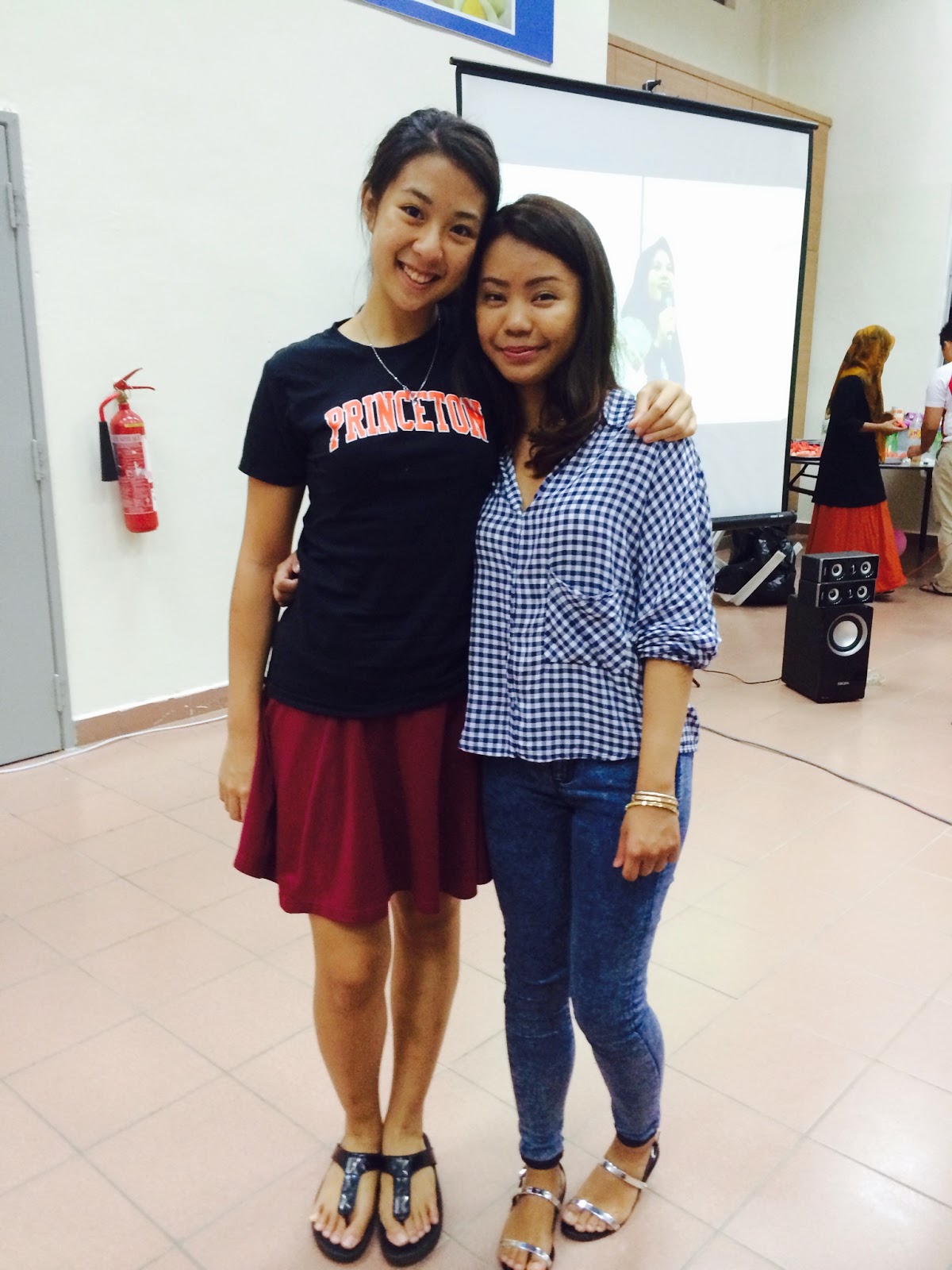 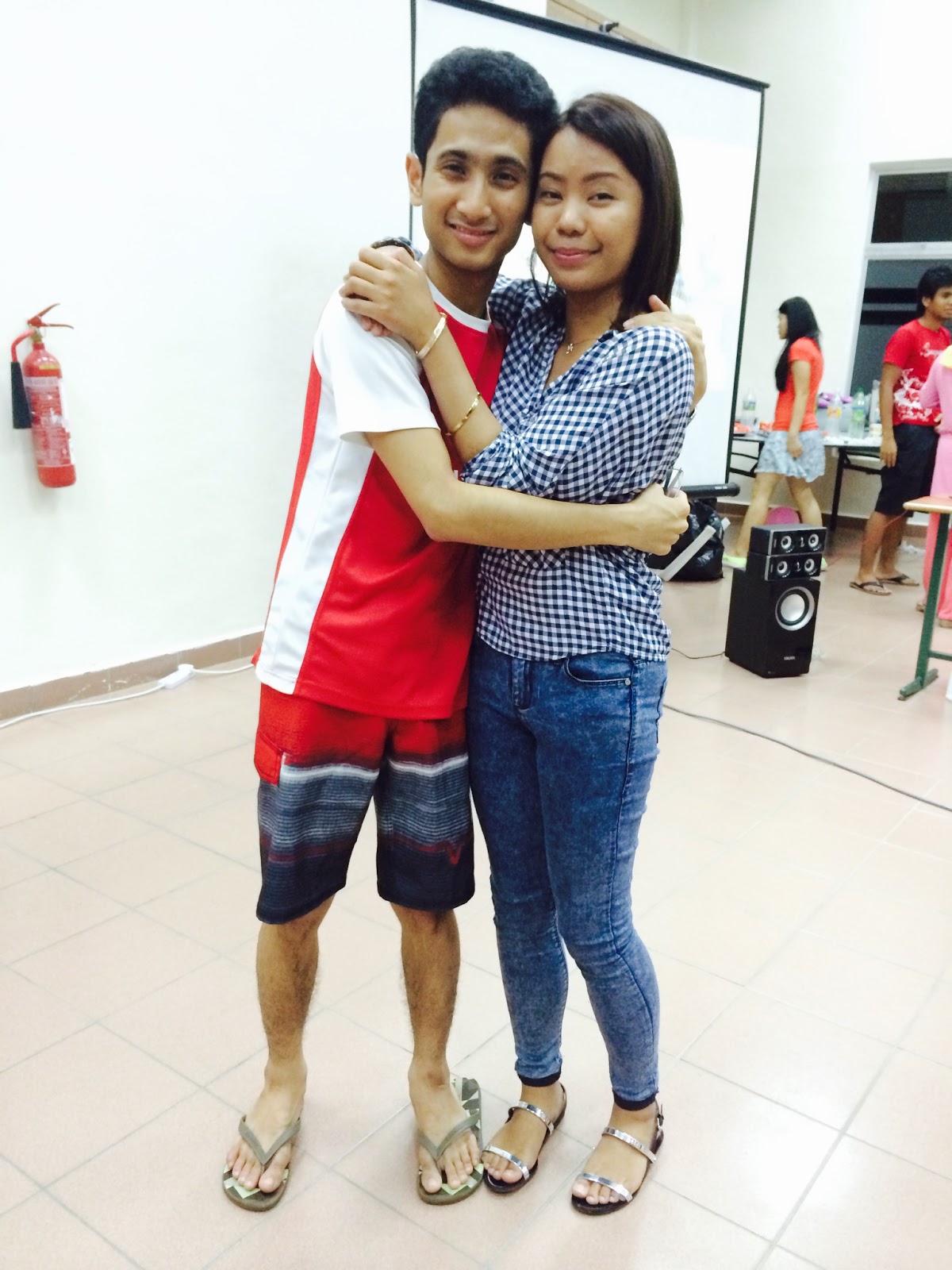 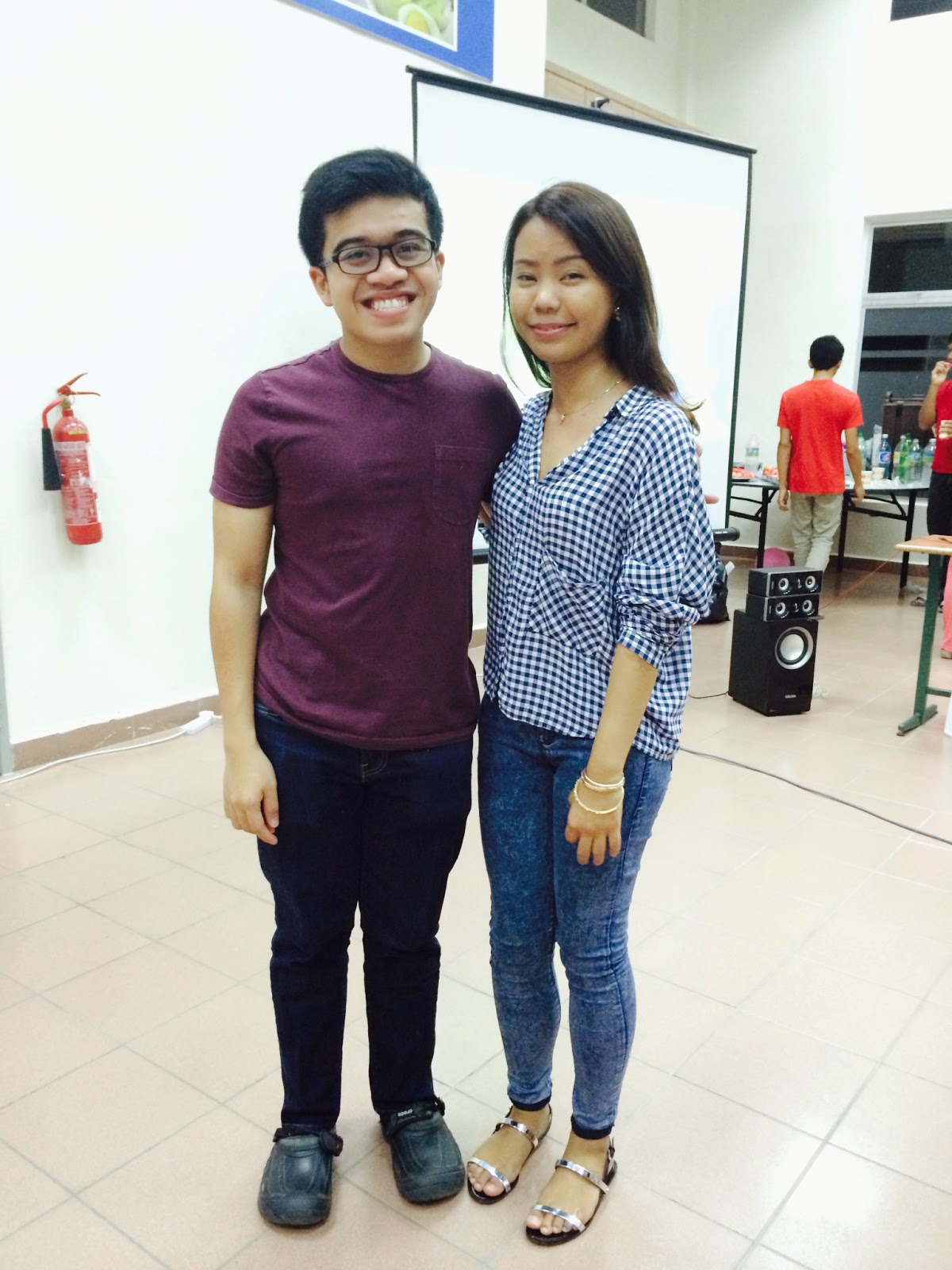 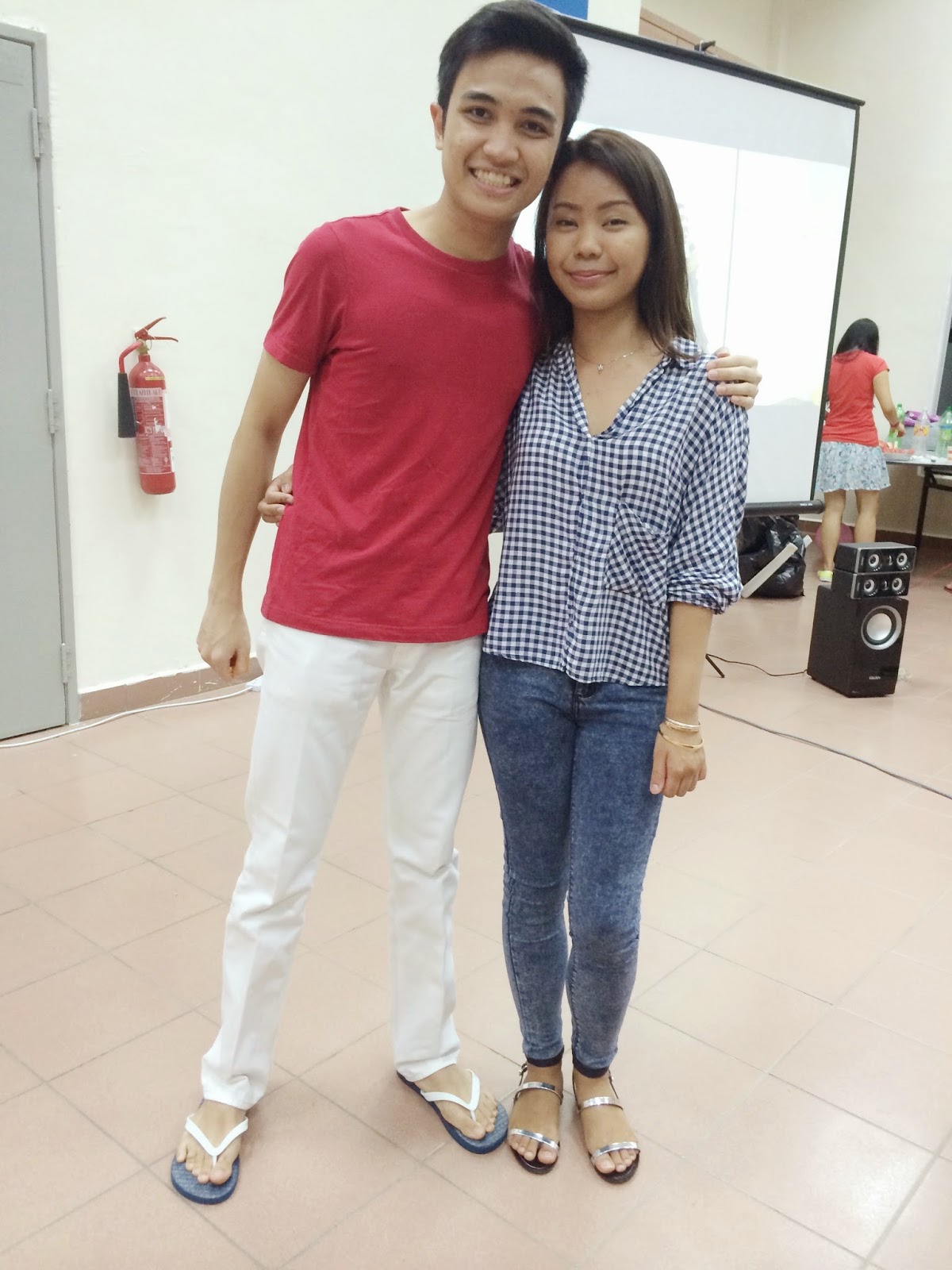 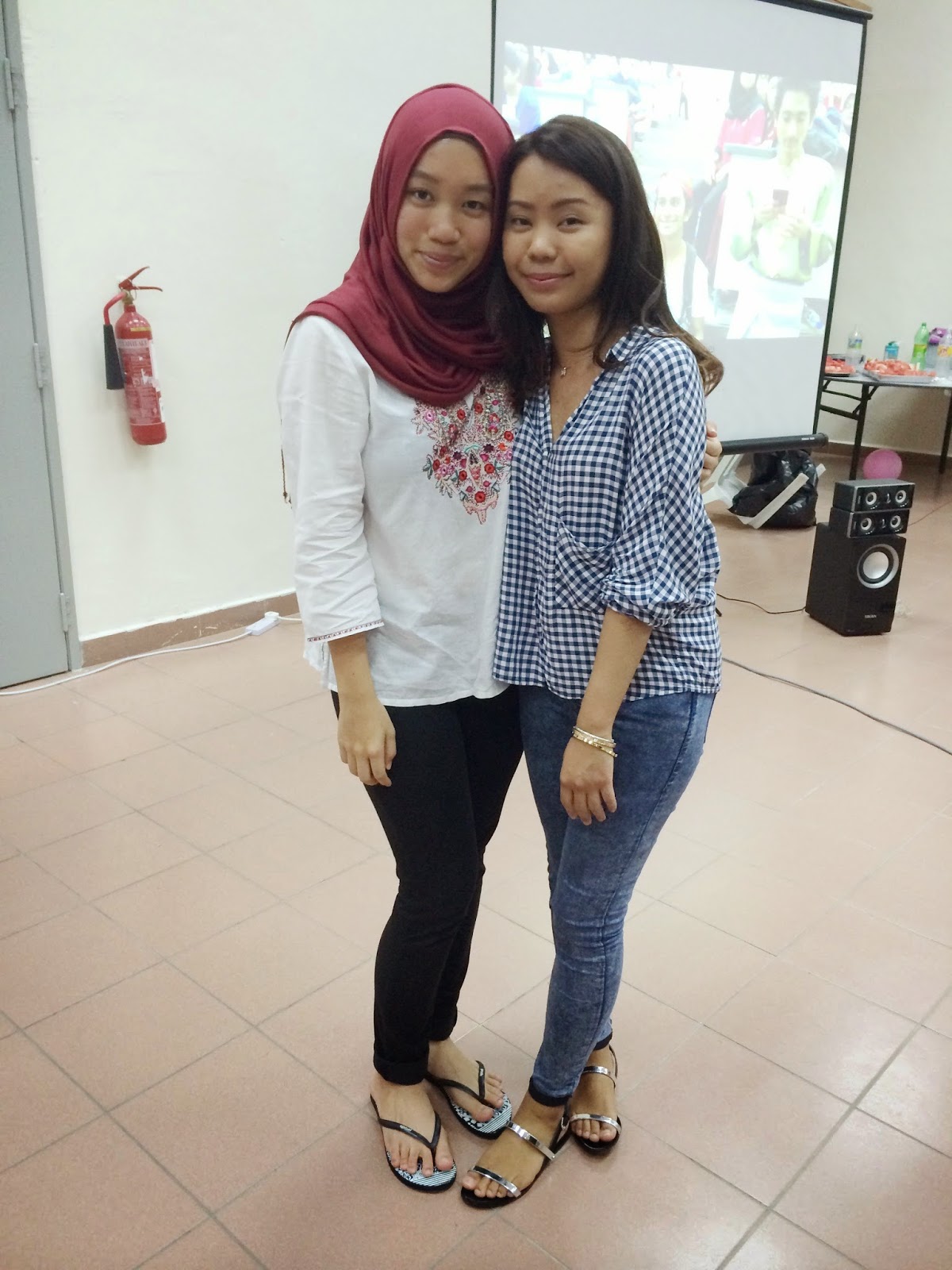 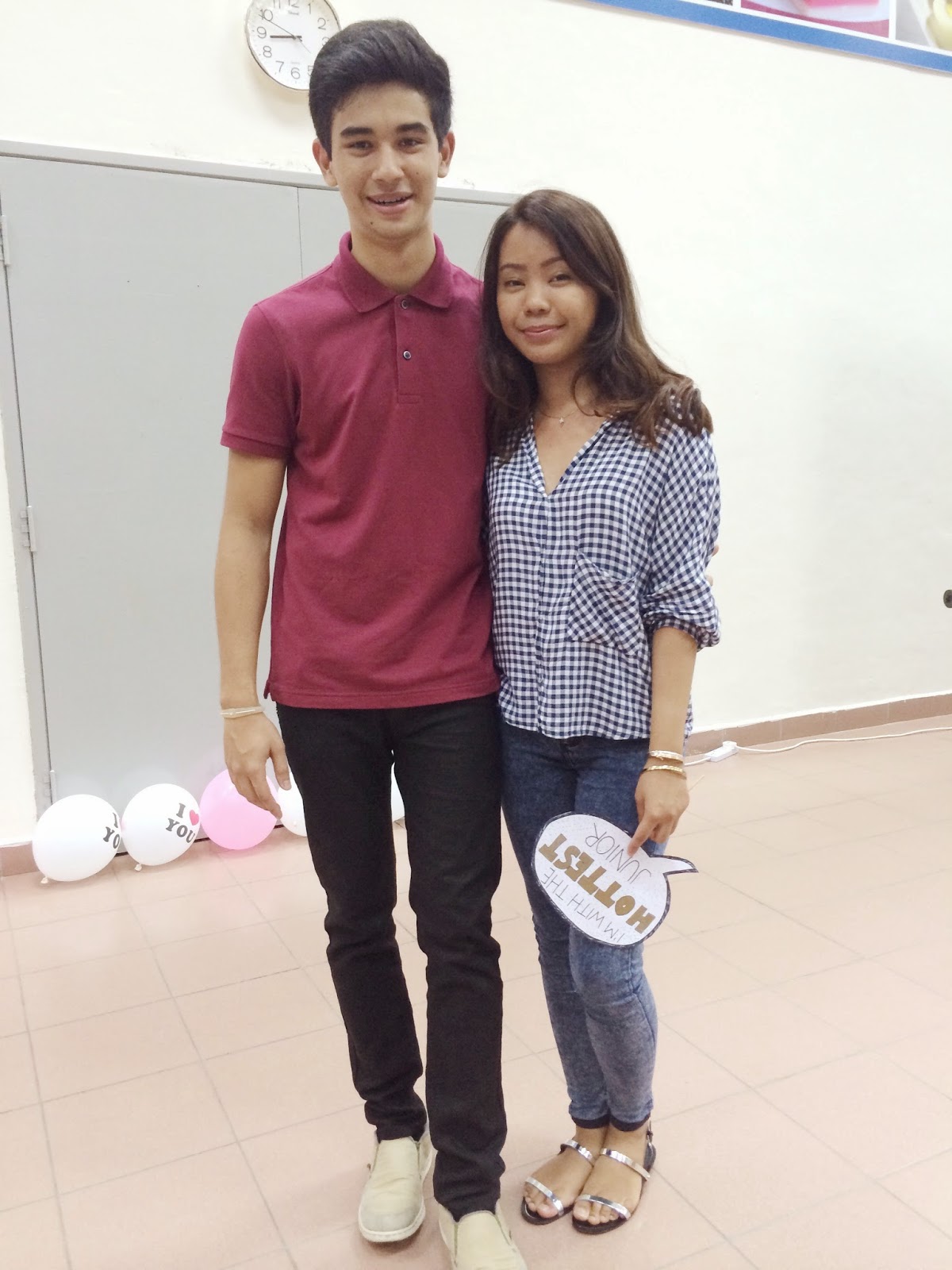 WITH THE NEW HOUSECAPTAIN, Sharul! Small world that he's a distant relative of mine!! 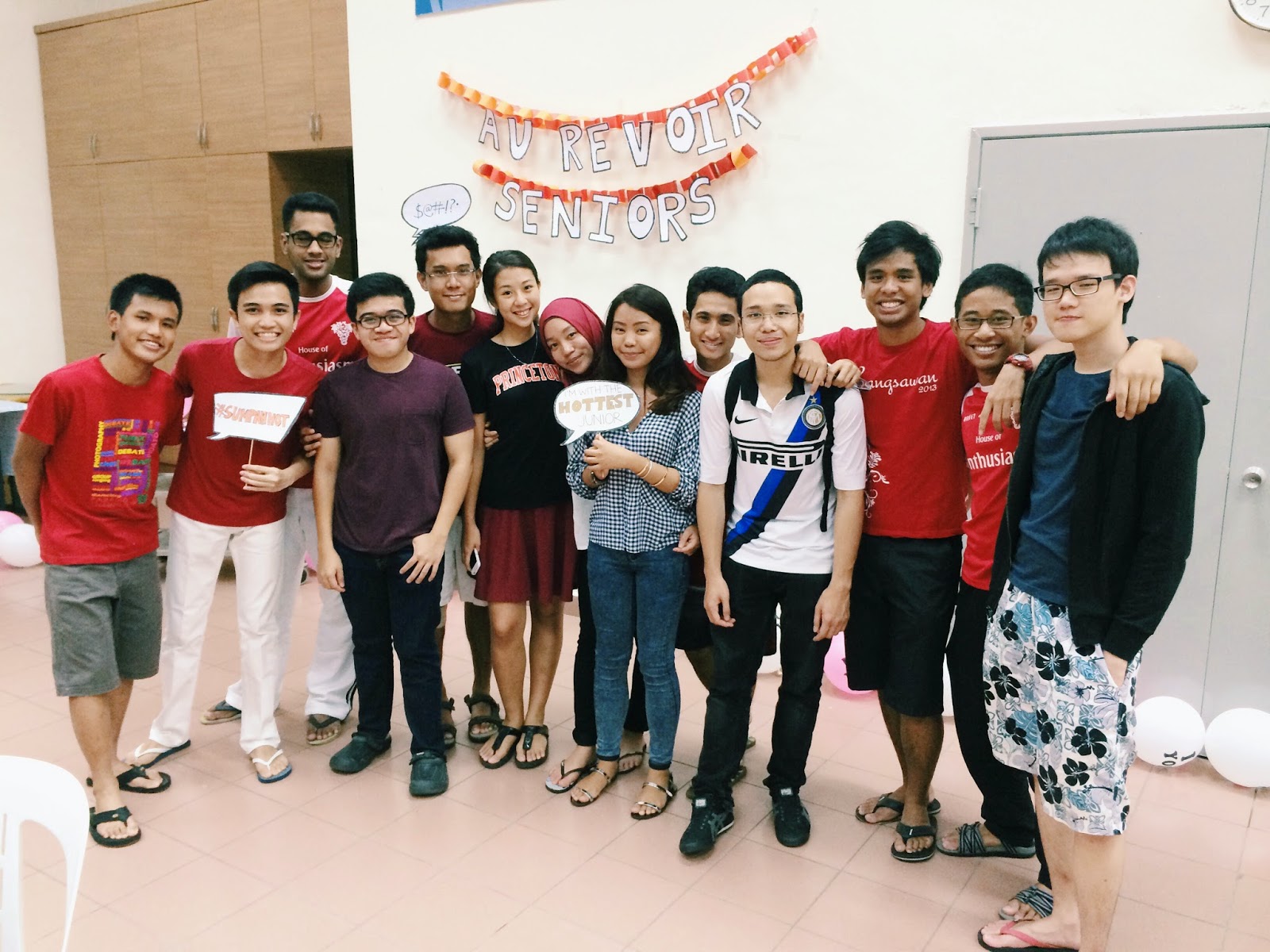 We soon left for Garden Seafood.

Amazing. Worth the trip.

It's in Tanjung Malim and it's every KY students saving grace. Whenever we've given up with KY's dining hall food or if there's reason to celebrate or to spend a bit more money, we'd get a cab and go to garden seafood. 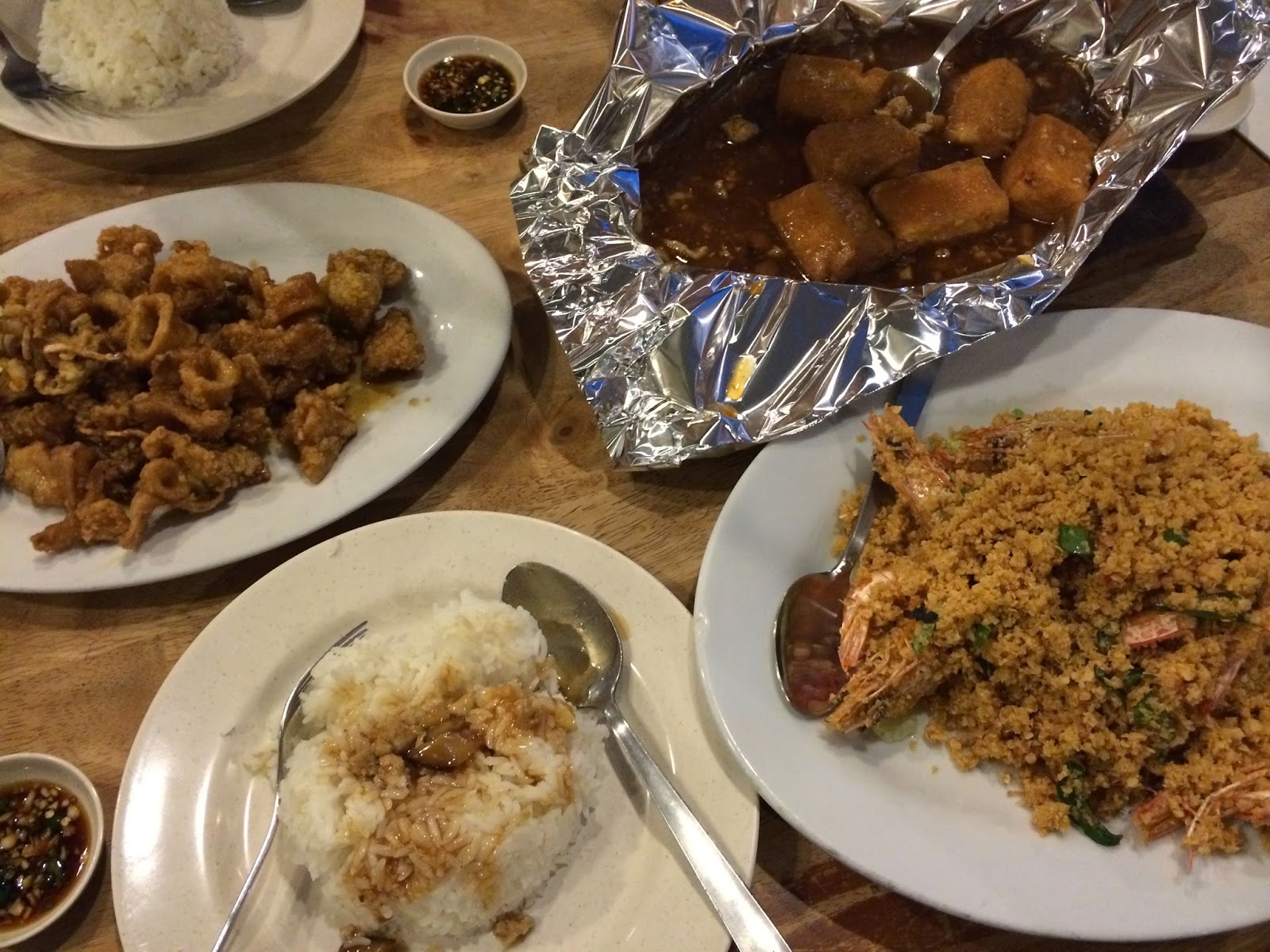 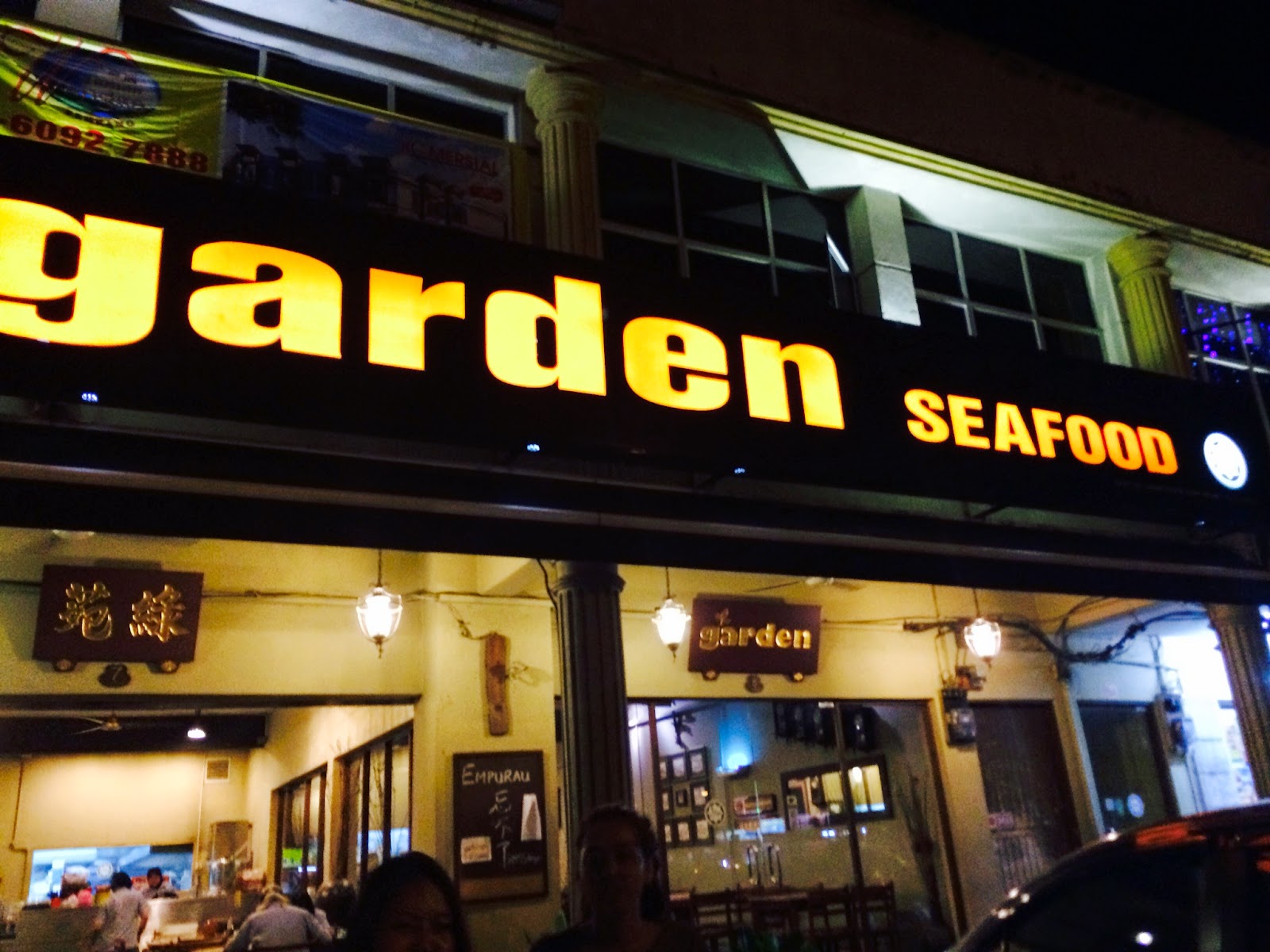