Four Cities and A Concert

I always INTEND to blog but never really coming about to actually do it.
And this is alllll because

i) Internet problems
ii) After a whole day out, I'm pretty much just crawling when I come home. So tiring!!! Ever since my family came, I've been out every single day which is a huge stark contrast to what I usually am used to - an outing once a week if I'm feeling up for it. I can go days just lazing around at home so coming to London has been tiring! The past week, we went to Manchester, Lake District and then to Liverpool and making a pit stop to Stoke on Trent to visit Zaim's uni (which was btw so much nicer than mine!!!!)

InsyaAllah, I'll be kissing the grounds of Malaysia (just kidding, that shit ain't hygenic) in just a few days!! So excited and so happy to be heading home. Obviously, I am very very happy to be studying in the UK and I've prayed for this for as long as I've remembered so I'm very grateful for every minute I'm here. But I mean, home is where the heart is. I love Malaysia despite everything it has/is gone/going through. It's still the place I grew up with and I can't wait to be back home where everything is so familiar. Won't be too happy about the heat for the first few days but hey, at least sun sets AT AN APPROPRIATE TIME!!!

So ok, let me just fill you on on what has happened since I last wrote :

Ok, critics please. This girl can sing her little tiny body off. She is amazing live, just as I thought she'd be. SUCH an amazing singer and everytime she sang a high note or did an impressive run, Tania and I would just be in absolute awe because WE COULDN'T BELIEVE WE'RE WATCHING HER LIVE. I, obviously, was jivin' and singin' through every lyrics and every note of almost all of her songs. She's the one of the only singers whose album I've bought on iTunes (others being Beyoncé and JT) because her last album was ace throughout, mate.

My favourite was when she sang My Everything and Be My Baby because those were my 2 favourite songs off her album. But every song lah I was just so into! SO brilliant.

Don't have any decent photos of the concert because Tania and I sat pretty far so I just kinda gave up on taking pictures and enjoyed her singing and screaming til my throat burned!!! 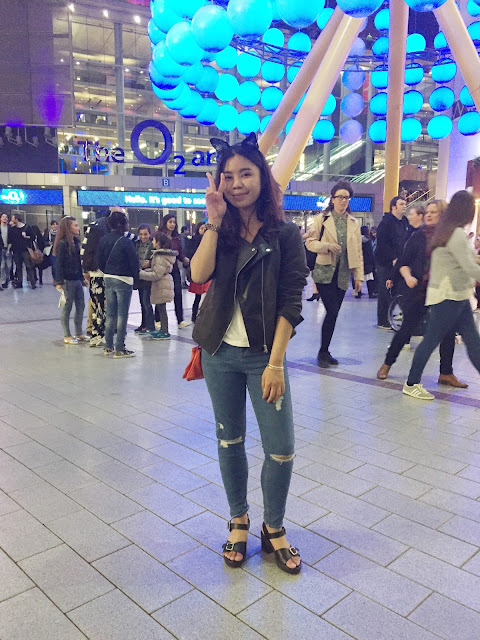 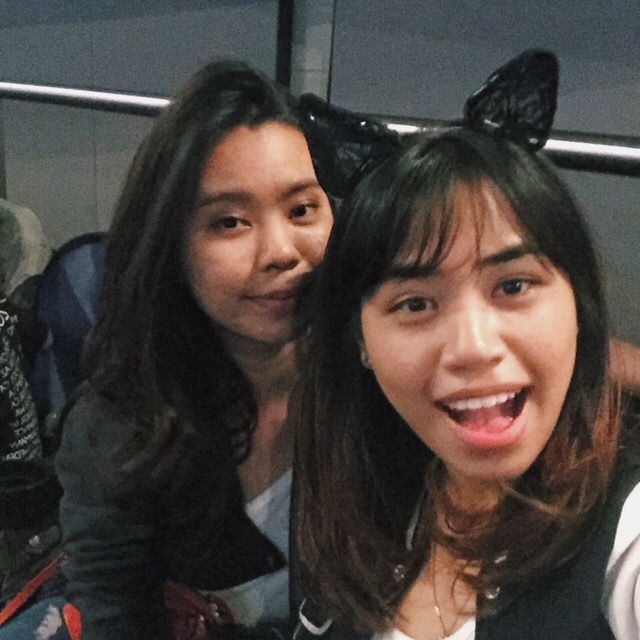 So it was a pretty last minute trip (like... confirming-our-accommodation-in-the-car-en-route-to-Manchester-kinda-last-minute) but everything went smoothly alhamdulillah. We settled in this place very nearby the city and it was a cute little place Tania found on airbnb (perhaps the best website for accommodation ever. Hotels whuuuuut?).

Stayed there for 2 nights but we arrived quite late in the evening so we just went to Al-Jazeera for dinner, of course. How can you not go to Al-Jazeera when in Manchester?!?!?!

The men had an early start to their day as they went to play golf i don't even know where. So it was just Mum, Iman, Tania and I and we just walked to the city and just went around. I've been to Manchester a few times now so I was somewhat familiar with the city. I love Manchester, I've said that before and I'll say it again! Such a lively city. 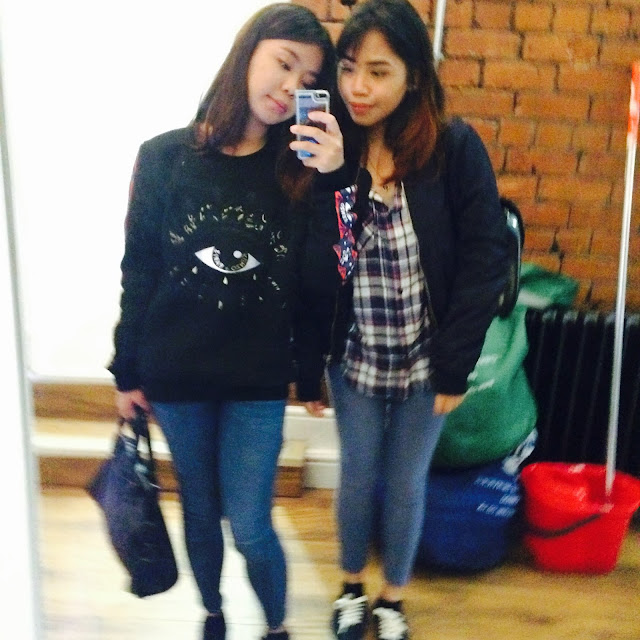 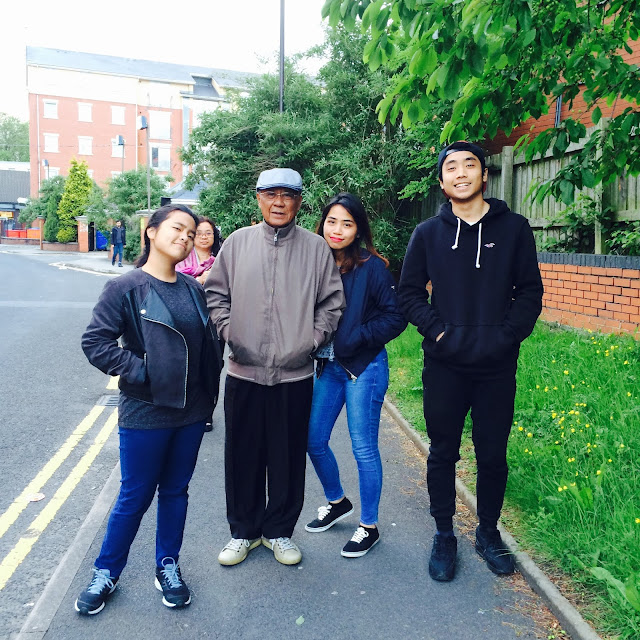 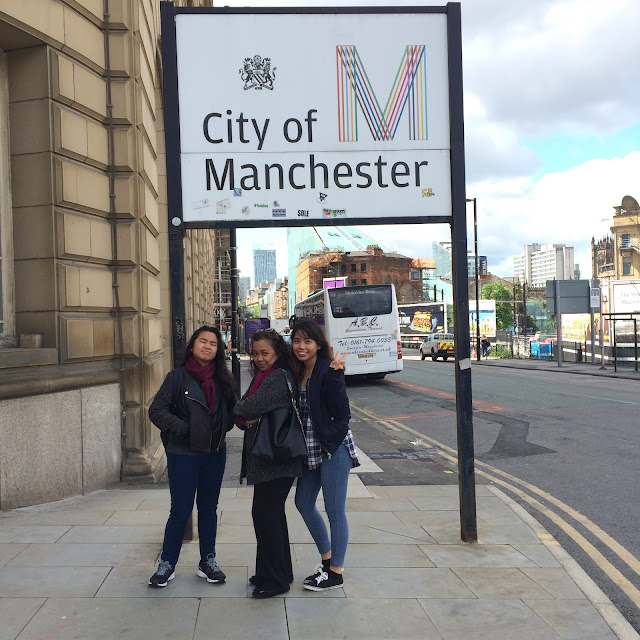 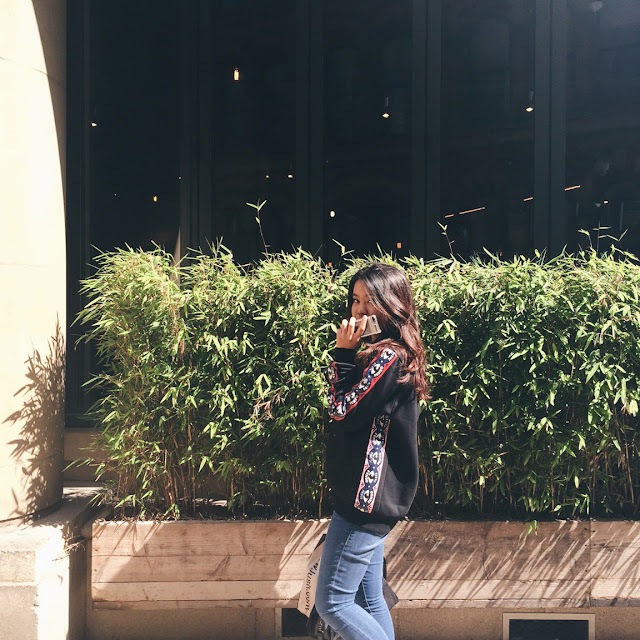 Um pretty damn beautiful?!?!?!?! I was feeling a bit nauseous after being in the back seat for several hours throughout the car ride to Lake District so I wasn't feeling up for the boat ride to Bowness but figured I should since I was already there, right. SO glad I did because it was SUCH a beautiful day and it'd be a waste to not have gone and seen Bowness. So so so so so lovely. It was so sunny and probably the best day to have gone to Lake District. Beautiful! Can't imagine going during winter though so I'm glad I held the trip off 'til my family came. 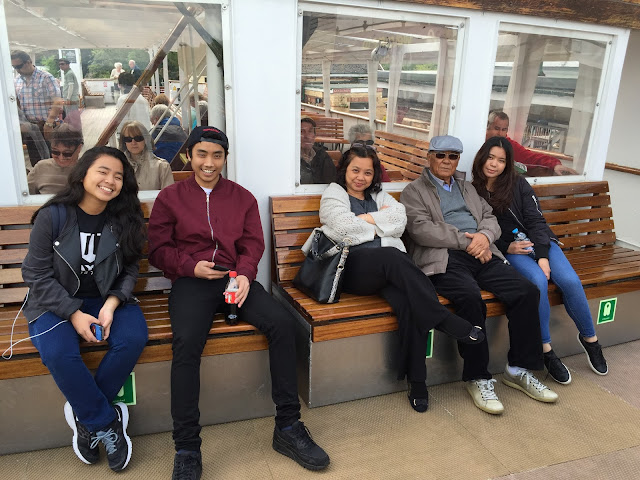 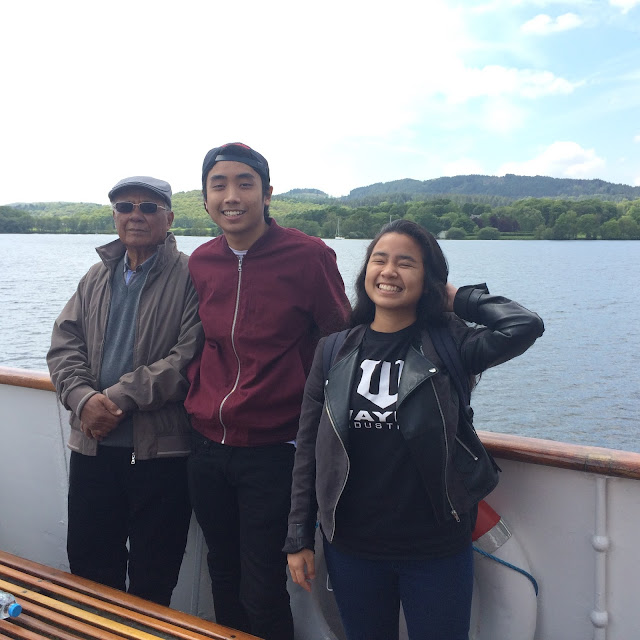 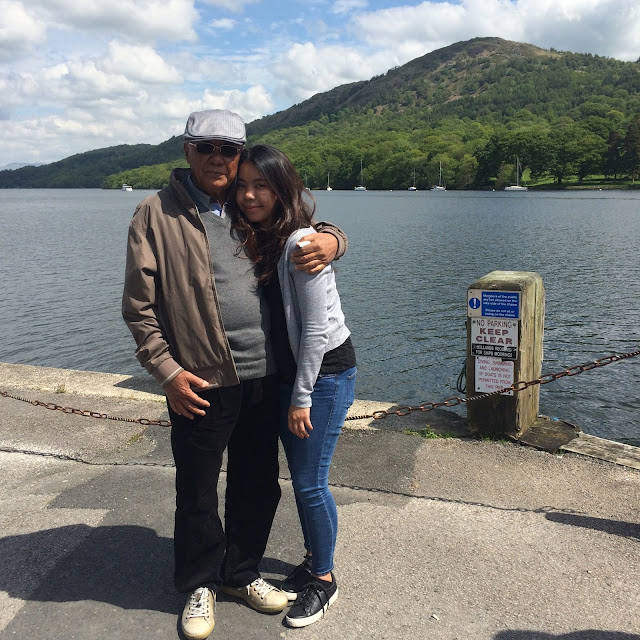 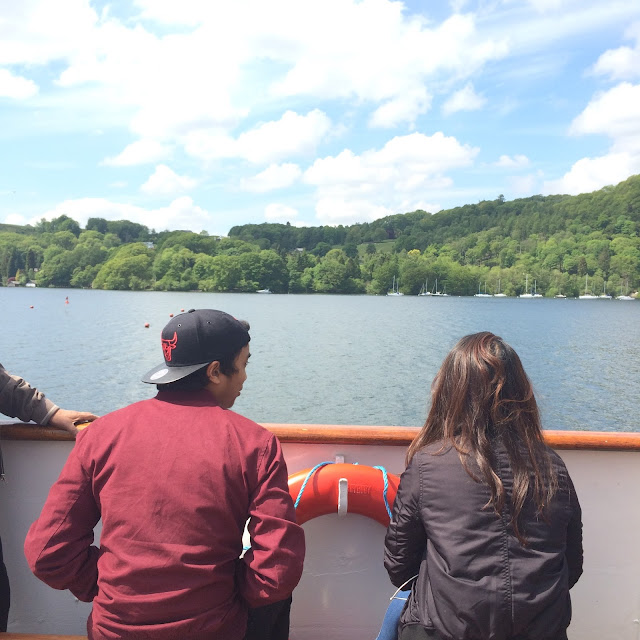 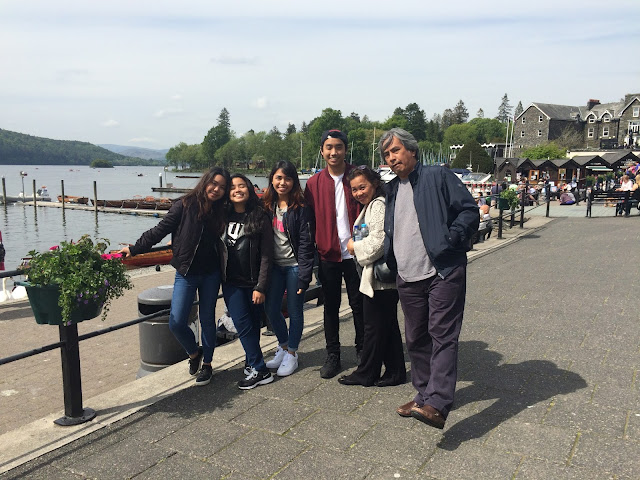 After spending a good portion of the day in Lake District, we proceeded our journey to Liverpool where we stayed the night. Zaim booked the accommodation this time and I was very impressed with the place. It looked dodgy from the outside and the reception was in a completely different place.

But the place we stayed in was SO beaut! It was a two floor situation and it was just very big and spacious. Kinda wished we stayed there longer! To be honest, I was quite reluctant to go and stay in Liverpool but the city took me by surprise! So pretty! The shopping center was SO besar and spacious and very very cool. And of course, the docks were also very beautiful! We had our lunch by Albert Dock at this cool circus themed restaurant and the food was also really good!! I don't know lah, Liverpool was just very very pretty and took me by surprise. Would love to go there again to see more of it. 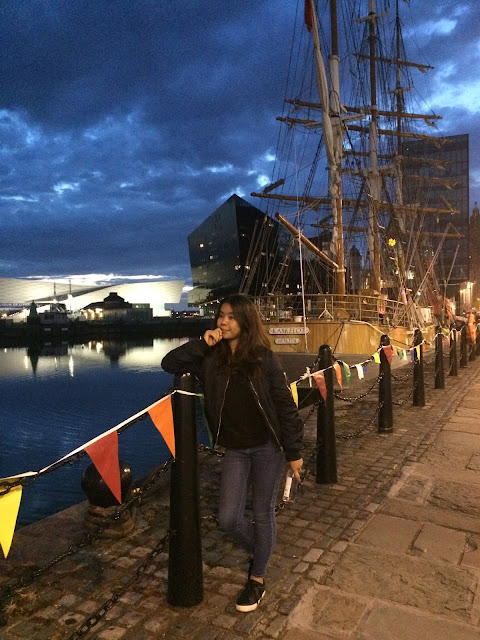 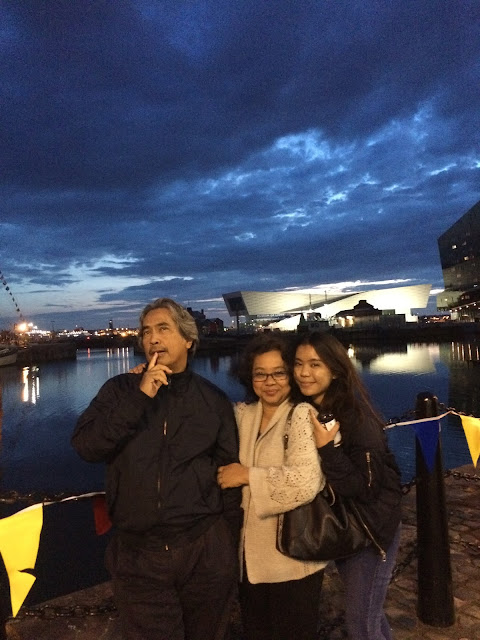 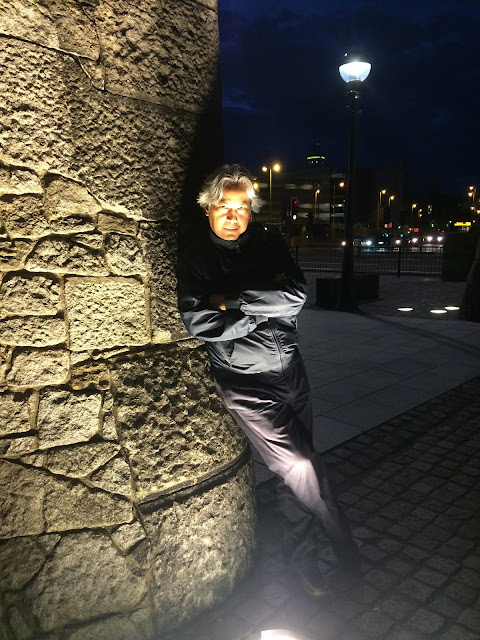 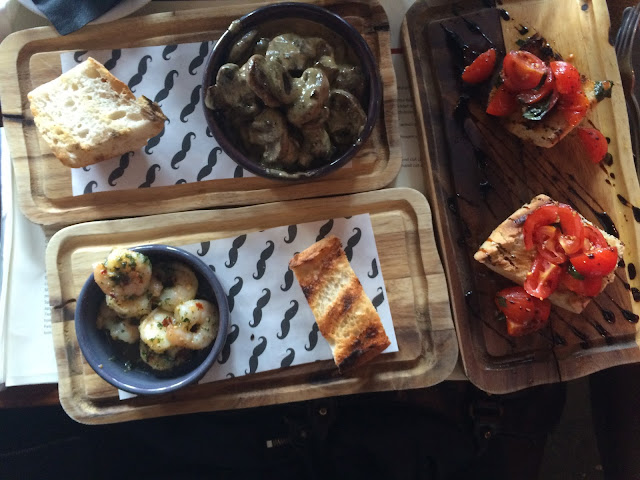 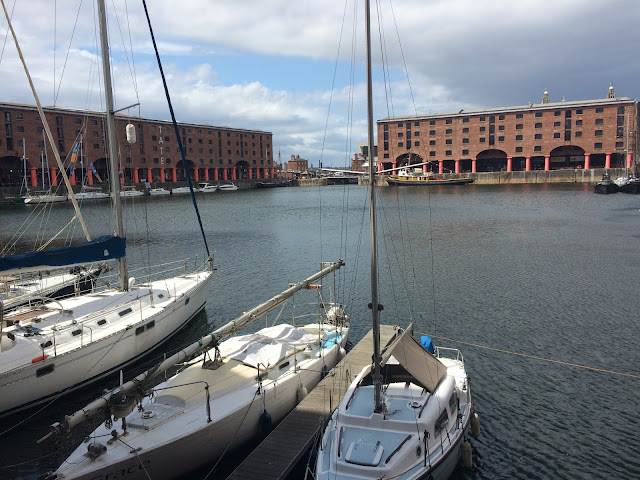 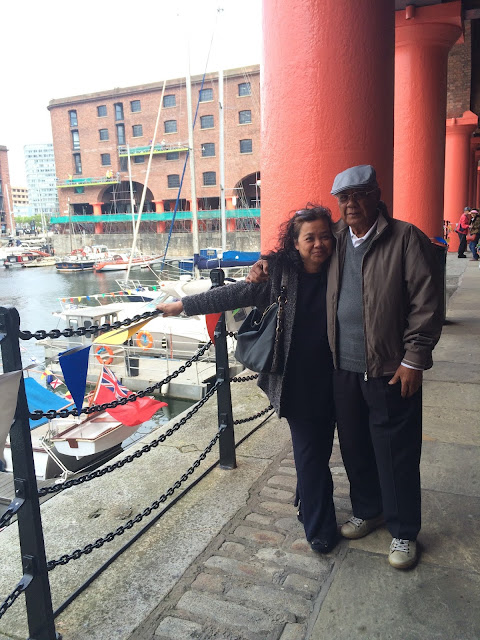 Went to drop off Zaim because he went to go pack up his things to move out of his current accommodation. We were only there for a little while before we continued our journey to London. Zaim brought us to Keele Hall and masyaAllah so beautiful!! So jealous his university is so much prettier than mine. Mine is a little more modern than his but with that, also less picturesque haha

That was pretty much my whole week summed up in a post. Tiring from all the traveling but I loved every bit of it (maybe not so much the whole sitting in the back seat throughout the whole trip!) because I got to see a little bit more of the UK and it was spent with my lovely family. No shortages of laughing. 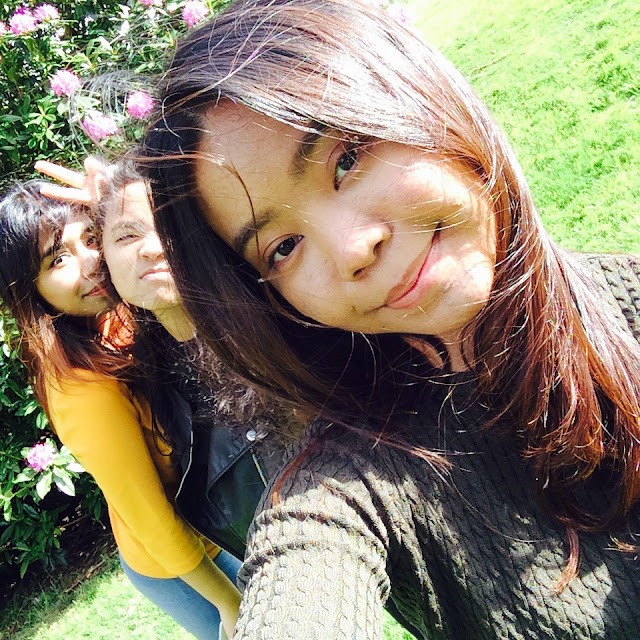 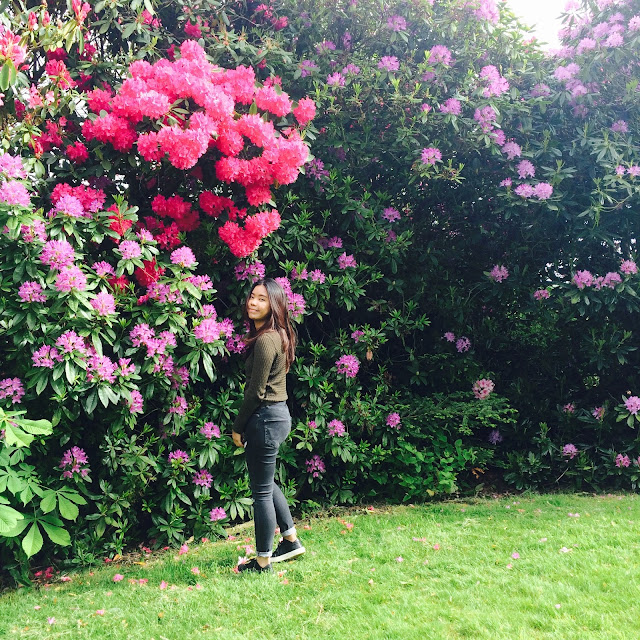 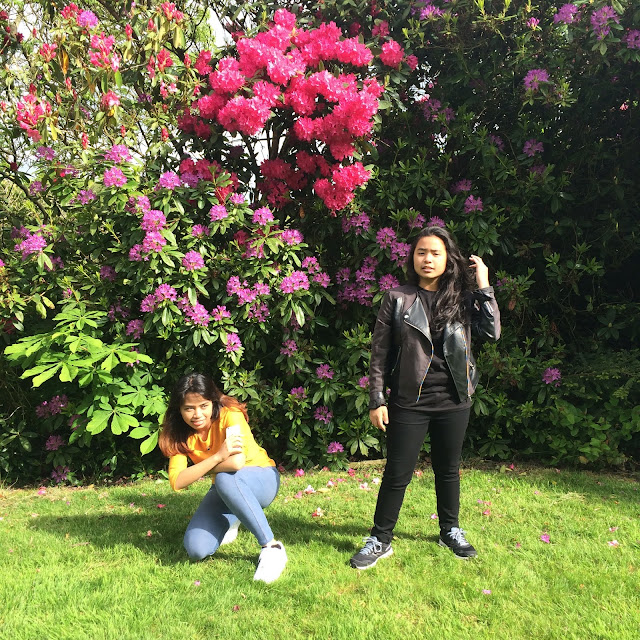 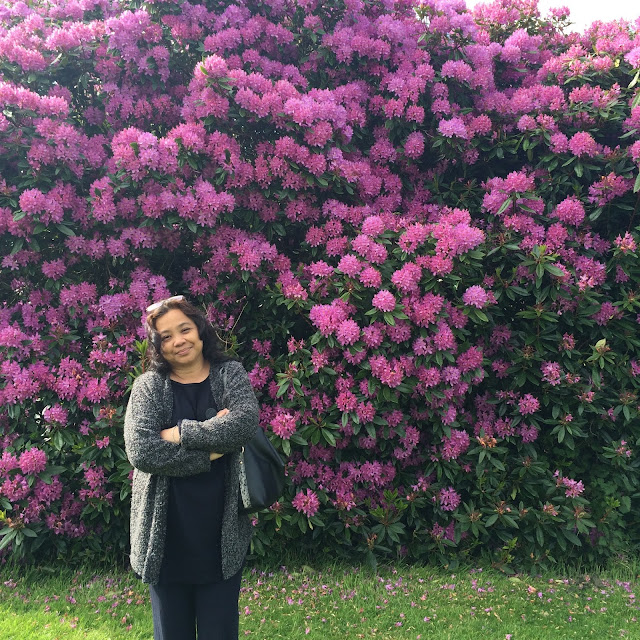 It was a really really good trip with my family and I loved every bit of it!

Written (technically typed) by Nadia Zainudin at 8:16 AM