Warning : This whole post is about me talking about why I can't stop crying over a Korean reality show and how it's made me believe in love again.

So if you've not already exited my blog from reading the warning above, I would assume you are a fan of Korean reality shows/variety shows/music/drama/everything. And if you are still reading and not a Korean fan, then thanks, I appreciate it.

So background before I dive in.

The show I've been watching is called We Got Married. As the title would have it, it's about marriage.
It's a show where about 3/4 couple (at any point of time) are "married". And when I say "married", they're not really legally wed. They're just playing pretend husband and wife. They're both celebrities of some kind; singers, actors and actresses, comedians, etc. So they meet for the first time and it can be really awkward to watch because they're both very awkward themselves and it's basically a blind date; only that they're both considered already "married".

I've watched several episodes before but of different couples. The couple that I've just finished watching is Lee Taemin and Son Na Eun. Taemin is a member of the boy group SHINee and Na Eun is from the girl group APink. So they meet for the first time and are very awkward and very new. They're both young which makes it even awkward because they're meeting and are acquainted for the first time and in front of cameras. It can be quite cringy at times.

So why do I say this show has made me believe in love again (and has gotten me ridiculously emotional) ?

Because, I just realised. This show is the first time I've seen a boy and a girl meet for the first time, get acquainted with each other, slowly be comfortable with each other and doing things together only to find themselves falling in love. Look, you can tell me it's scripted or it's fake or it's all TV, but when you watch an episode or two of this couple, you would definitely definitely doubt that. They must be Oscar winning actors to pull off this all just for a "reality show". It's not the same when your friends get in a relationship because most of the time, you're only seeing 10% of what really goes on. And it's different with fictional drama/movie because well... it's fictional. This show is just very different. And in a good way.

I'm getting way too emotional but really.

I found it extremely heart-warming to see this couple grow from being mere acquaintances working in the same industry to being each other's first loves. Granted, it's only a 20 minute show but man, the way Taemin looks at Naeun is the way you want to be looked at by your partner. The way he treats her, is the way you want to be treated. The way he takes care of her is the way you would want to be taken care of. It feels and looks very very genuine and for anyone suspicious of their relationship, after watching the show, they will find it very difficult to say otherwise. For me, it's the first time I've seen the love between 2 people really really blossom and see how they feel for each other. It was incredibly touching and moving to see that. During the show, there'll also be personal interviews and man, the love and care they have for each other is just really touching and incredibly moving.

It was something about this show that has completely changed the game for me. Like, now, I look at couples and I just feel very mushy and happy for them because if it was anything like how Taemin and Naeun felt like and how they looked at each other, then it must really feel beautiful to be in love. 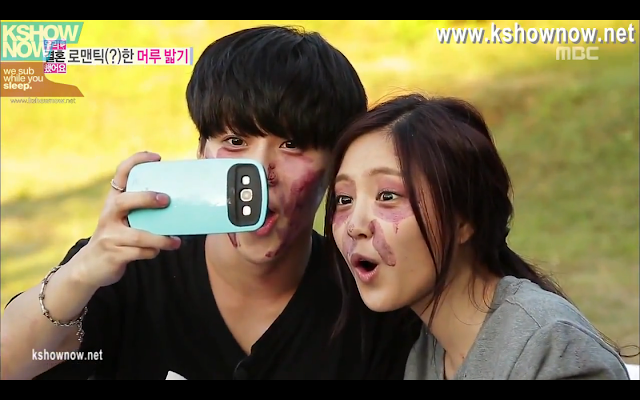 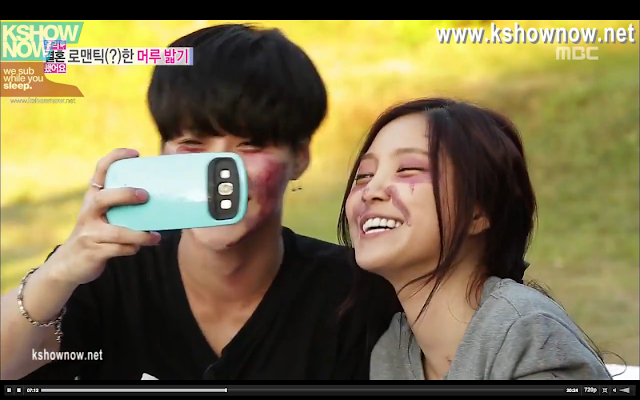