I slept late and woke up real early (according to me) for today's outing to District 21.

For those who don't know what District 21 is, it's basically an indoor extreme park in IOI City Mall. A friend of mine posted a photo of it on Instagram and I just had to find out what it was really because it looked so cool!!

So my friends and I organised a trip there. Fairly easy, you don't have to do any kind of reservations and bookings of sorts (like how you probably would for Jumpstreet). Seeing how we went on a Monday, there wasn't that big of a crowd which we appreciated because we didn't have to wait in line for most of the things there. We started on the trampolines but after """warming up""" (read : panting), we went on the Tubby Ride which is basically when you get into a tube and you're pushed down a big slide. That was fun but we only went on it once. We then went for the Sky Trail.

This is where I questioned myself out loud, "WHY AM I DOING THIS!!!!!!"

It's essentially a rope course only high up in the air and made out of various levels of difficulty. My arms and legs started to lose out ON THE FIRST LEVEL. I had to steady myself before going on. You really have to be mentally strong also to go on this.

I had my phone kept in the safe and so did all of my friends so we didn't and couldn't take photos of the trail from above. There were shortcuts so I took the shortcut because I was just too out of it to continue the journey.

It was so susah for me personally because it requires a lot of strength and balancing and telling yourself to chill the f*ck out and don't panic. And the fear of falling was very prominent throughout the whole course. I wanted to kiss the ground when I finally went down. Very scary lah actually now that I think about it!! I don't know, I'm not particularly afraid of heights but I can't lie I was a bit shaken when I got down. Hahahaha I am so drama lah but really, my hands were trembling when I finished the course!

After that, we took the option of free falling. Yes. Free falling. Albeit a short distance, it was still free falling. Damn, that was no joke!!!!! I've always wanted to bungee jump and all that (because deep deep deep inside hidden somewhere way too deep for me and you, I am very ambitious and adventurous) (continue laughing elsewhere please not on this blog don't be RUDE!!!) but man, this was like a bungee jump taster and DAMN man.

Anyway, so we moved on to the rock climbing area. That. Was. Difficult. Even the boys found it difficult, okay! By then, my arms were already so so so so so so lenguh I COULDN'T HOLD ON PROPERLY to anything.

So I skipped out on this one other ride... a ride that I don't even know how to describe so I shan't.

I'll end the post here because I am ridiculously so tired. Waking up so early and then exhausting myself doing this!!! Fun nevertheless but what a damn workout. And I did the least!!!!! That's a given since I'm the least athletic person in any group of people you give me lah to be perfectly honest. 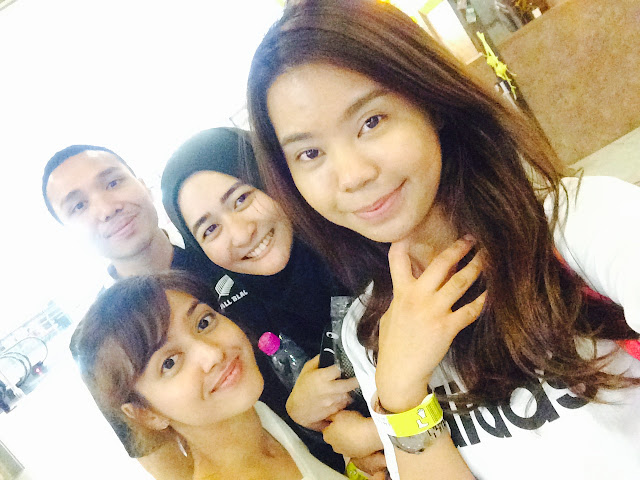 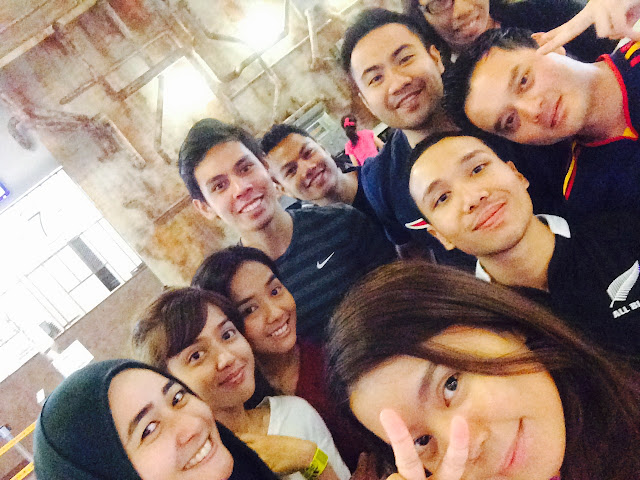 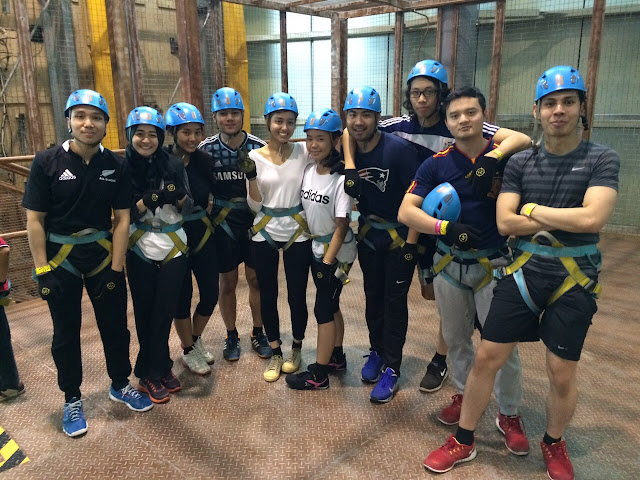 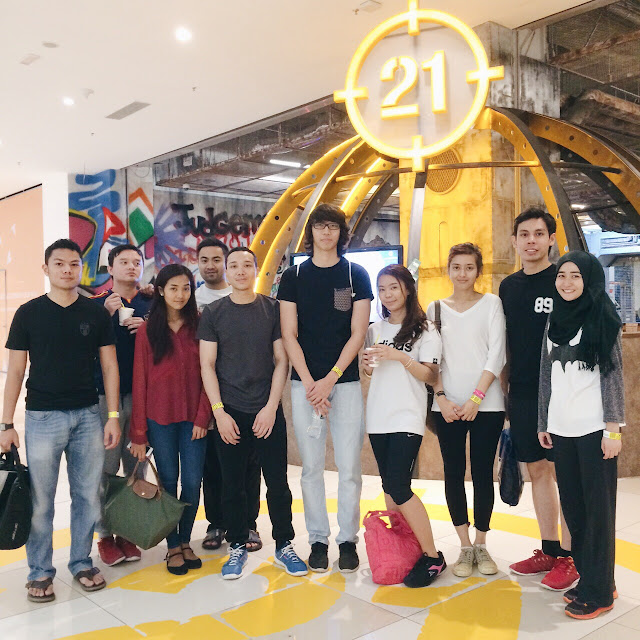 Fun times with my mates > any pain.