Already in the second last month of 2015. Let that just sink in, everyone.

We've come to that time of year when I eat dinner by 5pm only to get hungry 4 hours later. Also, guess what guys! I'm doing a No-Rice November. I don't know why, I just thought I'd try it out for fun. I went a month without shopping once, without chocolate once, without Coke once so thought I'd try challenge myself to not eat rice. And it's also because lately I feel so lazy and so unproductive and so sleepy all the time. Might or might not be the amount of rice I eat in a day so I'm trying to see how far this goes hahah. I might succumb 2 weeks in but we'll see!

Time for my monthly favourites!

Nowadays, I'm very lazy with make-up. I only have foundation on these days. Sometimes I even skip concealer (which I look at as a brilliant thing - my skin isn't as bad as it used to be that I am now able to have the option of skipping concealer!). I don't even bother with mascara anymore. I used to. But then I just got lazy because they can be tough to remove. I've never really bothered getting into the hype of blushers and bronzers because they've proven to be a bit too much for my skin so I just completely forego it. I have to, however, keep my brows in tact. I haven't gone for threading in ages only because it's such a hassle to go the place I usually go here and I hate getting on the bus and be in public with really red skin (from all the threading, it becomes an awful shade of red around the brow area, it looks quite embarrassing! In KL, I usually just quickly get into my car and drive home!). So I just pluck. But I think one of these days, I have to make a point to drag myself out of this comfy bed I call my solace and into the Indian shop I call torture. Every single time I'm in the midst of threading, I just curse myself for doing it in the first place. But yeah ok moving on how did my threading problem become half of this paragraph anyway.

The only thing I do bother doing is getting my lips primed and prepped. I have a special lip balm from the skin specialist I go to in KL and it beats all the Vaseline's out there! It's amazing and I have tons of it left - it'll probably last me a good whole year. So before I get into doing my face make-up, I swipe a bit of the lip balm over my sad, chapped lips and by the time I've done my foundation and brows, the lip balm would've been absorbed fully. And then, it's on to the lips!

My current lipstick situation is very simple. I am really into the whole gradient lip trend. So what I do is I take a bright pink lipstick and just lightly dab it on the inner part of my lip instead of just swiping it all over. And then I just pat, pat and spread it but only slightly because I like the whole look of the colour to be concentrated on the inner part only. It looks really natural and effortless like you just had sirap limau. Which is my favourite drink of all time.

For this, I alternate between 3CE's lipstick and Topshop's newest lip ombre collection. It's a really cool thing, on one side you have the less extreme colours and then you open the other side and you get the brighter colours (the second picture). You're meant to use both I think to create the gradient lip look but I mostly use the colours in the first photo. I tried  the blinding bright pink in the second photo and it works just as well! It's perfect for what I want. I wouldn't wear a lipstick in these colour ever ever on the whole lip but it works so well if you just dab it on the inner part of your lips and all you have to do it just smack your lips once or twice and you're set! It's my new favourite thing. 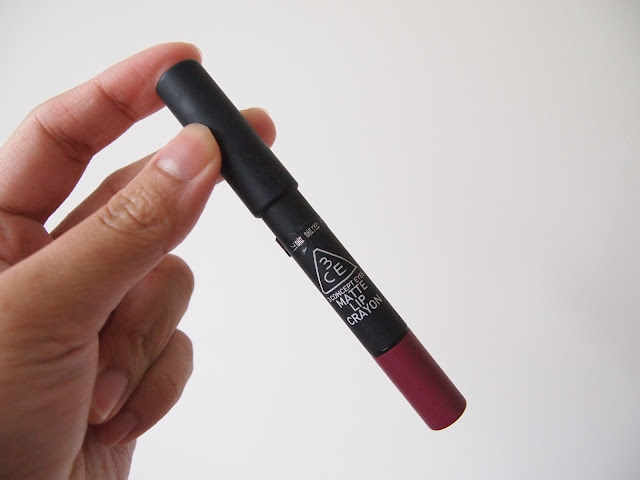 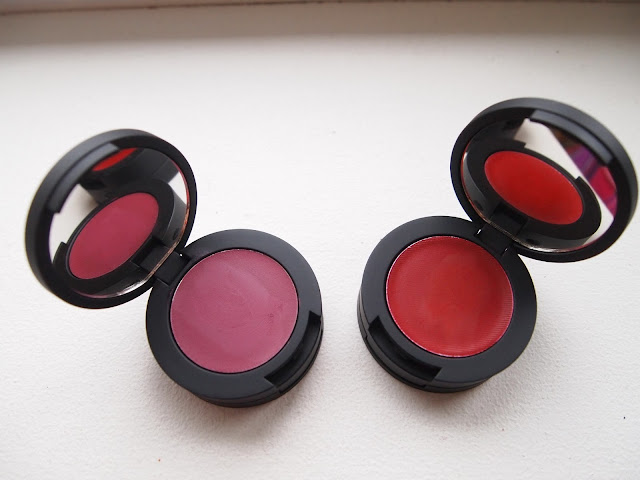 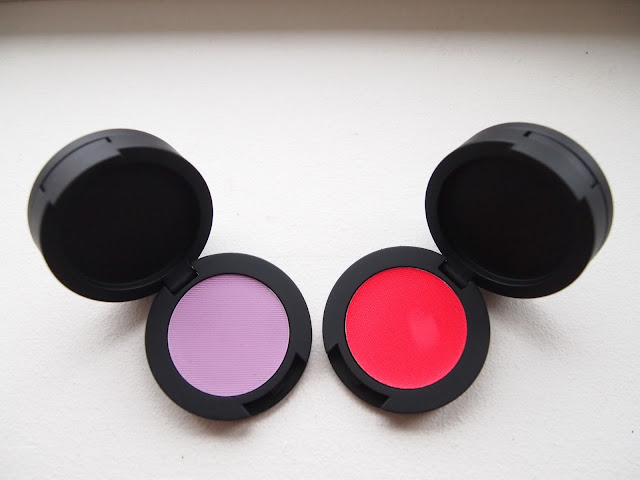 For skincare, I tried out Missha's New Skin cleanser and it shouldn't be a surprise anymore that I love this one also. I was using Etude House's foam cleanser before this and that one was also very good. I've been using all types of Western cleanser all my life and my skin almost always feels uncomfortably tight after that. Felt like my skin was stripped of all its moisture! I've never had that feeling since I switched to the Korean foam cleansers. It's a lot more soft - definitely more ideal for my skin. My skin is noticeably softer and smoother and alhamdulillah, my skin is very well-behaved these days. I swear by Korean skincare products and I will only use it from now onwards because it's had such a positive effect on my skin. My dark spots are still there (but has reduced significantly in pigmentation) but no pimples nor zits. 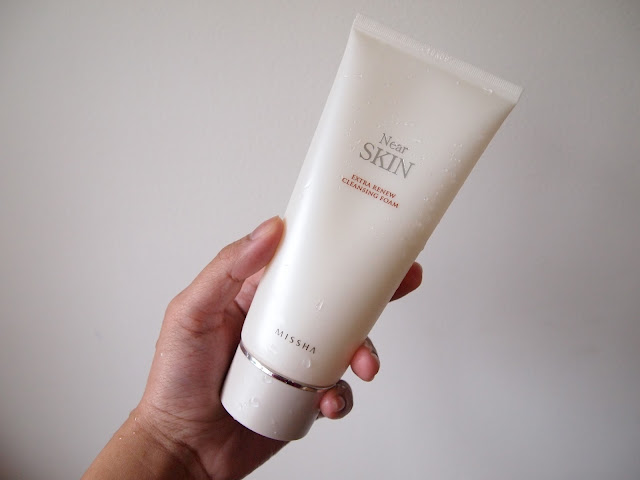 It's not that difficult to get your hands on Korean skincare products here in the UK, I got mine from Yesstyle. They might not have everything you'd like but it's still a good place to get a majority of your Asian skincare needs. It's like my favourite store now.

I'm pretty sure you've heard of Adele's Hello. It's almost a crime if you haven't. It's an amazing song - expectedly so. I can't wait for her full album release - she's never failed in my books. One of the very few singers I'd get the full album to play in the car. I find it really amazing that in the midst of a really up-tempo, EDM-driven generation, Adele's music is still so well-received by everyone. If Hello was just a taste of what's coming, I'll be counting the days for her album release!

Also! One Direction's 'Perfect'. First time I've had an English song on REPEAT. This song is so good - reminded me of how much I love these boys. They're growing up and it's showing through their music so well. 'Drag Me Down' was also such a good tune so I'm really happy they've switched it up a bit and their music now sounds a lot like them and not just generic studio-produced music. 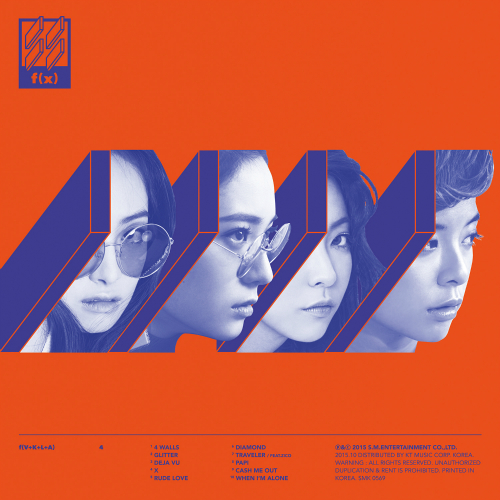 For Korean music, f(x) has just released their new full-length studio album and it is SO. FUN. I didn't think I'd like it as much as I would but some of the songs are really catchy. You can tell SM has really been pumping funds into improving song quality. My favourites from this album is the title track, '4 Walls', 'Diamond' and 'Rude Love'. I never really liked f(x)'s stuff before this but this album exuded such a weird but so oddly fun vibe and I'm really digging it. I've had 4 Walls on repeat ever since it was released. Such a catchy dance track without it being too overwhelming. It's really one of my favourite K-Pop songs I've heard thus far this year. And the outfits for their stage performances is so ON-POINT. It has a heavy 70s reference (as was their whole concept with their teaser images and all) with bell-bottom pants and extra large shirts. One of my favourite concepts out of all the comebacks of 2015. f(x) is not your average typical k-pop girl group and I really appreciate that they're setting themselves differently from typical navel-baring, aegyo-driven girl groups. They radiate a 'too cool for you' aura and I. AM. DIGGING. IT. Consider myself a new fan!

Also, oh my God, DEAN. DEAN. WHERE HAS HE BEEN ALL MY LIFE?!?!? He is just gold. Found his music on Youtube and was just so blown by his music, it's amazing! I'm looking forward to more of his music. Listen to it here (it's not on Soundcloud so I can't include it in this month's playlist but give it a listen, it's a really sick tune).

I've also been listening to Hyuna's 'Roll Deep' so so so so so much. When I first heard it, I was so surprised as to how much I actually like it. I don't usually like this kind of music but it was so addictive??? I didn't even want to admit how much I liked it 'til my sister agreed to it and I knew it was good. It's just really strangely addictive. It kinda has an hypnotising effect on me. But then that's again, that's just the whole of K-Pop now that I think about it...

Anyway! Day 6's 'Congratulations' has also been on my playlist on repeat. I really like the message behind the song. Some of the lyrics go like

"Congratulations girl, didn't take you long to bounce back"
"Why should I wish you happiness when you're the one who left me?"

I love it! I LOVE it! On top of just really loving the music arrangement and vocals and rap, the lyrics were so on point for me. Not that I've gone through anything like that, I just really like that it's going against the generic sad songs we hear a lot nowadays. This song is more like 'Shove it, whatever, good for you" kinda thing and I just love it, it's just so me, y'know? Hahaha

For everyone reading this who would like to take up a new language, you should REALLY download this app called 'HelloTalk' if you haven't already. I was introduced it through the website where I've been learning Korean from.

It's basically like a language exchange program... but conveniently on an app.

So you just state what language you can offer to teach (for me, it's English) and what language you would like to learn in exchange (and for me, that's Korean of course). So they just give you this long list of people matching your needs, people who want to learn English and are willing to teach you Korean. And you just strike a conversation with them and it's easy as that! It's strictly not for any other purposes (mainly dating), and they're really strict with it, like you can't even enlarge their profile photos and proper precautionary measures are taken to ensure that you don't exchange photos and videos that aren't for educational purposes. So it's safe and user-friendly. Although you might have some people who'll try to get more than what they're supposed to, but that's what the Block button is for, I guess!

I've had so much fun on this app; I've been approached by many native Koreans who want to learn English and are willing to teach Korean. And this all for free. Obviously, they are in-store purchases (which I succumbed to) like unlimited translations. So for me, when the other side types in full Korean and when I don't understand, I can just have the app translate it for me without me going through the hassle of juggling HelloTalk and Google Translate (which is shit anyway).

I love it!! I'm constantly on it because the Koreans are so determined to learn English so they're always talking to me. And it's super fun because I finally get to use all the Korean I've learnt thus far and get correction and explanations from native Koreans. And since you're learning from native speakers, it's more conversational and less text-book which is always useful. It's great exercise on top of the private tutoring I've been having here in Bristol.

I can't advocate it enough, it's such a great idea!

That has been pretty much what I've been loving the past month. I'm going to save a post especially for this one Korean drama that I have been enjoying loads because I've got so much to talk about it.

xx
Written (technically typed) by Nadia Zainudin at 12:34 AM