Haven't done this in a while but I think I've accumulated some favourites over the past month that I'd let people know!

Am I late to the party... again? I heard about Colourpop a while ago but didn't really take too much interest into it because I was still very much invested in taking care of my skin first and foremost (A 100 face masks later...).

But I was at Boots the other day and for the first time in what seems forever, I found myself in the make-up aisle. And I got myself a couple of matte lipsticks because I loved the colours so much.
It stays on forever, damn! I think that's my favourite part about it - that it stays on for so long without budging. Although, my lips are already quite dry without anything on so I usually slather on some lip balm before and after I use any kind of lip colour. And usually I'd try to stay away from all matte formulated make-up because I don't like how it looks on me but I had to make do with these liquid lipsticks! I've been spending my days reading reviews on all liquid lipsticks and watching Youtube videos on them.

Also, can anyone here recommend me some brands with great liquid lipsticks?

My first favourite leads to my second favourite - Kathleen Lights! If you don't know who she is, she's a make-up Youtuber and probably has the most extensive collection of make-up I've ever seen. She is perhaps the only Youtuber that I really really like because she's so real. Real without being so over. I feel like some Youtube personalities have this need to please their audience by being a bit... excessive. Especially after Youtube fame. But she is so funny and sooooo relatable. The kind who midway filming would go,

"OMG I just realised I didn't brush my hair... just saw myself in the viewfinder and well, girl you didn't even try".

I love girls like that, the kind who isn't too hot and bothered about how they look 24/7. Just very very chilled and Kathleen is like that. I find her make-up videos to be really informative also because she buys and uses a LOT of drugstore brands which is great because she compares and tells her honest opinions. She's also SO funny from all her candid videos - her lepak ones where she talks about her life. Her Kat Chats videos are probably my favourite of the lot.

Go check her out if you haven't already! So funny and so beautiful also I forgot to mention how pretty she is!

So this month... I broke out!!!!!!! A week after my period which was unusual, usually I'd get it a week before. I largely fault the change in weather and the essence I was using. Which was disappointing because I had just bought that essence (the Benton Snail and Bee one) and it broke me out!! Panic lah jugak because I haven't had zits in a while so I was wondering if it was coming back. So I quickly went online and did a bit of research and found that this brand, COSRX, is literally made and produced to target sensitive and acne-prone skin.
*points at me, myself and I*

It's a brand that boasts of only using very minimal amount of ingredients in their products so as to not irritate the skin. It's one of the few brands that really do tell you what each ingredient is made of and what it does. I am currently using the essence, serum and moisturiser because quite coincidentally I was running out of all three ('cept for essence because I stopped after about 2 weeks of using).

I've read some amaaaaazing reviews in which they have often labeled COSRX products as their holy grail so I just had to try it myself.

I personally really really like it. I don't know if it's just my skin adjusting to the weather or that I'm not using that essence anymore, but my skin is right on track!

It did not negatively affect my skin so that in itself is already very good. I was quite worried that my skin would revert to how it was pre-Korean skincare but this saved the day. And it's quite assuring to know that they minimise the amount of unnecessary ingredients in their products. Acne-trigger chemicals were kept to the absolute minimum so I had faith that COSRX would not fail me.

And also for some odd reason my skin became ridiculously dry last three weeks. The kind of dry that showed visible dry flakes on my skin. I mean, I have combination skin so I do have the occasional dry patches but this was SO dry. My eyelids were painful because of how dry it was. And this was when I was drinking 3l of water every single day. I was quite confused as to why but again, it could just be the weather. But again, this COSRX was just SO moisturising. The essence is made up of 96% snail mucin !! 96% !!! That's already more than all snail products I've tried before this. The remaining 4% are made up of ingredients meant to hydrate your skin. And I really think it did because now my skin isn't dry... at all. No dry flakes around my jaw line, no visible dry wrinkles on my eye lids, nada! I don't know lah my skin damn weird ok but really, this brand helps!

AND in terms of quantity, COSRX is quite generous with its creams - for the price, it's definitely alot more value for money. Missha's snail cream, although smelt like flowers and unicorns, was so sikit. Was a bit disappointed with the quantity because it was relatively quite expensive.

Some of the reviews that convinced me, you can read here :

Is it weird that I have this sudden INTENSE craving for churros?? I never did because you don't really find them as easy as you can find pisang goreng in KL so I never gave it any thought before this. But man, this month I've been wanting to eat churros everyday. So much so that I even attempted making them! 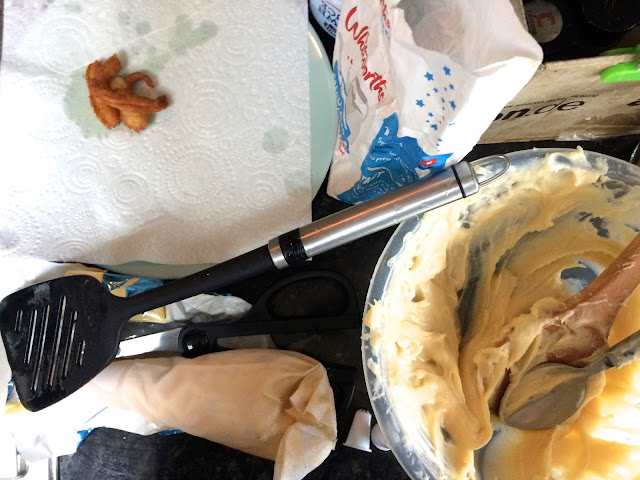 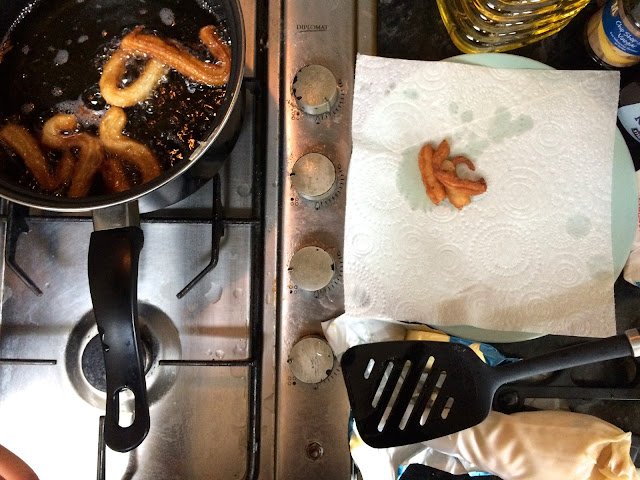 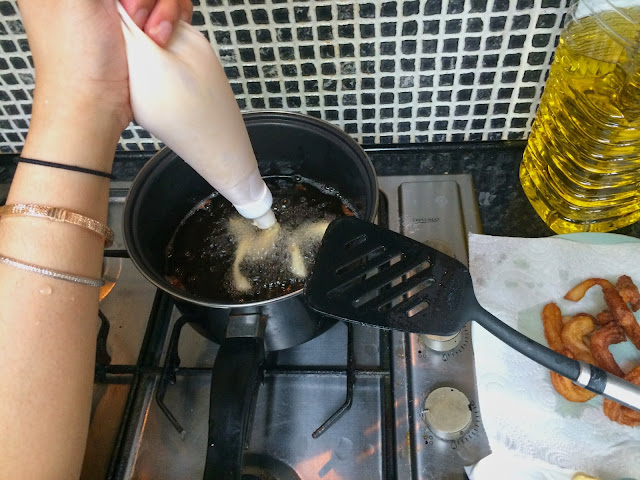 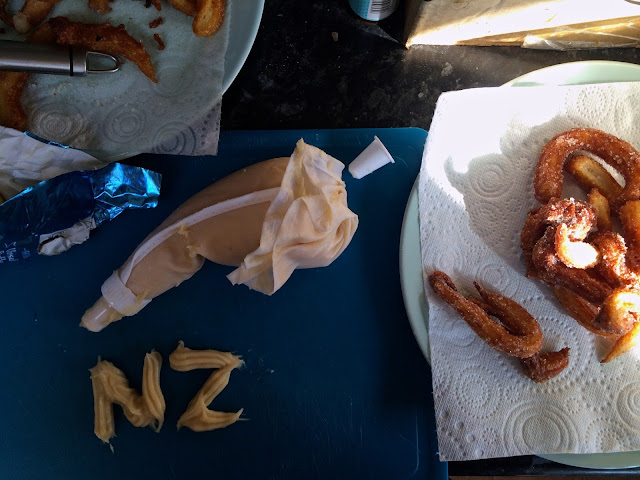 My phone battery emptied half way so there's no actual photo of the plate of churros but they were pretty good for a first attempt! I think I overdid it with the sugar but good nevertheless!

But man, the effort and the mess! After all that prep and cooking, I could only eat a few pieces because already quite muak. And I didn't have chocolate sauce which is something I'd usually have it with.

I'm keen on trying to make new things in the kitchen but just realised puasa is in a week so not much I can do then. I'm quite nervous about Ramadhan to be honest - I'm quite used to drinking so much water these days so to go basically the whole day without it is intimidating to say the least. But hey, at least fewer trips to the loo.

That's as far as I can come up with. Didn't want to force new favourites so I thought I'd keep it short and simple.

So as to how I've been doing!

I'm still the same ol' same ol'. I've been trying to find jobs in the city specifically ones in retail but so far, none has yet to come up. To be fair, most of their deadlines are in mid-June so even if I do hear from someone, it'd only be then or later. Which is annoying because I want to work now!!!!!!

I'm planning on taking a trip to Italy sometime next month before the parents come over. I've only roughly planned it out so I'm still unsure of the dates and where exactly the trip will take me but definitely in the vicinity of Italia! I can't wait - I have always, always wanted to go and I think it'll be great to go in the warm summer. I might complain about the heat as I naturally do but Italy is beautiful under the sun. I can't wait for gelato and pizza time!!!

I'm also looking to buy a camera to start vlogging. Or at least attempting to vlog. Like, travel vlogs specifically. Nothing daily because it'll just be me lazing in bed and well, vlogs are meant to be interesting and I'm not hahahah but I want to do ones for when I travel. Because my dad used to do it all the time when we were kids and those tapes were the BEST to watch when you're older. I think I'd like to give it a try. I love making videos (haaaaay Amal) so why not. It's not like I'm going to travel memana sangat pun but for the few times that I do, I'd like to make a series out of it! It'll test my video editing capabilities and it's just overall fun to watch them again later. I'm looking to get the new Canon G7X Mark II but I'm going to have to see how much I can trade my old camera first. Probably like £40 hahahahah SIGH SIGH SIGH why is money difficult SIGH SIGH SIGH

But speaking of vlogs, I've been watching Daphne Iking's vlogs these days and they're quite fun! Ala ala Judy and Benji (aka favourite daily vloggers ever!). It's quite interesting to see someone local doing these vlogs and I like how she and her husband very selamba in their everyday life. If you're bored, go watch! She had a bit of a problem with her maid a few weeks back and they did several videos on that. Funny but quite unfortunate for them!

Song that I'm listening to : Keep On Doin' by Luna
Written (technically typed) by Nadia Zainudin at 11:10 AM