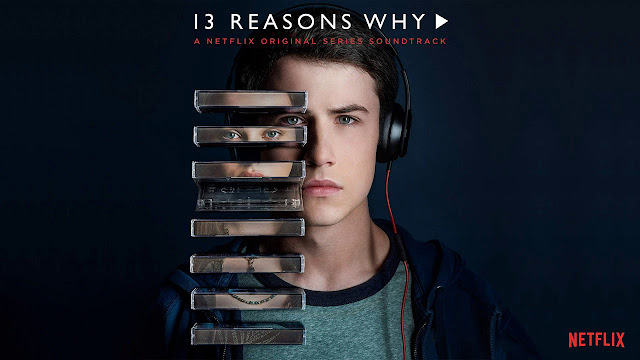 Ok I just got on the whole 13 Reasons Why craze and I get what the hype is. It's depressing and really dark and twisty (Grey's Anatomy fans anyone??) but it's soooo addictive. I've retired my good ol' what-is-sleep-when-there's-a-good-show-on days because well, it's not practical for work but I found myself sleeping at freaking 3 am to watch it. The reason I couldn't go on any longer was because I was physically unable to keep my eyes open and I found I wasn't concentrating anymore.

But it's so good, right?????? I love how it's directed and depicted and the characters are so real. I haven't watched a show that really indulges into social issues and at least, not this apparent and blatantly graphic. This is my first time really getting myself into it and it's very... intense and dark. Doesn't really seem like it in the first few episodes but it gradually gets there in its later parts. This show makes me see bullying from a first person perspective and it hurts. It's difficult to watch, to be honest. Some scenes I had to close my eyes. It's very hard to sit there as an audience because it makes you feel helpless. I don't think I've ever felt like that watching a show which is why I kinda really like it. Even after finishing the series, it stays with you. It's really haunting in that sense. I had to take a breather and just kind of calm down and watch something more uplifting and comedic to get my spirits up. It's probably one of the only shows I've ever agreed on staying til the end that was this dark. Even Skins had its humour.
SKINS!!!

Don't worry, I won't spoil (I'm like the Chairwoman of Anti Spoilers Association*) (*no actual such thing) it for you who haven't watched it but if you have, I'd love to strike up a chat with you to hear what you think about it. If you haven't, you should go watch! It's an important show as it sheds light on some really taboo topics which I think can and will benefit you one way or another. Some people love it, some are on the fence and some people just straight out protest against it. And I'm open to hear from any perspective. I've already read up on so many different theories on what the ending meant as well as different articles on the signs leading to a possible venture of a second season. I swear, when it comes to TV shows and movies, I'm putting in a lot more effort into researching than I did in college and university....

Regardless, I really did enjoy it and am anxiously waiting for a second season. Though I suspect it'll take a year to write and make. It's still pending and everyone's acting pretty coy about the idea of a second season but my guess is that they're doing it to build anticipation and c'mon, is Netflix ever going to not bank in on a huge success? 13 Reasons Why is the most mentioned Netflix show on Twitter ever. And yes, in 2017, that is a thing.

I do have to say it is pretty R rated so maybe not watch it with parents? I recommended this to my mum when I first watched it and now that I've seen them all, I think I might have to take back that recommendation...

Now I've got nothing to watch. I haven't caught up with Riverdale in like 2 weeks so might do that. Anything else worth watching til 3 am?