I haven't been to an awful large number of cities so this might not be too legit of a list but Singapore's one of my favourite places ever.

I love KL and I'm quite heavily biased towards it. Sure, it comes with its flaws and inadequacies but I don't mind it. Singapore is like the KL I'm used to - we share the same culture, the common makeup of people, the food's pretty much the exact same but yet so different. It's clean, it's proper, it's well-planned. Singapore, in comparison to Malaysia, feels very disciplined. Like a staycation but a level up. It's funny because I was in a different country and yet, I was always so surprised when I hear people speak Malay like they do here in KL. And I don't know why that surprised me - we're literally just like a road away from one another hahaha.

And of course... though I hate to be an obvious 21st century girl... Singapore feels super Instagrammable. It has beautiful buildings, streets are lined with full grown trees (I'm actually genuinely surprised just how much greenery they have, it's amazing!) and it's just a really well thought out city. I love cities that are not dependent on private vehicles. I wish KL was more like that. Sure, we have MRT's, LRT's, Monorail, KTM, what have you but they don't seem as friendly as ones abroad. And why the hell do we need so many different kind of train systems anway?? Can't we just have one? Or at the most 2?? But that rant's for another day.

Back to loving Singapore.

I was there for Singapore Modest Fashion Week so I was occupied at the Sands Expo Convention Centre for most of the day so I didn't get to sightsee and explore as much as I had liked. I'm definitely looking to go there again in the next few months when Tania comes back from the UK. Cause I looooove the place and I really want to properly visit all their museums and fancy cute little café's. I'd love to go to the Arts and Science Museum and the National Museum. All of it! The last time I went before this recent work trip was when USS had just opened and my family and I all went. That was ages ago. So to go back to Singapore was very fun.

Some random photos I took. It annoys just as much as it annoys you that these photos aren't the same size. 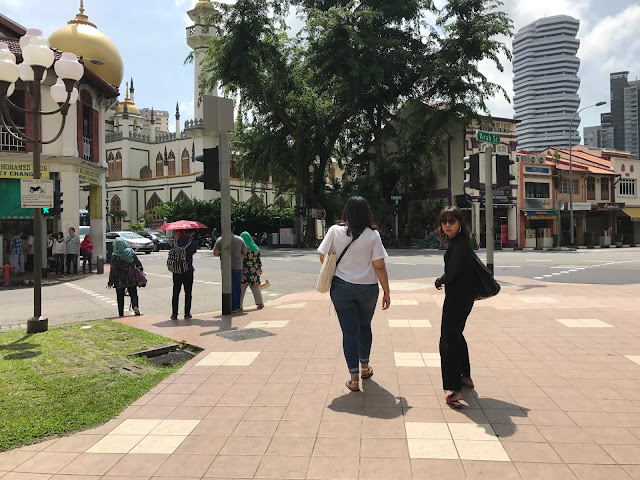 Our hotel was just right by Haji Lane and the infamous Zam Zam restaurant. I had the mi goreng and just a tip if you're going there; don't get the mi goreng. 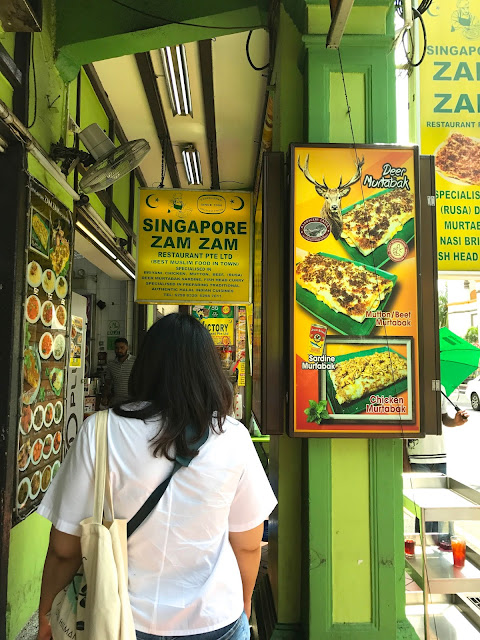 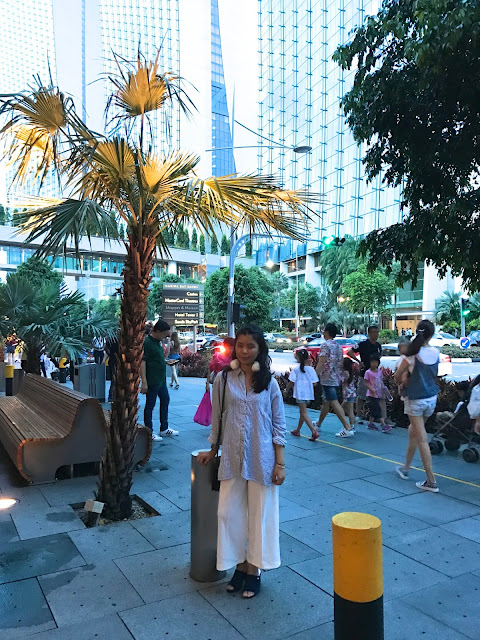 Was working the first day and didn't get to really OOTD so this was a hurried one at like 7pm. Looks like somewhere near Pavilion hahaha 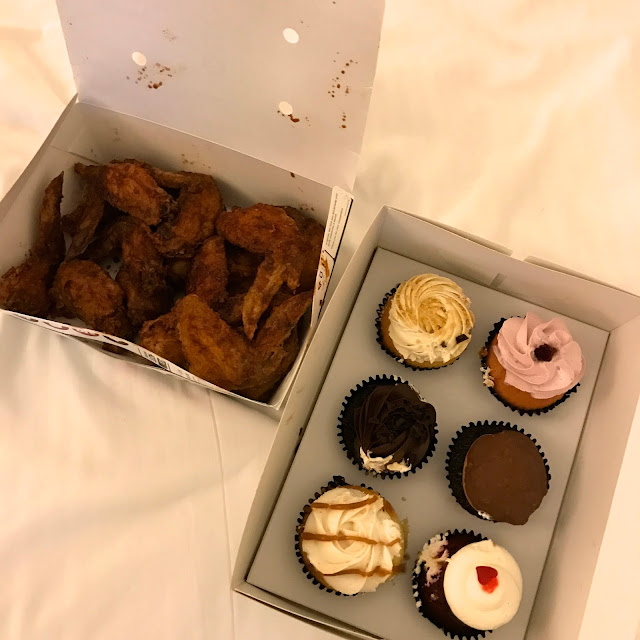 Ok so I was introduced to 4 Fingers while I was there. We were so tired from the first day of work there that we decided to just order delivery to our hotel. Omg best ever chicken!!!! I'm more of a burger person myself so for me to say this is really good chicken it must only mean that it was really good chicken.

Cupcake's are from Fluff Bakery but I'm not the biggest cupcake fan so this was... ok I guess... 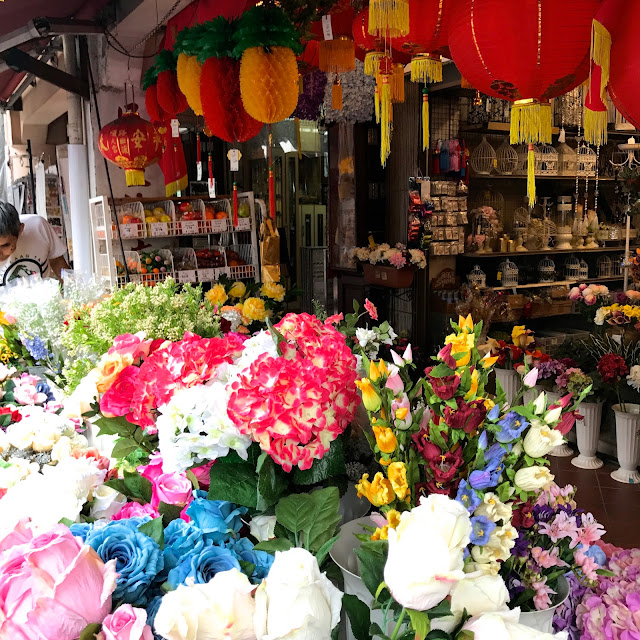 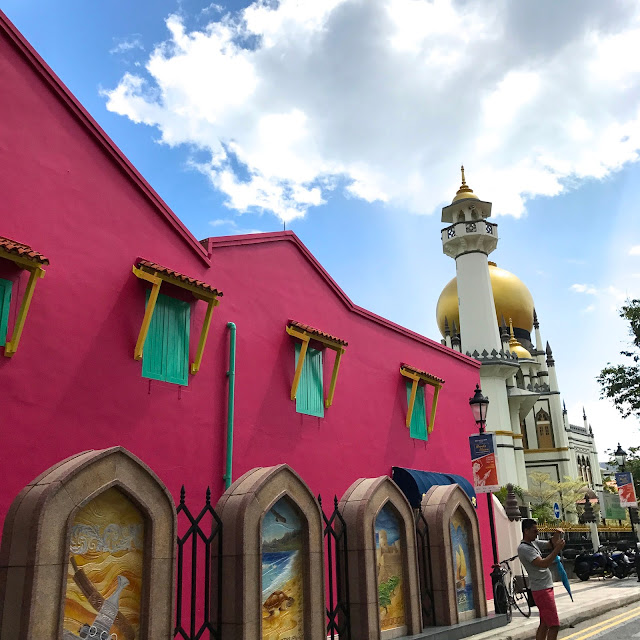 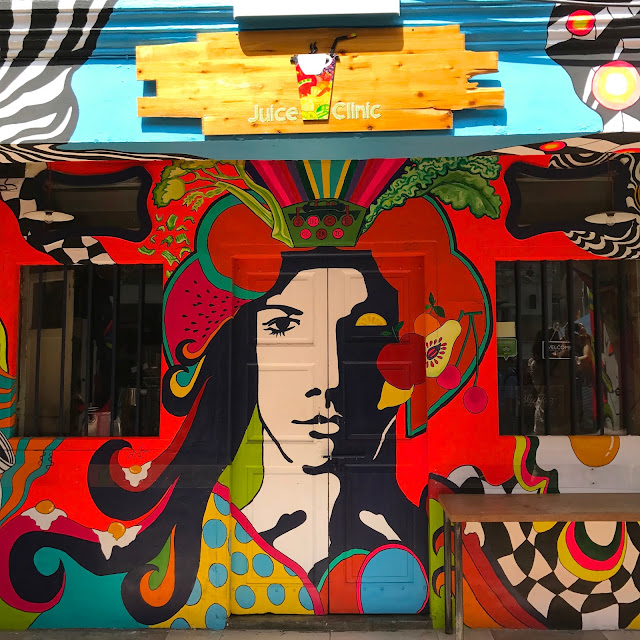 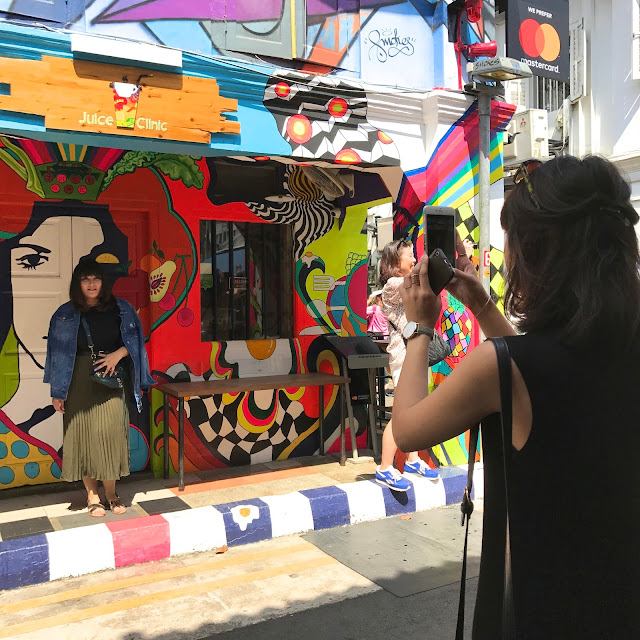 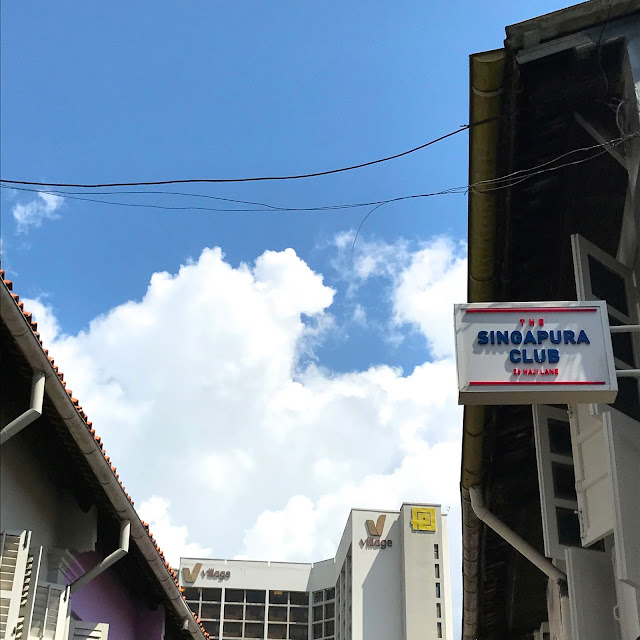 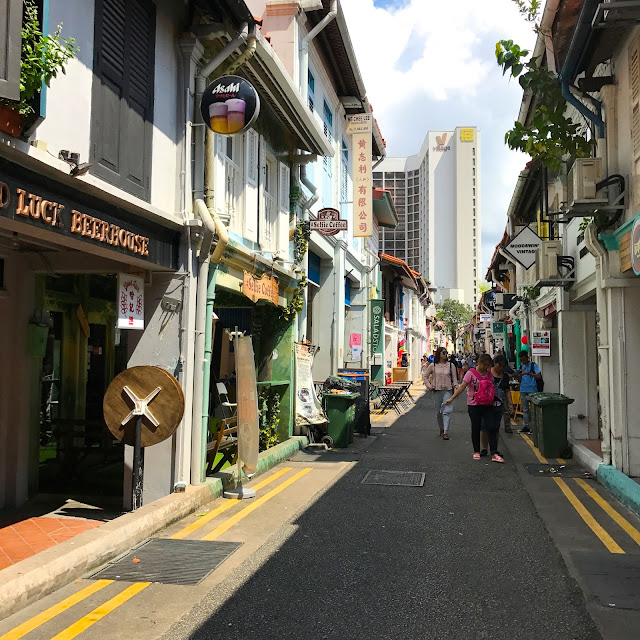 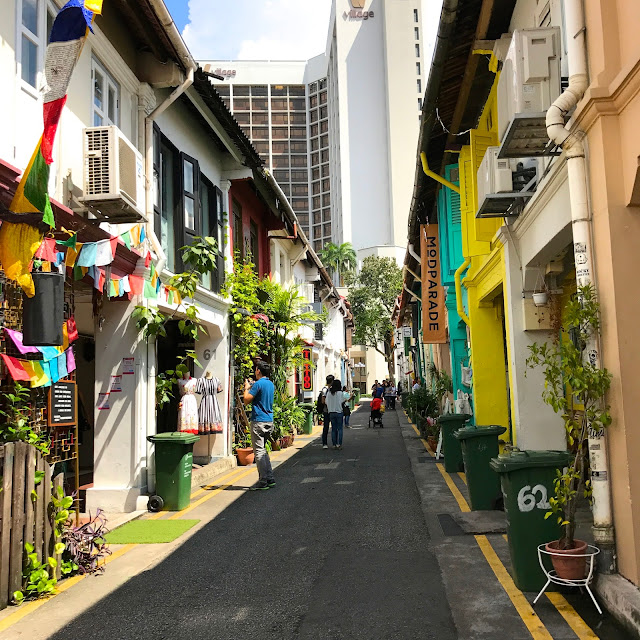 Bits and pieces of Haji Lane. Such a precious place. 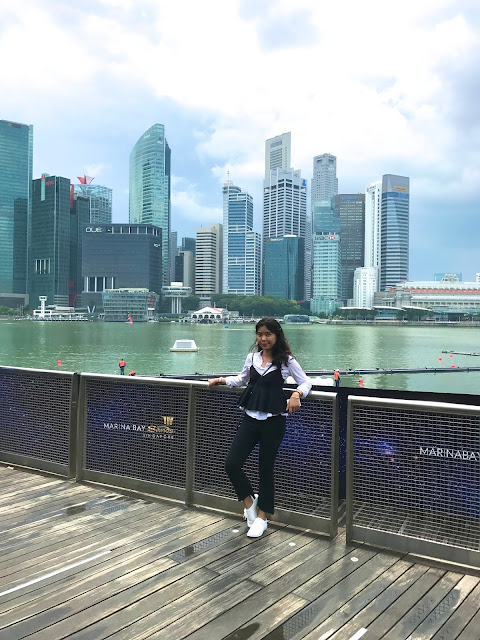 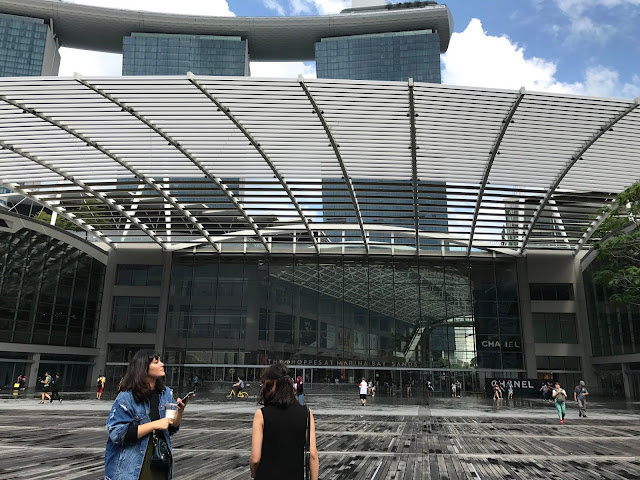 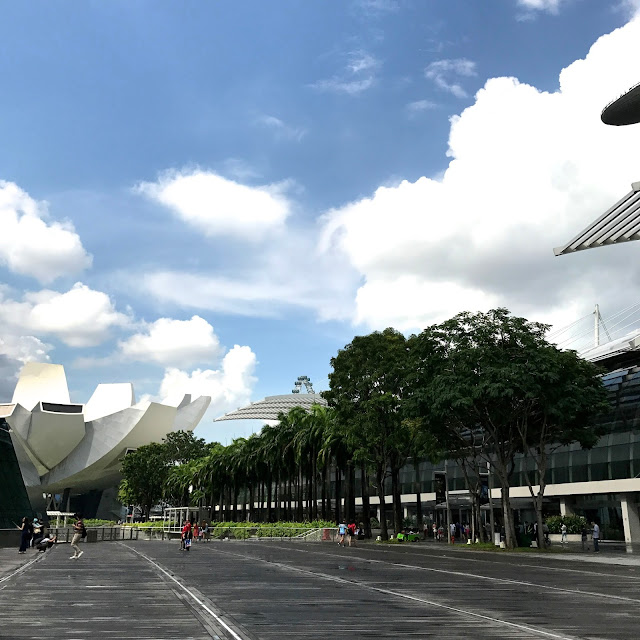 Um so this is an edited photo because it was really quite dark and it had just rained (you can tell by the wet pavement). Singapore was pretty rainy throughout our stay. 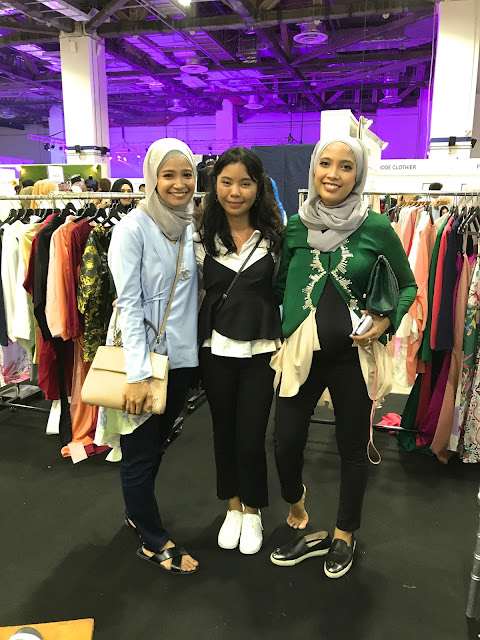 With the Mimpikita sisters! They were very sweet and so humble. 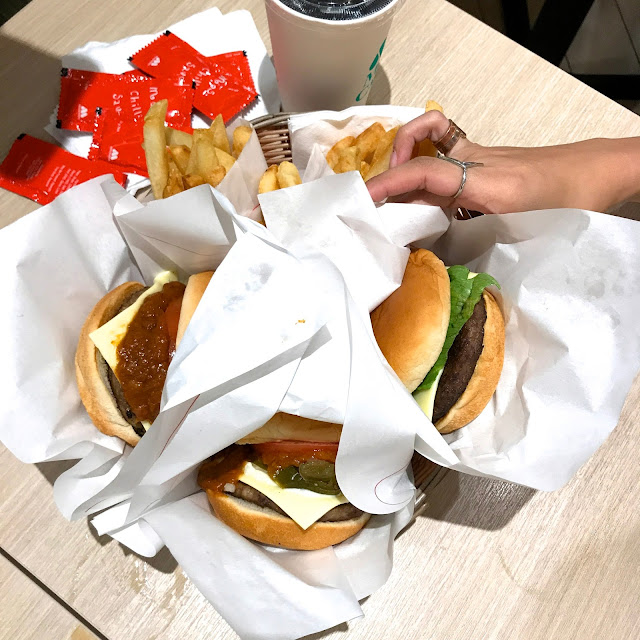 MOS burgers!! We had them twice - it was so good. It's plain burgers but I freaking loved it??? 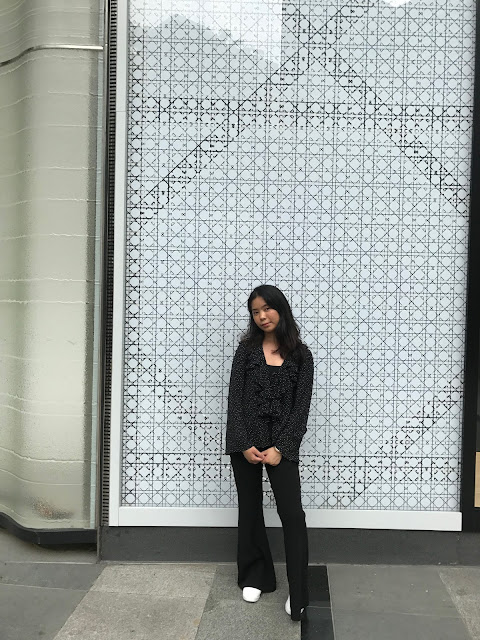 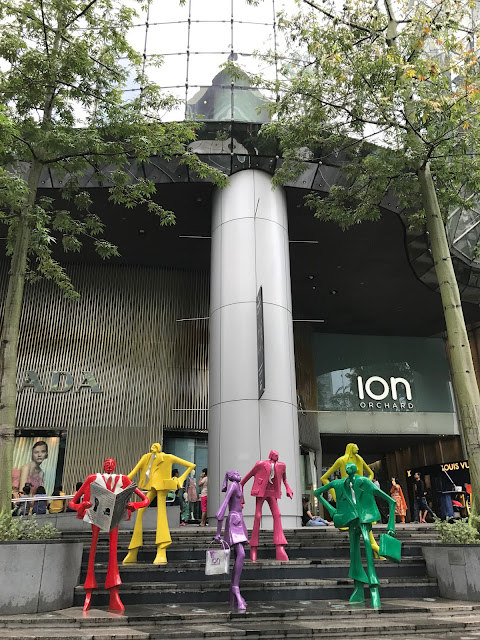 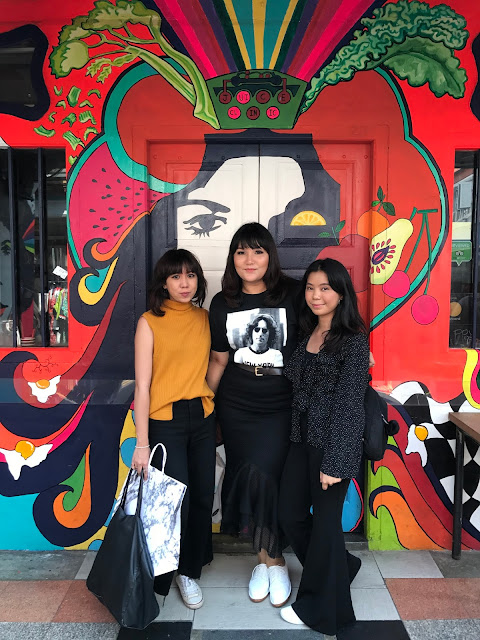 With my two colleagues/friends. The trip was about eating, entertaining customers and complaining how tired we were hahah but I had great fun. Shera (standing in the middle) helped us a lot and guided us throughout the stay - she ordered cabs, brought us places, this and that, very big sister-like so I was and am very quite grateful for her!

OMG YES long weekend ahead of us!!!!! I'm sooooooooooo going to not do anything and laze around. As I do.

xx
Written (technically typed) by Nadia Zainudin at 12:45 AM