Izmal turned 19 on October 26th and so Zati planned a surprise dinner at Alexis, Gardens. The girl can be sweet sometimes :* Kidding Zati, you're sweet ALL the time !

He thought it'd be a nice romantic dinner with his girlfriend but alas, there was 20 of us there singing him Happy Birthday ! Of course, he was surprised, I don't think he realised for the first minute that we were singing for him in the first place hahahaha 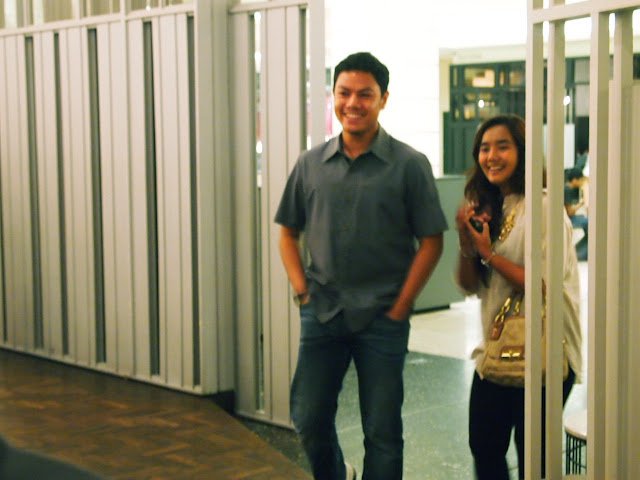 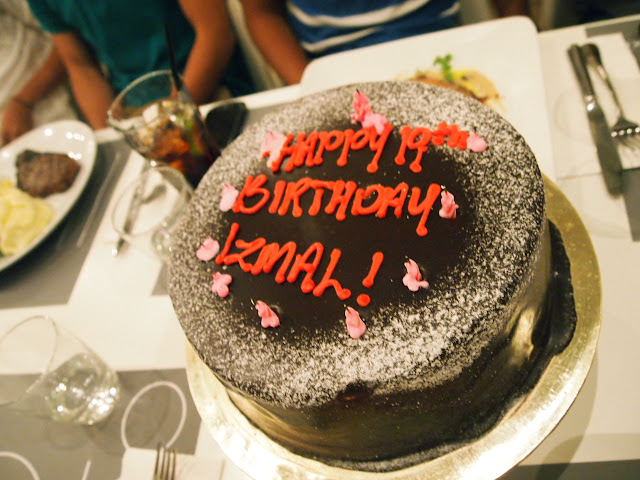 Look at the candles ! Melted to the max because we lit up the candles before Izmal came. Tak datang datang pun so we had to blow it out twice sebab it was melting really fast dah. 10 seconds before he came, we lit it up and sang him the jolly tune of turning a year older ! :)

I've been surprised twice in my life on my birthday and it's one of the nicest feelings ever so I can relate to how surprised he look ! Love surprising people. Dah 2 birthdays in a row; first with Marissa and then with Izmal. More to come, hopefully ! :) 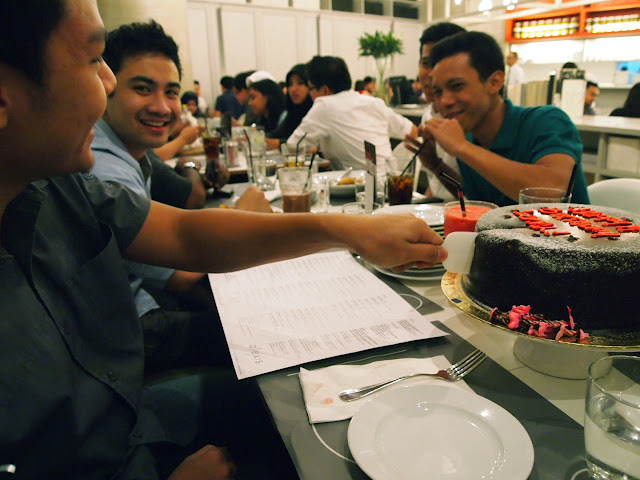 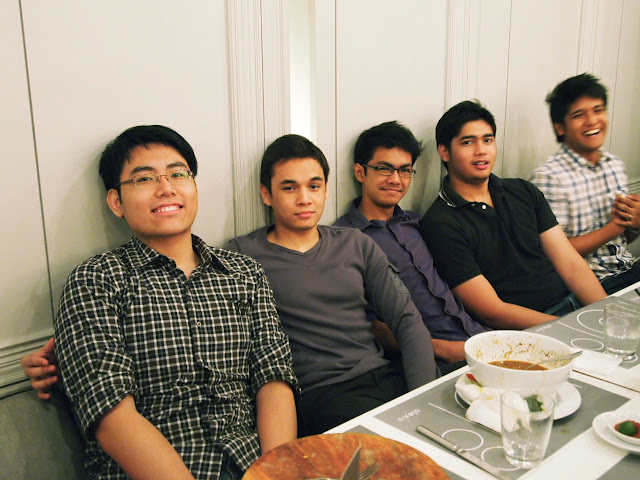 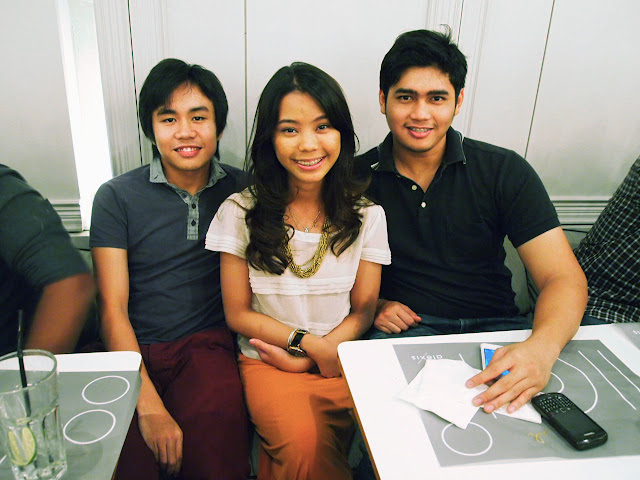 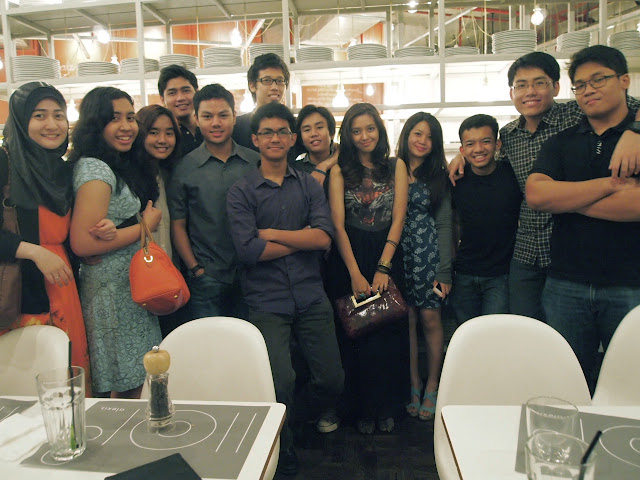 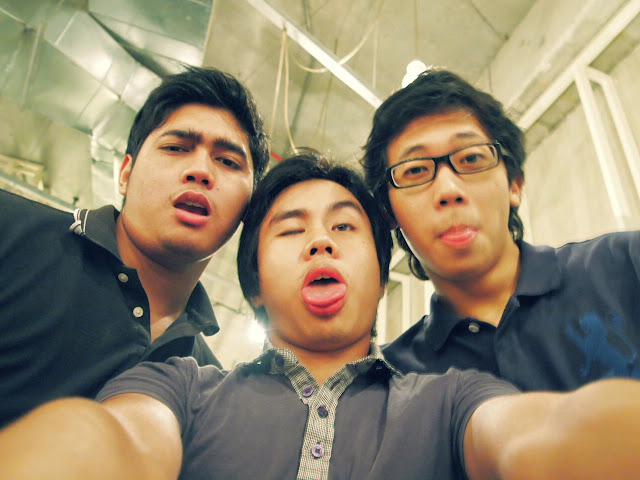 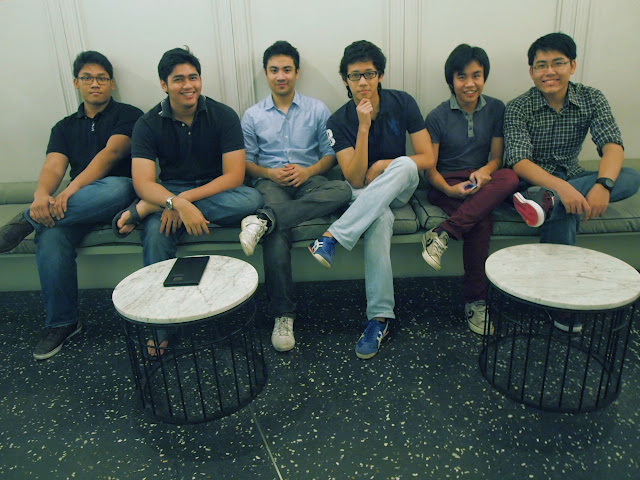 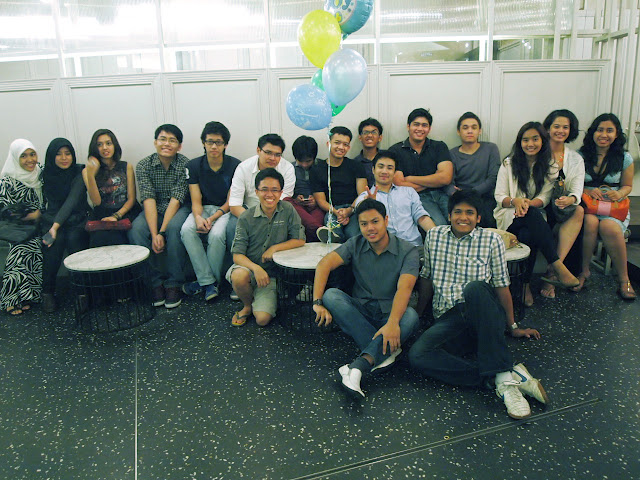 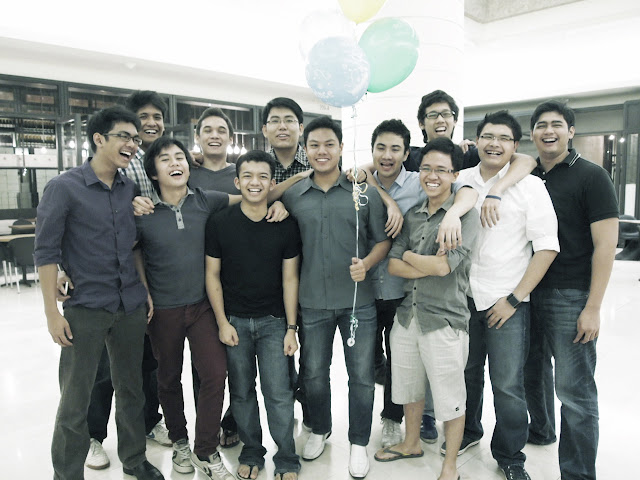 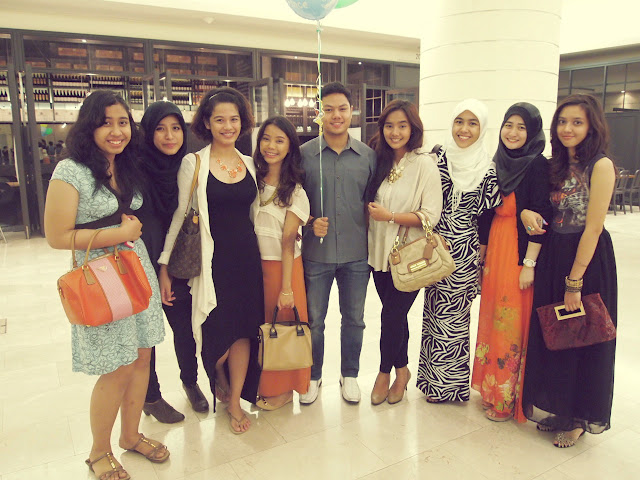 The girls in either black, beige/white or orange. I should've been drenched in pink or something. 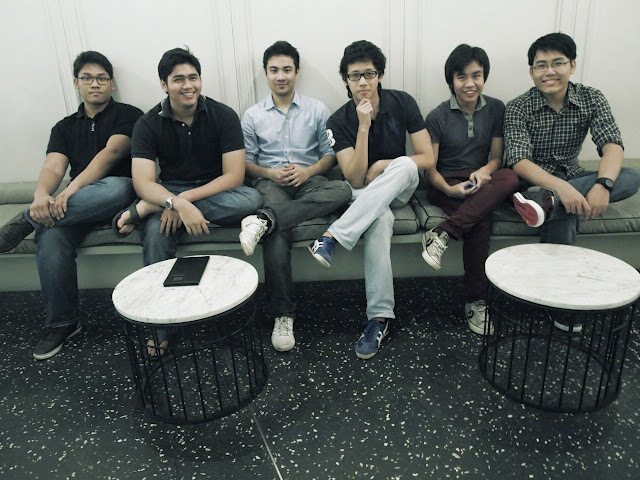 Got to meet some of Izmal's high school and primary school buds which was nice. Love getting to know new people now and then. Duduk kat KY asyik nampak muka sama so new faces can be quite refreshing. 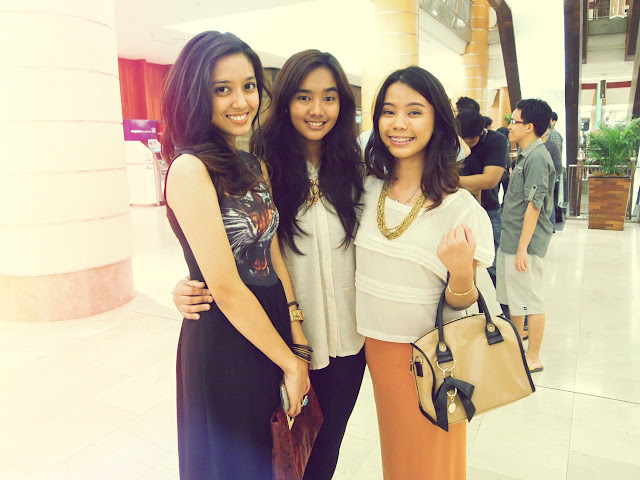 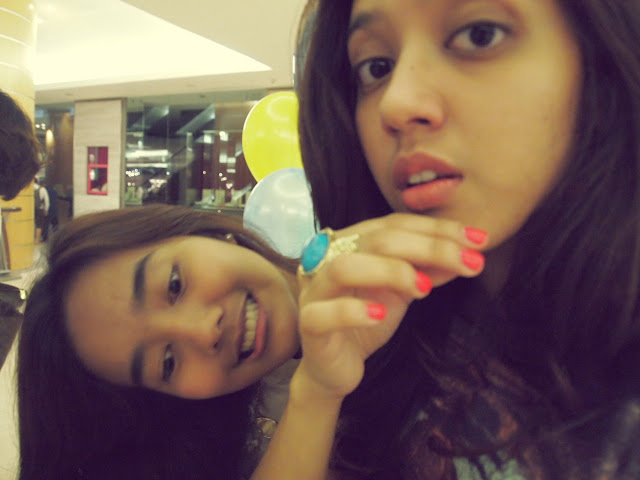 .... hey so this is Zati and Marissa on an everyday basis. 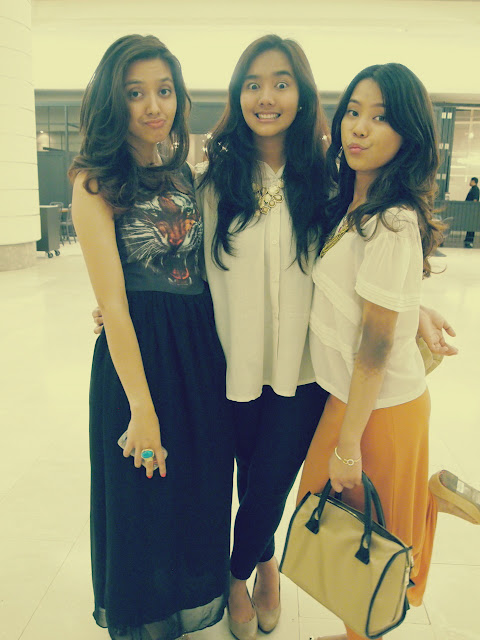 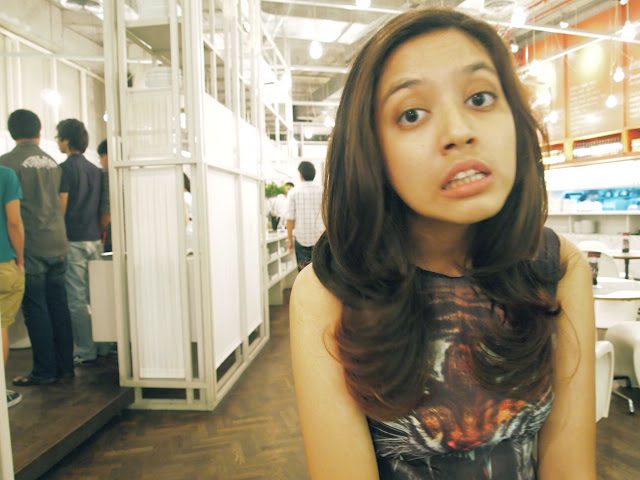 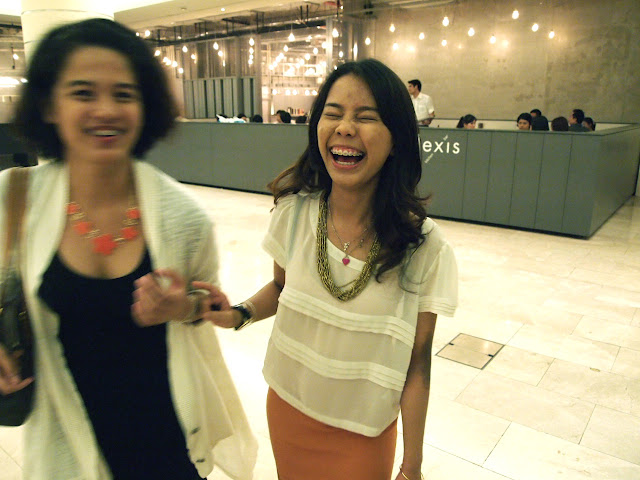 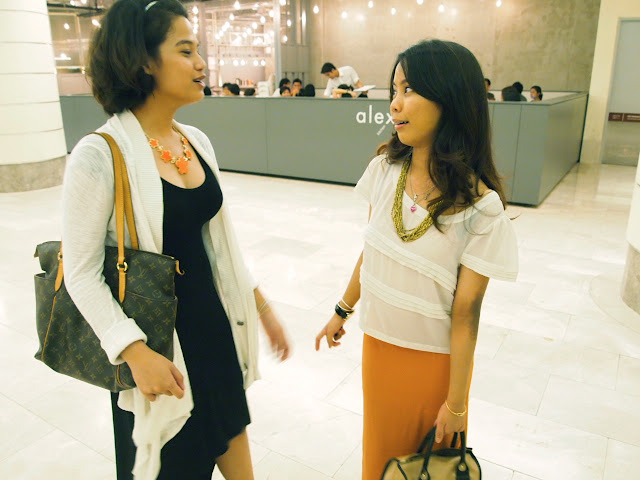 Is that the face when I talk ?!?!?! Someone remind me to shut up then. 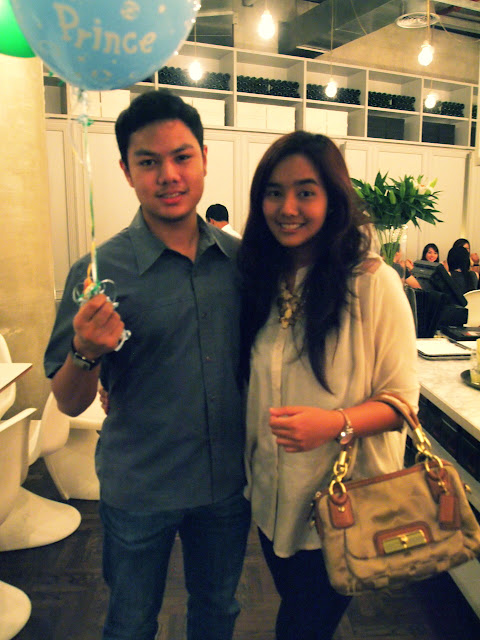 Zati's such a sweetheart for pulling this all together for her boy.

Don't ask why the balloon is like that and not the usual "Happy Birthday!" one lololol 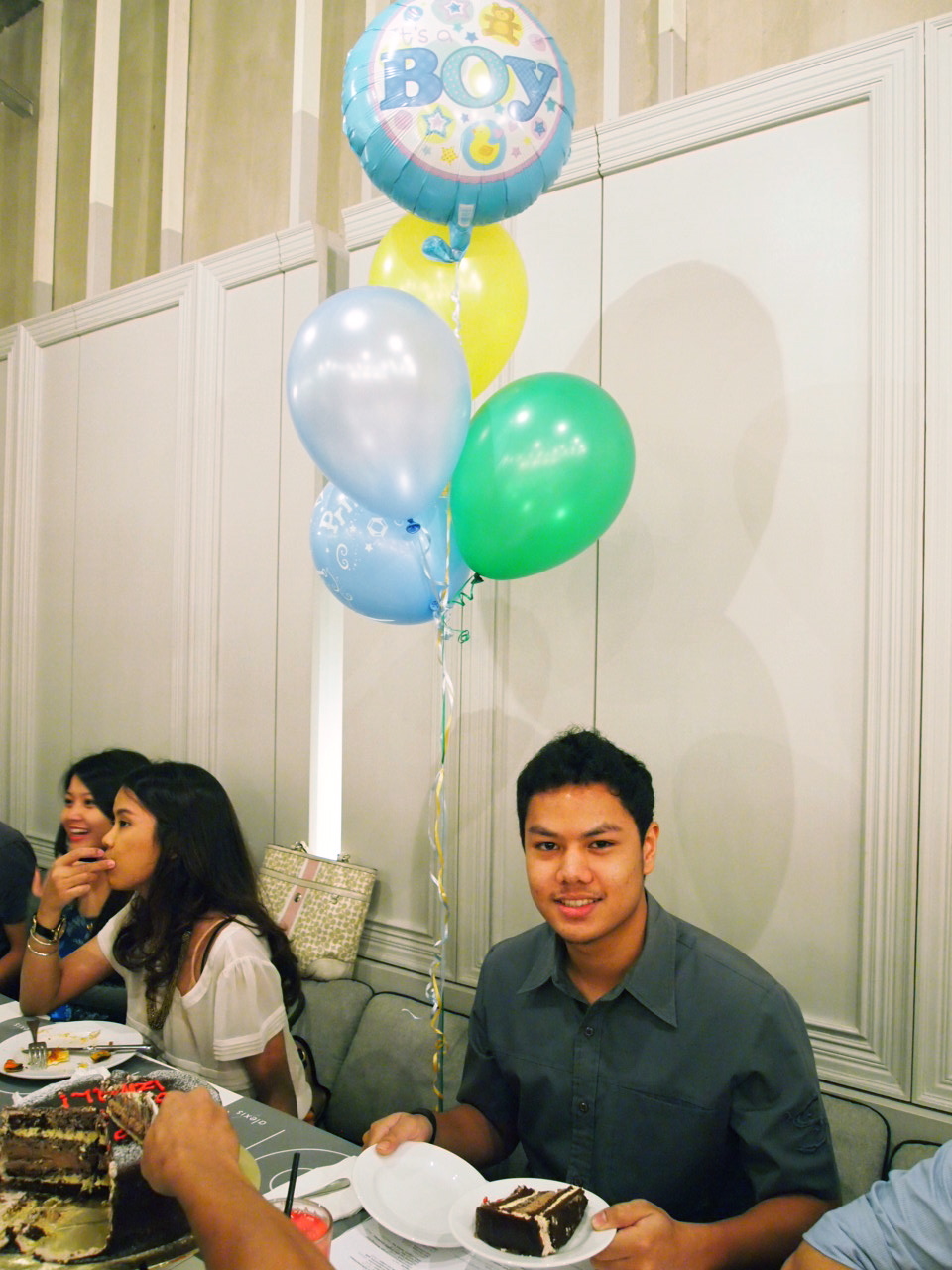 Written (technically typed) by Nadia Zainudin at 1:06 AM