On the 24th of January, college had our annual history classes trip to Vietnam!!

I was 30% excited and 70% nervous. Nervous because of everything that has been said (Read:Warned) about Vietnam. Was told more of what NOT to do than what TO do there.

Basically throughout the 4 days 3 night stay, I went out without a bag and without a phone. I only had my money with me in my jacket pockets and occasionally, a camera.

We reached Vietnam airport and was picked up by a van to the hotel. I turned quiet throughout because

a) I hate flying and we just got off a plane so I was still half tired and half nauseous.
b) I was taking everything in. The streets, the people, the buildings. Everything was so different than what I'm used to back home.

Reached our quaint hotel and settled in a big nice room with Ha and Pana. Surprised at the rather luxurious hotel we were put into given we only had to pay little more than a thousand ringgit! 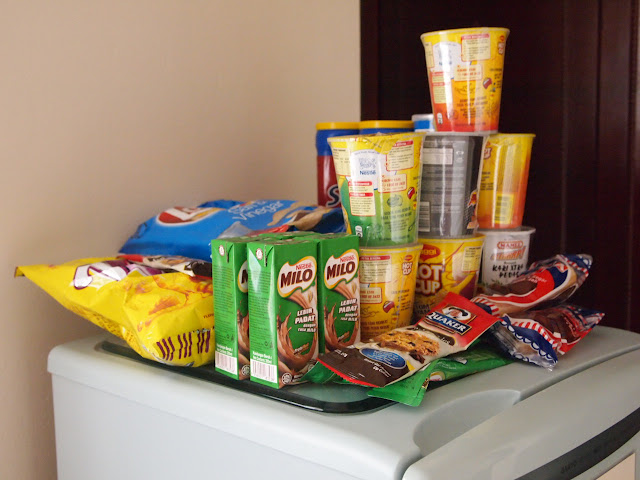 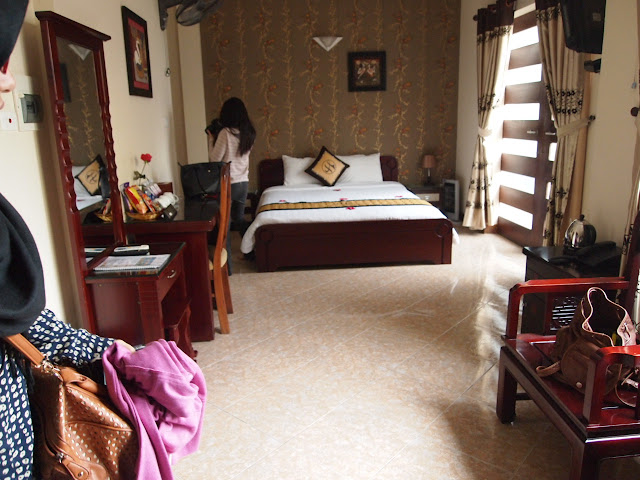 Food mostly supplied by me. Milo kotak and the Quakers and the Gardenia were by Ha and Pana. My dad, the man paling anti-Maggi Mee said to me before going to Vietnam;

So I did. But tak makan pun because we had good food throughout!!

We gathered at the lobby for lunch at a Malaysian restaurant. And we walked around the city later. For a mini sightseeing but nothing too serious since we had just landed. 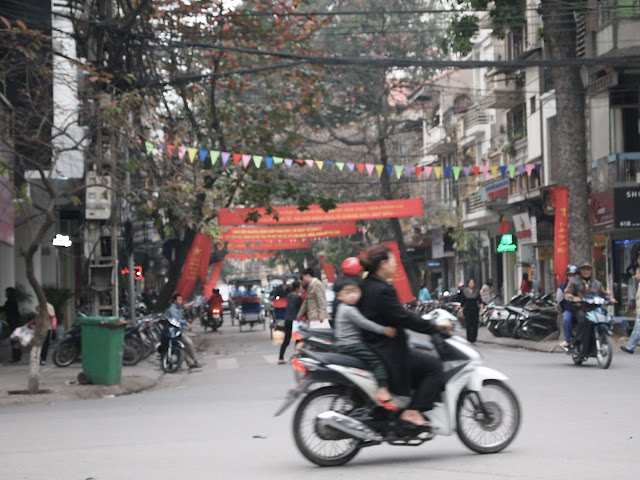 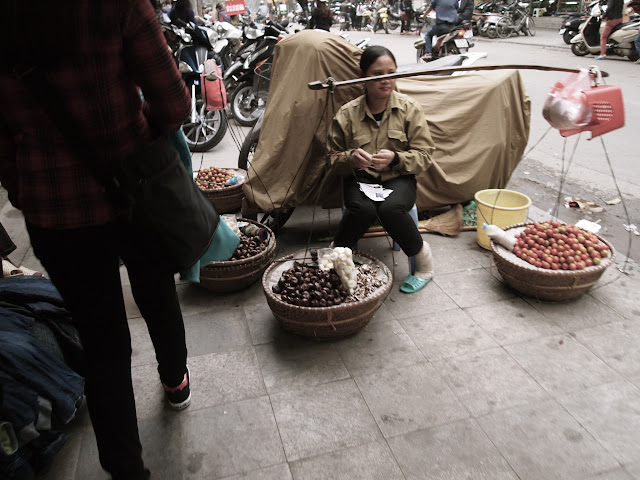 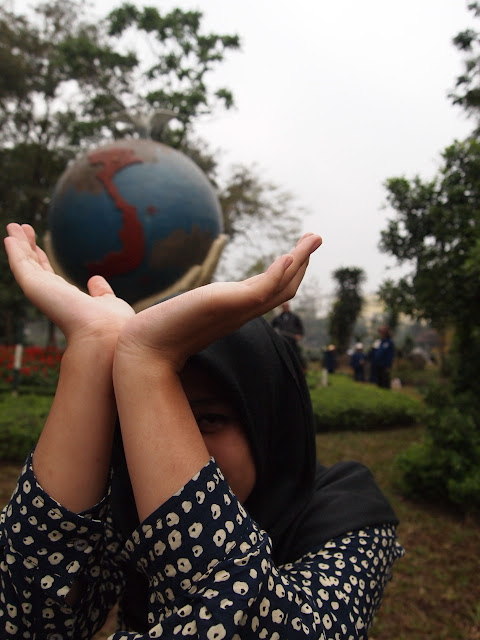 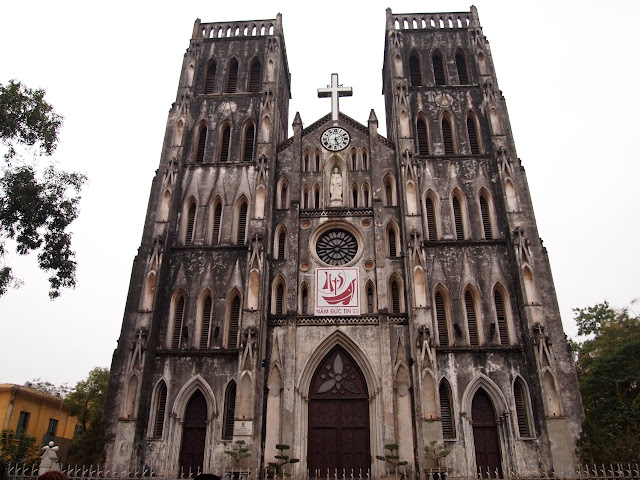 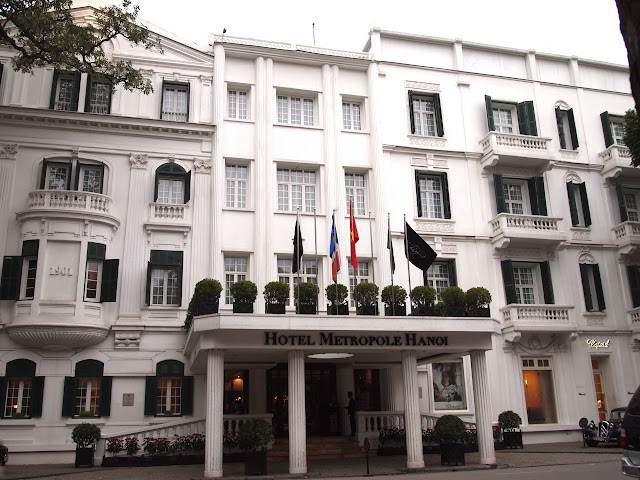 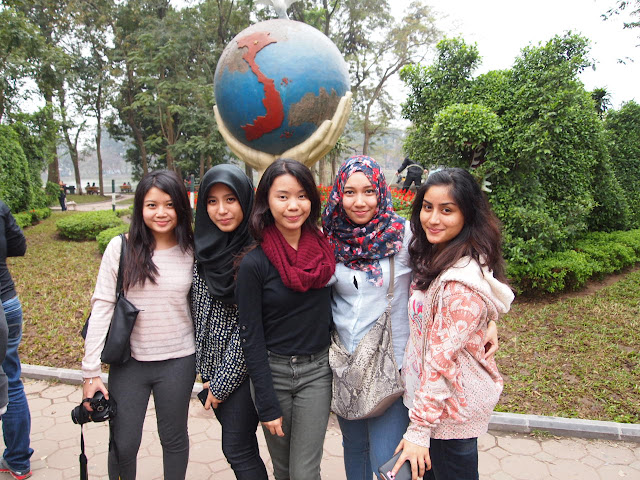 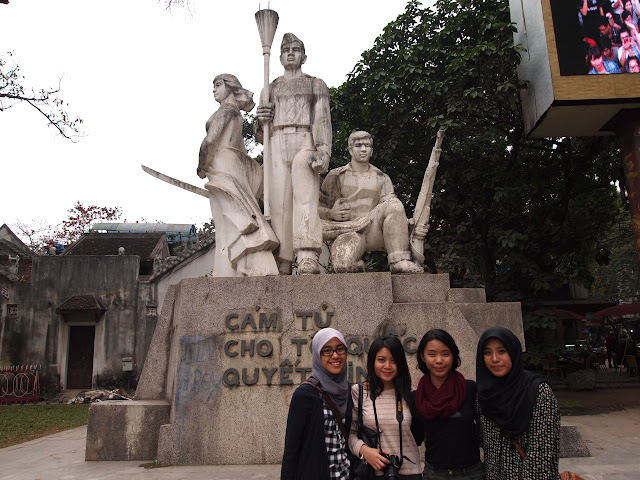 Went back to the hotel and we were free to go anywhere else but only with a group. Roamed around by ourselves but didn't dare to walk too far for fear of being lost in a foreign country! Dined in a nice French owned restaurant around the corner from our hotel.

To save cost, we ordered breakfast and would eat in the hotel itself. Everyone else went to find food outside. We had pretty good omelette and pancakes courtesy of the hotel!

We got into a van and headed to our first museum! It was the one dedicated to the different ethnics in Vietnam. 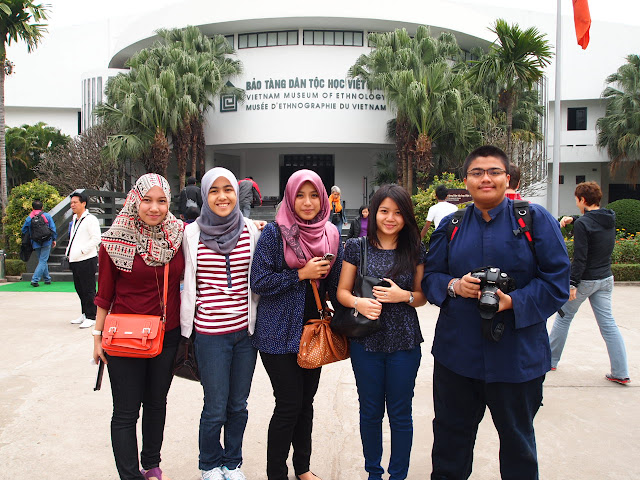 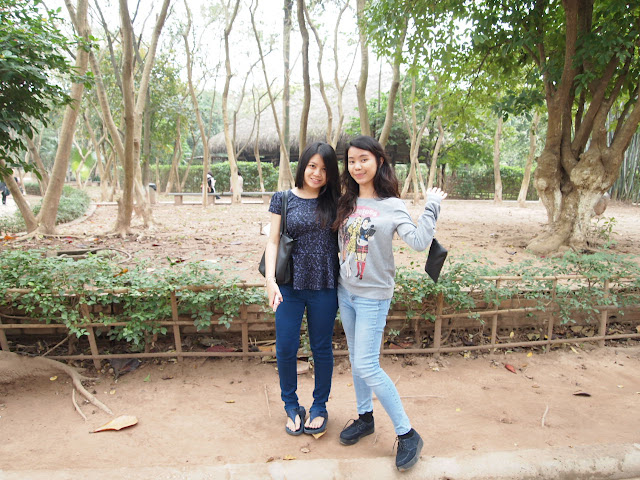 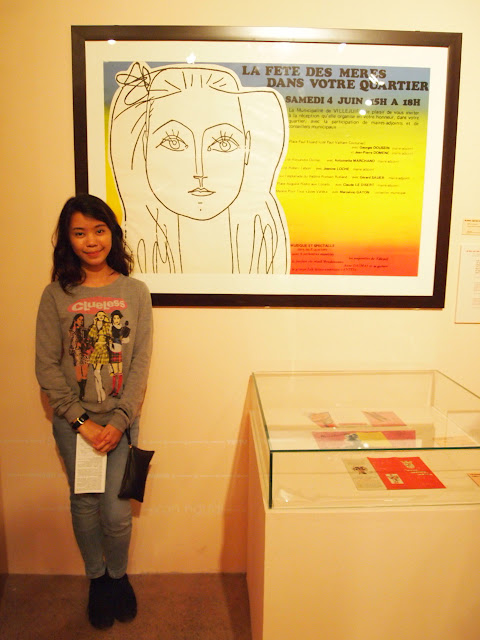 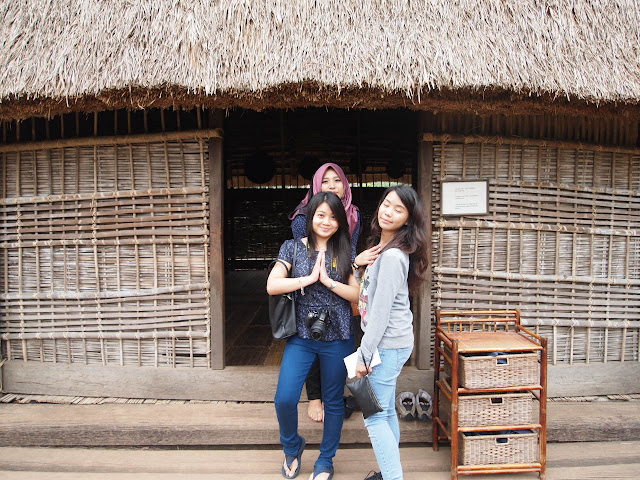 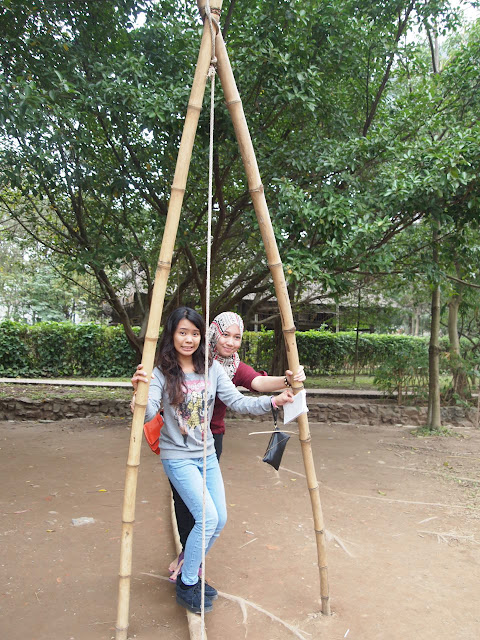 Went back to the hotel for lunch and we (Bob, Ha, Pana, Eyana) went to a restaurant up high, giving us a nice view of Hanoi city. Had tom yam because it got a bit cold and needed something panas and pedas! 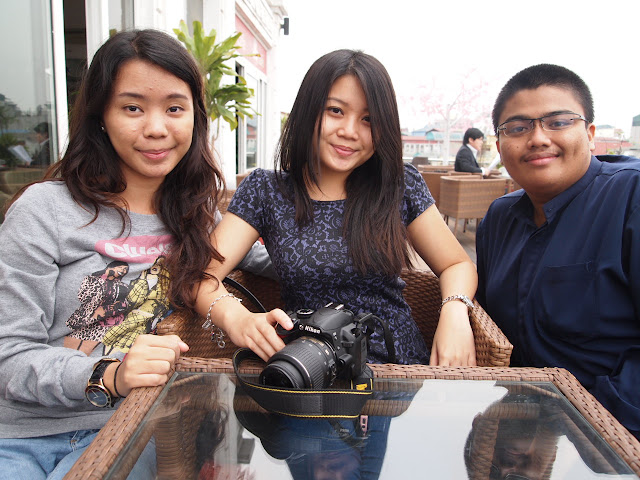 Our next museum trip was to a war museum (?) (who am i kidding they ALL looked like a war museum). 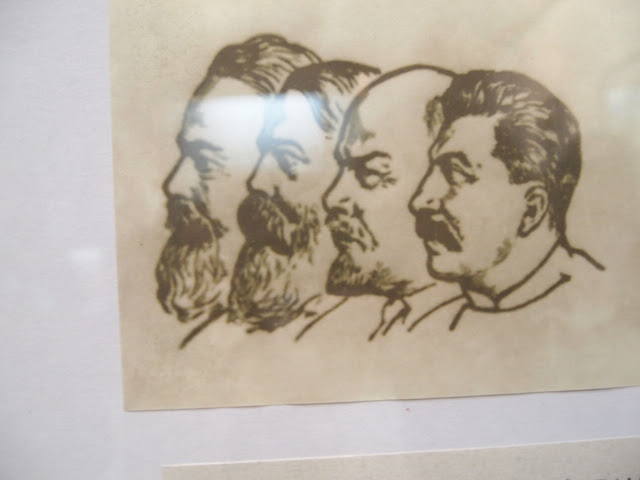 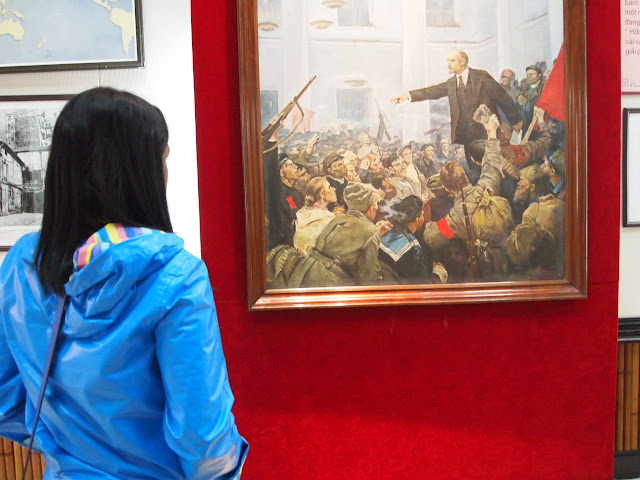 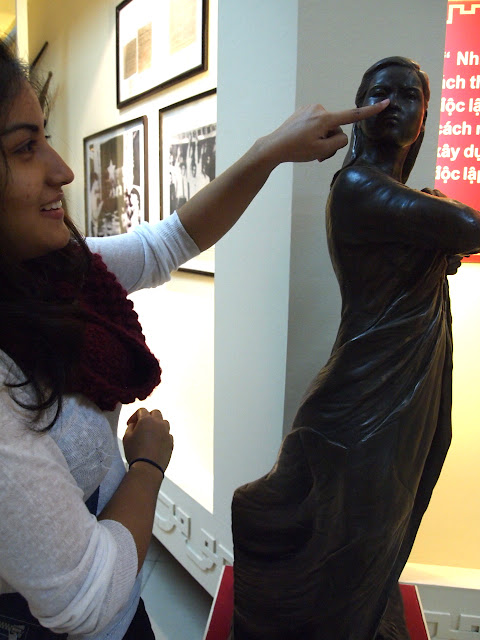 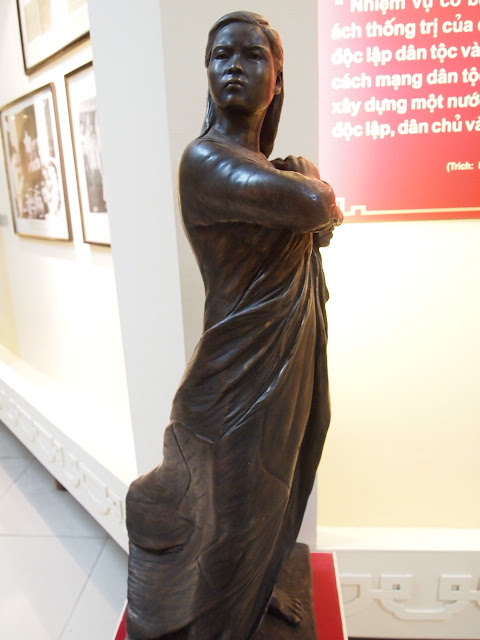 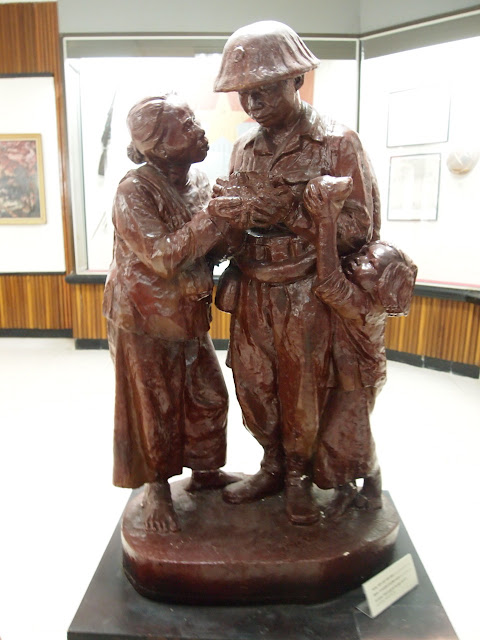 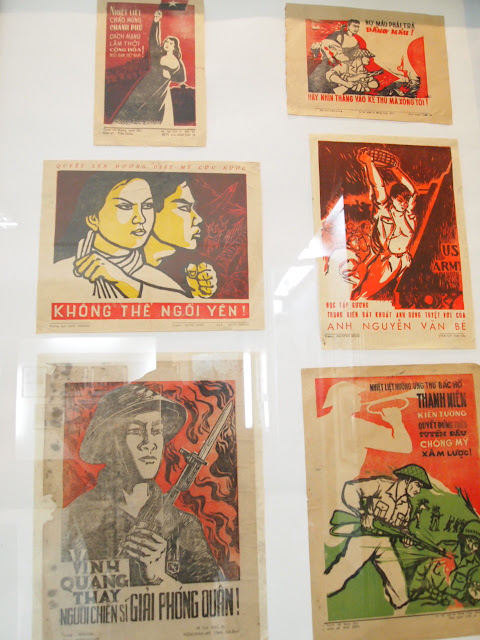 This museum was quite big so we spent about 2 hours and half there.

Can you kinda tell I don't like museums by how short my commentary about the museum trips??? Hahahahaha sorreh.

Basically the highlight of my trip (besides the shopping and the good Indian food!) !!!!! It was quite intimidating entering the place. Had to be in lines of two and no cameras were allowed. Had to be quiet. But once we were in the place, we had to walk on and no stopping for anything. Saw his body!!!!!! All bits of cool and eery. 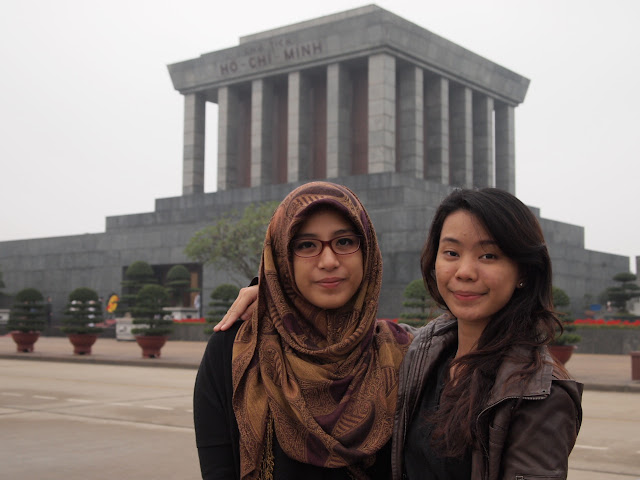 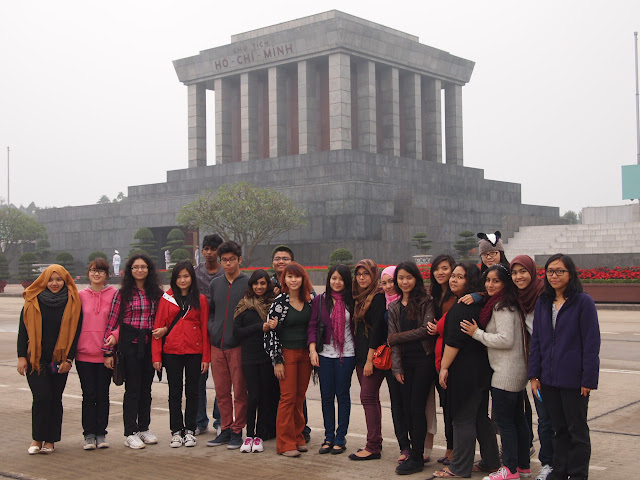 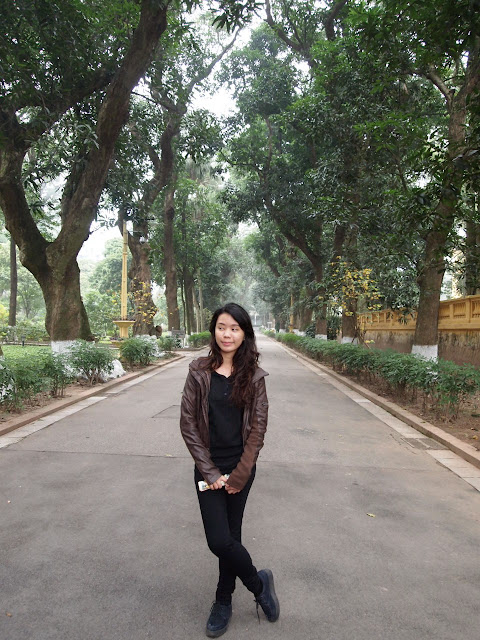 Then we walked around to get to our NEXT museum. Phew. Even Ms Dalene told us "I think we've pretty much been museum-ed out".

This was another war museum but apparently was more relevant to what we were learning for A-Level syllabus. This was probably the best museum we've been there because there were cool fighter jets and missiles.

Naturally, we had to take photos. A million and one of 'em. 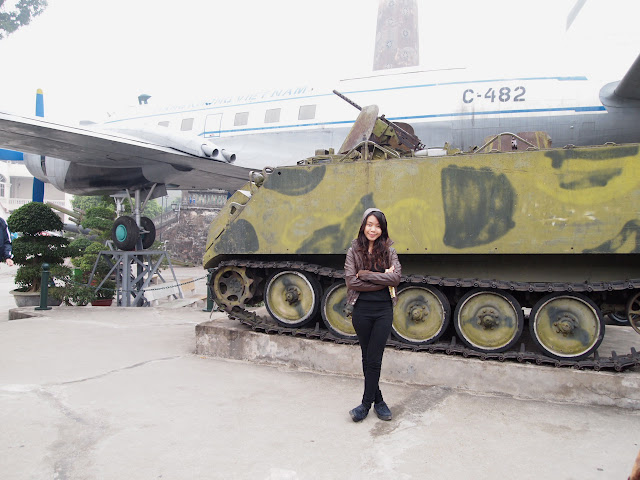 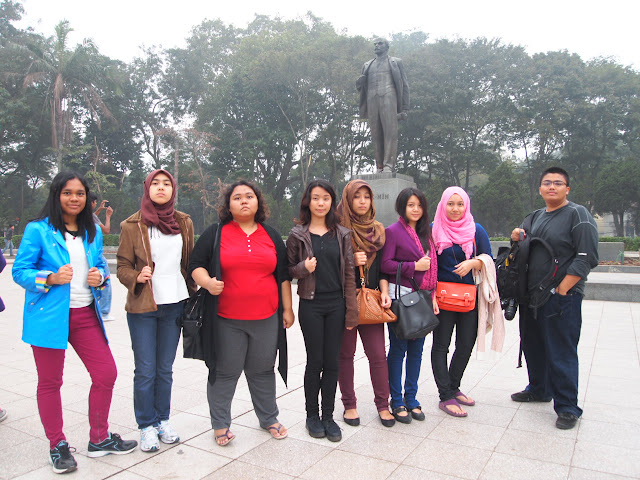 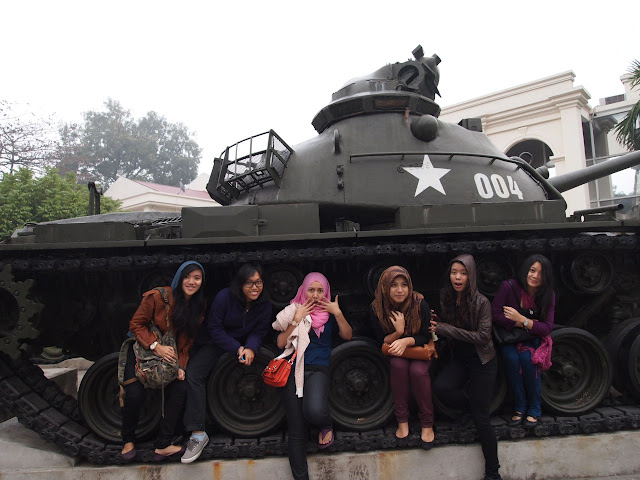 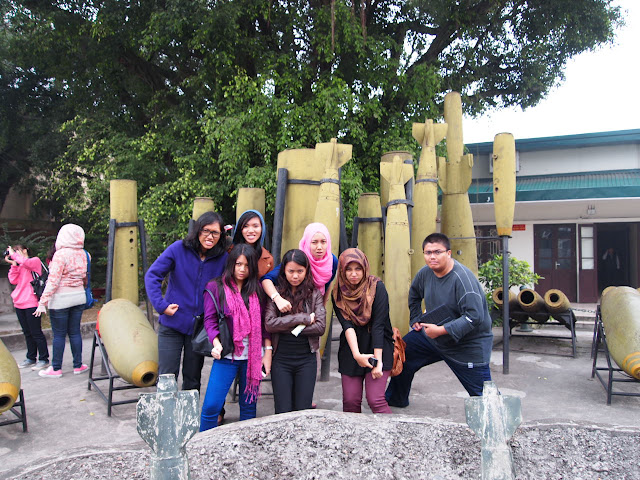 Vietnam was something different for me. The people and the environment were different. Everyone was equal. And I know that's how a communist country is supposed to work but I've never seen a place like it. Everyone was either walking or on a bike. Vespas especially! Never seen so many vespas and motorcycles in my life! Crossing roads were 10% luck and 90% courage. Brave through the endless trail of motorbikes and swerve your way across. Almost got hit by a bike but phew! Safe and sound and everything and everyone was alright.

The weather was beautiful! The right amount of cold. If Malaysia had that weather, it'd be even MORE perfect. It's scorching hot here and I've to drive anywhere with squinted eyes. I could get away with a leather jacket! When I first arrived, I looked around and the people there were wearing heavy duty stuff like jackets and coats and this and that. It was room air conditioning weather to say the least. But it got progressively colder by the day so I understood why the dressed the way they were. It would rain at night so it was colder then. Like I said, PERFECT weather. Loved that more than anything!

As for food, we had Thai, we had Indian, we had Malaysian and we had Italian. We didn't have any Vietnamese food. Mostly cause it wasn't halal and my parents would freak if I ate anything there. Walked down the streets and I'd see 'hawker' food along and well, it wasn't hygenic and I fear for my life for food poisoning in a foreign country. Hence, the maggi mee. The Indian food though... SO SO SO SO SO SO SO SO GOOD!!!!!! It's called 'Namaste' so for anyone reading this who might want to go for a trip to Hanoi, please make your way for some really amazing Indian food. Reminded me of Khans in London! So sedap mengs. Maybe I'm being blinded by my love for Indian food but it's seriously damn sedap k.

Shopping was fantastic. Hahaha. I bought so many things home! Bags, wallets, pouches, posters, tshirts, tidbits. I loved everything about the shopping there. As typical foreigners, of course I got the tshitrs there as souvenirs. But there were abundant amount of bags and wallets all handmade and all in the most gorgeous colours and in the most gorgeous patterns. I'm gonna take a photo of it and show you here to show how vibrant they all are. I LOVE IT.

Overall, Vietnam surprised me. I went half heartedly because I kinda wanted to be home for the long weekend. But Vietnam was soooo good to me! The hotel room, the shopping, the food, the museums, the weather, the company, the everything!!!! I know myself that I don't think I'd go again but I highly recommend it to all who might want to enjoy and see a different culture and lifestyle.

Just word of caution : hold on your things tight and don't worry about the traffic. The Vietnamese know what they're doing.

Cảm ơn, Viétnam! (That's Thank You and pronounced 'kam-en'. But of course, I said along the lines of 'komma' til the very last night!!)
Written (technically typed) by Nadia Zainudin at 3:06 AM