Anyahangseyo!!! Hahahahahaha my friends are so incredibly peeved that I say this now following my ridiculous obsession with watching Running Man as of late. They just roll their eyes and go all, "Nadia stay strong please you cannot succumb to K-Pop please!!!" hahahahaha I even have a How To Speak Korean app on my phone....... I promise this is just a phase okay guys relax there

This past week, I've watched 2 movies ; Love, Rosie & The Maze Runner. Love, Rosie was sooooo lovely to watch, but yes, I admit it is also very predictable and similar to any love story but I don't know what about it that was so sweet throughout the movie. Lily Collins is really THE most beautiful young actress at the moment. She is so stunning without being so in your face sexy. She reminds me of Audrey Hepburn and the whole time she was on screen I would just mutter how beautiful this girl is!

The Maze Runner was also very good! Had the whole Hunger Games vibe which is what I love! There's a young actor in the movie who was so brilliant, man. Like, ridiculously good. I was so in awe of his acting.

I also got to meet my fellow hermit-like friend, Azam. We used to go out all the time but I live quite far from him so we hardly see each other now (buat gaya macam tak duduk sama city!) so it's always nice to see him even though just for a bit. I miss a lot of my friends actually and there's going to be a KYUEM Reunion in London soon and I was like the first 5 to hit the 'Join' button on Facebook ahahaha can't wait to be reunited with bestie budsssss from all over the UK. 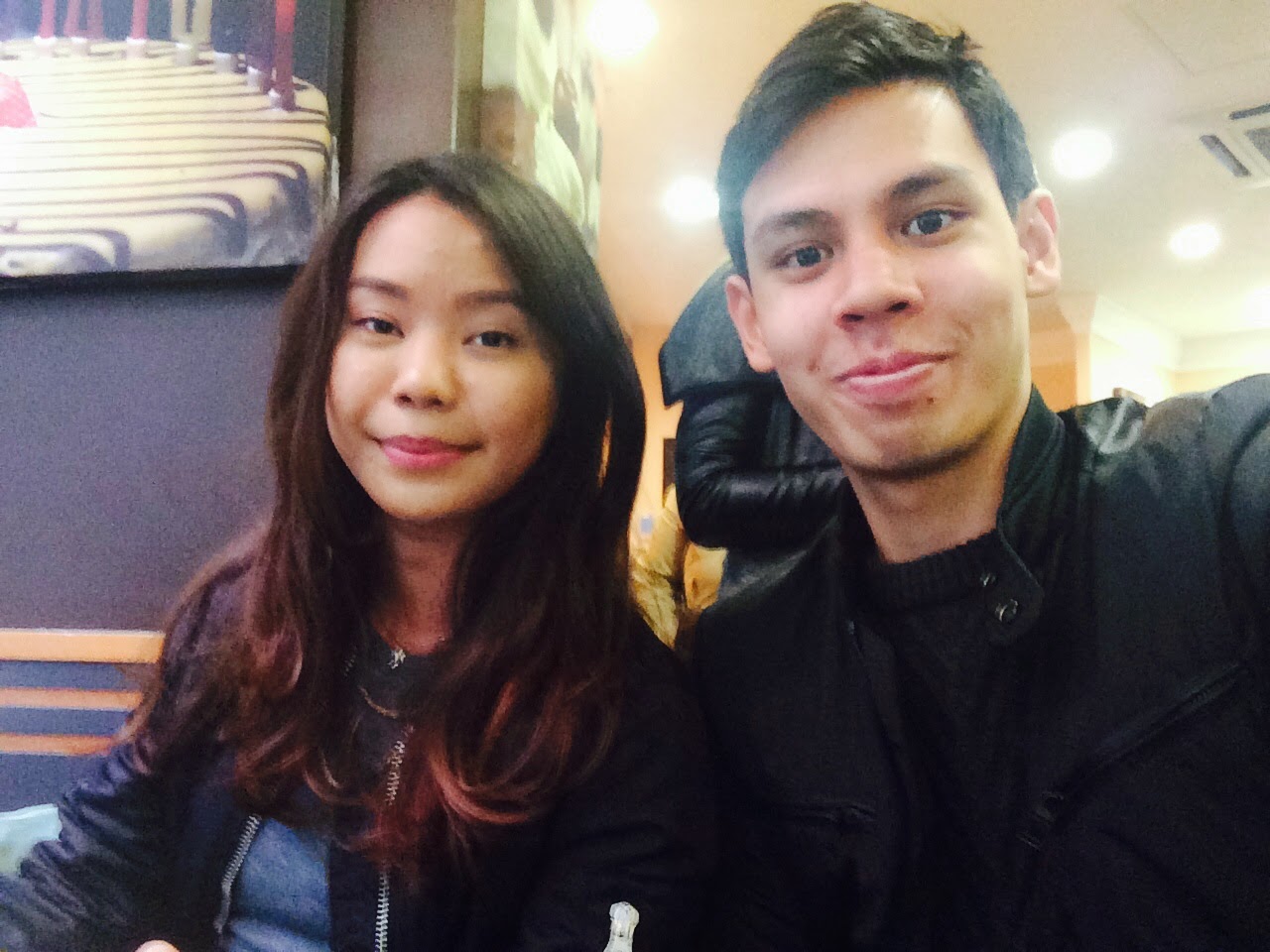 Before that though, I was in Pull & Bear and found this olive green long coat. And absolutely fell in love. The previous time I was there I saw someone trying it on and there was no more in my sizes so I just passed on it. This time 'round I grabbed it and whizzed to the fitting room. It is ridiculous!!!! I rarely like something so much that I texted my mum straight away, of course I still have to ask her permission because it was quite pricey-ish according to me. I started the text by justifying that I've only had ONE coat to last me all of last year (this is true, guys) and that I think it's highly reasonable for me to get a new one to last me all of THIS year, I mean it makes perfect economical sense. My parents have always been kind and very very generous so even before sending the text out, I knew she would say yes to the coat because it's not like I have 15 other coats waiting to be worn. But I just felt that I should let her know and getting a proper 'Yes ok' before I could run back to the shop and snatch it from someone else if I had to!

Ok over but don't underestimate a girl who wants what she wants.

I super looooove it and it's so cool and understated and so wearable despite it being green. My faithful one is from Topshop and it's just a plain black one that I'm sure the whole of UK has seen me in because I wear it all the time. 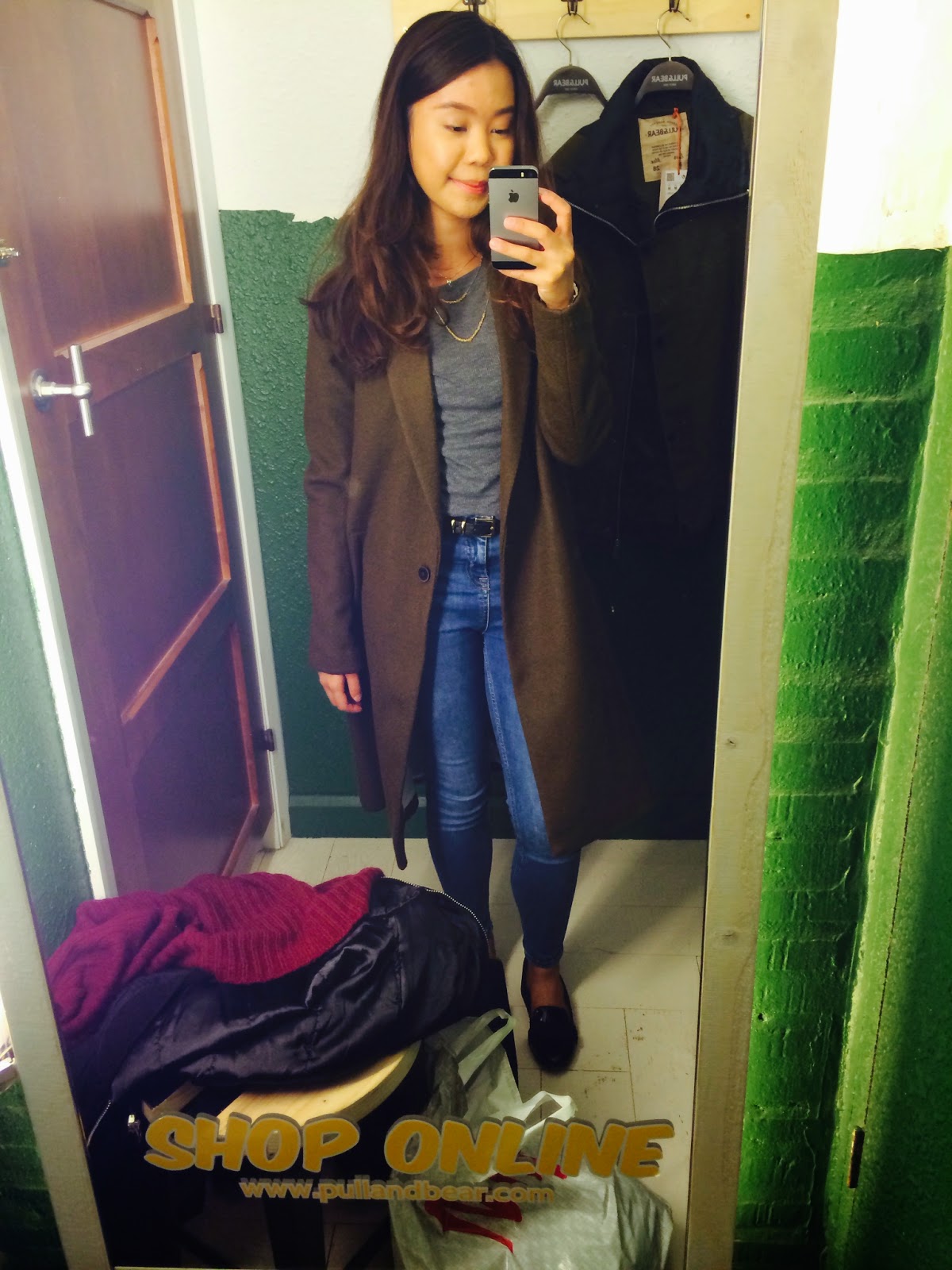 I was also deciding if I should get this cape from Pull & Bear. I LOVE IT LIKE CRAZY and some people might hate it or love it but I don't know why I like it so much! It's not going to keep me warm at all but it's soooooooo nice I love it. It's been a current trend these winter to wear a cape. I saw a lady wearing one at Paddington the other day and she looked so effortless. It's kinda like an outfit rescuer. Wear a boring jumper underneath and this cape and you look like you took so much effort to dress that day hahaha this cape pretty much useful lah like how it's useful to Superman...... what idk what I'm rambling on about. 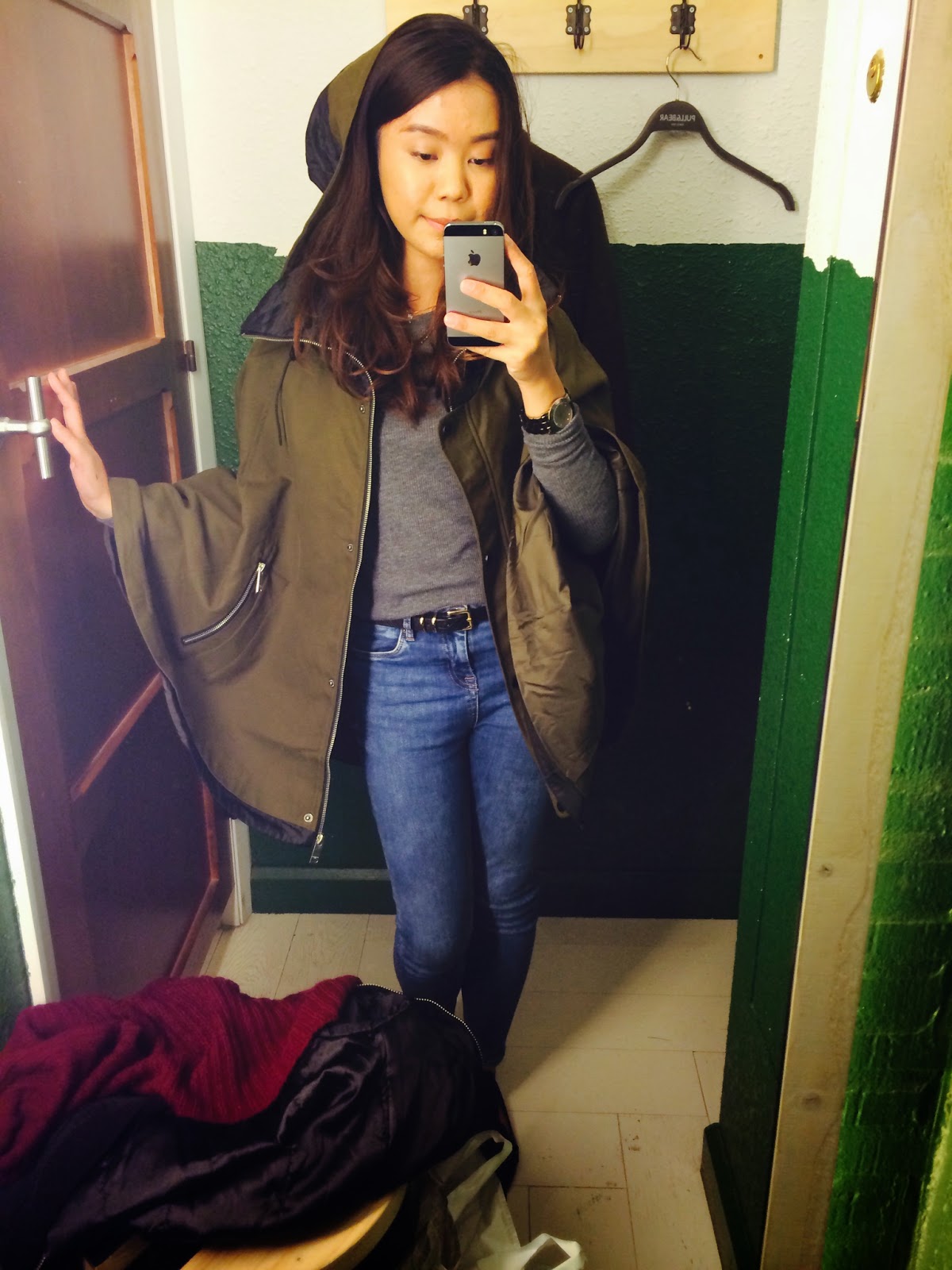 The more reasonable and more sensible part of me would say no but the impulsive shopper part of me says it's really cute and YOLO.

My bruva is coming to Bristol tomorrow and wants to go winter shopping so yay more reasons to go window shopping again. Mum, being mum, texted me saying to take photos with Zaim and send them to her. Haih, mum just say you miss us k!

Hope you have an eventful weekend, everyone!

x
Written (technically typed) by Nadia Zainudin at 8:22 AM