I think I should start doing this Current favourite things every month so that over the months and years, I can see how much I've changed or not. 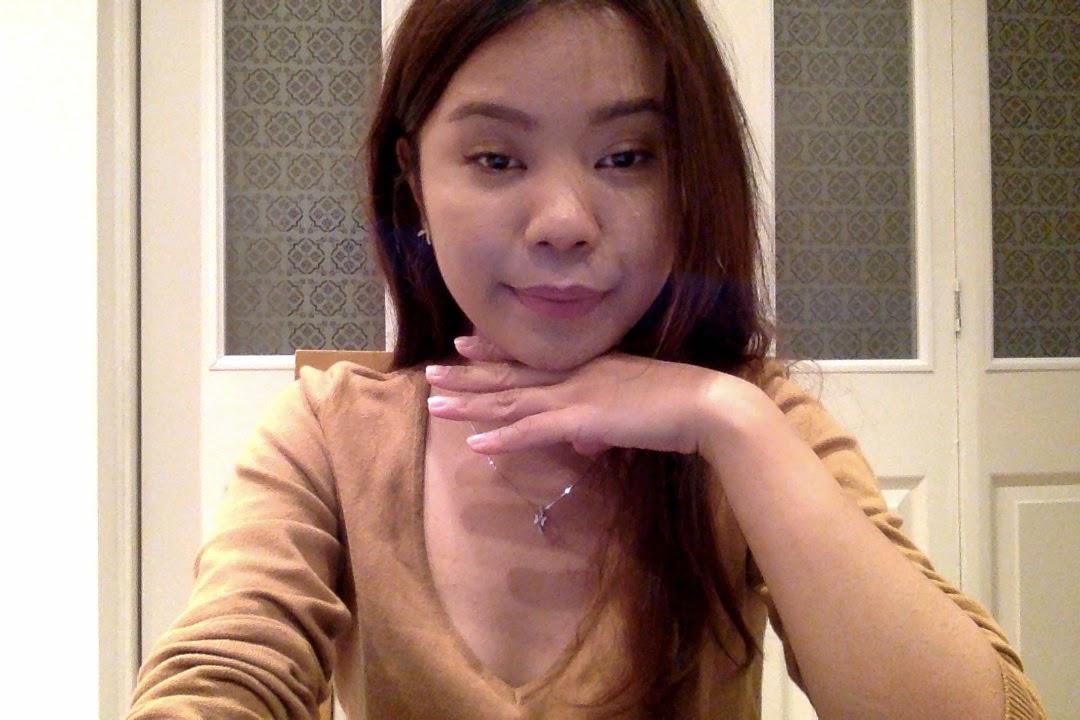 (also 'cause I got nothing else to blog about!)

Justin Timberlake's 'Cabaret' from his second 20/20 album. SO good! I loved the first album like crazy and had it on repeat for weeks but I didn't really get the same vibe from his second album. Til I discovered this song! SO good!

And I was in Izmal's room the other day and he had this song played on his Spotify and I thought it was so gangster that I had to have it on my own Spotify. It's 'Gangsta' by Kat Dahlia (lol) and it's damn good! And of course, I'm still on my Ariana Grande kick (Break Your Heart Right Back and My Everything are my favourites!) so sue me.

Ahhhhhh all my favourite TV shows are BACK! So that basically means two je; Grey's Anatomy and Scandal. Obsessed! And if that was not already enough for TV goddess, Shonda Rhimes, she just HAD to come up with a new one - How To Get Away With Murder. It's only been 2 episodes in but my God, it is AMAZING! Sooooooo good, really really! Go watch!

And how can I forget? Guys, please believe me when I say I'm not a K-Pop fan but the other day, I texted my good friend Olan and he told me he's been watching Running Man and I just so happened to be on my laptop with nothing to do so I Googled it and got on the first link that came up (that's kshowonline.com, guys!) and I. Have. Not. Stopped. For. A. Second. It's the MOST hilarious game/variety show ever. I can have it on for 2 minutes and already laughing like a mad person. On occasions, I even have to give myself a break from laughing so much! It is soooooo entertaining! WATCH!!!!!!! You can watch pretty much any random episodes because it goes by themes so all episodes are different. You'll get used to their game style and the main leads of the show (#teamKwangSoo) by the 5th episode. And trust me, after watching one, you WILL be watching more.

What's new? I haven't been catching up with any movies lately. I think the last movie I went to the cinemas for was The Fault In Our Stars (in which I cried ridiculous amount of gross tears and snot) and that was pretty much it. I really wanna watch The Maze Runner and The Judge though! So off-putting lah the cinemas here what with it being so expensive. It's okay, more reasons to stay home and watch Running Man (no, guys, seriously, go watch, I am not kidding)

It had been a pretty frustrating weekend so I decided to channel that same frustration into my shopping. I bought a pair of shoes which seems and looks very inconvenient now with the UK showing its true colours (temperature dropped like don't know how to chill like that and it rains allll the time!) but there were so pretty and cool that I had to get it. I also took advantage of the 20% student discount hehe peace peace kacang peas. I bought a new jacket also because I was in need of something light and water proof. Also, it was pretty. 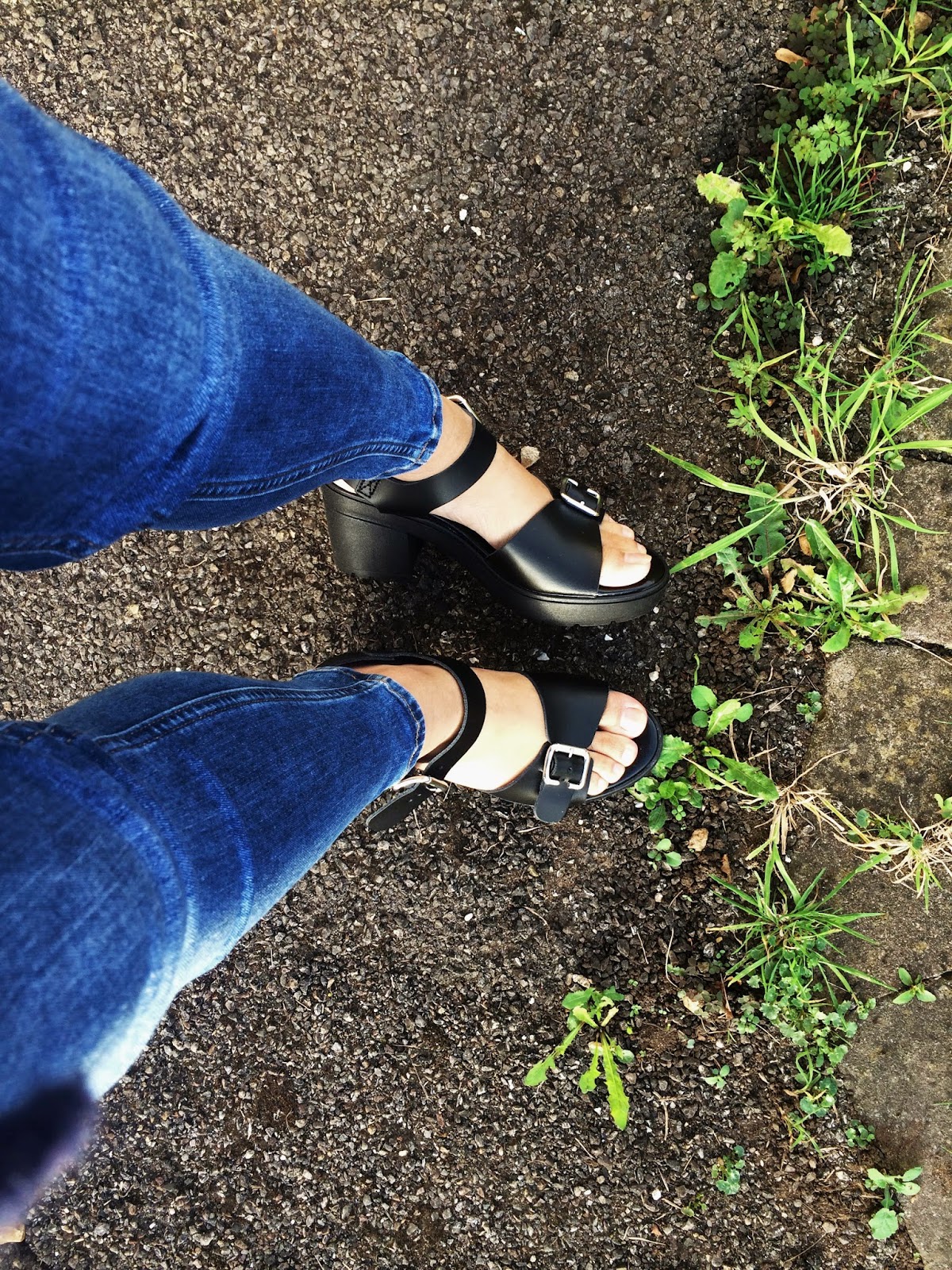 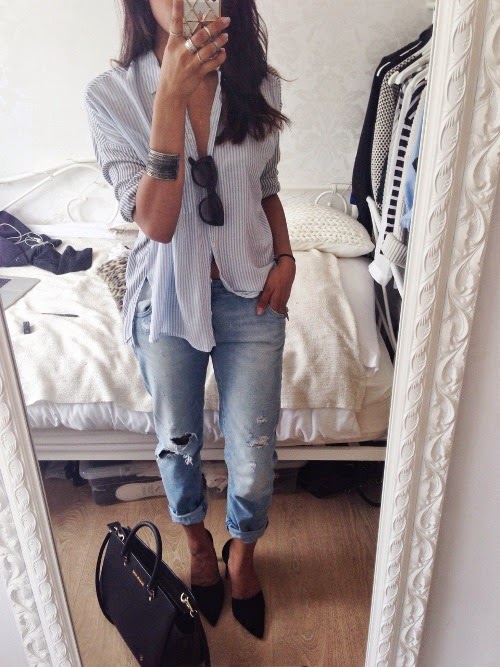 This is not me btw, I wish it was. She looks so effortless cool and so put together even with the ripped boyfriend jeans and button all undone. So sexy but still so cool and chilled. Dream.

P/S : I'VE JUST DISCOVERED THE AMAZINGNESS THAT IS HIGH WAISTED JEANS. Covers your protruding belly from lunch and dinner and is so flattering throughout the day. I bought my first pair the other day because figured I could use some change in my life hahahahahaha sad

So this is basically the part where I show you some of my favourite current quotes and photos on Tumblr. 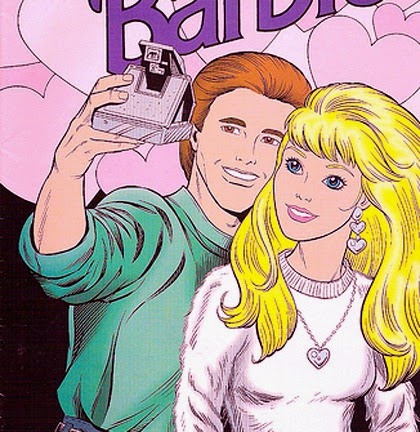 There's still a 6 year old Barbie obsessed girl rooted deep in me and so I thought this was the cutest thing alive! The Tumblr caption that came with it was "The revolution of selfie" hehe how cute Barbie love you xx 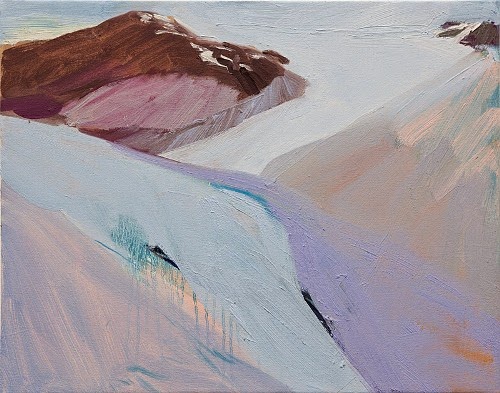 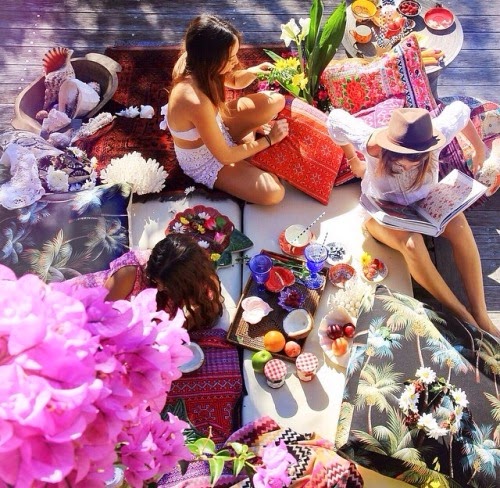 I saw a quote on Tumblr,

"Treat her like you're still trying to win her, and that's how you'll never lose her"

And I agree so so much on this! I think sometimes boys can think they should just put in all the effort when he's trying to date the girl and lose it gradually when they've become a couple. You shouldn't. What's a bouquet of flowers here and then and what's going on surprise romantic dates on a Wednesday evening? It's always fun to keep things new and fresh and not act like an old couple.

But, I also feel like it should be the effort of both the guy and the girl; guys shouldn't be the only ones trying, the girls should also equally be a part of it and should also treat the boy like how you guys were even before courting. It's the 21st century girls, show your man some love every once in a while and shower him with hugs and kisses and gifts and surprises every now and then. He'll be reminded of why he fell for you in the first place.

Ok so that's my current favourites as of October 7th 2014. I'll **try** to be good with this and keep it a monthly thing. Let's hope I don't forget!

Hope you have a lovely week ahead of you! And if it hasn't been a good one so far, go get yourself something really good to eat and stay in bed and watch Running Man. I swear, laughing is the best medicine. It was and still is, for me.

xx
Written (technically typed) by Nadia Zainudin at 7:06 AM