I went for the Ed Sheeran concert........ AHHHHHH still so hyped over it!!! It was an amazing gig! And that's the best part about the whole thing, it was more of a 'gig' than a 'concert'. Beyoncé's was a real concert; with dancers and a whole band and costume changes, all that jazz. But Ed Sheeran was so chilled, he got on stage with no impressive huge headlights or any countdown or anything of the sort. He just sorta walked on stage, grabbed his guitar and started singing. How amazing, right?? Ahh I was in awe of such talent!!

I practically jived and danced and sang along to most of his songs. He was incredibly interactive with his audience and we sang so much of his songs, it looked like we were part of a massive gospel choir!  Really, if you are anywhere NEAR a fan of his, you should go for his concert if ever he comes to wherever you live because that man can perform his heart out and he really looks like he's into it 100% for every show he does. I think coming from such a difficult background makes you more appreciative of what you have kan so I thought that's how he has his mind set to. Damn brilliant, blew me away!

Of course, when he crooned to Thinking Out Loud (one of my favourite songs to ever exist ever in all of history), I was stunned. My favourite song to be performed live??!?!?!?! YES EVERYDAY PLEASE! Singing along with the crowd to Ed Sheeran playing right in front of my eyes was really something. Chills all over!

But of course, what is London without it's chaos?

The concert was a last minute thing for me because up til that weekend, I couldn't get hold of tickets at all. They were all sold out and the resells were so expensive! Finally on Twickets, someone offered 2x standing tickets for the Monday show. Booked my bus ticket and right after my morning class, I headed straight to London.

What is Bristol without its persistent rain? Waited at the Megabus stop by UWE for half an hour in the freezing cold and the rain was ridiculous. The bus was so late that I even managed to send out a tweet to them and ask where the hell was their London-bound bus. When I finally got on the bus, I didn't think it was going to be a 3 and a half hour journey because there was some accident and it stalled us like crazy! I was already getting so anxious because I kinda wanted to get to O2 relatively early to get decent standing spots. So frustrated. AND it was raining and I had this heavy bag lugging around with me. Of course in true Nadia manner, I somehow got on the wrong tube and I was already late as it is!!!!! And when I did get on the right tube, that tube stalled for 10 minutes?!?!??!?! WHAT????? WHEN DOES THAT HAPPEN??? Went to Diy's house, plopped my things there and rushed out the door with her to O2. Ridiculous. I felt so sorry for Zain who had to wait for us for so long and he was so patient about it! Blessss him.

We did get decent spots in the end and I can't help my height (or lack thereof) so I still had to stand on my tippy toes to see Ed. But that's the thing though about his shows, you could be all the way up and blindfolded and still have a damn good time! I wasn't complaining at all (maybe 'cept for the annoyingly mushy couple in front of me who blocked my view!) because I was too busy singing along and dancing and screaming with Diy to be peeved about my whole day leading towards the concert.

Thanks for the gorgeous night, Ed Sheeran!!! Now time for me to stay in Bristol and be a good girl hahaha xx 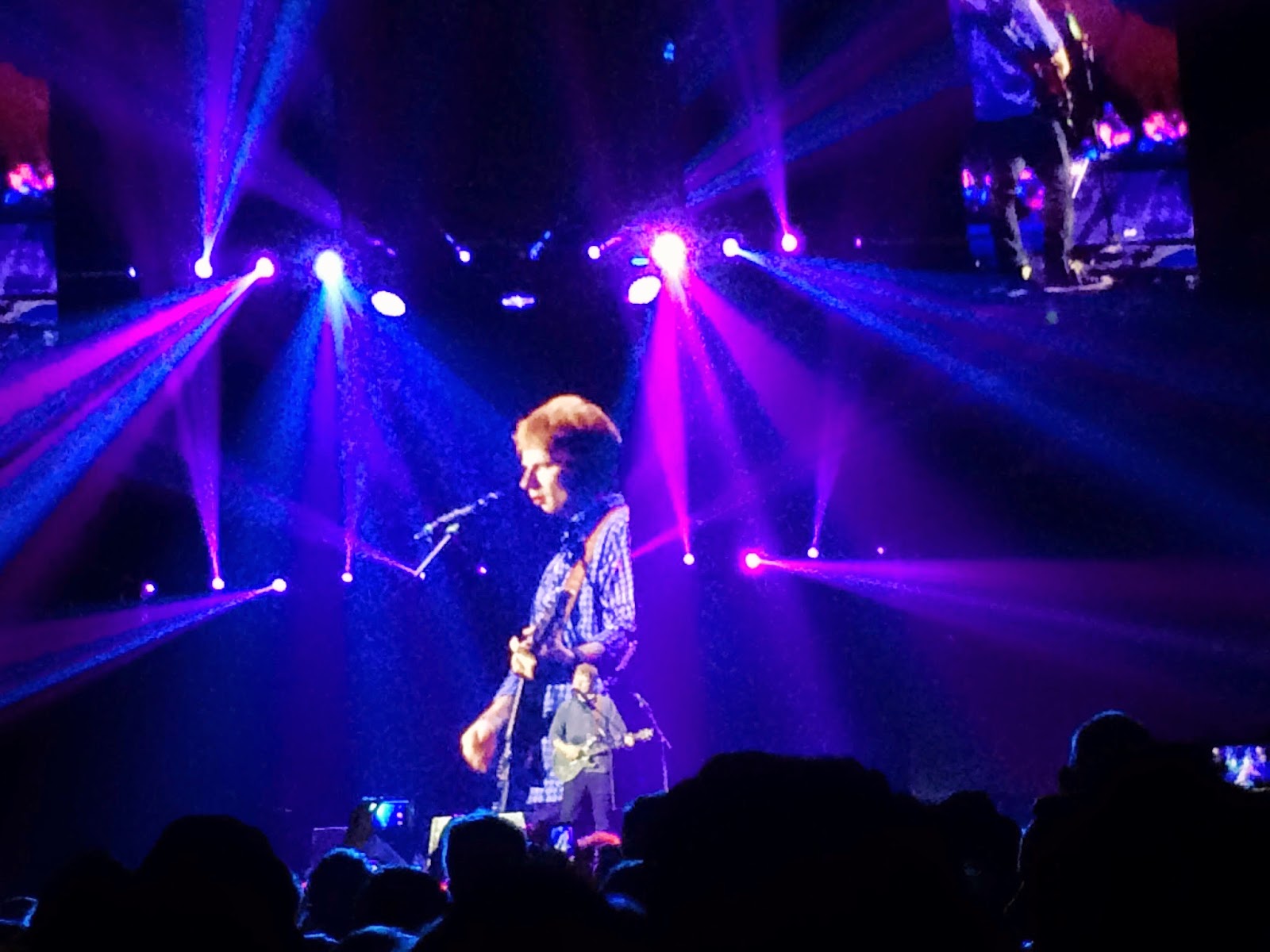 Written (technically typed) by Nadia Zainudin at 12:43 AM