Last weekend was super fun - the most fun I had in ages! Started the weekend with having friends over to Bristol and I took them places....... ok so places would just include lunch at Zaza's Bazaar and then we aimlessly walked to find 'coloured houses' because apparently that was what Bristol is known for. Yeah, so we walked here and there because Nens was super determined to find these 'coloured houses'. We did find some houses that were coloured but they were depressing and did not look like anything like how they were pictured on the magnet that Nens got for herself and so we just took obligatory photos and left for the Clifton Suspension Bridge.

It was already super dark and cold and windy so we were at the bridge for just a little bit - Bristol is pretty beautiful at night and when all the lights were lit. 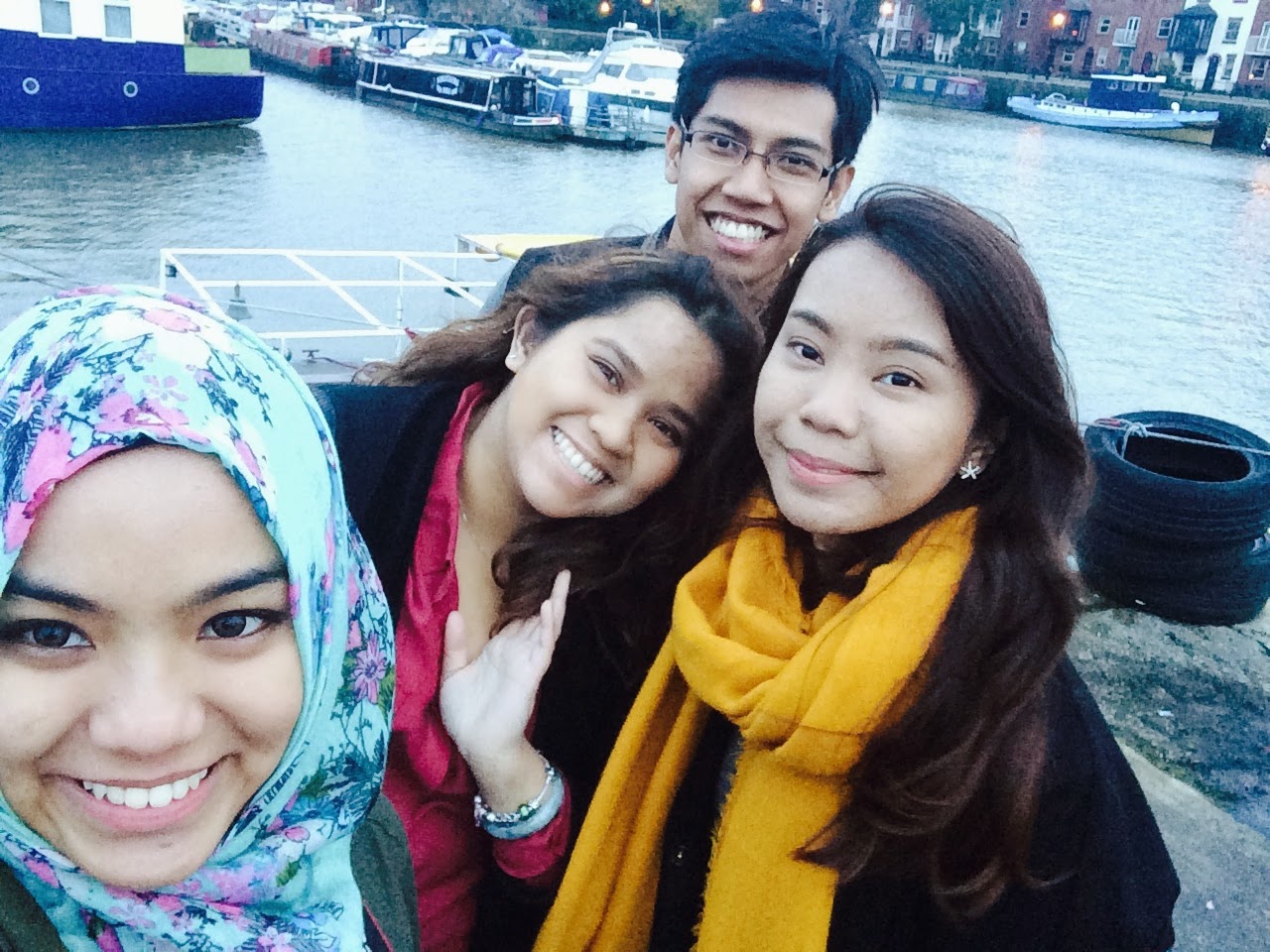 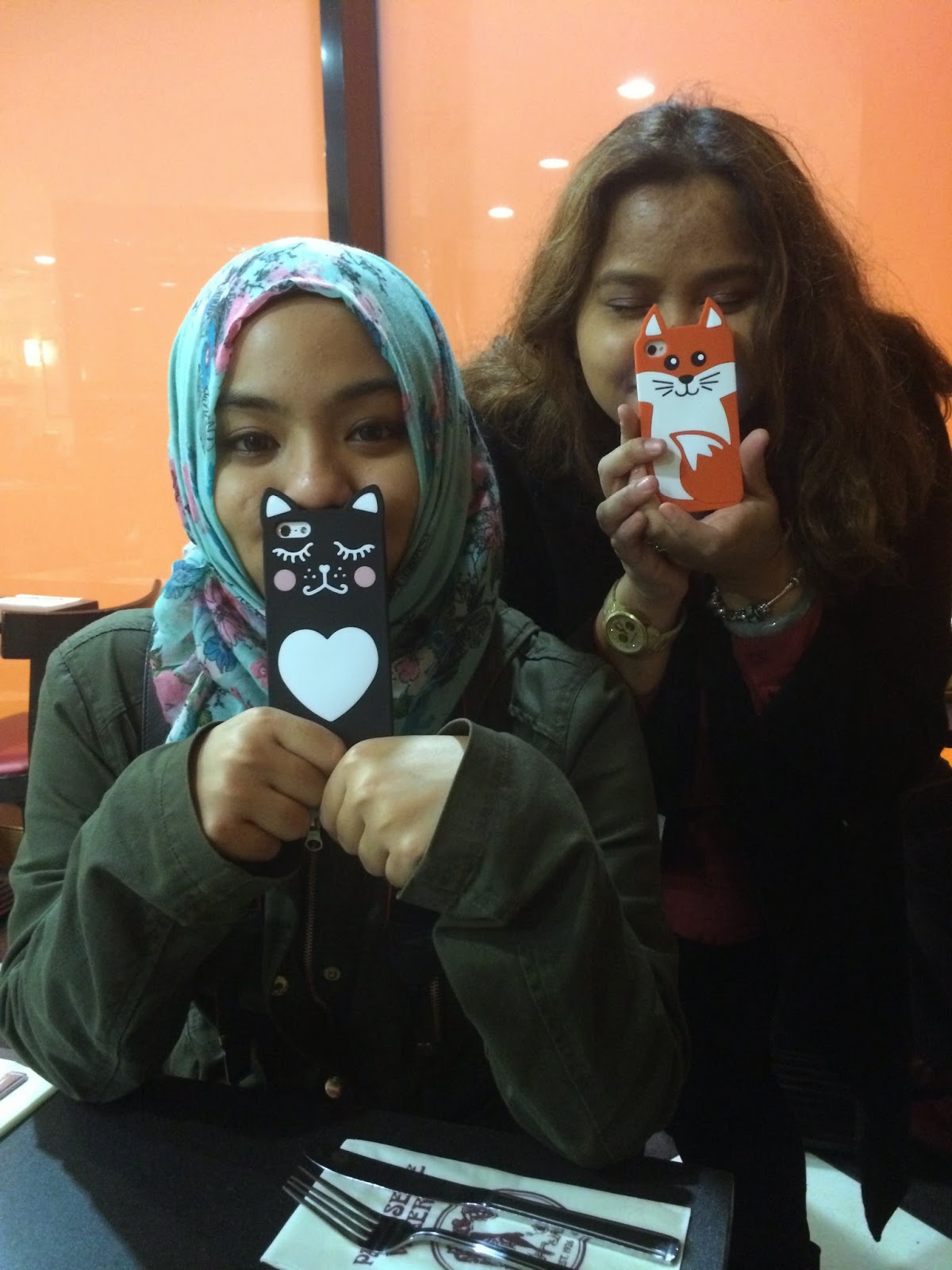 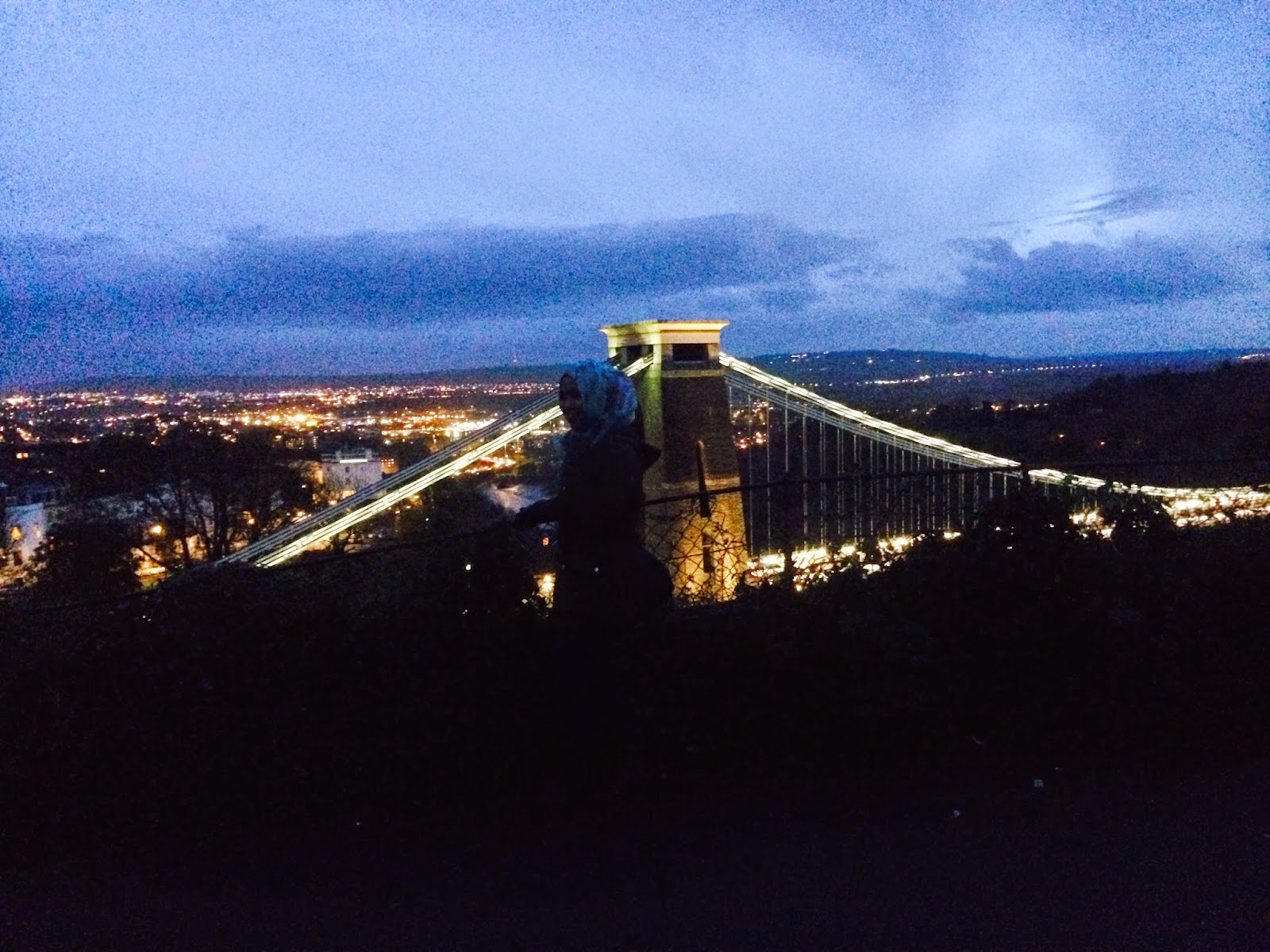 Left for London with Fazmir along at 1pm the next day and settled down at Diy's place before leaving again for Syazwan's surprise do. Met up with Azam because it was a potluck thing so seeing how we were traveling from Bristol, we didn't bring anything along from home (not that I was going to cook up anything but y'know) so we settled for Tinseltown's chicken wings. Didn't get to try them because everyone else brought other things so I was busy eating that lol

But the surprise was a success, nevertheless! It was so nice meeting everyone again! I miss dinner parties like how we would do in KL. It's a bit more difficult to gather everyone as 2nd year becomes more and more hectic so when we do meet up, it's really fun.

We played Heads Up (and we separated into Boys v Girls so it was even more kecoh and intense) and Mafia which was EVEN more intense because if you've played the game, it's basically just blaming and betraying each other hahaha but was so funny and fun and kinda wanted to play it the whole night. 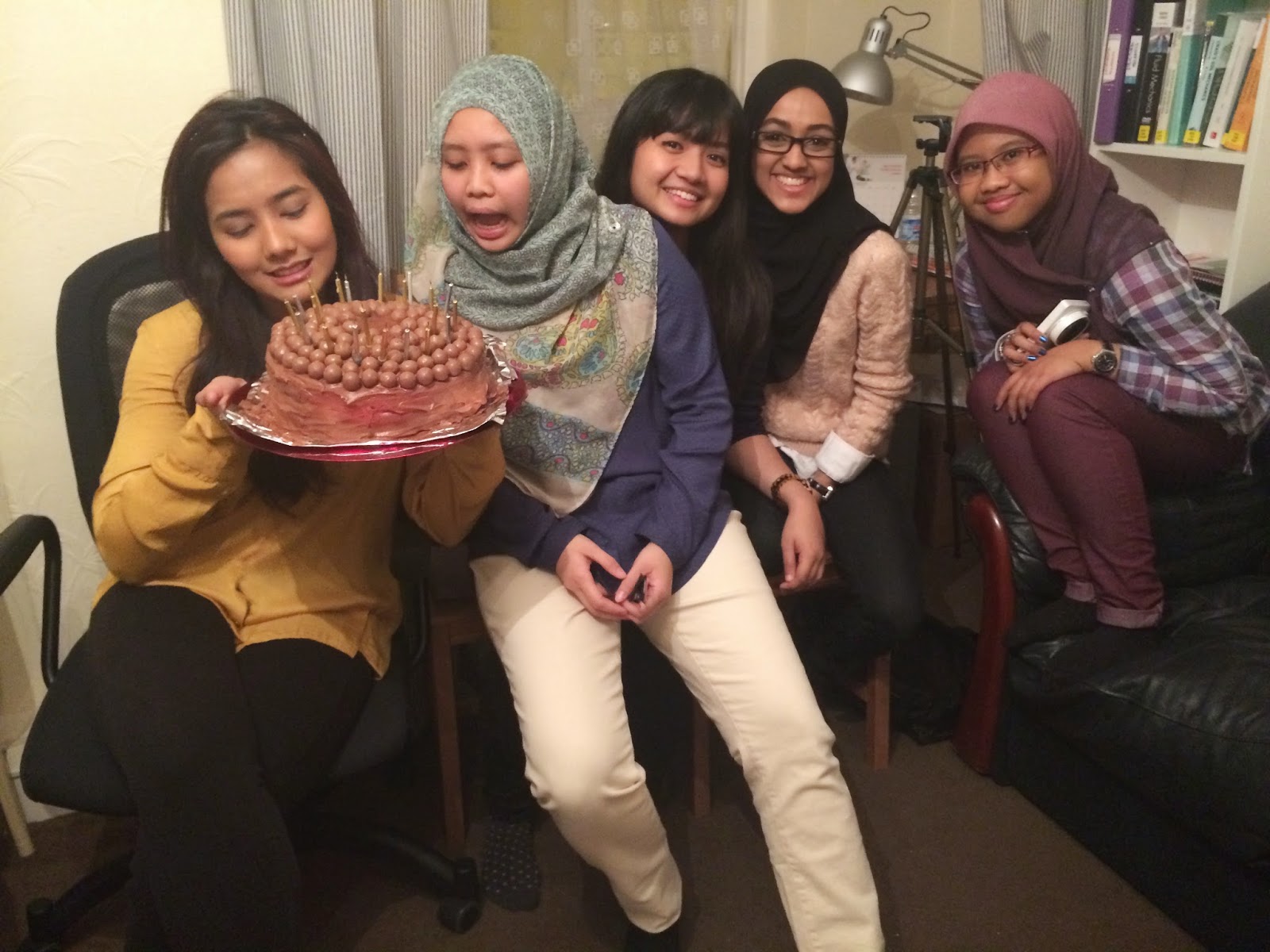 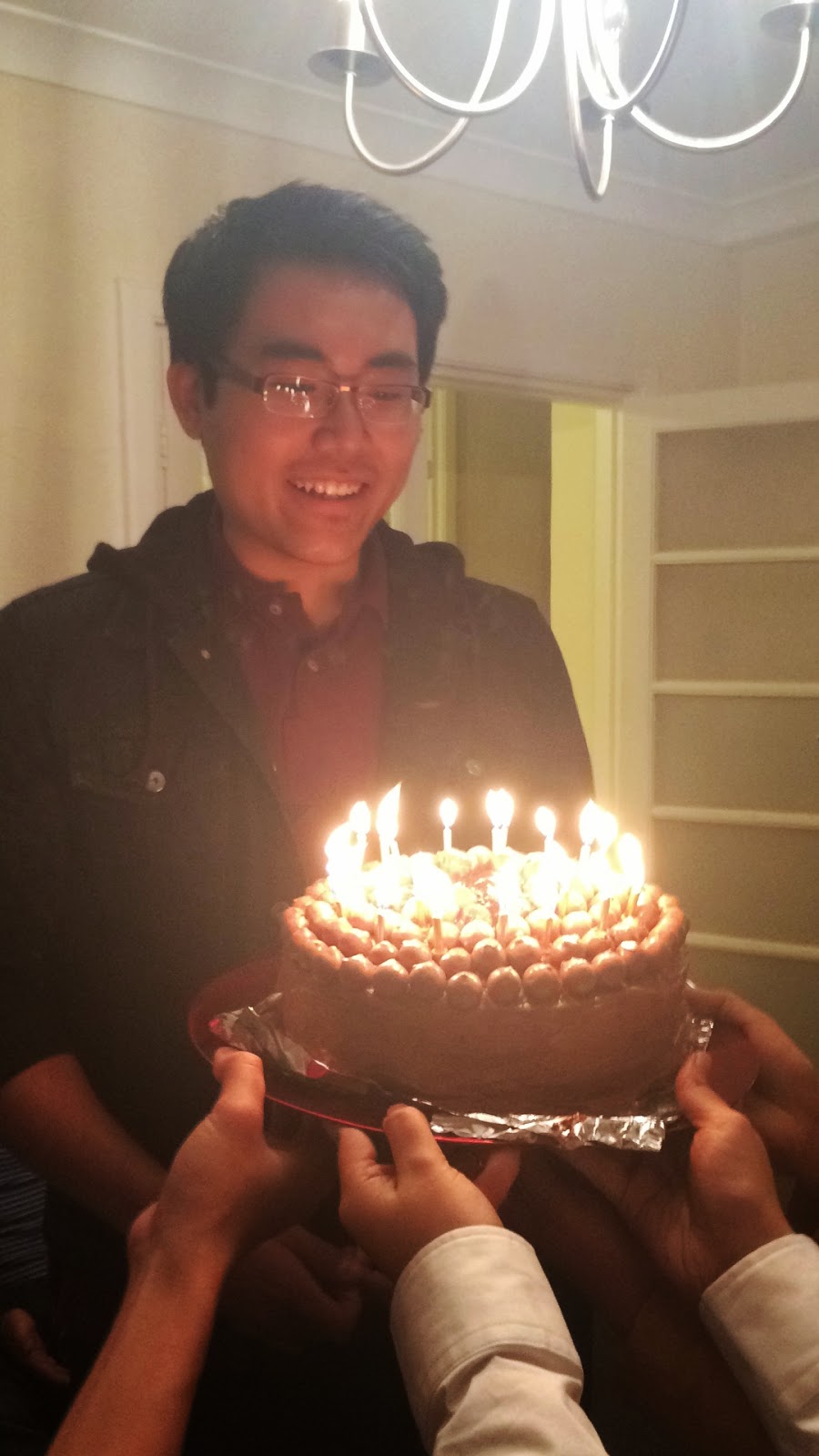 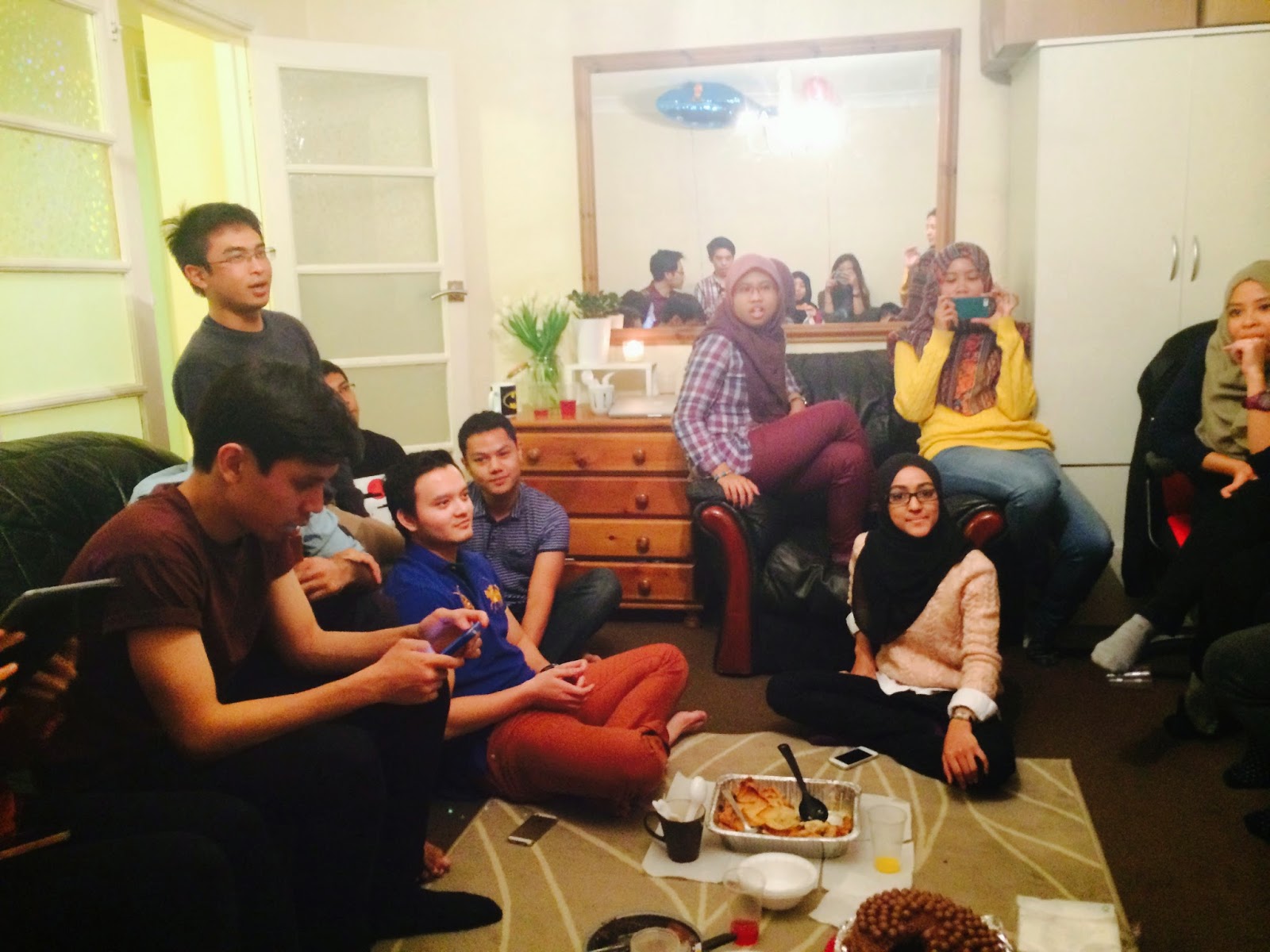 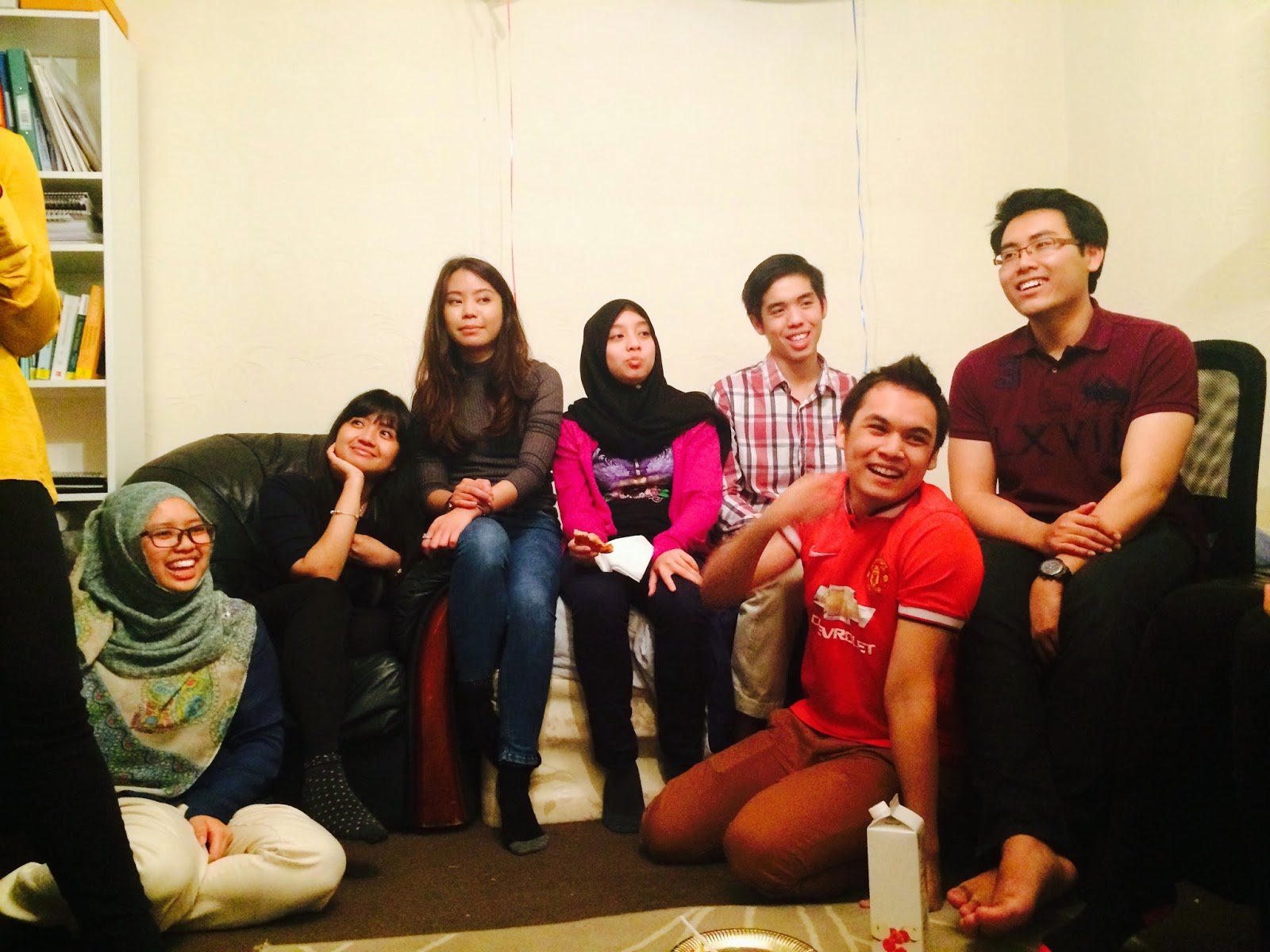 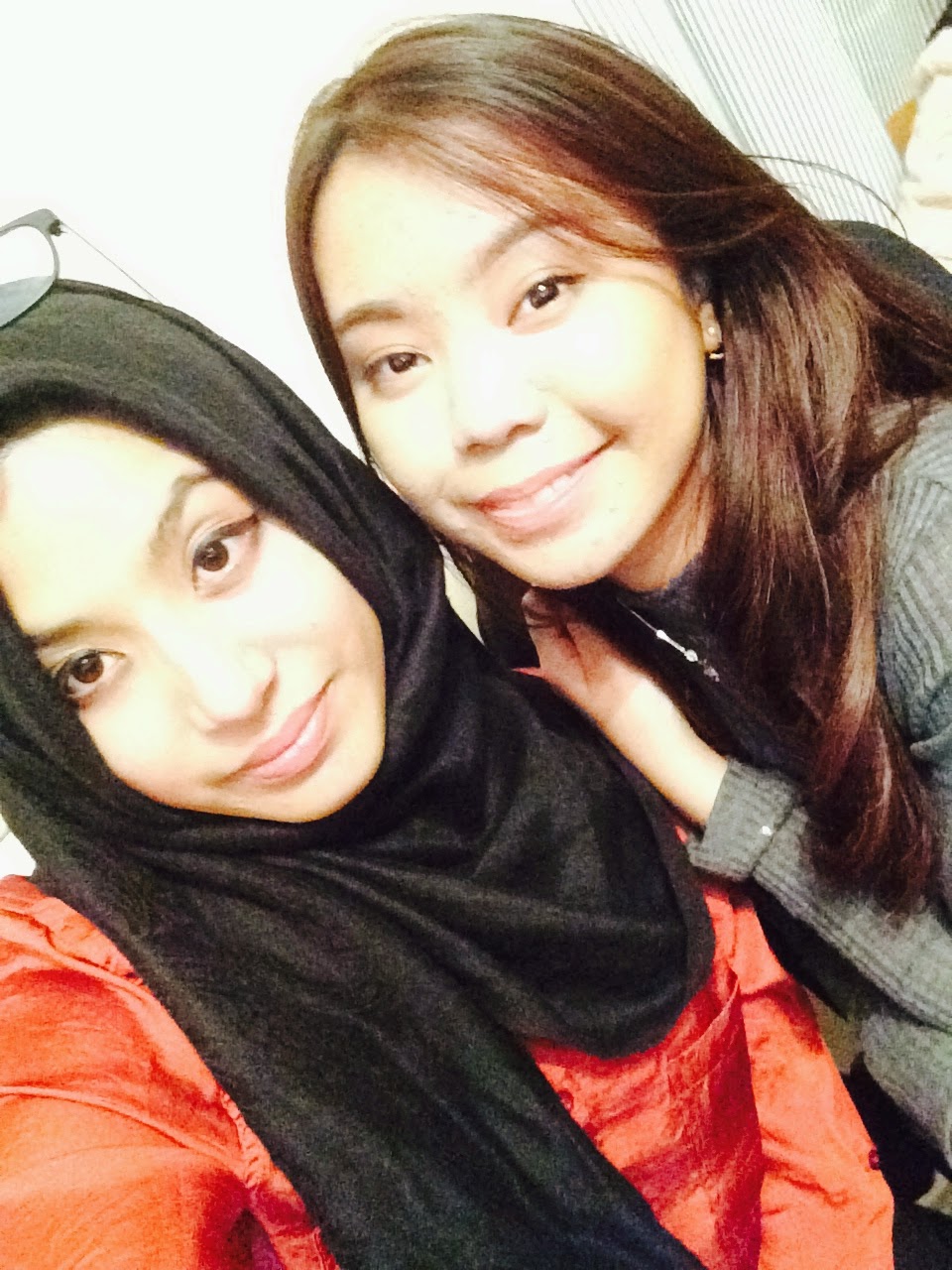 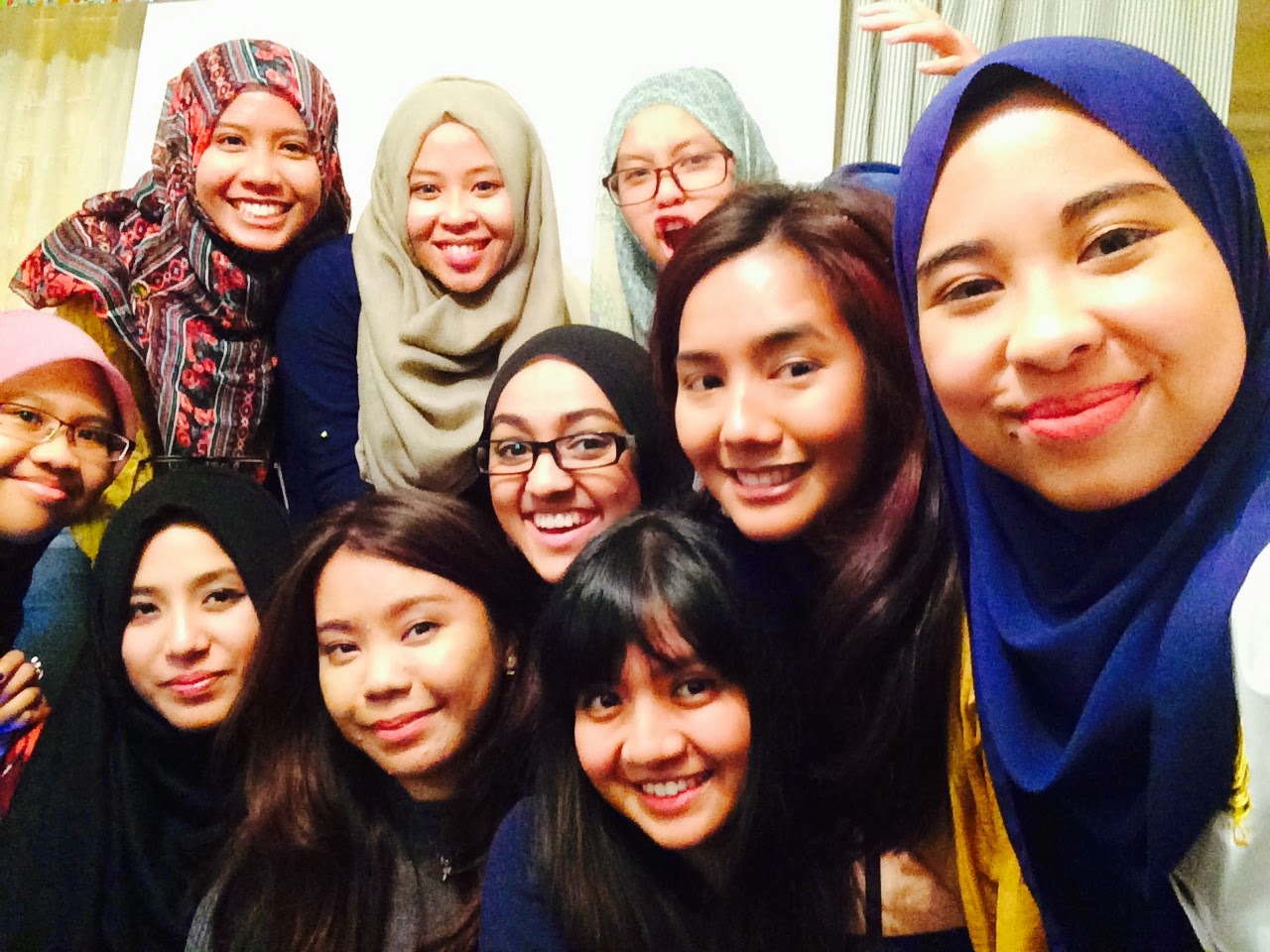 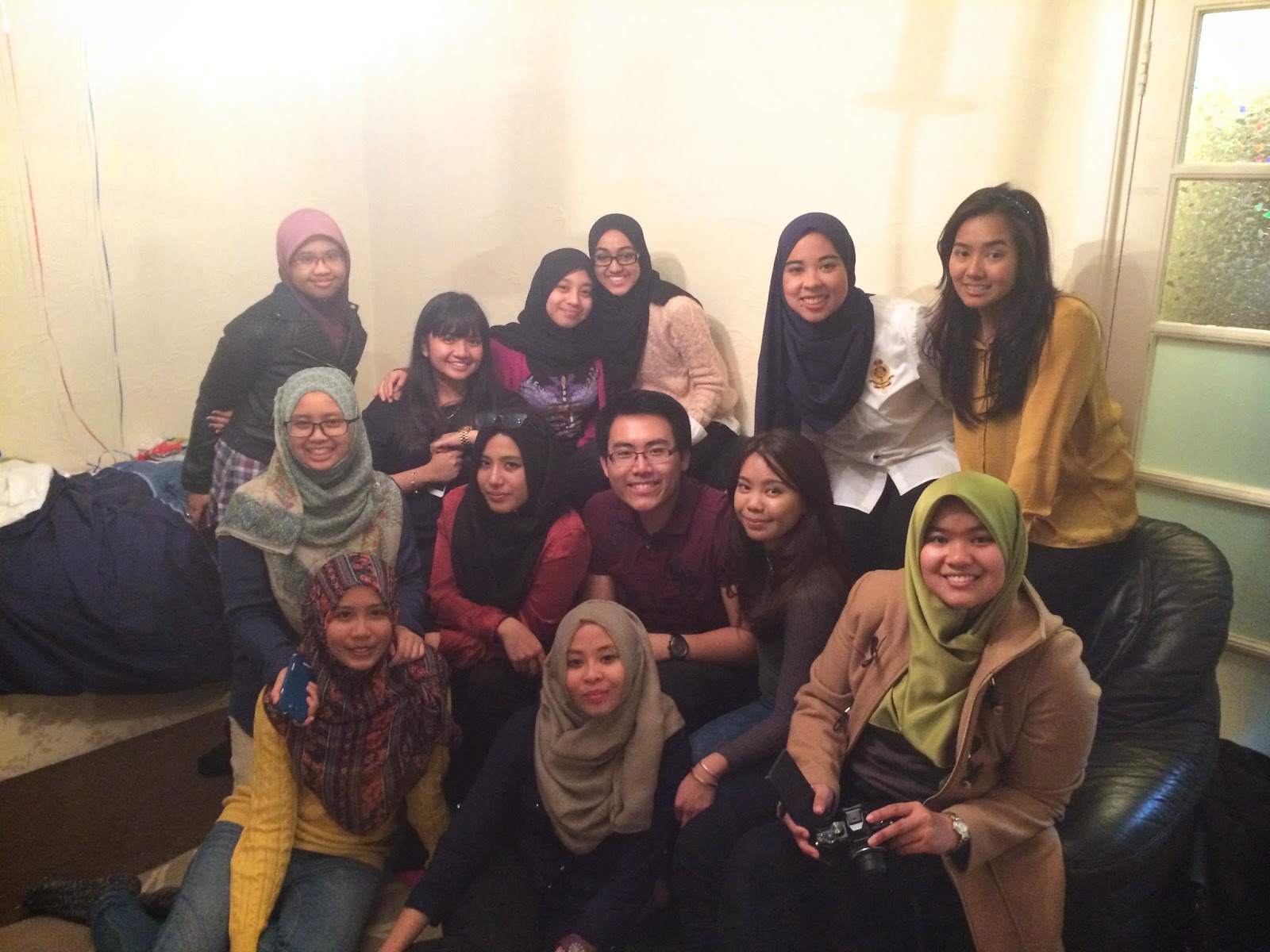 One with the ladies! 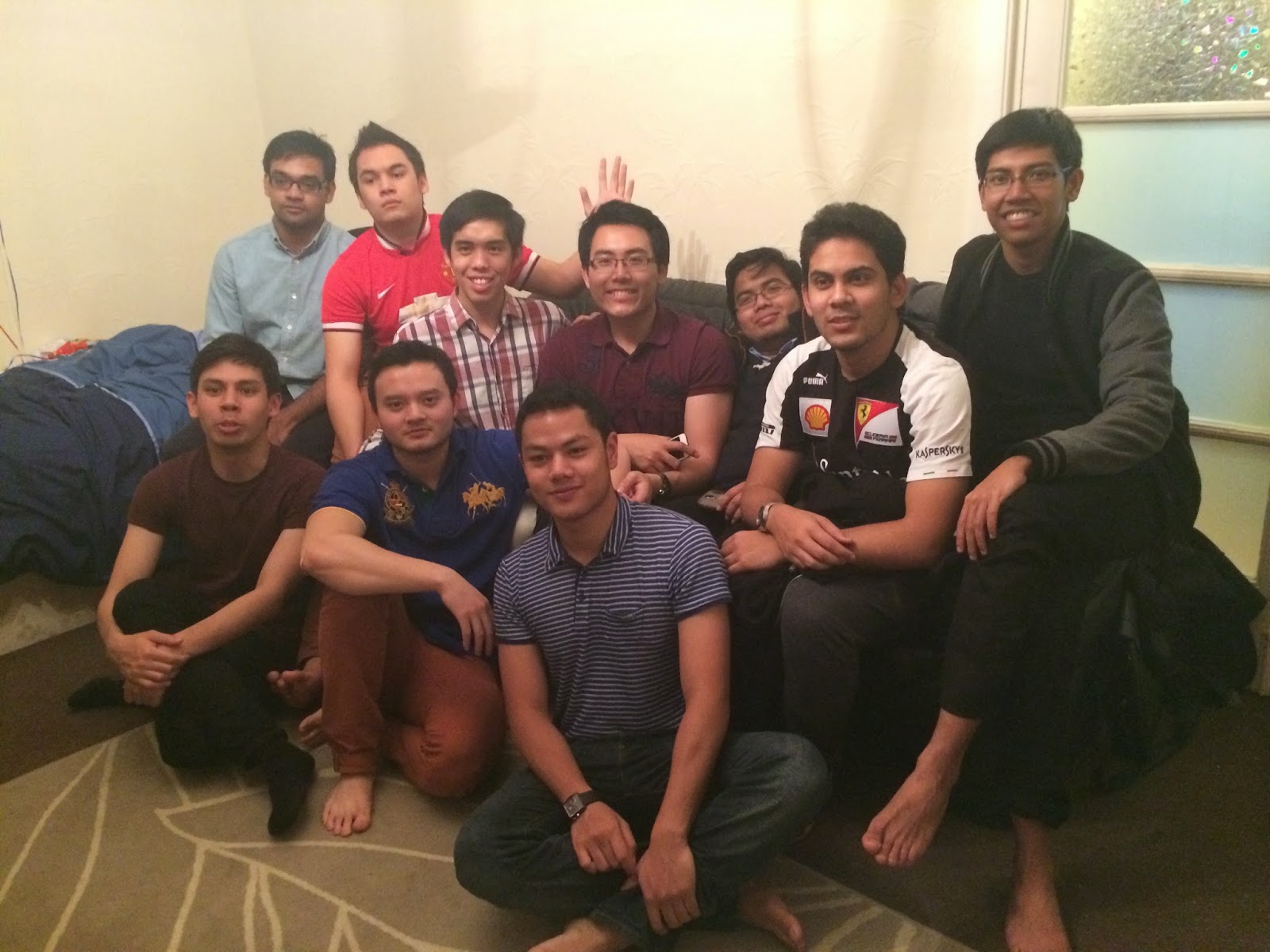 That night was seriously gila fun because I've not laughed so much in ages so it was such a good stress reliever and very much needed after a month of constant work!

The next day was our AKYUEM Reunion - our very first one! Told this to my brother the other day and he said

It was great fun despite the late start but it was nice to meet everyone again like how we would for a KY event in the Great Hall. We even took photos by Houses and batch and just like how kecoh it was in the great hall, it was just as kecoh in London! Makes me miss KY more, really. The friends I gained from that place > anything else. 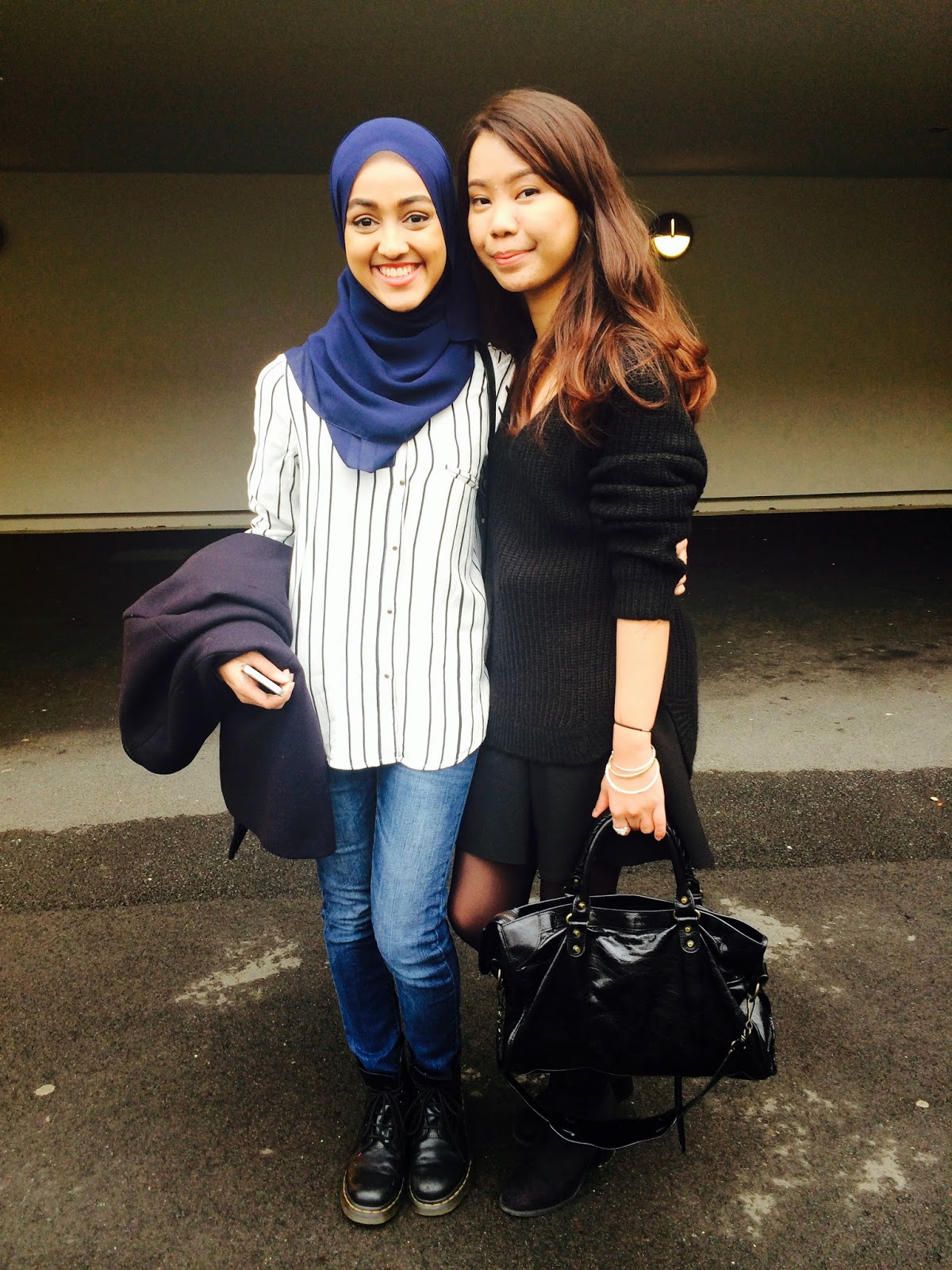 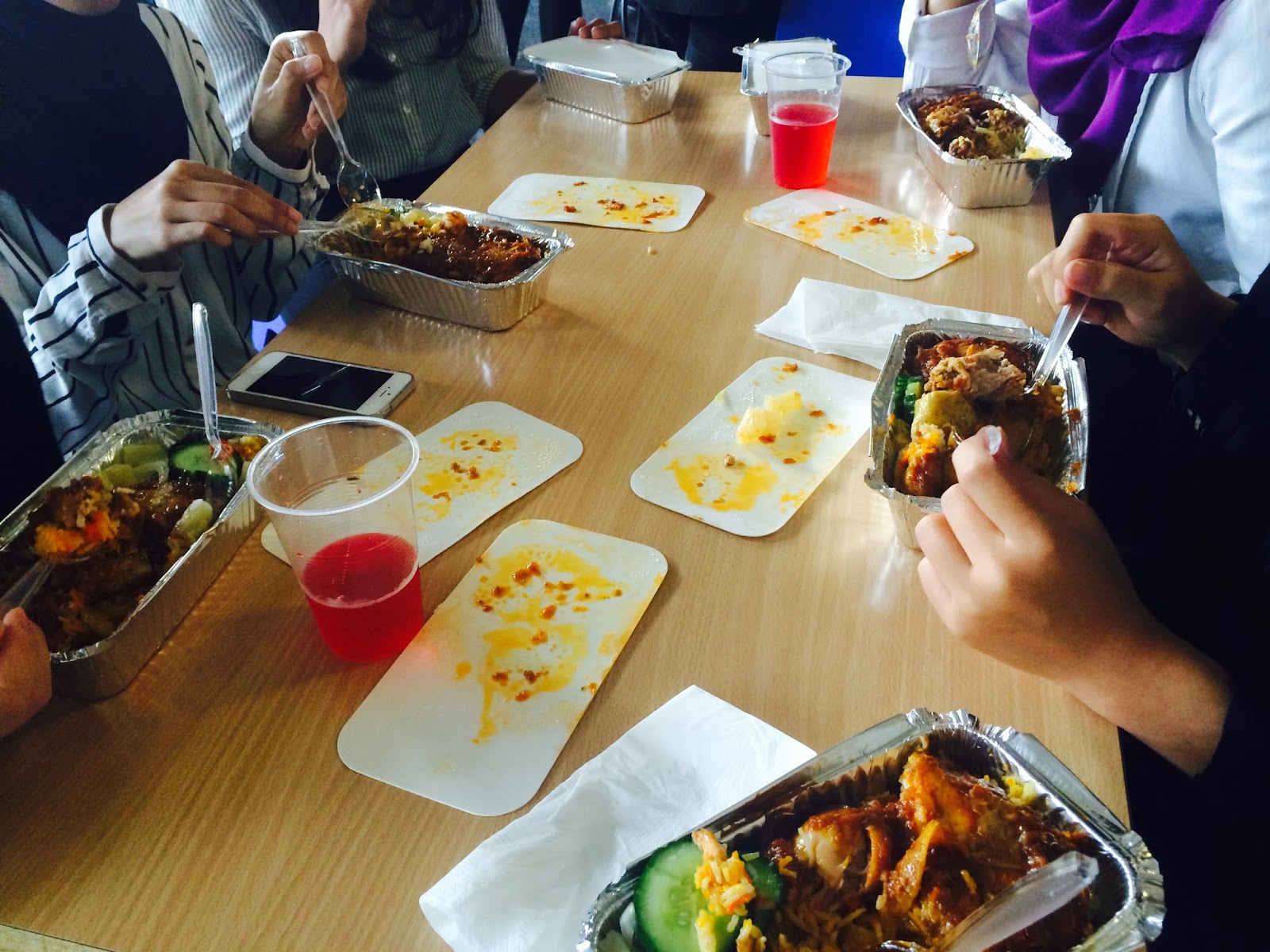 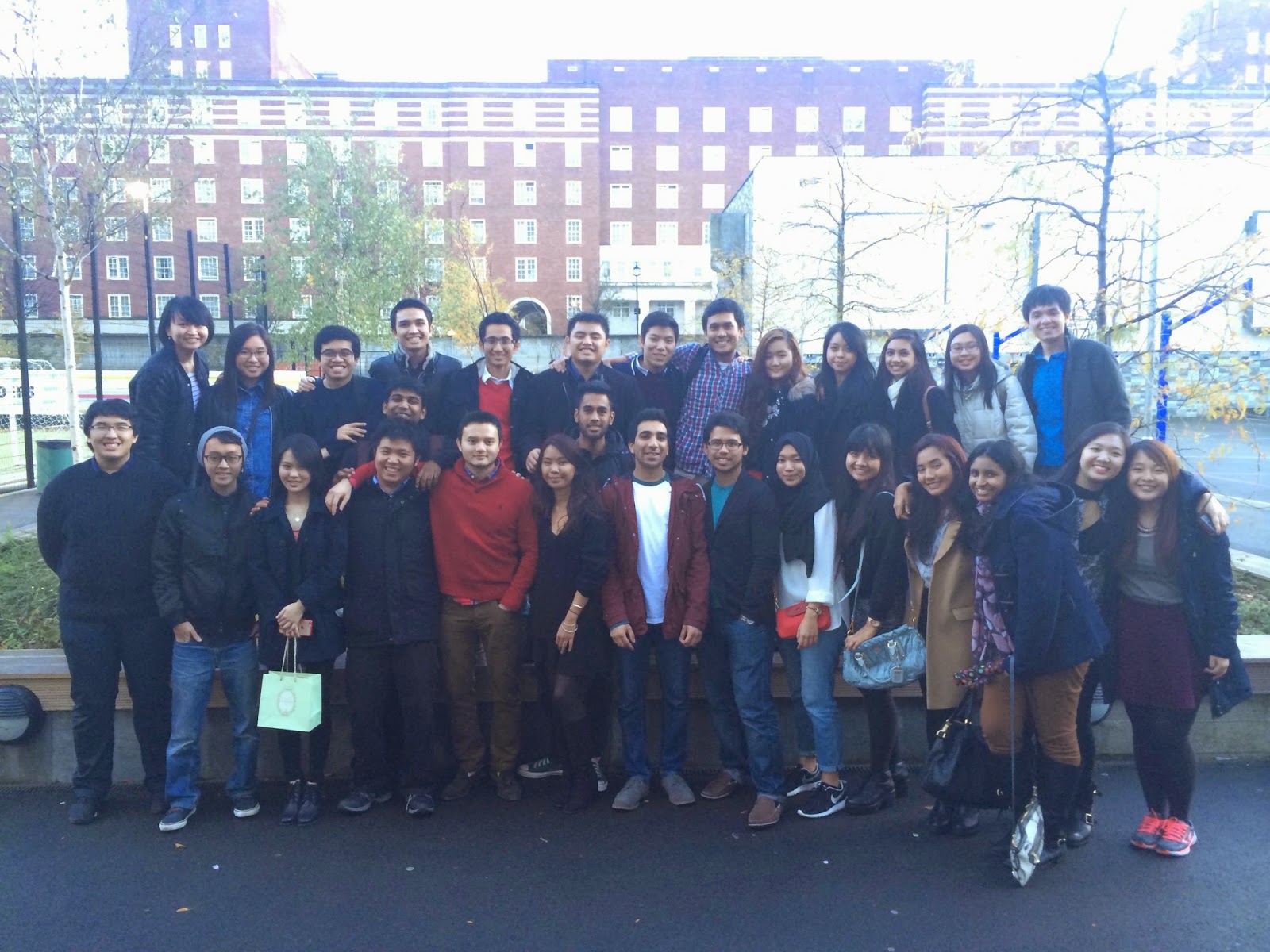 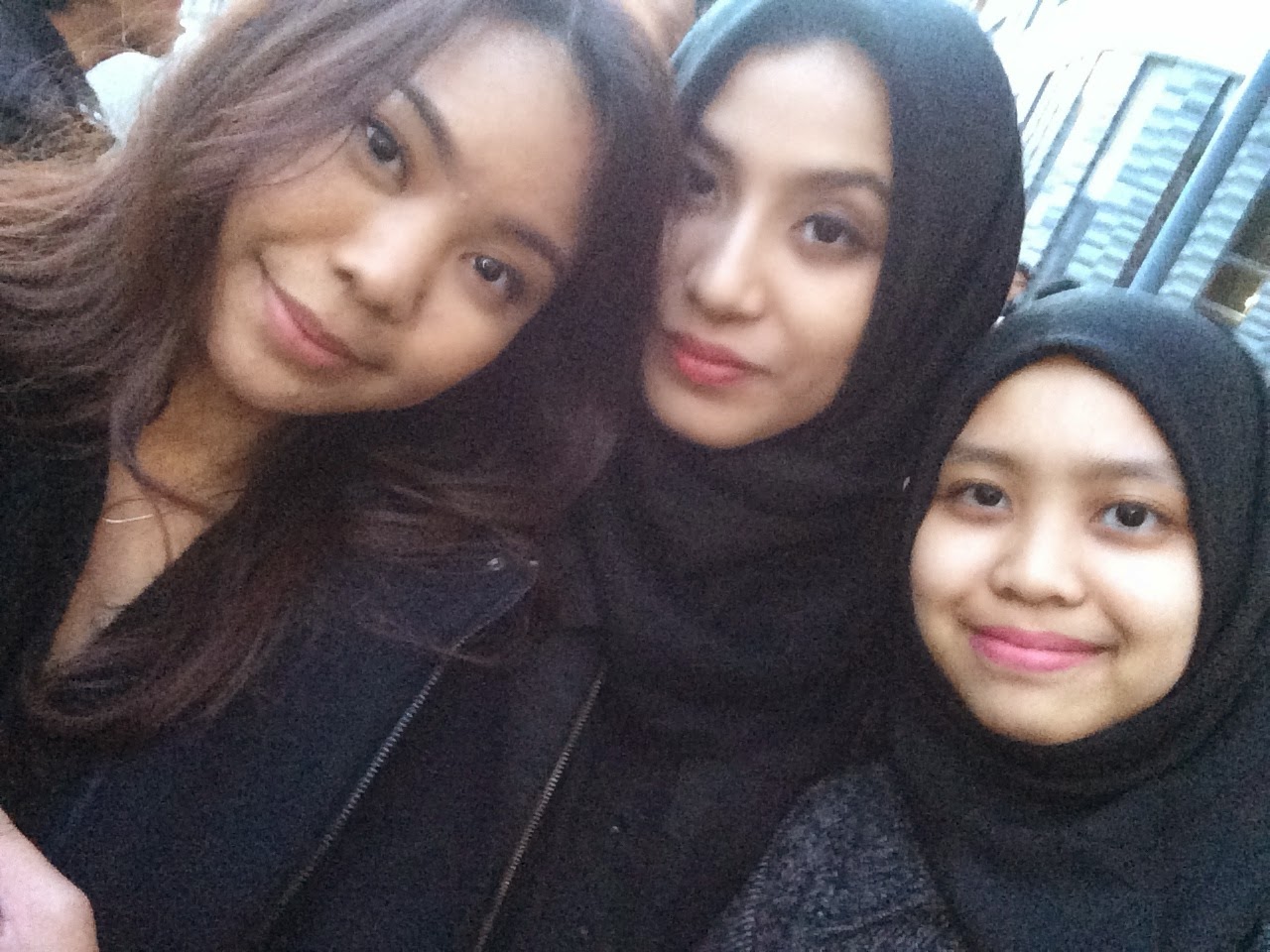 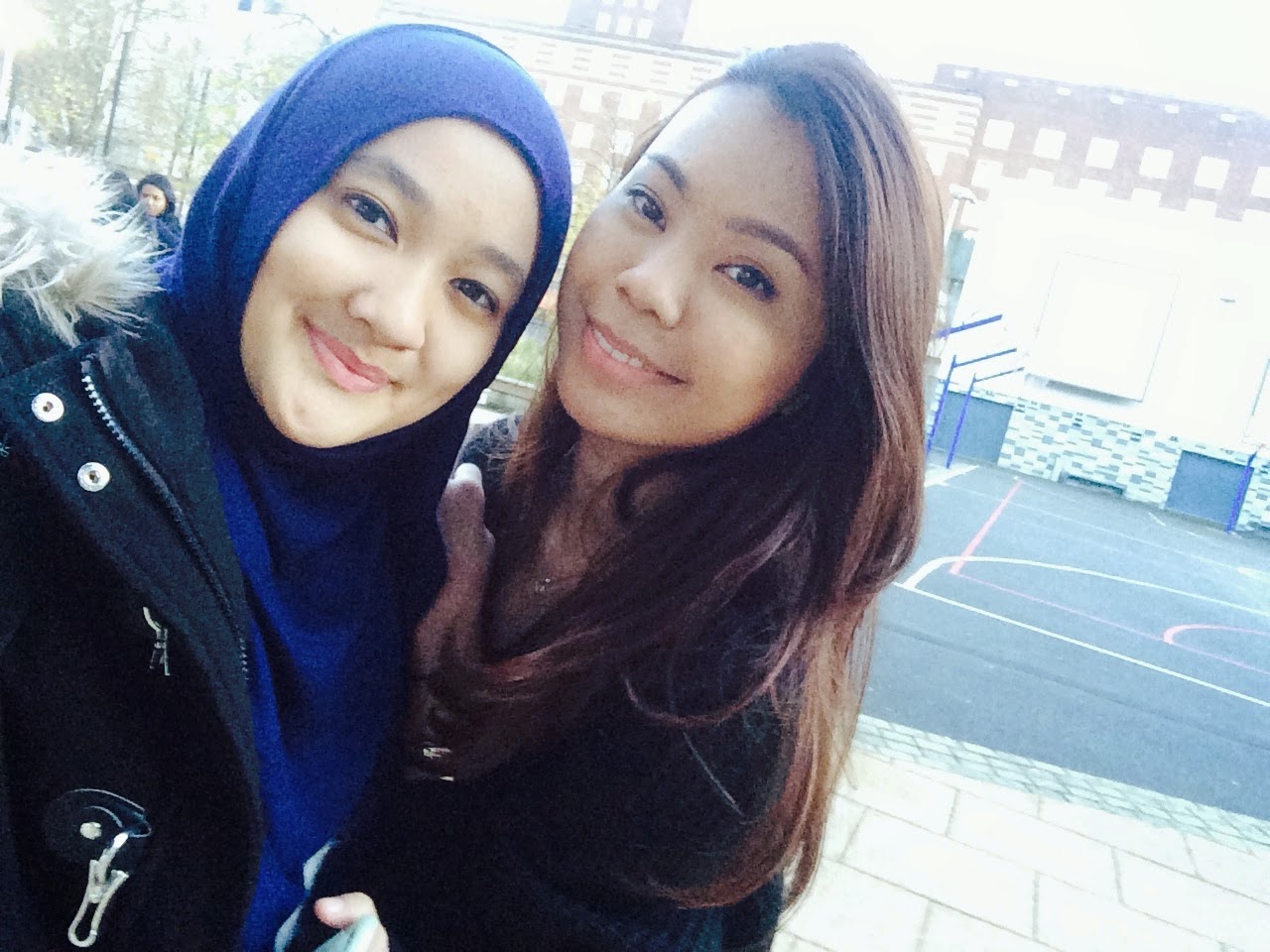 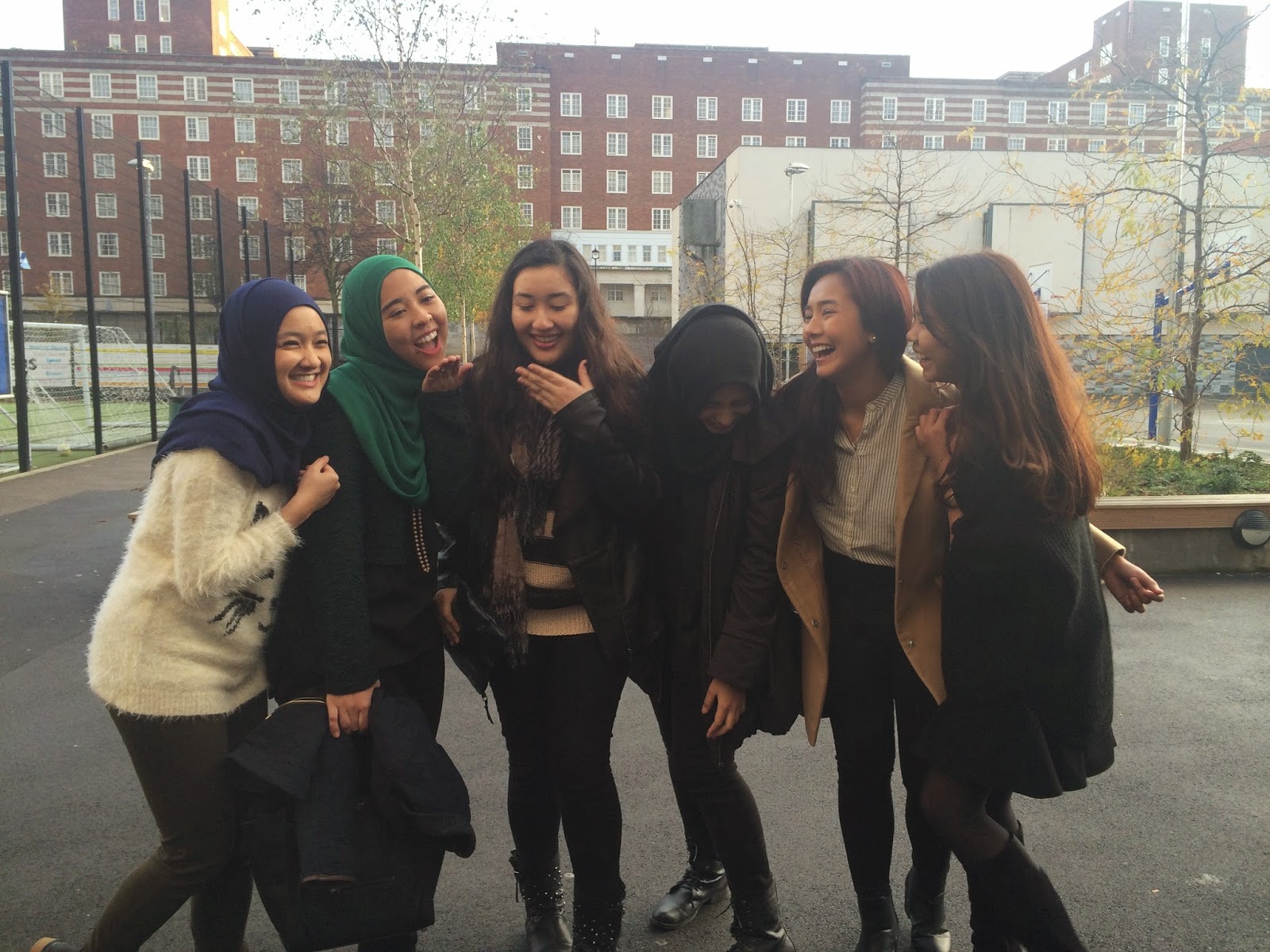 L54 was like my second home in KY next to my own. 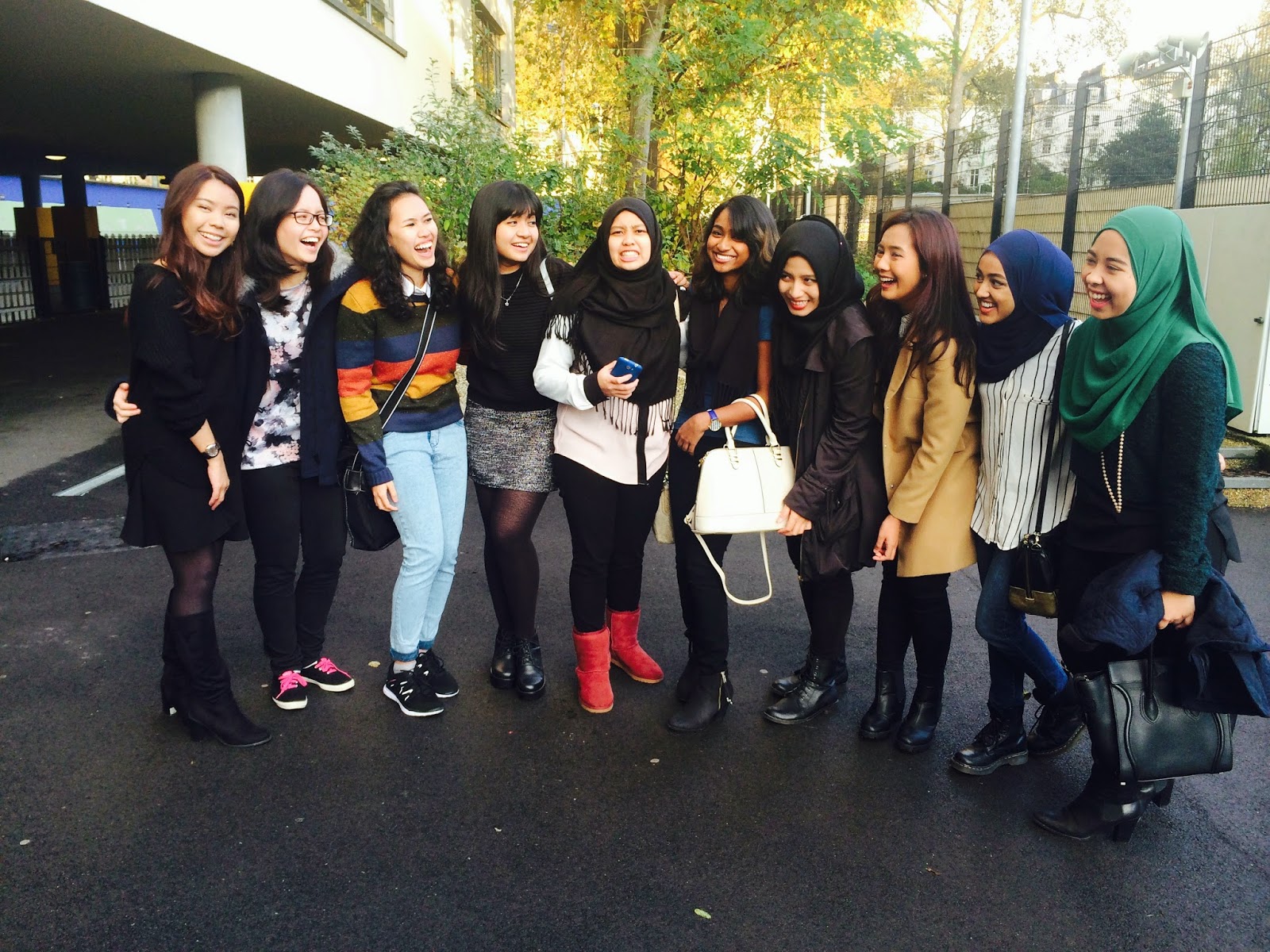 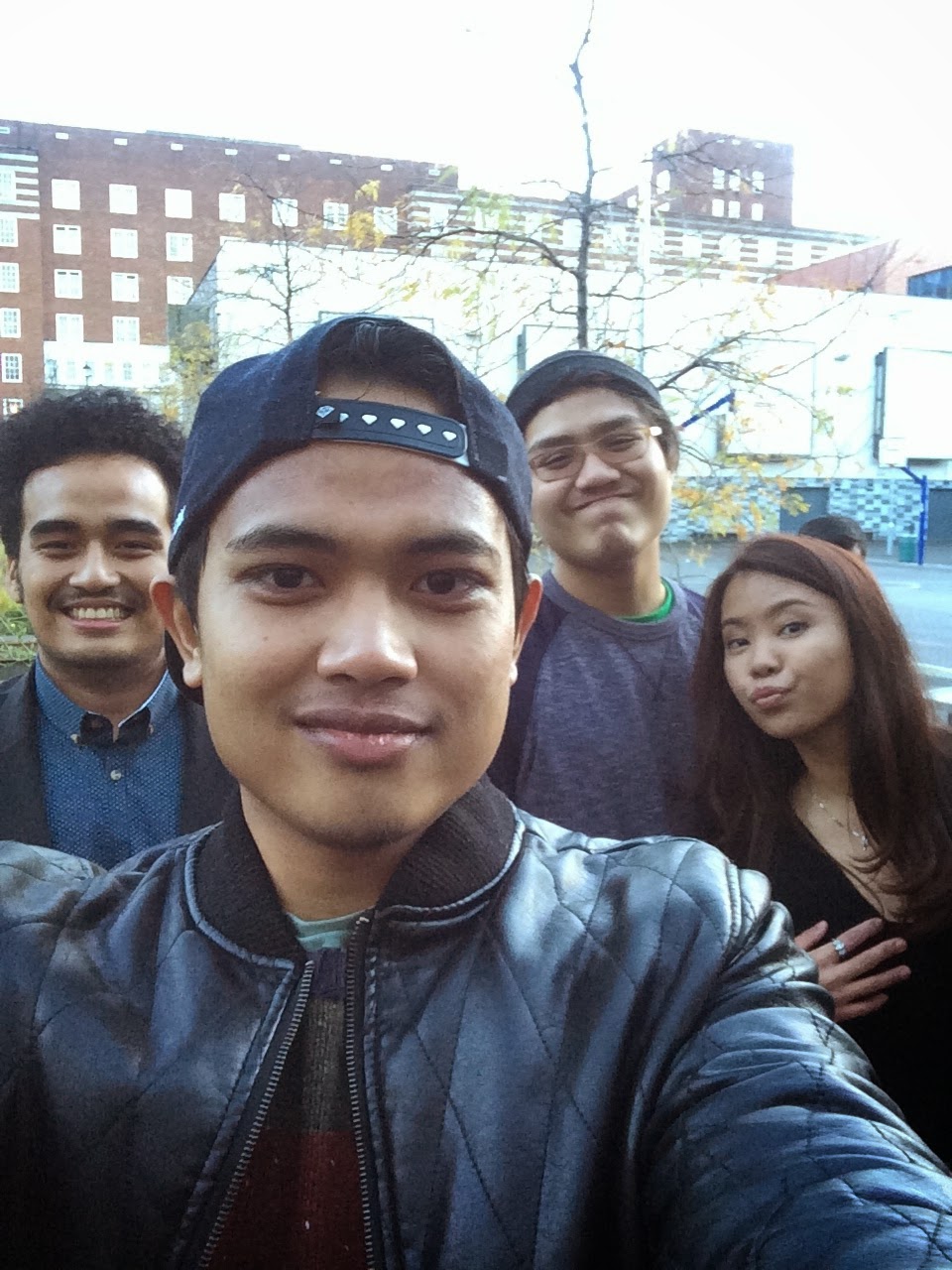 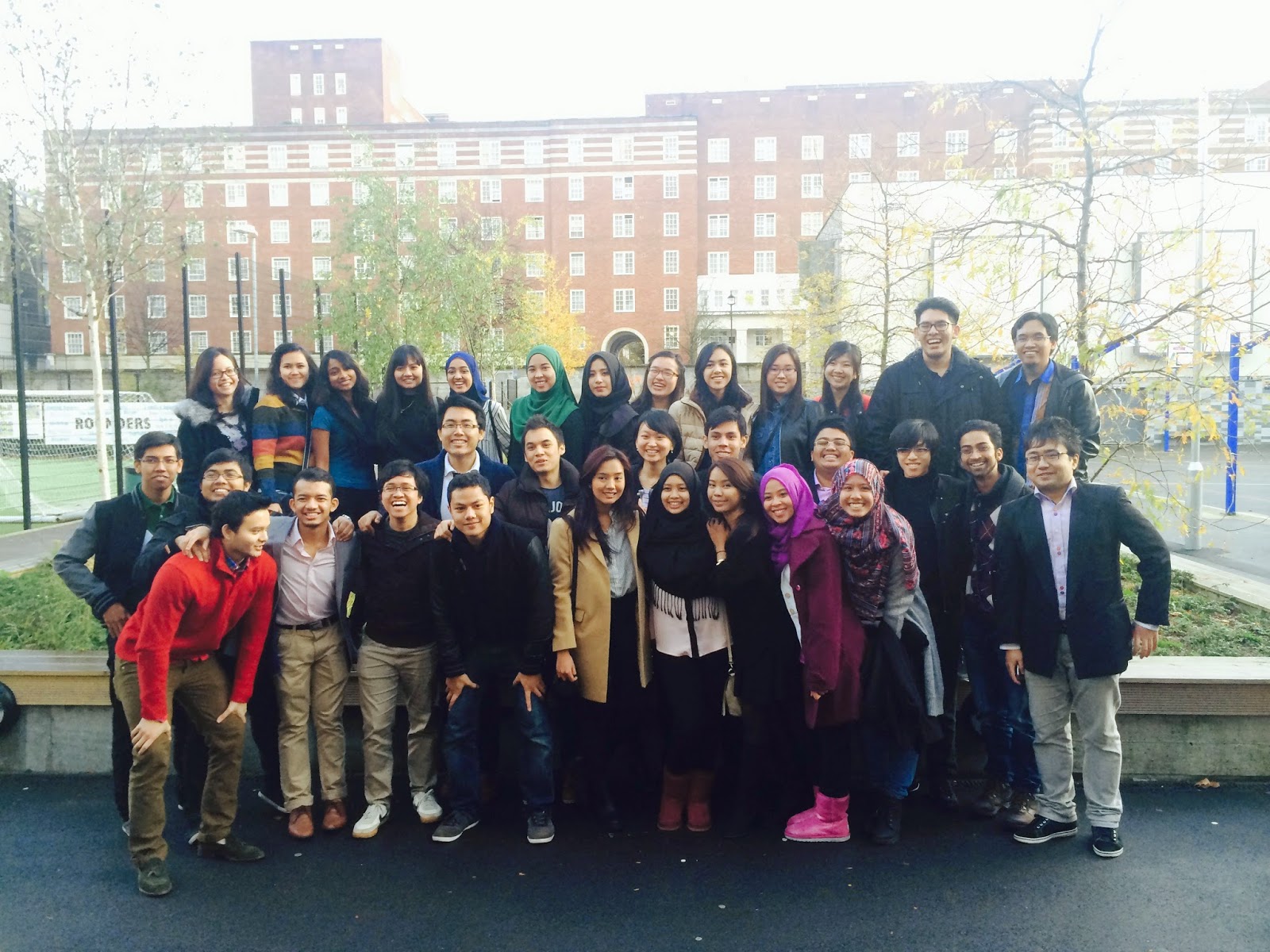 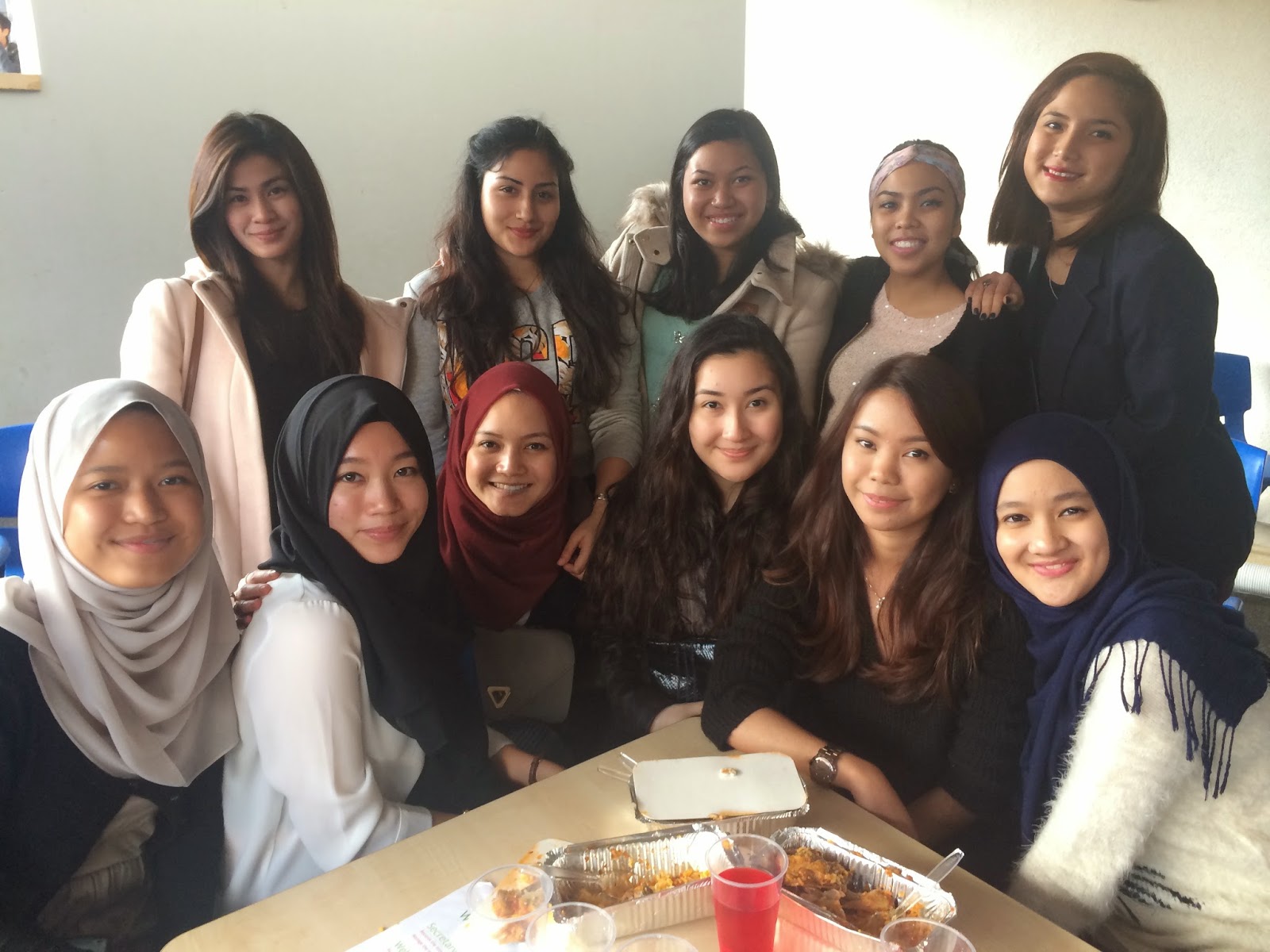 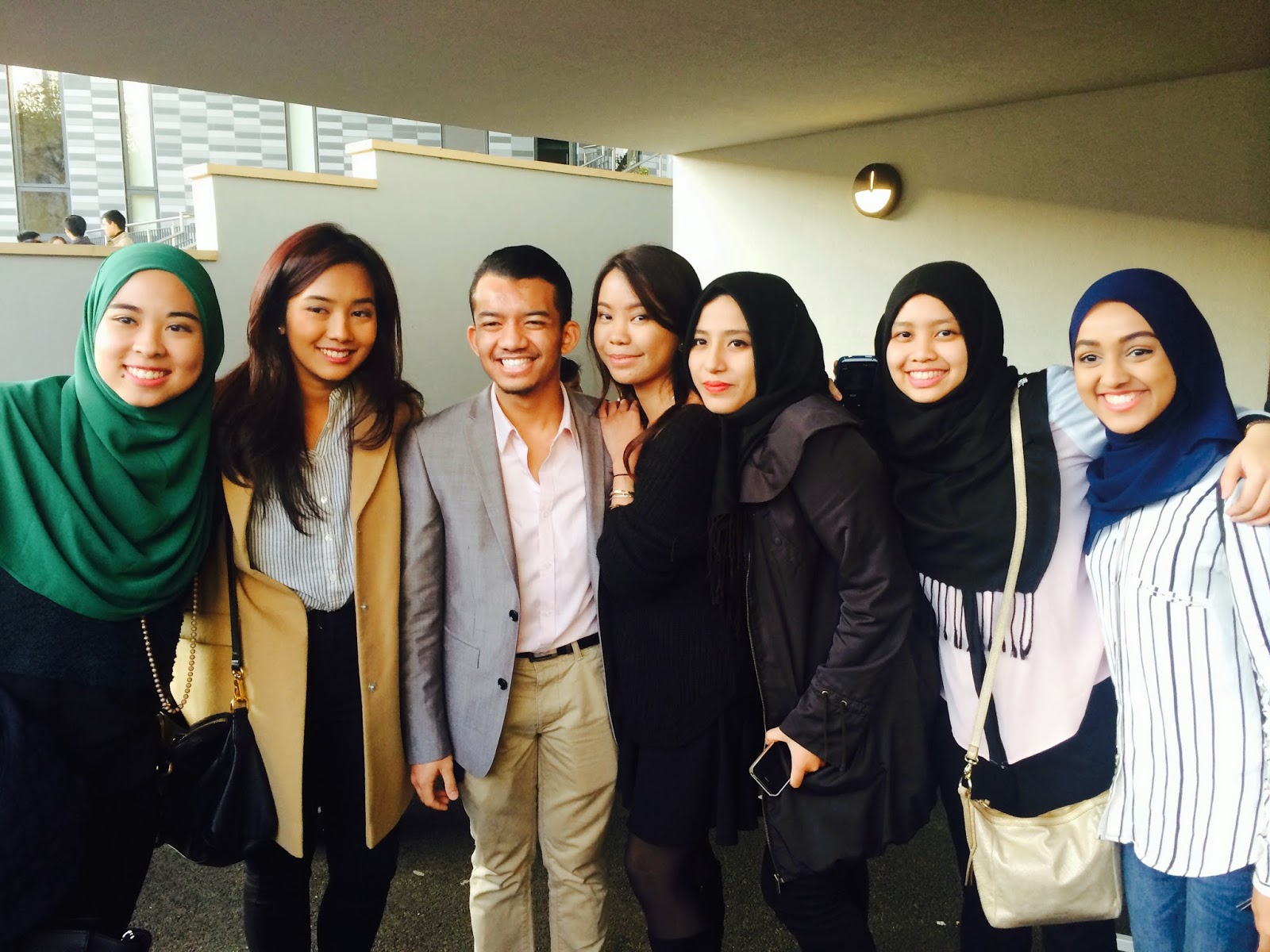 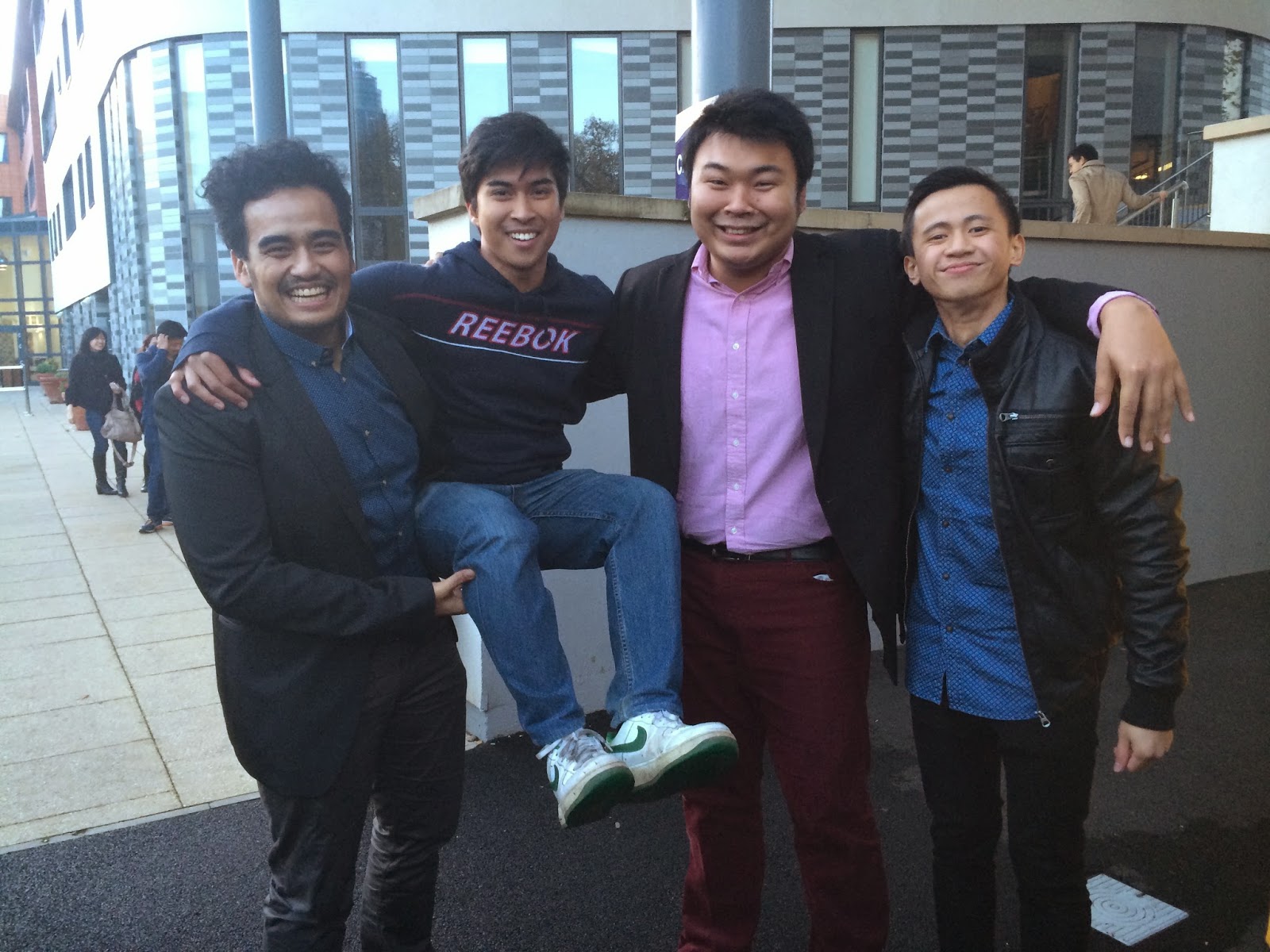 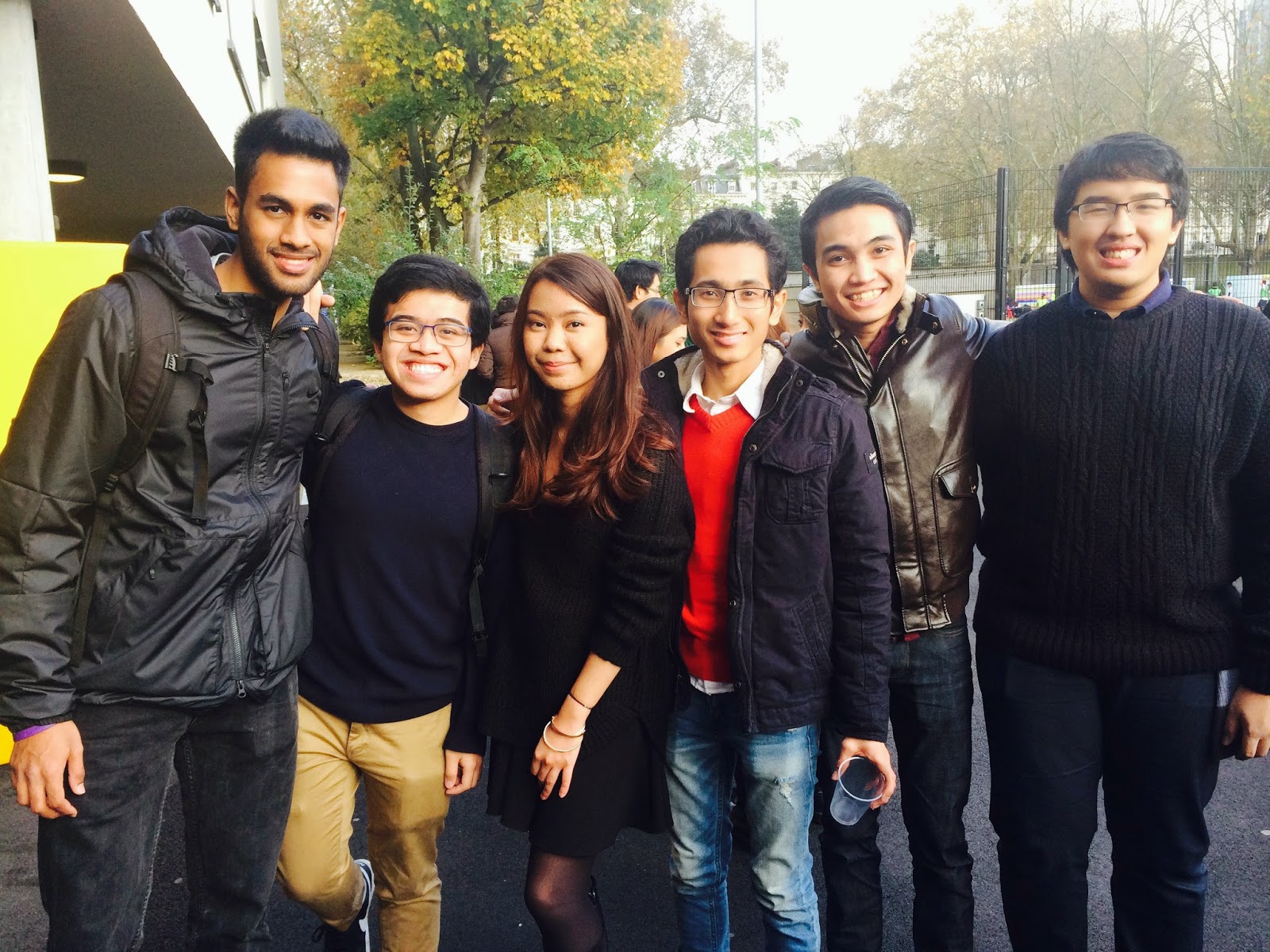 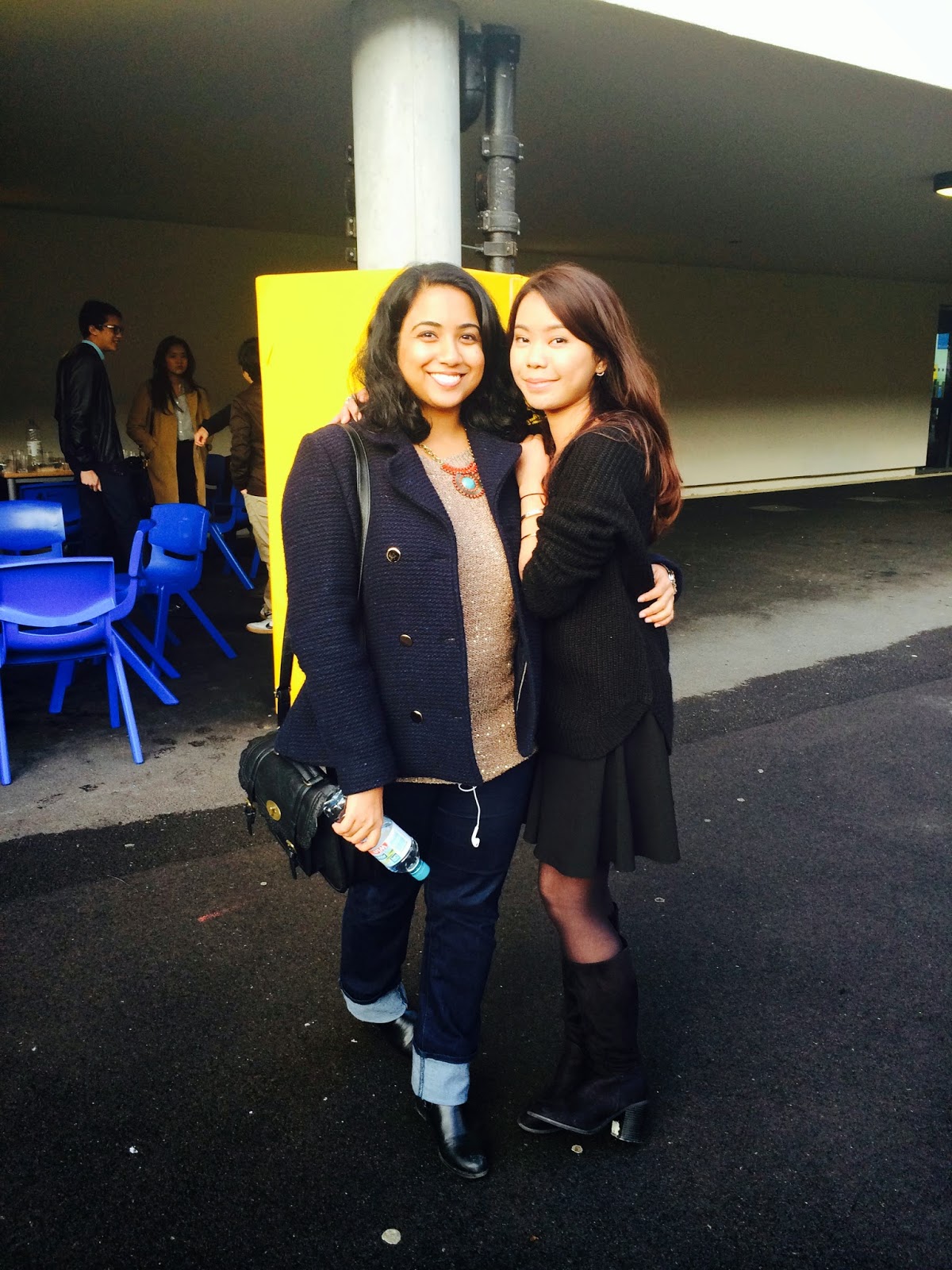 Missing Amal, Kanda and Marissa especially because my KY experience had a lot a lot to do with them also so I missed them a lot during the reunion because I know they wouldn't have missed it for anything in the world!

Written (technically typed) by Nadia Zainudin at 7:31 AM