My last weekend in London was amazeballs because I got to satisfy so much of my food cravings!! I spend a bomb on just food lah seriously. Because I hardly go out in Bristol so I'd like to think I save my money here.... to only blow it on good food in London. But as Drake would say, "YOLO!" 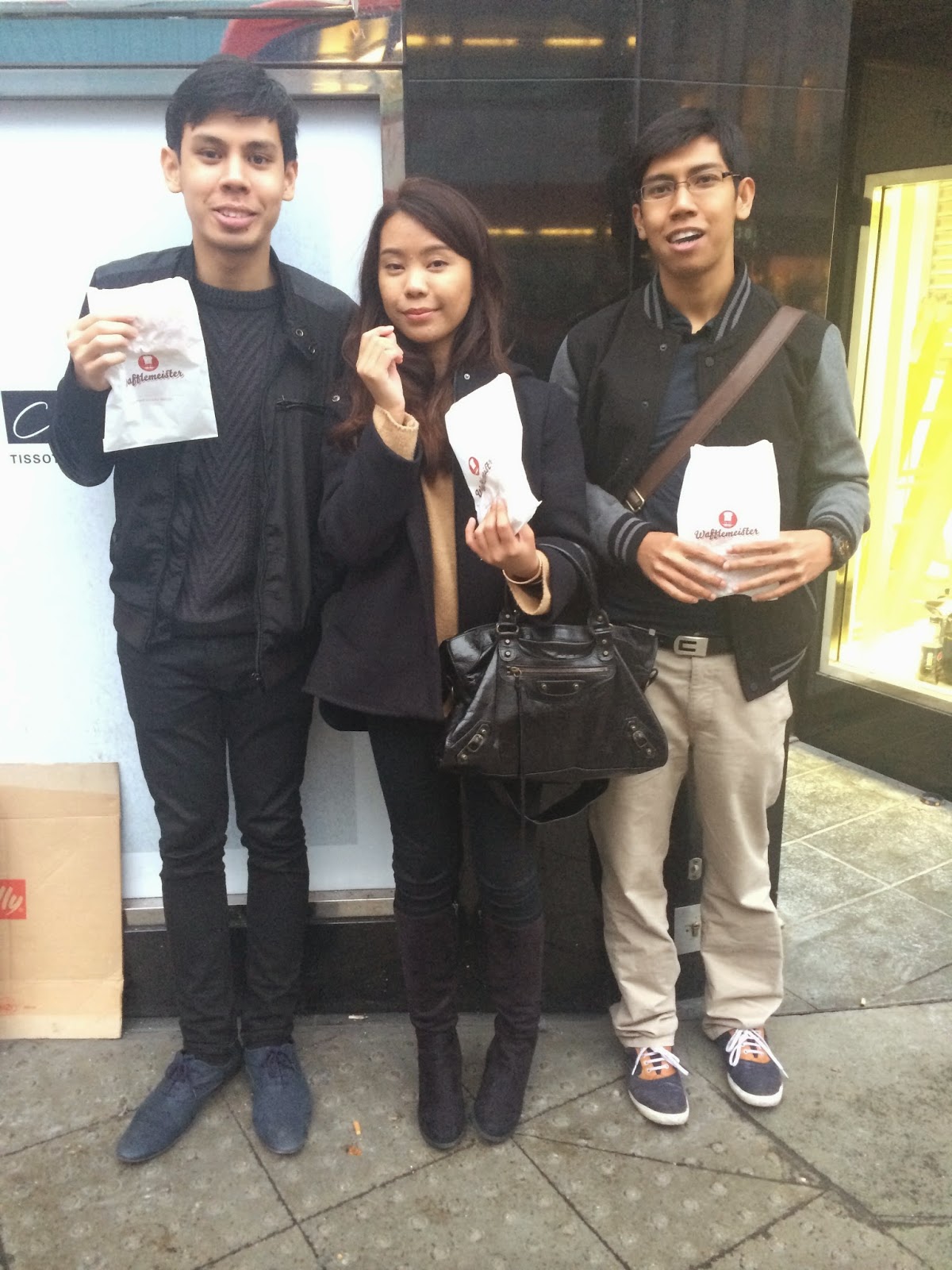 This was actually the week of the AKYUEM Reunion when we got our Wafflemeister fix. If you've been to the one in KLCC and didn't like it, totes understandable. But it's so different here and it's so much more sedap. Maybe cause it's cold and a hot class waffle cannot ever go wrong... EVER! 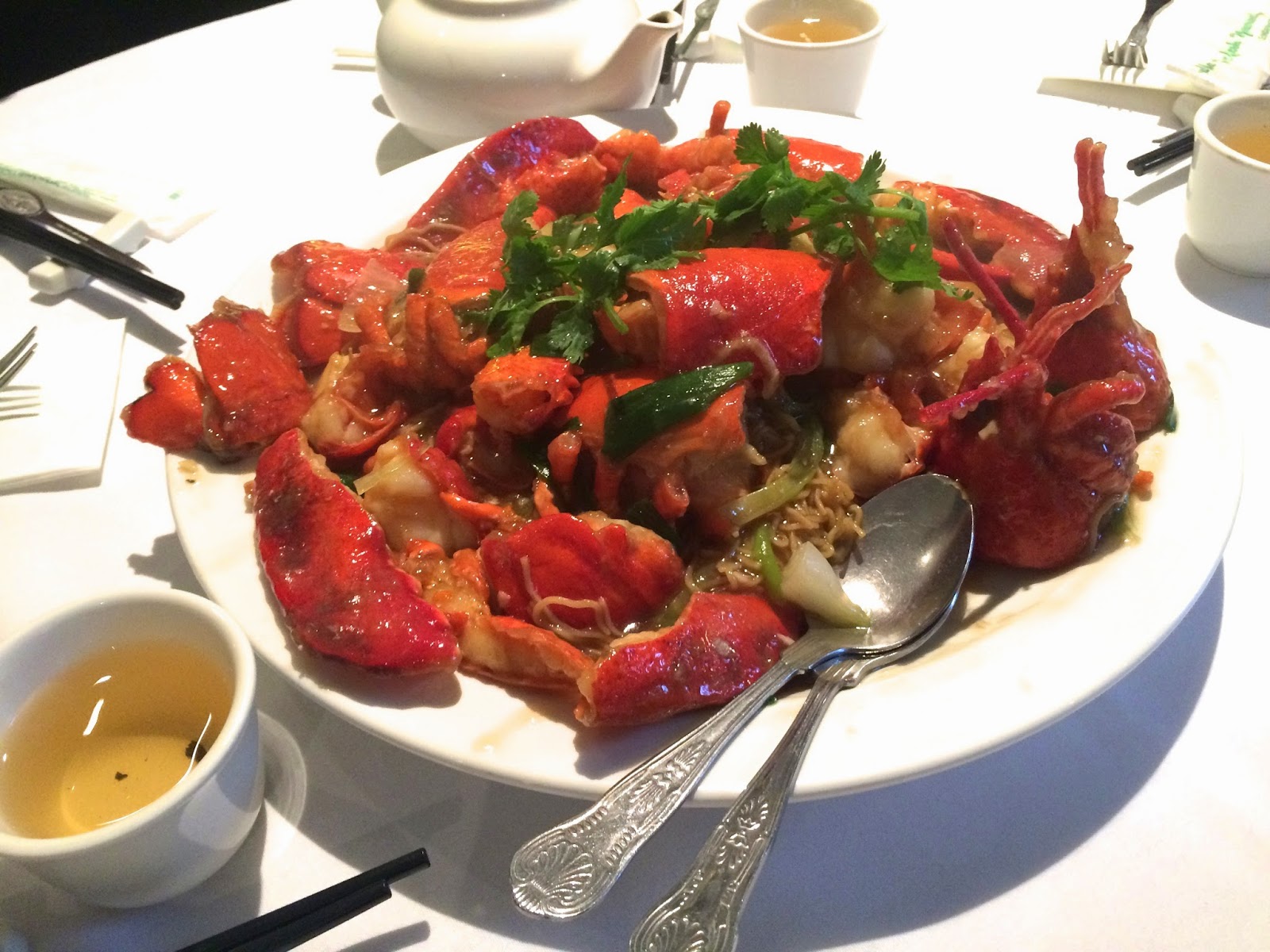 Last Summer when Tania was in London, my aunt treated us for lobster noodle and my God, was it good! So I just randomly suggested Mandarin Kitchen for lunch one day and we all went. SO GOOD, GUYS!!!!! After I tweeted this photo, it just went on a upward spiral and soon after everyone was eating lobster hahaha can't wait to go again with the rest of the gang in December. 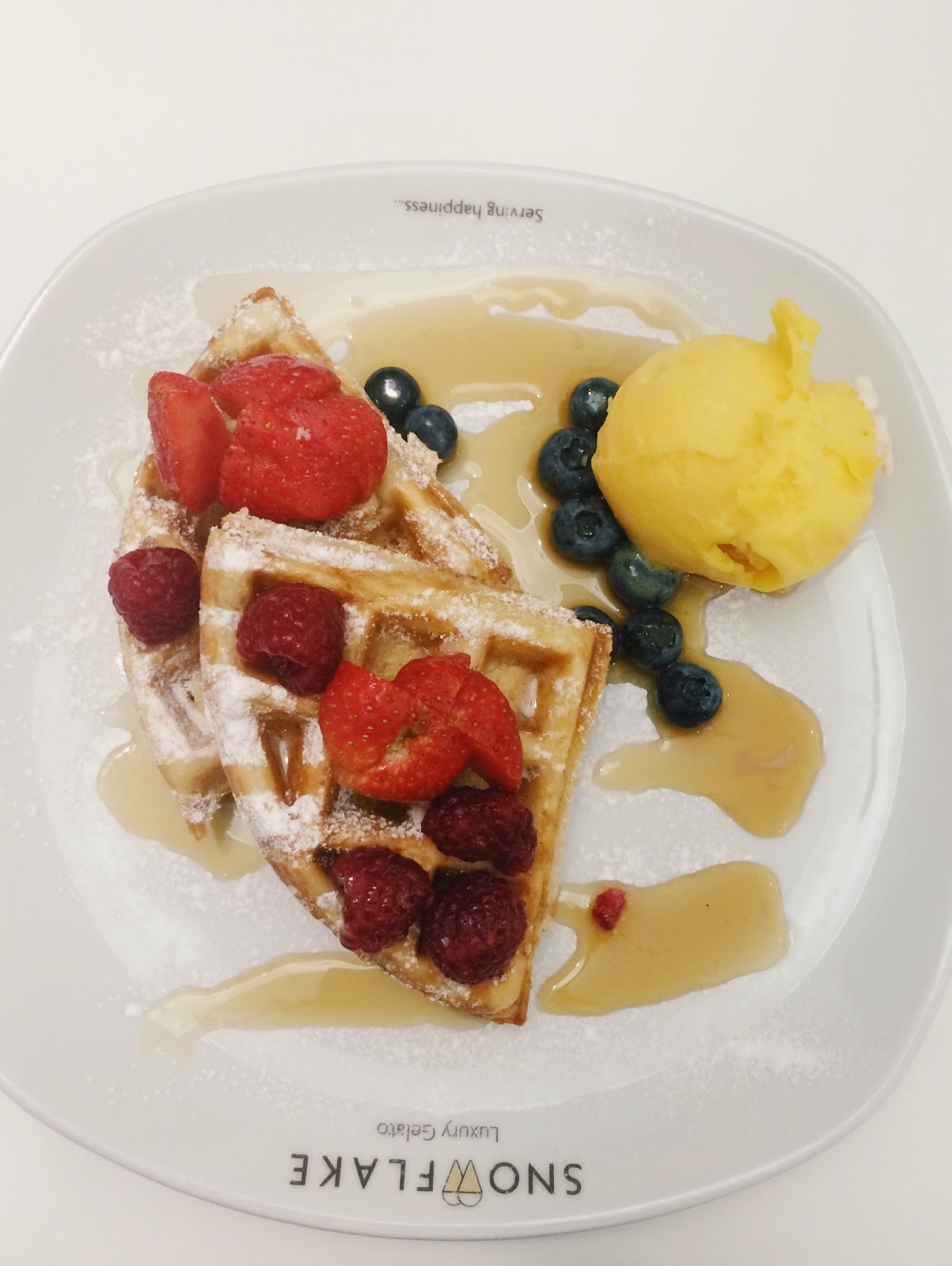 ... and I wanted waffles after lobster noodle so we walked to Snowflake. Their gelatos, man. 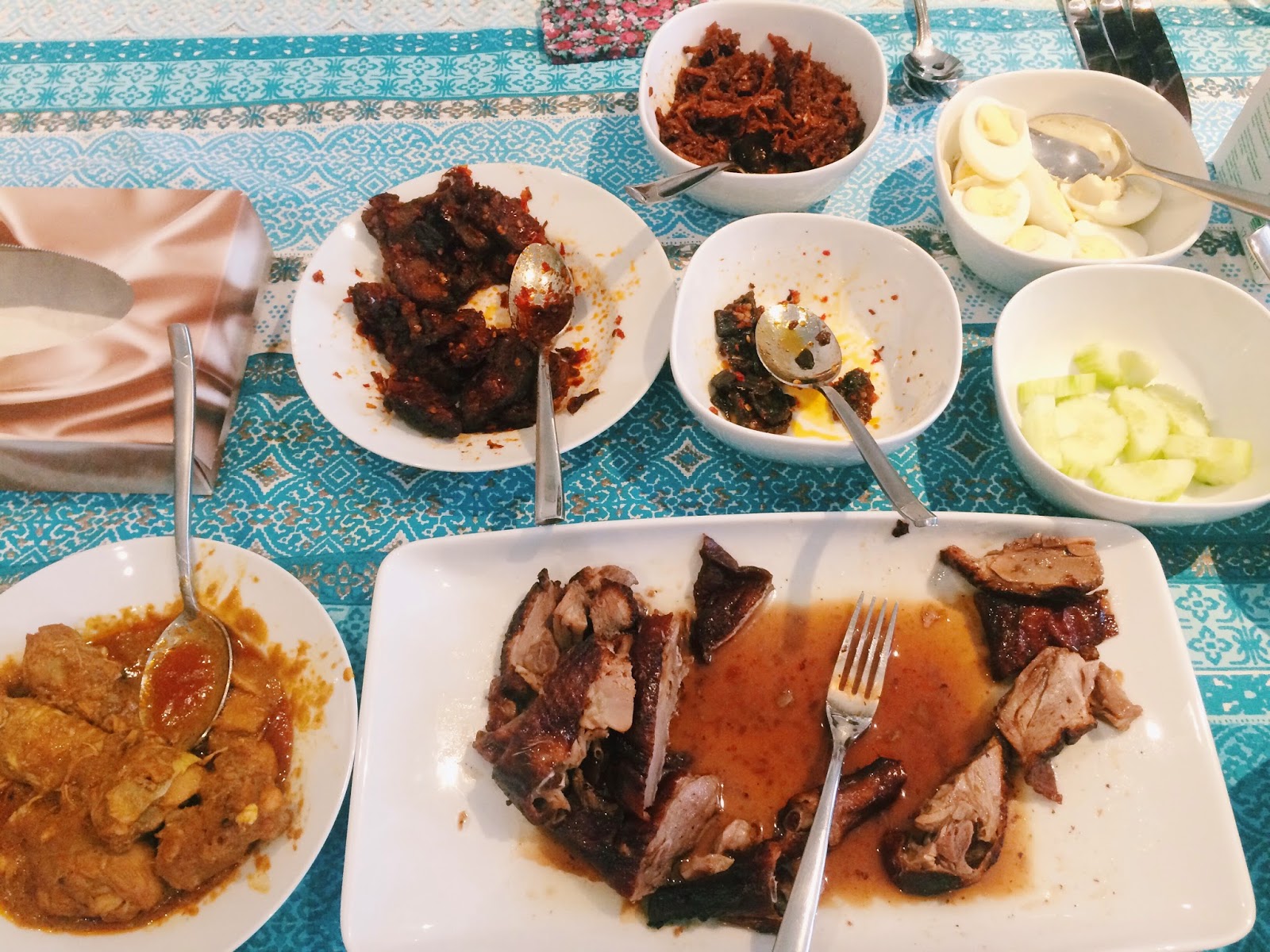 Went to Tok Aa's place the next morning to meet up with my cousins and aunty and uncle and I was greeted with warm hugs and NASI LEMAK! Yes, guys. That's the roast duck from Noodle Oodle. Yummers, man! Misha took a photo of me and sent it to my mum and my mum replied with a,

"She must be on her second helping by now kan?"

This is why my mum is my bestfriend because when she replied that, I was actually on my 2nd helping lolllllz how can you not with all that food!!!! 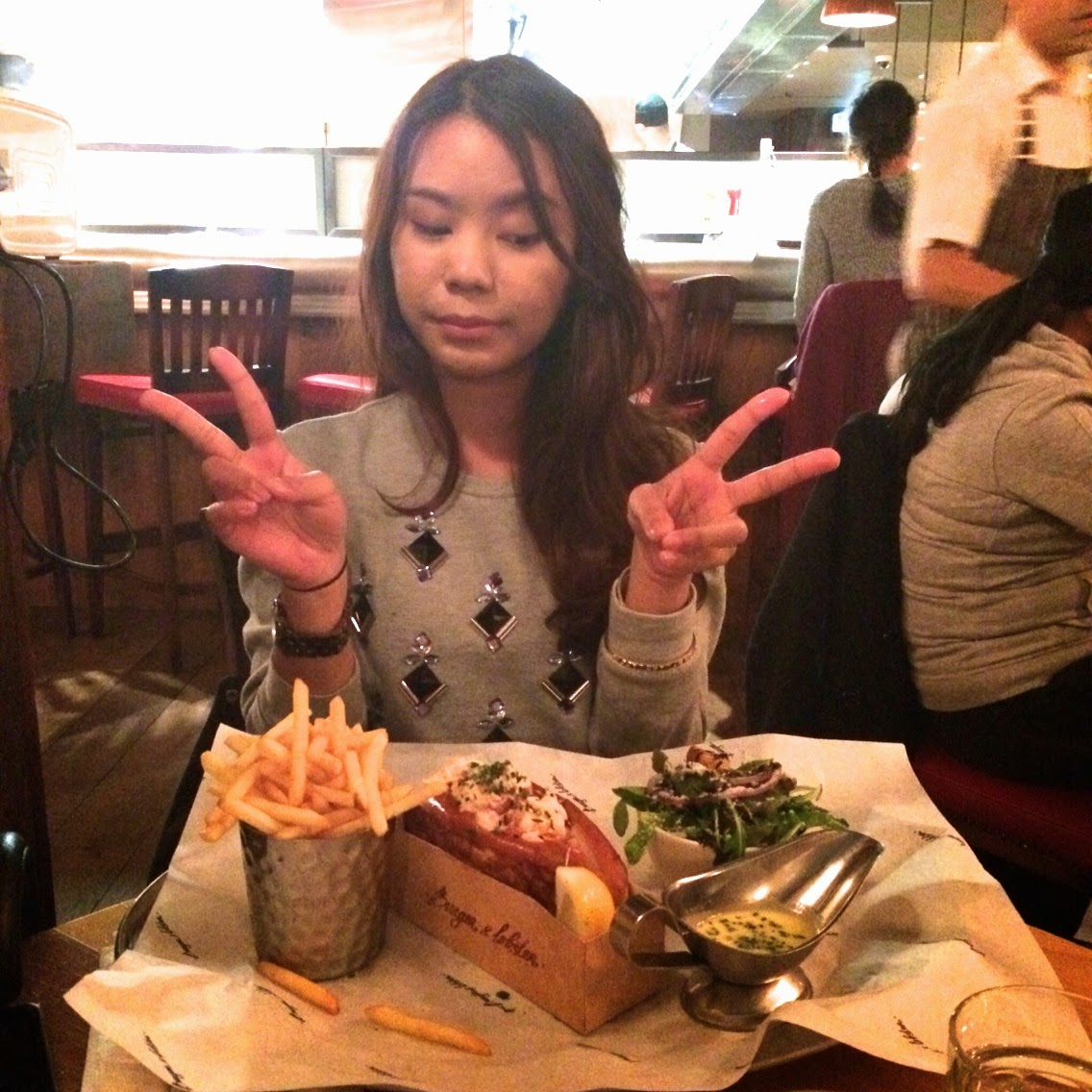 And on my last night in London, Diy and I finally went for the very very hyped Burger & Lobster. That was my first time after hearing so much of it from everyone! It was good of course because it's lobster but after a while it got a bit jelak. But I was thoroughly kenyang after that so it was a good dinner. If you've not tried it then you totally still should! I had the lobster role as recommended by Diy so it's basically lobster stuffed in a brioche with fries and salad. OBVIOUSLY I ate the salad.... like one leaf and the croutons in it and then I just handed it all over to Diy. 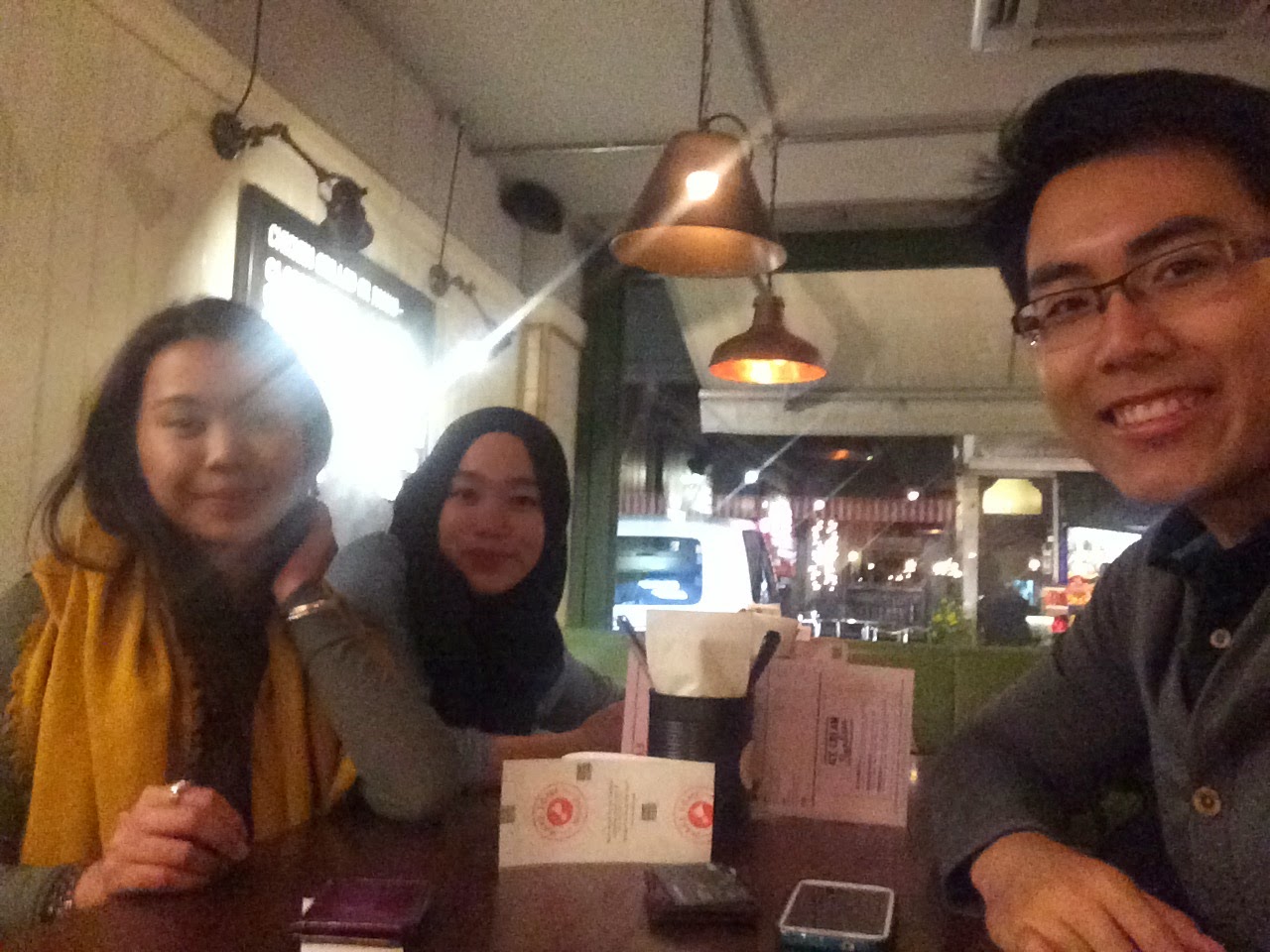 We also went for GBK and Khan's so that was a seriously fulfilling weekend food-wise.

(kidding, guys. Still very thankful for all the food I have here but very hard to not want daging kurma, udang kunyit and kari ayam from home ok!)
Written (technically typed) by Nadia Zainudin at 8:43 AM