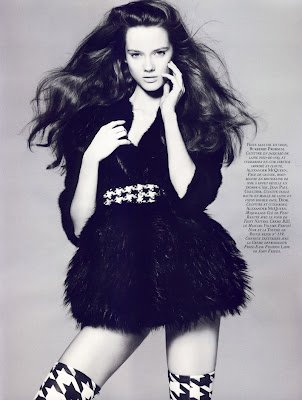 IT'S (sort of) DAY ONE OF 2 WEEKS OF FREAKIN' HOLIDAYS, I HAVE BEEN WAITING FOR THIS FOR SO LONG, and it's here, how time flies when you're having book stuck up your face all the time.
ANYWAY
I spent my day yesterday doing the norm. Like, being at home. I went to wondermilk after fetching Tania from school. And bought DVD's. Not from wondermilk la, dekat Jasema tu. My mum and I are HUGE tv junkies. Well, we don't actually WATCH tv, we just watch TV shows that don't air yet on tv. We're obsessed (understatement of the century) with everything from Gossip Girl to Criminal Minds. Also, bought the new Teen Vogue, I swear, Jasema always have them first in store. Selena is cute but I thought she should have let her hair down instead of tying it up. I still love her.
I came back home and watched Gossip Girl til like 1 30 ? (I'm surprised at myself, usually I'll be up til 4 but I didn't want it to end so I saved some for the morning after) That was fun. With that show, you really never know what's going on. And I thought I had it in the bag with the whole predicting thing. It's really good, best gila baaaaaaaaaabi! And I have so much more to watch, like Grey's and Prison Break which I can't wait for. TV SHOW MARATHON ALL DAY LONG, it doesn't get any better.
Though, behind all the obsessed tv show watching, I might have a social life (?). But it's so hard to do so seeing I still have no phone but I'm eyeing on one which will give my mum no excuse to not buy me one. I always bug her with 'I need to buy a new phoneeeeeeee!' and knowingly she would say, 'Well, have you found one that's a flip phone and in pink?' and I go 'No' and she'll be 'I rest my case'
Well, now I have and I want it. It's actually Rachael's phone and it's not flip neither is it in pink. It's black but with pink on the sides, which is really cool. I mean, Motorola has done me nothing but great service the last 3 years ( i got it after UPSR, and hell yeah, that's a long time and I stopped using it last year because it totally went dead on me ) but I think I shall opt for Nokia. And it's superduper thin which will make it better, I don't like big chunky phones cause I don't see the reason to it, I mean, technology is evolving, phones should be getting thinner, si ? Why defy technology/time/modernism? Ok, peptalk done.
And I have been a damn good user, unlike Zaim, he has given his phone to a stranger only for the stranger to run with the phone AND he lost it in a cyber cafe.
-________- And in both times of recklessness, he got a new one like I don't know, in a span of 2 weeks tops ? So okay, fine, I lost my phone (technically not mine, it was Iman's cause I had no phone at all after I dumped Motorola so I borrowed hers in exchange of.. Naruto cards which I seriously had to buy her to lengthen my ownership of said phone) but then one fine day, I lost it. As you can tell from my previous mourning-like posts. Iman is supposedly pissed seeing how she brings the whole hostile exterior everytime I tell her off :
IMAN! WHERE'S THE GUITAR HERO GAME? I WANT TO PLAY!
I don't know
YOU LOST IT ? Siapa suruh hilang ? I told you not to bring it over to Yusof's all the time!
Eh, you lost my phone
And the argument ends there. After watching Blair, there is not one outfit that I have not loved/obsessed or drooled over (and making mental notes of places where I can find a replica that does ANY justice of the original). And of course after watching Gossip Girl, you can't help but dream of being an upper east sider.
And yeah, Chuck may be enticing, but I still love Nathaniel. And Blair may as well stamp BITCH on her perfect forehead, but I prefer her over Serena. Maybe I am just biased with her clothes. Yeah, that's probably it. Lawa gila kut ! Macam 'Damn, can she please be 1 tenth less pretty than she already is?!'
I have no mood to shop these days, and I really want to go to Pavillion so bad, it hurts. But then again, I still need a phone, it will make planning an outing 50 times easier. So basically, my priority is a phone and OH, have I told you just how gorgeous the new Prism is ? It's so prettyyyyyyyy.
Ok, I'm off. See you soon!
Happy Holidays and cheers to a (questionable) well deserved break.
Written (technically typed) by Nadia Zainudin at 4:08 PM