Day 5 was a pretty laid-back day for us. The night before, a friend told me of a halal Korean barbeque place in Itaewon so since Tania and I were craving for anything really (will tell you about food in Seoul in a bit), we decided to go to this place called Eid.

You can get the directions easily on various review websites and/or on their Facebook page. Granted, it was a bit of a walk and with the heat, it was a bit trying for both of us. But we finally got there!

When we arrived, we weren't greeted with an 'Anyeonghaseyo!' which is what we usually hear but with a friendly and warm 'Assalamualaikum' by the waiter. How nice was that?!?!

He brought us the menu and he spoke fluent English with us, introducing and describing every dish there was and he also explained that they use different ingredients as substitutes for what is usually used. We were pleasantly surprised with how brilliant the service was because out of all the places we've been to, communication can be quite difficult and so this one was very pleasant and smooth.
After telling us of the different dishes, Tania and I chose the Korean barbeque which was what we initially wanted.

I asked the waiter if they had green tea in Korean and he was surprised that I could speak Korean well and we managed a short conversation and we found out that his brother is studying in UIA here in Malaysia which was suspected by both Tania and I because he brought out appetisers for us and he introduced one of them "This is ikan bilis" in which we of course loved. He then brought out the rice and barbequed beef.

So, so, so sedap! If this was what I've been missing out on all this while, someone slap me ! We finished almost everything. The ikan bilis (which he said was a sweeter version of ours here) was so good and the kimchi was also very very good and the beef was so good with rice!!! I just loved it. Wanted to go again but we were short of time.

After finishing our food, he brought out this traditional Korean tea. They had no other drinks 'cept for this one because they didn't have the green tea I had initially wanted. But, guys. This tea >>>>>>> green tea. It was super tasty and I can't really describe the taste to you. It was sweet and just the right amounts of all the flavours. It's called 'Omijacha' and it literally means five taste tea (O = five, mija = taste and cha = tea) and it's exactly that, sweet, sour, bitter, salty and hot. Sounds a bit odd and awkward but it is so good, really! Promise you! I haven't been to any Korean restaurants here in KL so I don't know if they have it here.

So what I'm really saying is that if you're planning to go to Seoul in the future, please make some time and effort to go to this restaurant. It's a small restaurant but the food and the service is brilliant. Tania and I were really pleased with our lunch hehe 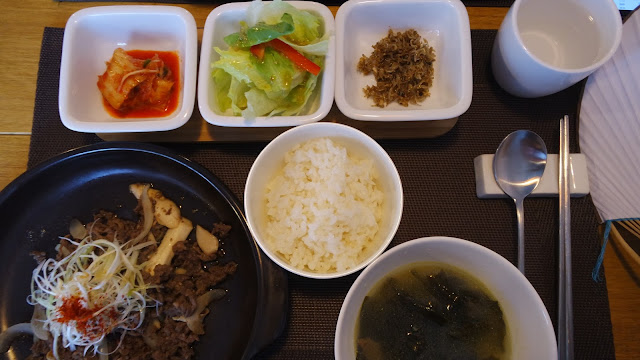 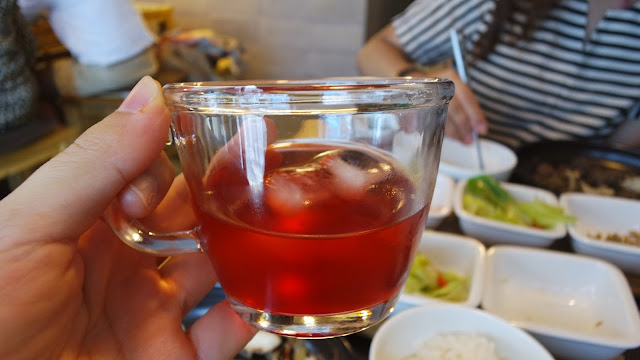 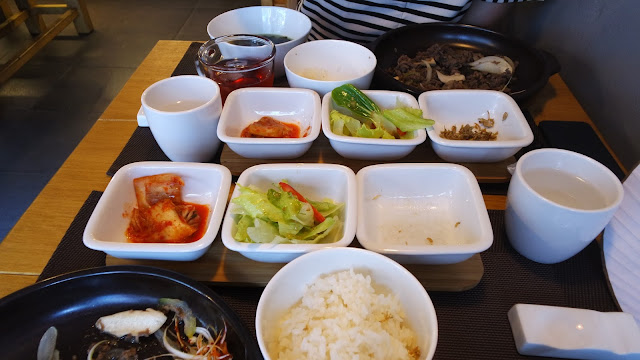 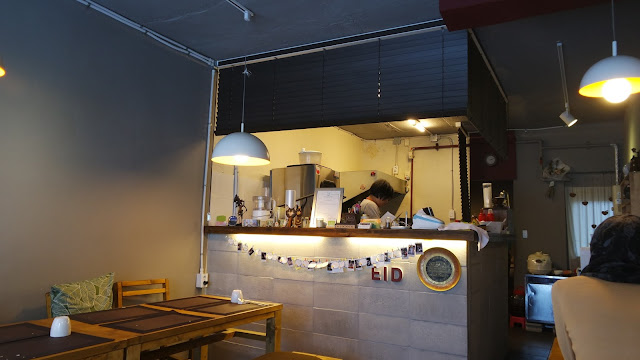 After lunch, we went to Myeongdong with the sole reason of buying k-pop albums. For anyone wondering where they can buy K-Pop albums in Seoul, it's not as easy as one would think! Tania and I couldn't find a legit music store. So thanks to Google, we found that there were 2 in Myeongdong station itself. Find your way to Exit 6 and there will be small shops there selling clothes and souvenirs and there are 2 stores selling k-pop albums and merchandises . Which I went crazy over.

Tania and I borong the albums there because we knew we wouldn't get the chance to get original CD's that cheap and that easily in KL. Heck, we had to buy all of our EXO albums via online.

After browsing through Myeongdong and buying some things, we headed home. I bought a bag in Myeongdong and only to find out when I reached home, that it was missing its detachable strap so guess what I did? I went back to Myeongdong. Myeongdong is relatively quite a distance to travel to from Hongdae so it was so tiring but so worth it because I hadn't been to Myeongdong at night then and it was super lively, with the food stalls and lights and the crowd was so happening. Tania wasn't with me then because she was too lazy to travel so far so she just went to Hongdae's shopping site. After grabbing a quick dinner in Myeongdong, I headed home.

It wasn't an eventful day per se, but still tiring nevertheless!

Ah! As I wanted to say about food earlier, it's actually quite difficult to get ahold of good halal food in Korea. Other than that, the language barrier can be quite stifling for a tourist. I tried to communicate as best I can with what little Korean I know, but still, it was difficult. They're not English friendly and the more you speak English to them, the more they speak Korean back to you. Hahaha, elok lah dua dua tak paham each other. To get halal food, you have to do some research but my best bet would just to head to Itaewon where there'll just be loads of halal food for you to choose from.