After recovering from the havoc dream that was seeing SHINee, we calmed ourselves down with some retail therapy.

Since this was our last full day, Tania wanted to go eat her favourite Indian food just at Sinchon. I didn't mind because I mean, I'm always game for Indian food anywhere in the world. 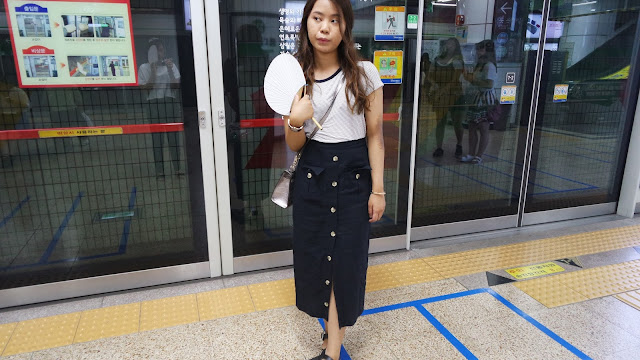 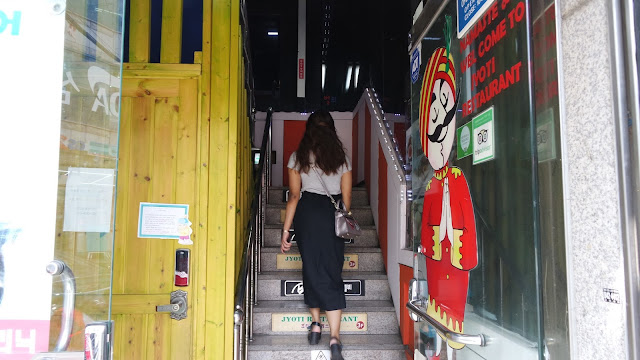 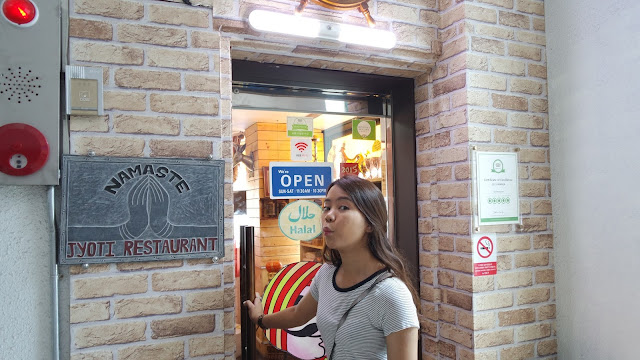 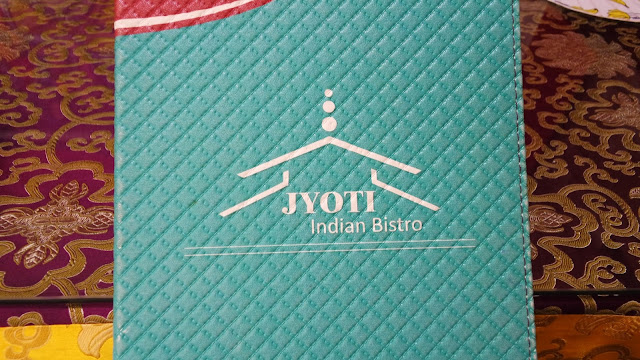 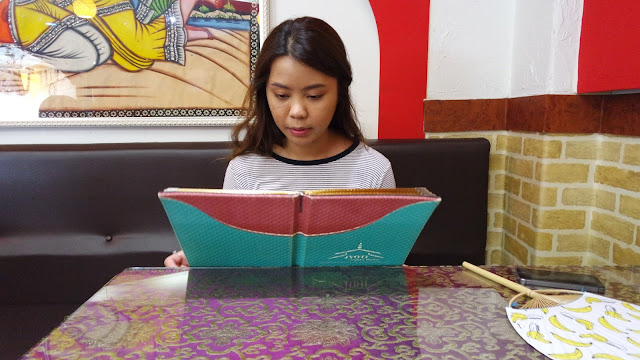 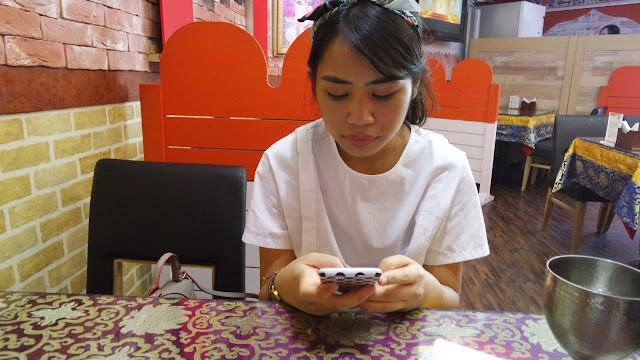 After finishing our lunch (I highly recommend this place too for anyone planning to head to Seoul! It's really good, Tania reckons one of the best she's tasted thus far), we left for Ewha Womans University.

Besides being an actual university, Ewha is also a great place to shop! Because it's heavily populated with university students, shops around the area are catered for a students budget so you can find yourself great bargains for similar or identical clothes you would otherwise find in Hongdae. We already thought Hongdae was cheap, but this was even cheaper! Such bargains you'd find here. Tania and I made a mistake of going here on our last day because man, the things we would have shopped!!  And just endless choices from one shop to another. I'm no good in bargaining but I'm sure if you know how to, they'd give you a good one. Prices range starts from 5000W which is ridiculously cheap for such pretty clothes that you would otherwise wouldn't be able to find here. Ever. 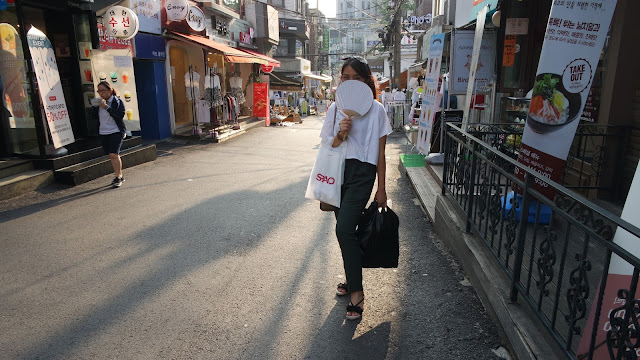 So if I were you, I'd go to Ewha first and then make your way to Hongdae (still my favourite place!). Chances are you'll get a lot more things out of your money. Tania and I didn't do **terrible** amount of damage here because we weren't sure of how much we actually had with us and we were flying off the next day so we wanted to save some money for any emergencies (which we didn't face, thankfully but damn, could've spend a lot more in Ewha!!!!)

After our shopping bit, we walked to the actual university. I didn't expect it to be that beautiful, to be quite frank! It was such a pretty sight! UWE whaaaat? Heh heh 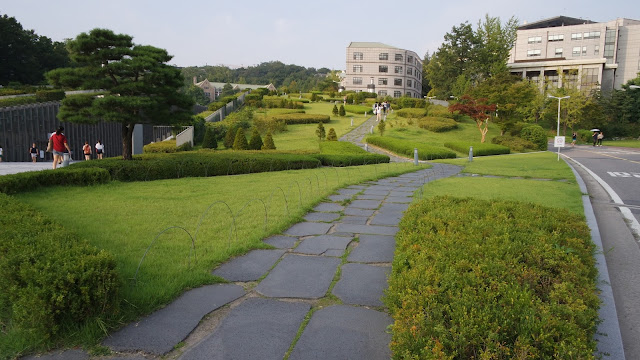 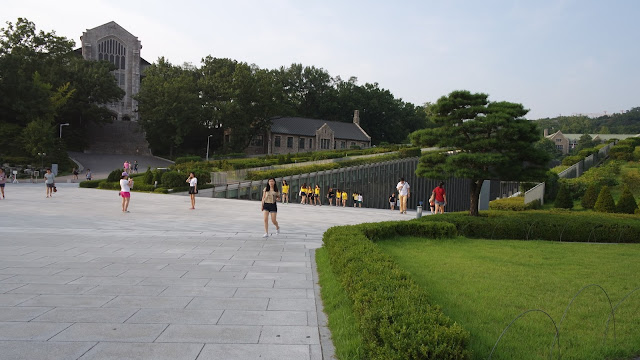 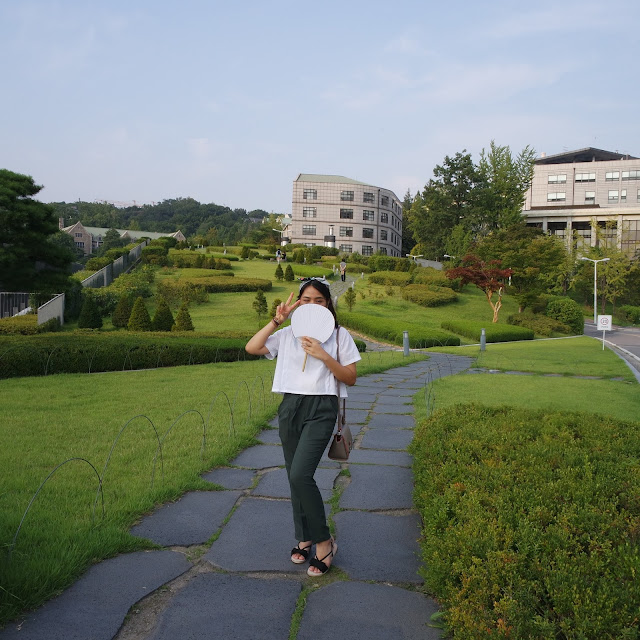 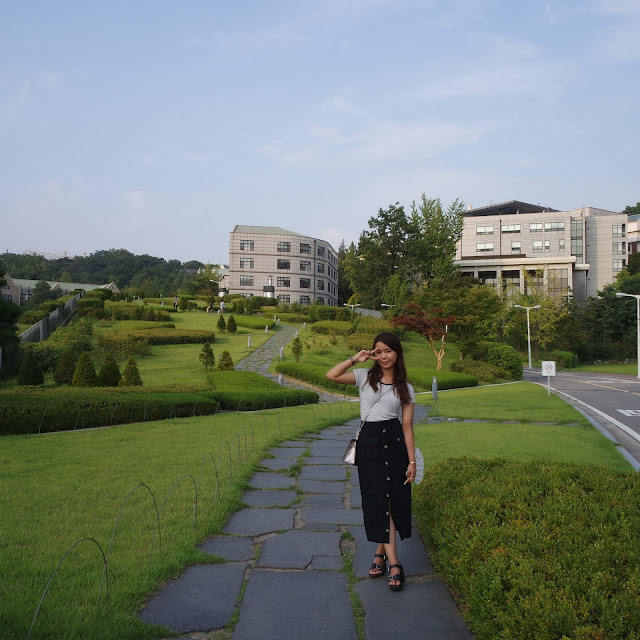 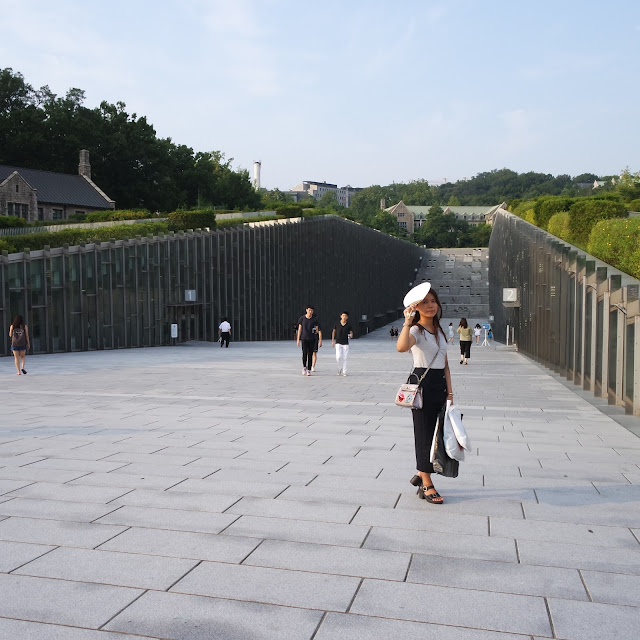 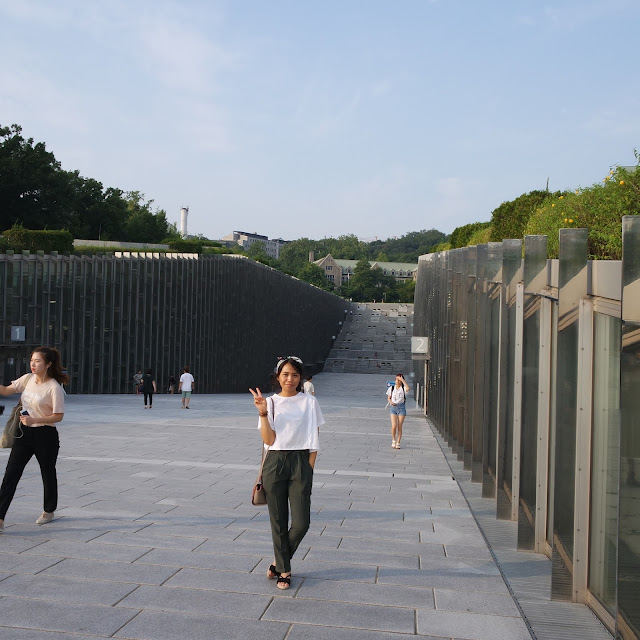 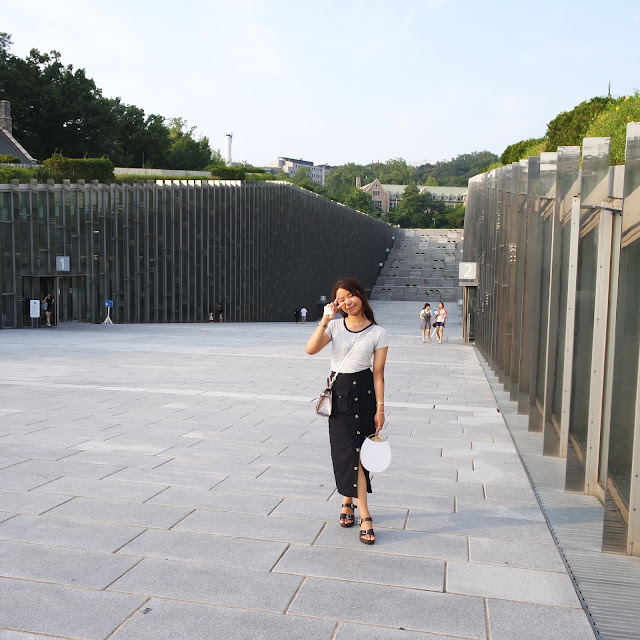 As you can see, all the poses we would do is one with the peace sign. How Asian are we...

Tania is planning to do her summer school in Seoul at this very university and I hope all goes well for her because then I can follow heh heh man, even the thought of possibly going to Seoul again next year pumps me up!

After walking around Ewha, we went home to refresh ourselves before going out again to Hongdae.

Heat rant for the billionth time :

Man, the heat was something else. We were just melting for most of the trip! If I were to go again, I don't know if I'd choose to go in August again. Maybe way way earlier or in September where it'll start getting cooler. Gila punya panas ok, tak exaggerate!

We decided to end our night in Hongdae because it's both our favourite place in Seoul because of how ridiculously lively it is. Everyone's with their friends and just having a damn good time whether it's eating chicken with beer, singing karaoke, shopping, or gathering around Korea's next biggest popstar. The air was intoxicated with energy and it radiated such a youthful vibe. In short, every night was a damn party. A damn happening one, at that. There's bound to be a singer or dancers doing their thing for the crowd in every corner. It was so great and refreshing to see the passion in them. Tania and I came across this singer on his guitar singing English songs. He was brilliant. Blew me away with his voice. You can see a part of his song on my Instagram and also on Tania's. His guitar skills were ace but above all, his singing. So jazzy, so sultry, so damn melodious. Bit by bit, more and more people were crowding around this songbird, enamoured by his singing. Unfortunately, the police came and shooed him away which was a big pity because he was just THAT good and so many people protested against this because we didn't want it to end. I hope everything goes well for the chap, he deserves to be heard by the world! 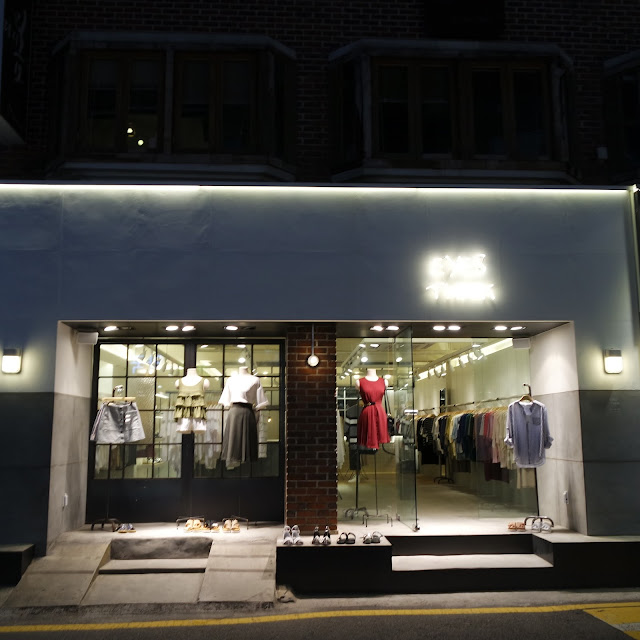 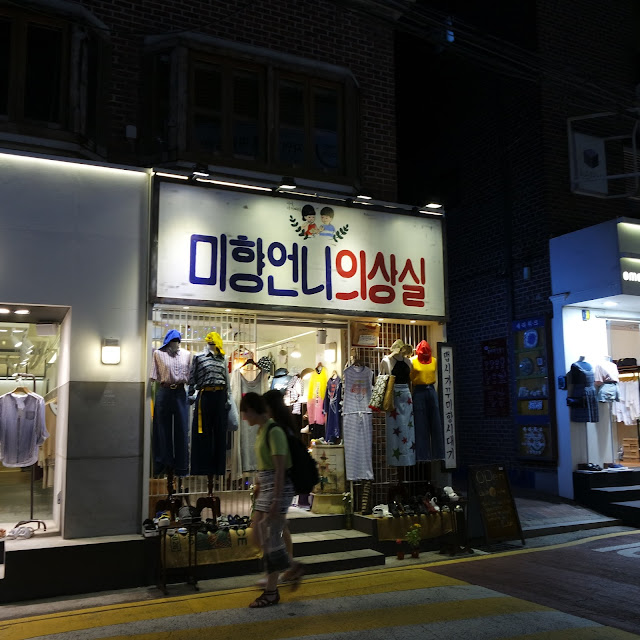 I LOVE this shop. I bought the black skirt I was wearing in this blog post from this shop and I love the 2 unnie's working there!  They're so friendly (the blonde one even said I could speak Korean well hehe always makes my day that comment!!) and so helpful with so many things. They had a sick range of clothes to choose from, and it was all very exclusive to this shop only so you won't find the same ones elsewhere. SICK!!!! Best gila, always rambang mata. 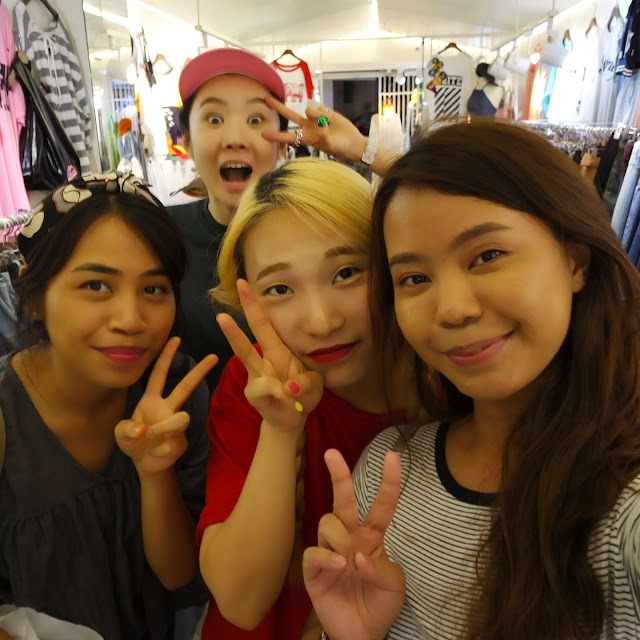 I wore the skirt that I brought from them earlier when we went for a second visit and the blonde unnie ('kak' in Korean basically) came rushing to me saying "WAAAA YEPPEOYO!!!" (Yeppeo = pretty) when she saw me. So cute lah. Also, to note : the Koreans and I can get along well lah, they're always so game for a selfie (or selca as they'd call it in Korea). Love them! 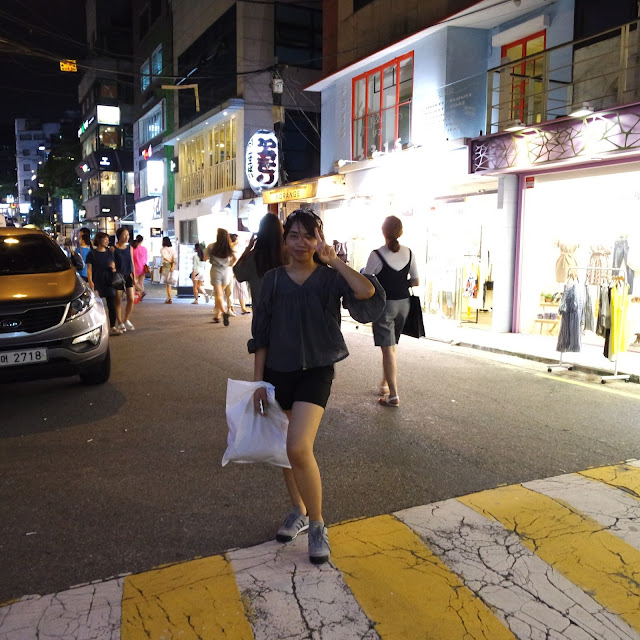 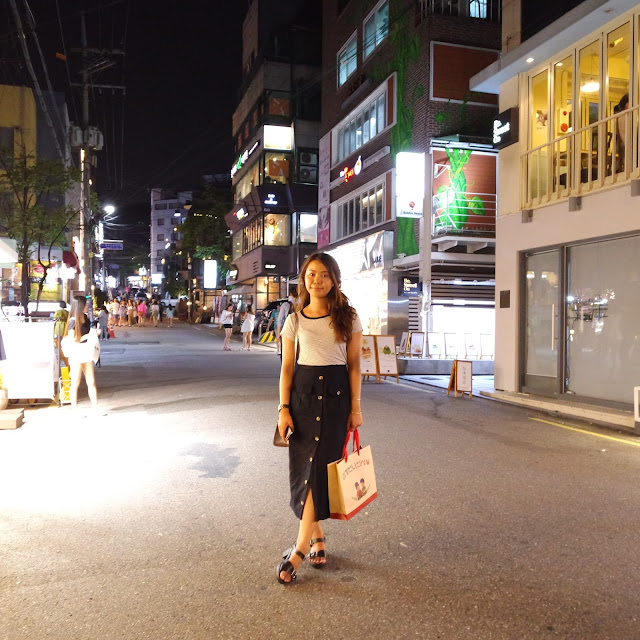 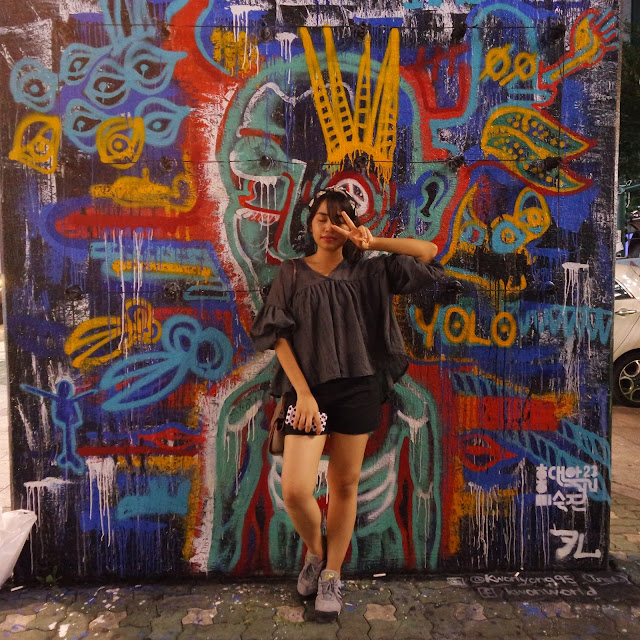 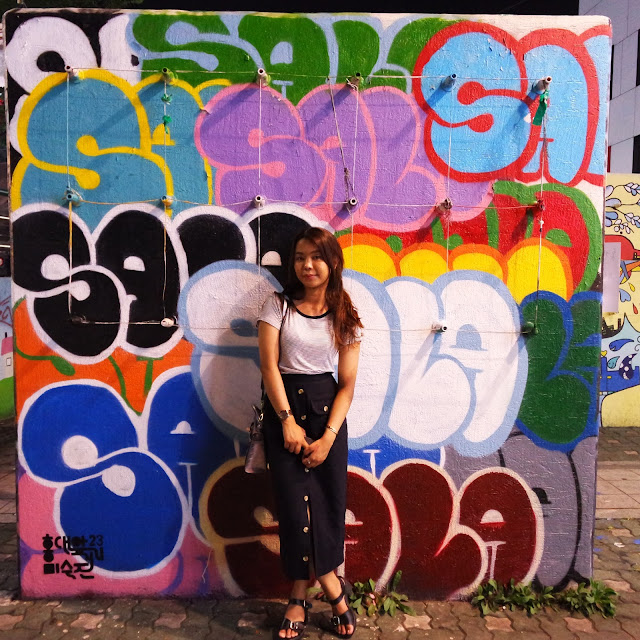 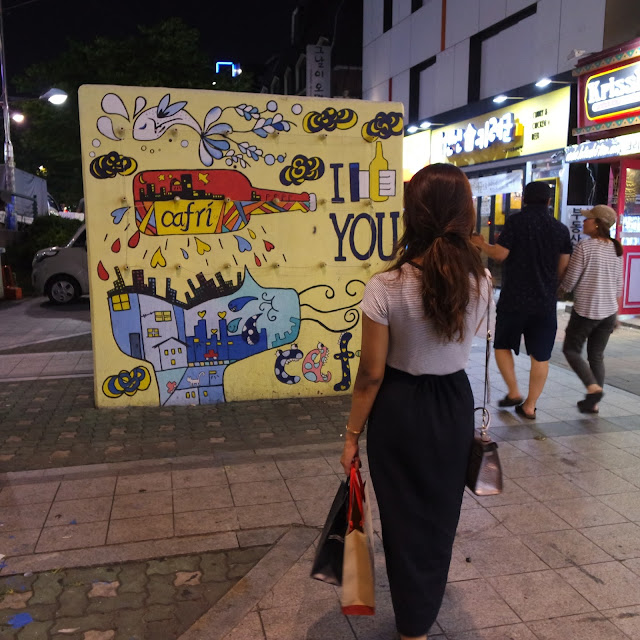 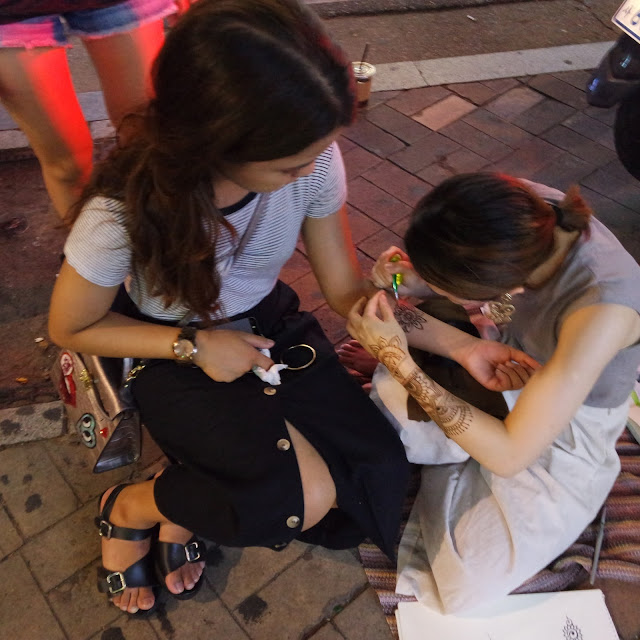 Tania got a temporary tattoo from a stall somewhere in Hongdae and we were so pleasantly surprised when the guy manning the stall spoke perfect English. A Korean speaking English in an American accent is pretty hard to get by so we were surprised to say the least. Turns out he studied in America for quite some time. Handsome pulak tu hahaha
And I saw this lady doing henna so I thought why not! How random to do innai kat Seoul but oh well.

Then, after a great great night out, we left for home which was just across the street.

The next day, we left for KL already so we left the apartment by 1130 and headed for the airport. I'd highly recommend the place we stayed at because Hongdae Station has a direct line to the airport so it was very convenient for us. Anyone who wants to inquire about the lovely, lovely accommodation we stayed at, don't hesitate to drop me a comment! I'd gladly tell you.

Thus our holiday comes to an end!

This is my first time going for a holiday and writing all about it in 7 different posts for each and every day. Usually, I'd sum it all in one post, at most two. Just goes to show how much I loved Seoul.

I had high expectations of the place and I've never been so excited to go somewhere ever. So stepping foot in Seoul, amidst the crazy humidity, was exhilarating for me. I sound so over but it really was a dream come true once we got to Seoul. I loved everything about it, even up til the last day, I was amazed at everything I saw, from seeing how the people would obediently queue up to get into the tube (even London can't compete) to seeing the very buildings my favourite K-Pop artists would train at. Can you imagine me and Tania just 24/7 fangirling over a city?!?!?!

From the fashion (we wanted to buy everything in stock), to the music (every shop we went in, we sang to every song they were playing), to the people (we couldn't stop gawking at their flawless complexion), to the vibrant energy and upbeat vibe the city effortlessly exuded. And I also loved (and am personally quite proud of) that I could hold a conversation with the locals even for just a bit, phew! My Korean wasn't as bad as I had initially thought; even Tania was shocked! It was great motivation for me to keep studying Korean.

Whenever someone asks me how was my trip, I don't usually go into great detail because if I do, I'll go on just forever and I'm scared to bore you to death so here's my conclusion, simply put, of my Korean holiday :

Next to my own home, Seoul is my favourite place in the whole wide world. I'm not even close to kidding around - it really is one of the best places I've ever been. I've never been so happy on a vacation and I don't usually miss a holiday (because I tend to put the comforts of my own home over everything else) but I miss Seoul so, so much and if I was given the opportunity to go again, I would do it in a heartbeat.

Also, special thanks to my little sister, Tania, for being so tolerant of me throughout the trip (if you think my complaining of the heat through my blog posts was annoying, imagine me there), and for being so patient with me. For planning everything ahead, and for being my personal GPS and tube map, thank you. I hope we can make this a tradition - us going on holidays just the two of us. We had the best fun and it was largely thanks to you for planning way in advance (she had an itinerary laid out like 3 months before).
From freaking the freak out after seeing SHINee to getting lost in Gangnam to shopping up a storm in Hongdae and Myeongdong to randomly singing and dancing to Big Bang and Sistar on the streets, thanks my darling sister.

Love you, Tanners, even more than I love Seoul and EXO combined.
And that's pretty major.