Day 2 was a touristy day for us. Tania went online to find a tour bus for us and apparently there weren't any open top ones like how they usually have in other places. This was a closed top... and with no audio guide.... and the tour guide was Korean... and spoke in Korean... to the Koreans onboard.
There were some other foreigners but very little - most of the ones on board the bus were locals.

We stopped first at Deoksugung palace and it was blazing hot! We walked around and took some photos - there weren't too many people so it was nice. Kinda reminded me of the walks around botanical garden in Penang when I was small. 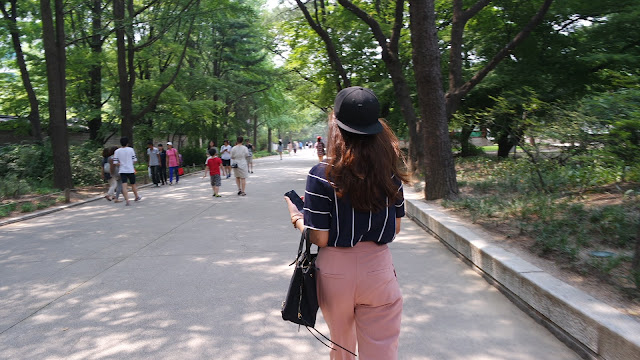 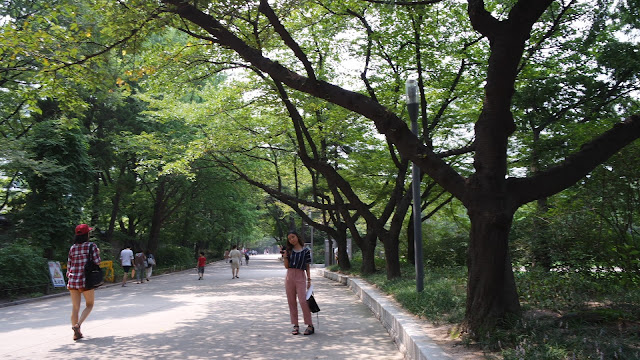 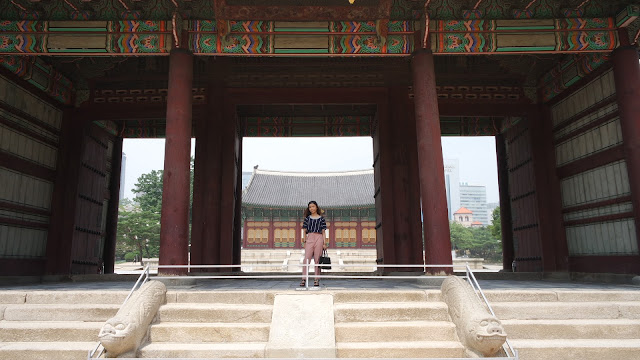 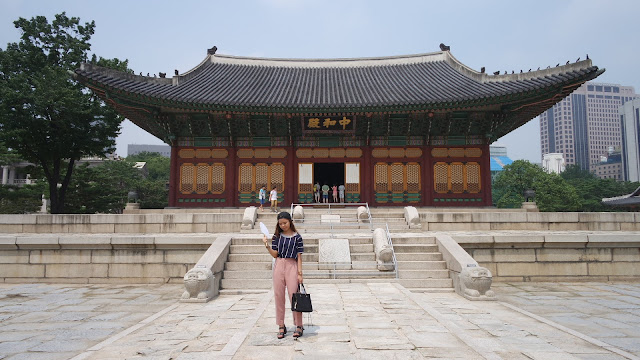 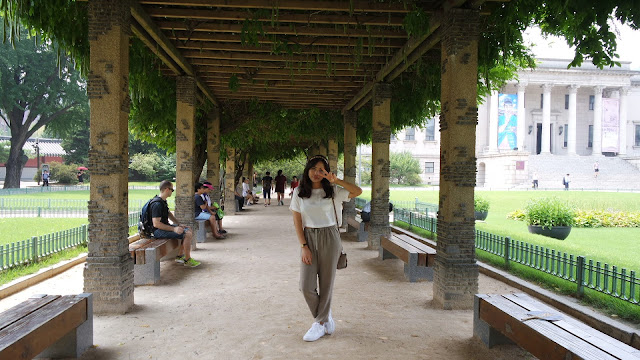 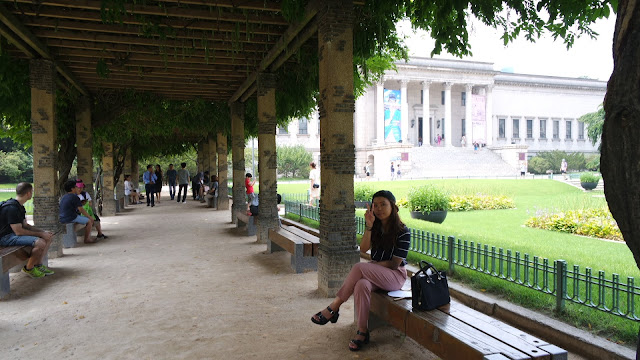 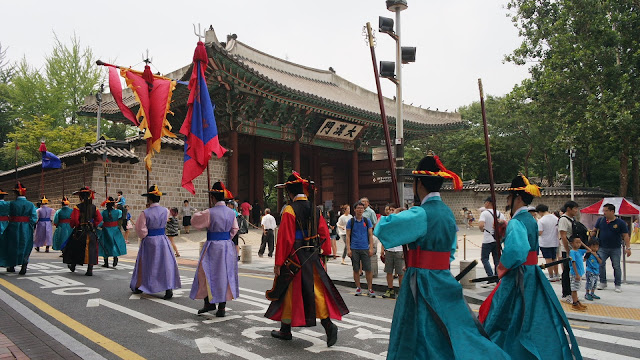 Then we went to have lunch because we were starving. One thing though, if you're a foreigner, I think it's a little bit difficult to find good food? I'm not really the biggest fan of Korean food and seeing how a lot of their meals centre around meat and pork (and vegetables), it was quite difficult to get ahold of decent food. I said this to Tania the other day, shopping is so much easier for a tourist than eating here. They don't really try to speak English in restaurants and cafes as they might be in shops where there'd be more tourists. As much as I love Seoul and everything it offers, I can't wait to eat nasi again in KL hahaha

After lunching, we continued with the tour. The tour bus came every 25 minutes (right on time, guys, no delay at all! Not even a minute!); some buses had audio guides and some didn't so it really just depends on your luck. The audio guides were meh so I didn't even bother. We then hopped off at Itaewon, apparently known to be where most expats reside. It was a quiet day though we thought. The shops along the street were really cool though but we didn't get anything because we promised each other to save up for the next day.

We went around but left shortly after for the next stop; Namsan Tower!!

We were excited for this because it's such a big tourist place and I've known about this place because it's been featured in a lot of fun variety shows (ahem EXO Showtime and Running Man) so it was cool to be there. 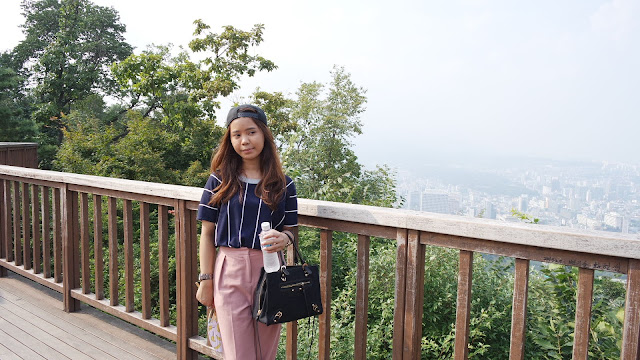 We had to walk up a REALLY steep hill to get there. The tour bus didn't stop at the cable car station so  while some people had the luxury to get to the top using the cable car, we had to walk. I was panting and we had to take a second to collect ourselves hahaha how UNFIT 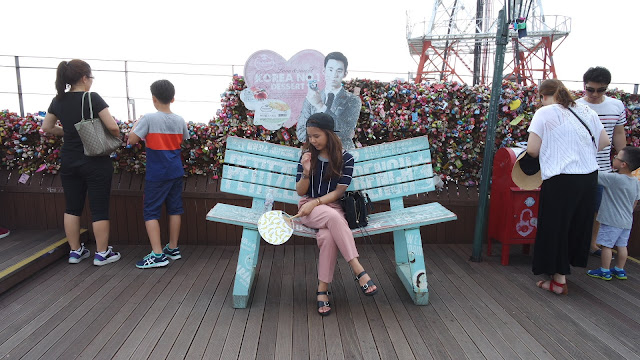 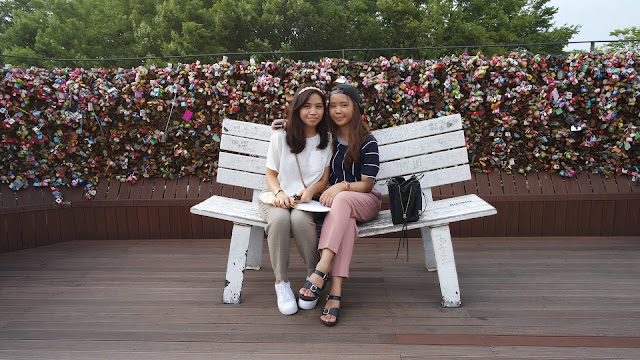 After taking loads of photos with love locks, we got on the tour bus again. We had to pay 9000W for that and it was a good experience to get a 360 view of essentially Seoul city! Beaut. 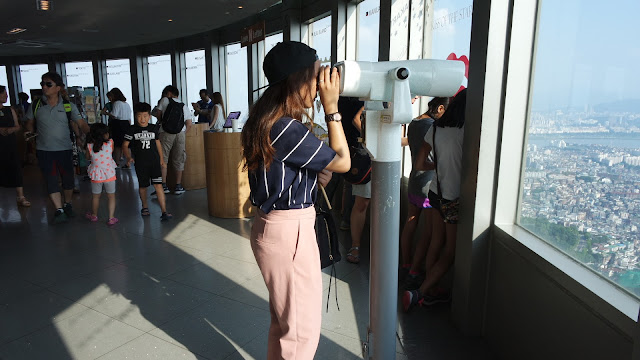 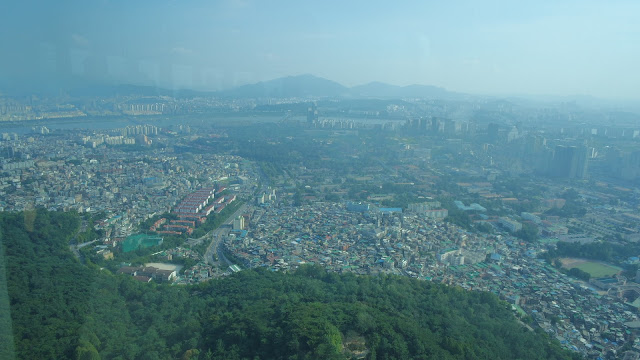 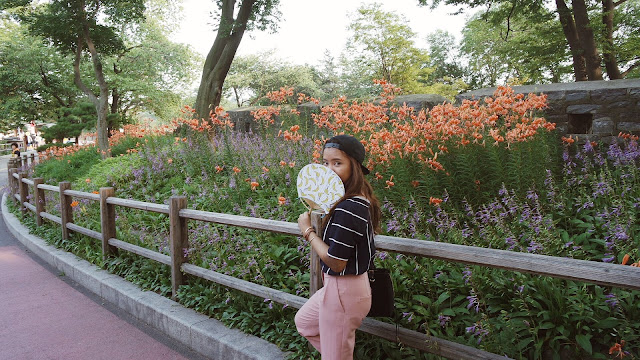 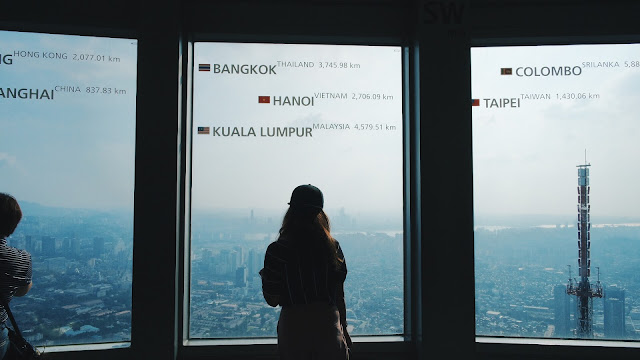 Went to the gift shop and Tania got some things and we came across this! 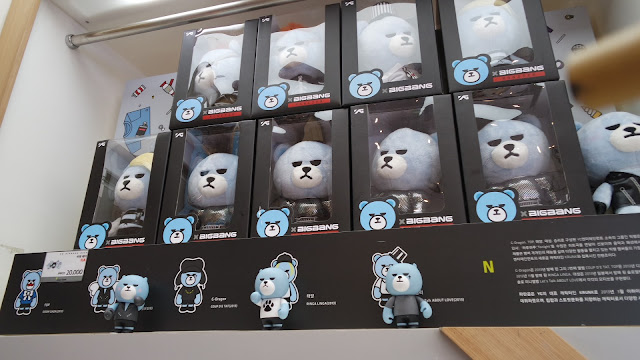 We finished the tour and went for dinner. Decided on finally eating some Korean food and we just went into a random Korean restaurant... and settled for ramyeon.

Guys, it's just Maggi served in a fancy bowl. Watching all the Koreans crave for this macam lah sedap gila je kan tengok dorang makan sedap pulak. I mean, it IS good but it's not something I'd consider to eat in a nice decent restaurant. To be fair, they served telur also... 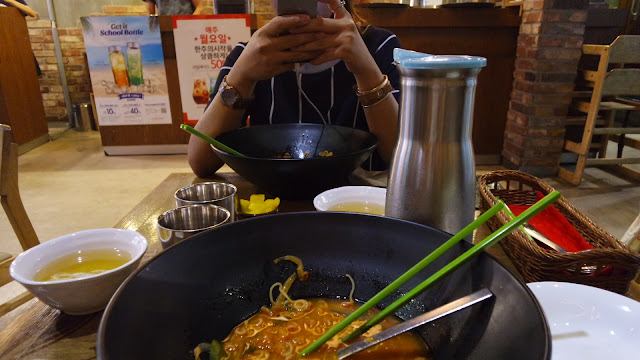 It's half past 2 am and Tania is sleeping next to me and it's raining outside. YES!!! Raining!!!! We've been quite blessed to have nice weather this few days in Seoul, albeit hot as heck but I mean, at least it's not raining. Give me the heat anytime over rain especially during a holiday like this!!

If you've been to Seoul, please do tell us of good places to eat because we are hungry hahaha
Written (technically typed) by Nadia Zainudin at 1:28 AM