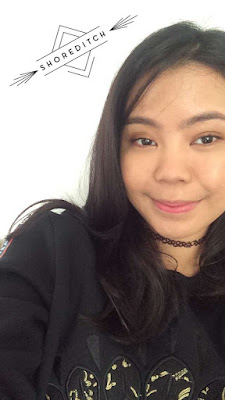 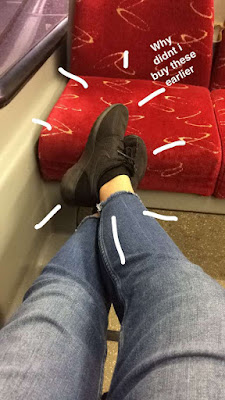 (Yes, guys! Finally bought the pair of Roshe Runs and it has been amazing thus far. My poor feet are thanking me loads!)

I had a GREAT weekend in London!

My birthday was on Tuesday and seeing how I've finished with exams, thought I'd give London a quick drop by to celebrate with my London friends.

I arrived Friday and met up with Pana for dinner at Khan's. Azam, Ah Chong (whose real name is actually Akmal), Syazwan and Fatin also joined. I was craving for Indian food and I hadn't had Khan's in such a long time and I was craving for their chicken jalfrezi (amazing but can be very spicy!). It never disappoints! I was so confident I wouldn't be able to finish the whole serving of pilau rice but I totally gobbled that up in a sec.

So graceful, I know. 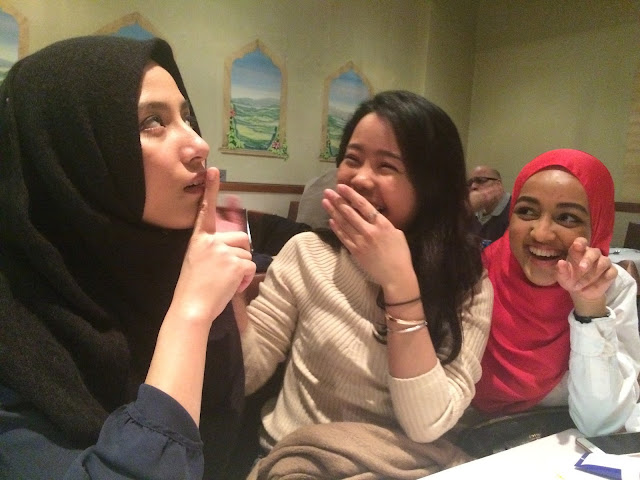 Honestly, Pana is one of my funniest and funnest friends and she always makes me laugh because she is just so silly (I don't want to say 'stupid' because she's actually very smart) and so shameless... that day she bought a pack of googly eyes and went around Oxford Street to stick it around objects and Snapchatted the whole damn thing. I wasn't there when she did it but I was already so, so embarrassed for her. She was also the one to buy me a Grow-It-Yourself Boyfriend. Very thoughtful this one is... but nevertheless, funniest and funnest company. Thanks Pana for dinner and for the Crystal Experiment present! You are #1 jinjja!

And the next day, I started the day later than I'd like but what's new really in my world. The weather in London that weekend was so nice and warm! It wasn't sunny but it was quite warm so I jumped right out of bed and got ready for my day. Not often you see a warm and comfortable England! Went to Oxford Circus and did some window shopping. My favourite Topshop is undoubtedly their flagship store in Oxford Circus so I always, always make time to go there. The one in Bristol isn't that big and so it doesn't really have lots to offer. Especially with their jeans so I always get mine from the Oxford Circus branch. I also bought a dusty pink boxy blouse which I've been eyeing for so long now. There wasn't one in the shop in Bristol so I just nabbed it quick when I saw it in London. I wore it for my birthday dinner that night. It's such a simple blouse but I'm so into 'dusty rose pink' these days that I couldn't pass it up. Do you know how hard it is to find that colour anywhere these days!! I also bought a pair of cropped flare jeans (my new favourite jean silhouette and I know I say that after everytime I buy a new pair but I'm for real this time).

I then met up with Azam for lunch at Stax. Yum! I love Stax, I always make it a point to have my burger fix there. If only they could find themselves a bigger branch! There's always a >30 minute wait any day any time! Worth it but I'm so lazy to have to wait all the time.

We then went around for a bit and finally went to settle down for tea at Le Pain Quotidien in the Westfield at Shepherds Bush before making our way to Meat Co.

Dinner was so much fun, we spoiled ourselves with steak, lamb and puddings and enjoyed it over laughs and catching up. I haven't met some of them (actually all of them) in agessss so my turning 23 was a great excuse to meet up.

Also, it was a nice change from cooking and/or take-outs as students do. 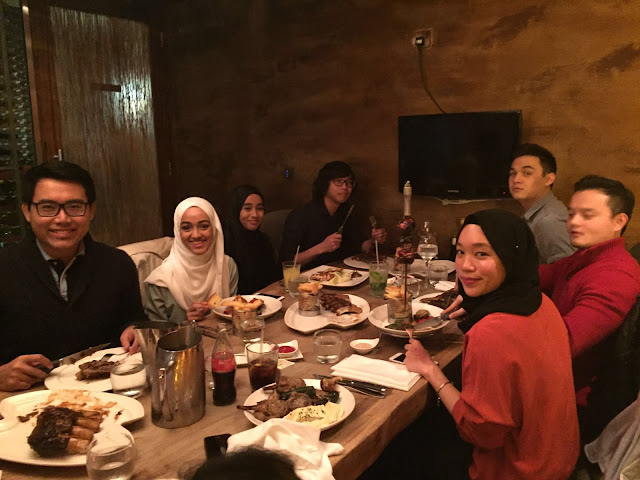 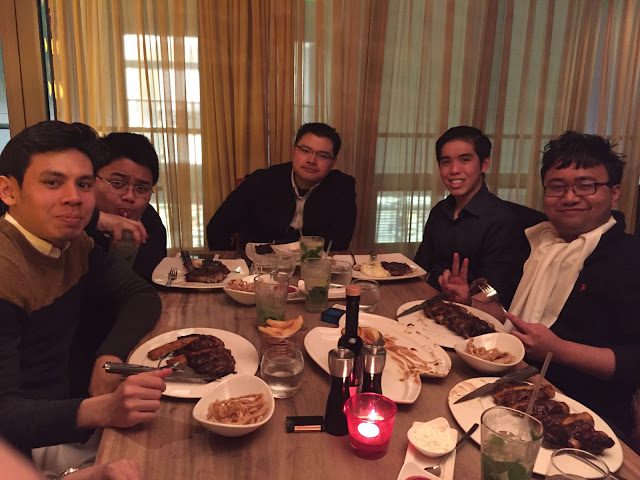 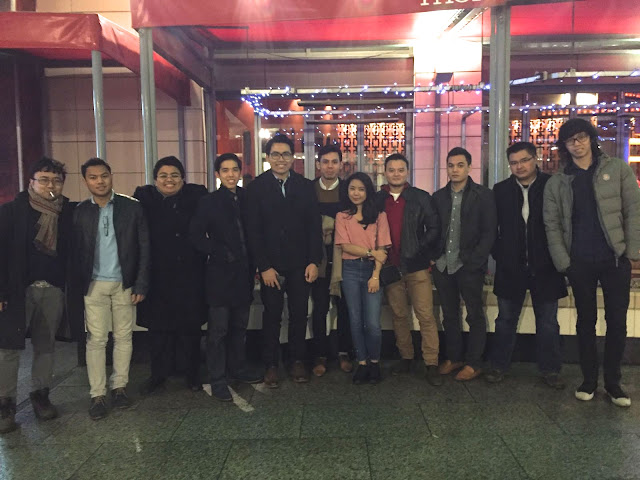 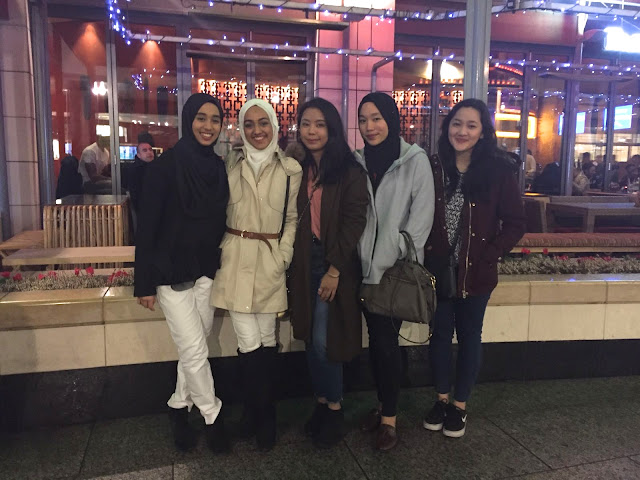 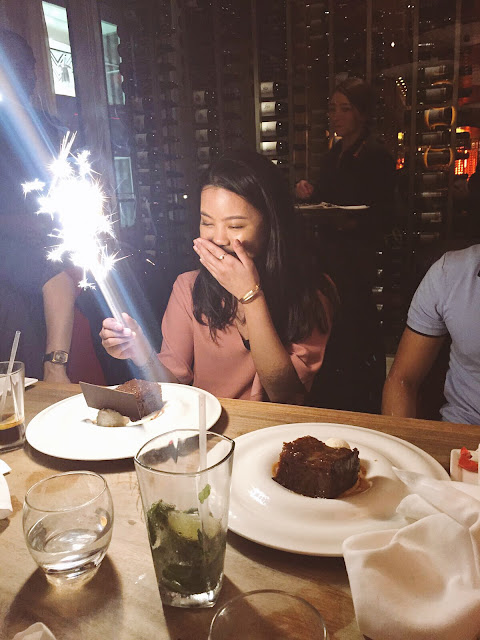 I'm so happy that I got to meet them because this year would be the last year I'd be celebrating abroad! Although I miss celebrating old school with my family, I'm going to miss having dinners like these in the UK, cold and all. Special thanks to my Bristol friends especially for always planning a birthday dinner for me, means the world that you take the time and effort for me every January 19th! I think it just finally really hit me that this is my third year in the UK already. How did the past 3 birthdays just fly by! I turned 21 here, for Gods sake!!!

I sent photos from both my birthday dinners and she said

"Very very nice! You're going to miss all of this!"

and I know I will and in fact, I already am. I already miss my first year here. Hwaaaaaaa, I was so set on going back home already but I'm feeling so nostalgic and we are just growing up way too fast! Can everyone stop, please!! I always cherish every second of gatherings with friends because I always tell myself when ever do we get the chance to do all this again in the future! We are so seriously so close to finishing formal education which is already pretty surreal to think about. It's going to be work, work, work, family, family, family from now on. Priorities change and soon we'll all have to RSVP for two instead of just one.

On Sunday, I also went out and shopped and I got a denim jacket. I loooôöòóove it, guys!!! I've been meaning to get one but nothing seemed right. Either too short and cropped or too stiff. I wanted something that was light and shapeless so it looks really effortless. I didn't want anything too heavy either because that'll just be way too suffocating for KL's humidity. And the one I bought was just perfect! I love it so much, I beam with happiness whenever I open my closet seeing it hung and so ready for me to wear it out. Which won't happen til atleast April because it has been raining so much in Bristol. Sigh. I also met up with some of my juniors from college and Puchee, Hanna and I got dinner at Hare & Tortoise in Brunswick Centre which was really, really sedap! It just says 'Japanese food' but it's really a Pan-Asian restaurant. I had duck rice, Puchee had Pad Thai and Hanna had curry laksa which was so ace! I then followed them back home for a bit to talk and gossip more before finally coming back to Fatin's.

As great as everything was, the highlight of my weekend was most probably when Iman came over to Fatin's place on Friday night 'cause he wanted to print something out and the three of us ended up in deep conversation about A-Z from 1 to to almost 5 AM !! We were so sleepy but conversation just kept going on and it was just really fun to be able to catch up with old friends. Everyone's been a bit busy now that we're nearing the end of degrees so uni work tend to get a bit overwhelming so catch ups like these come very so often but when it does, it is so so so so so fun. Which is why I love just small parties where opinions and ideas bounce between 3-4 people. I love just getting tea and coffee and just borak for hours on end, explaining why I love late-night mamak sessions with my friends back home. We don't have that here so dekat rumah lambat malam pun jadilah.

You just get to know about each other 10x more every time you talk and with the right people, you can just talk about anything and everything. Fatin pointed out that we should start writing down the topics we talk about because that night, we spanned a wide range of very interesting (albeit random) topics such as dating and Tan Sri Syed Mokhtar. Definitely a lot more than that but my memory is just not serving me well tonight. I loved it lots and it was the highlight of my weekend because I hardly just sit down and talk with a few people for hours on end and never running out of things to say, so to be able to do it after so long was refreshing and just very, very nice.
Thanks Iman and Fatin!!! I look forward to more conversations like these!

I had *such* a great weekend and it was largely thanks to my friends so major l o v e for everyone who came out to celebrate with me; even if it was just for a while. 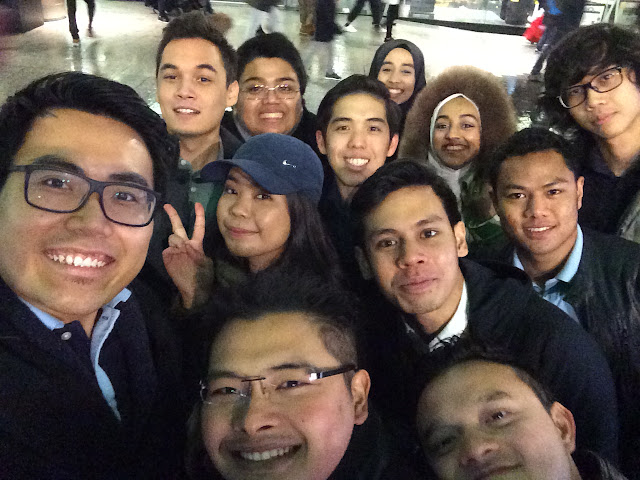 To more 4 hour long conversations and laughs about Ah Chong's very serious interviews (within 15 seconds of coming to sit at his end of the table, he asked me "So Nadia, what do you want to do after studying? What does your future look like, do you think?" Hahahaha but great laughs anyway.), kawan-kawan, rakan-rakanku.


Song of the day : All My Friends by Snakehips feat Tinashe and Chance The Rapper
Written (technically typed) by Nadia Zainudin at 11:25 AM