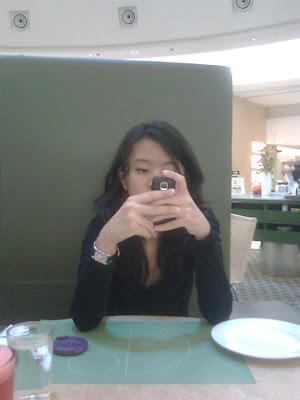 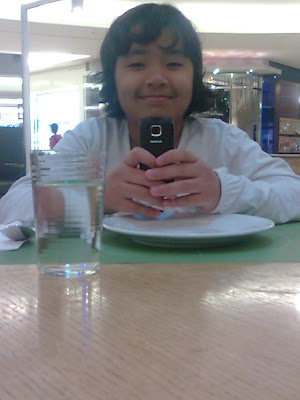 Today was relatively mundane. Don't get me wrong, I really wanted to go for cross country but I was too tired (I don't know from what, I get tired so easily nowadays -____-). But I woke up at 730 anyway and got dressed hoping Uncle Reza could send me but he didn't pick up his phone. I was already decked in my baju rumah sukan k. Damn sad. Hahaha. Regretted not waking up earlier but oh well. I actually surveyed gyms online hoping to enroll in one with my mum (has been on our agenda since.. forever) but gave up.
Since only my dad, Iman and I were at home, we decided to go out for lunch and resorted to Chinoz at the Gardens mall. Had my usual salt beef sandwich which was up tops. Even had affogato (?) which was aptly described as 'vanilla ice cream bathed in espresso'. I hated it. Tak sedap langsung.
Had the worst menstrual pains of all time and I had to go search for a pharmacy and bought those pink Panadol pills and sat down for a good half hour because walking seemed like a form of torture. ANYWAY met up with Papa back at Gardens and I went to Borders to get myself the new Teen Vogue. And well, I was in bloody pain the whole time.
Went home and that was pretty much it. My whole day. -_-
I have this 10 hour BM seminar at UM and I'm contemplating to go because of this period pain but I really want to go. But it's 10 hours. And we have to be in school by 7. Freaking ridiculous seeing how the seminar starts only at 9. Huge rush for nothing.
Sleeping now.
Written (technically typed) by Nadia Zainudin at 12:41 AM